Shyanne O’Shea slipped on the glittering underwear and struck a bold pose at The Cenotaph in Southend-on-Sea, Essex. 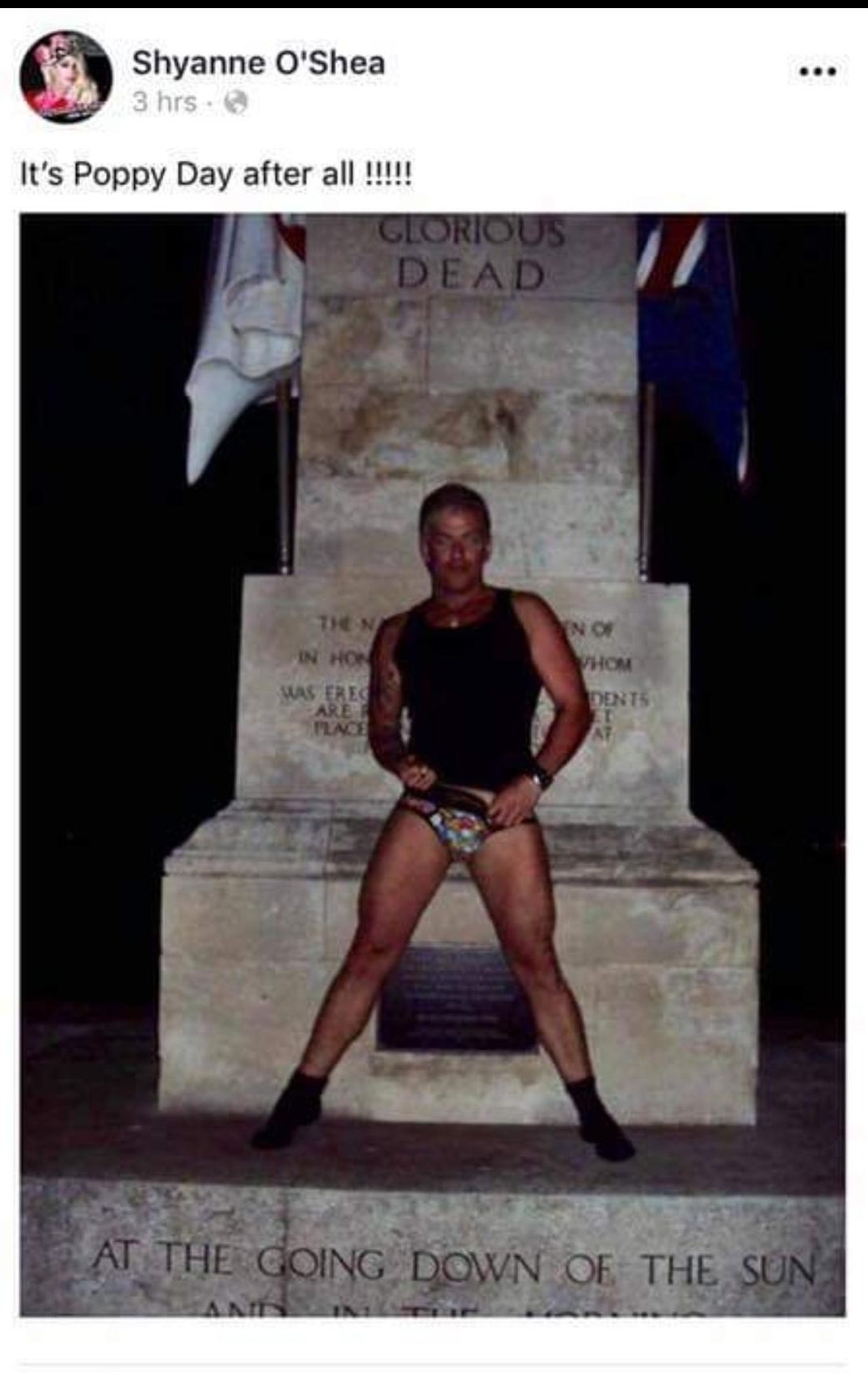 He posted the picture – taken 10 years ago – on a Facebook page called Canvey and Surrounding Areas LGBT Support Group with the caption: “It’s Poppy Day after all!!!!!”

O’Shea, who once put on a show at The Royal British Legion in Westcliff-on-Sea, was immediately blasted on the page with 158 members for being insensitive.

David Freedman wrote: "This is so awful! We need to respect the people who served for our country, not slate them off! It's so distasteful!" 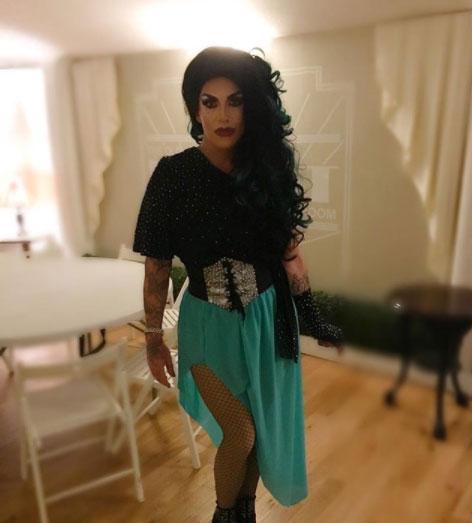 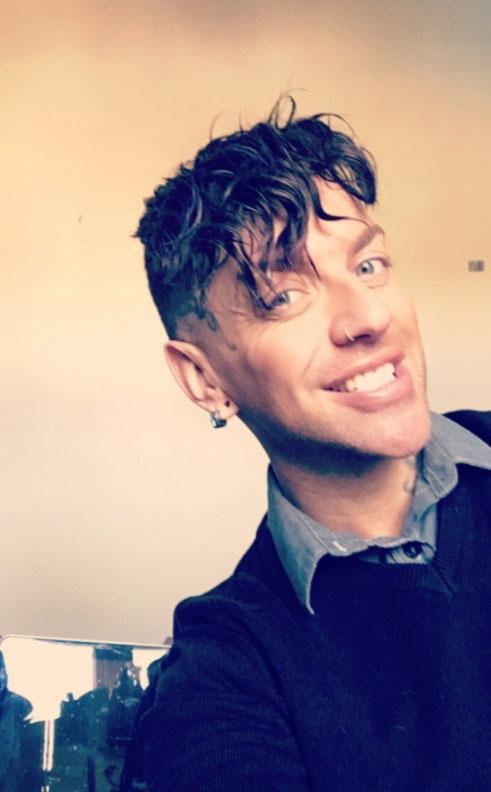 “For a cheap tacky publicity-stunt! #lessweforget shame on your Garri Bailey aka Shyanne O’Shea! On Remembrance Sunday!”

Julie Ann Gray, added: “I’m sure my Great granddad, his brothers, my granddad, his sons & daughters, my brother and all the others who SERVED YOU AND YOUR COUNTRY would appreciate you crawling back under the rock you came from you stupid ignorant little reprobate.” 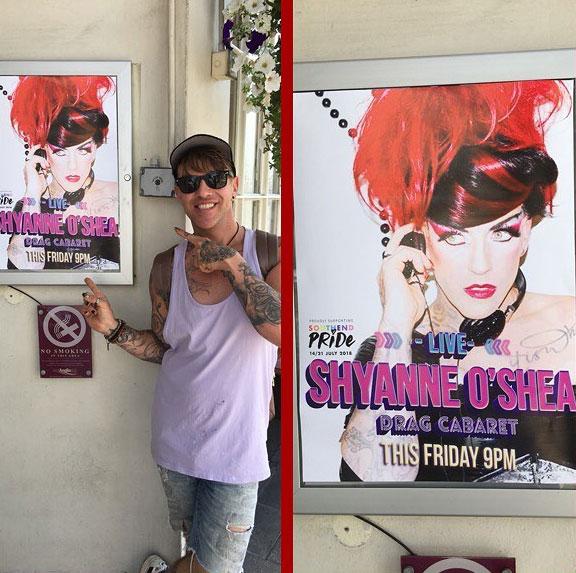 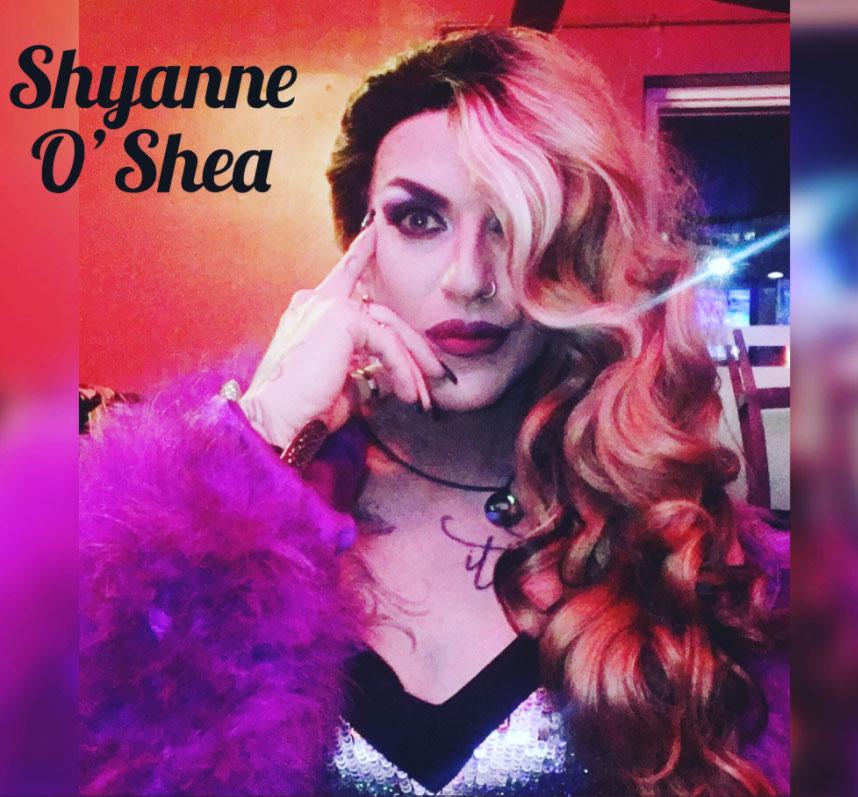 The drag star later removed the post and apologised after she faced a backlash on Sunday.

He posted: “If I offended anyone by the picture I put up this morning, I highly apologise and took it down as soon as someone said to me it was disrespectful as I personally didn’t see it that way.” 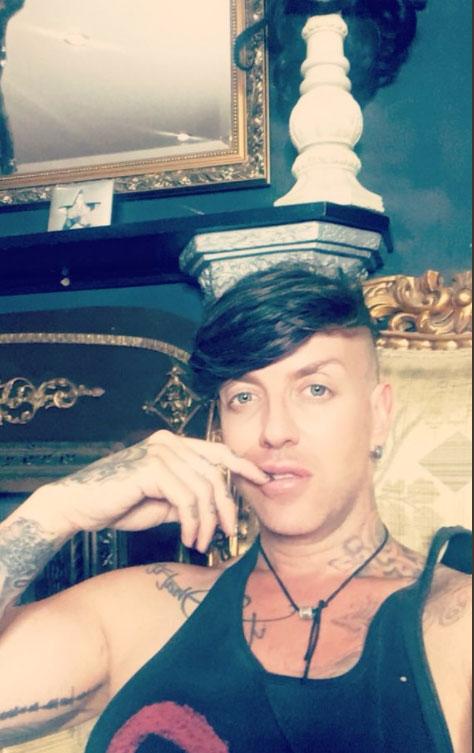 The DJ and model, who has appeared on Channel 5’s Blind Date, added: “I’ve worked alongside the British Legion in the past and will do again to raise money for veterans and other charities too.”

O’Shea did not respond to The Sun's request for comment at the time of publication.