Many in the West believed that Mr Erdogan’s deal with the Kremlin to attain Russian S-400 missiles signalled a shift in loyalty from NATO to Moscow, but Turkey has a long history of believing in its own right to become an influential country on the world stage. One expert on Turkish politics told Express.co.uk: “From roughly 2002 onwards, Turkey increasingly saw itself as an important country in the world, the term Ottomanism is always used. What people mean by that is Turkey saw itself as a regional superpower.

“Because of this, Turkey thinks that it should act in its own interest by itself and stand up on its own two feet, and when you put these things together, no wonder Turkey decides to deal with its perceived security threats regardless of what the US thinks.

However, Turkey’s violent incursion into Syria had a drastic impact domestically, as US sanctions left a big mark on an already faltering Turkish economy that has led to increasing pressure on Mr Erdogan at home. 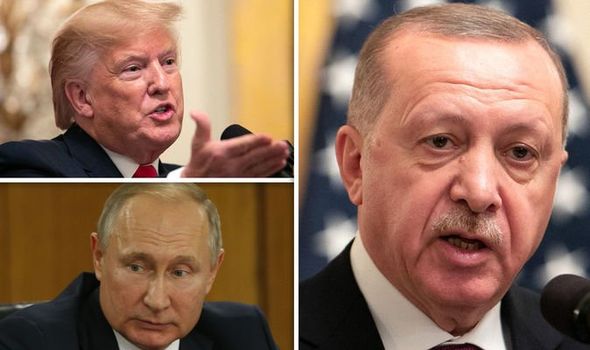 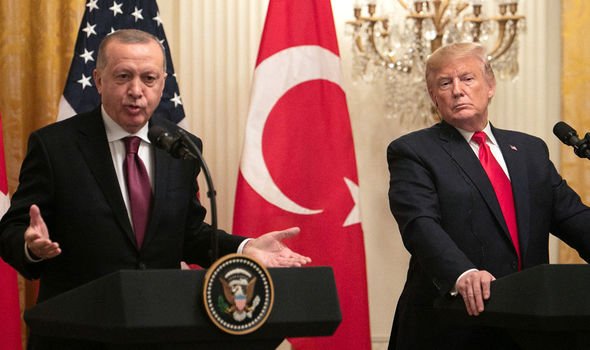 But Dr Simon Waldman believes this miscalculation from the Turkish leader derives from his country’s “delusion of grandeur.”

He continued: “I think that’s Erdogan’s misstep, but the delusions of grandeur from Turkey’s government led them away from thinking about this economic argument.

“It’s not as if Turkey is looking at the US as an enemy, but Turkey is thinking ‘why should we not have an independent foreign policy’? Erdogan believes there should be a place for Turkey on the international stage. 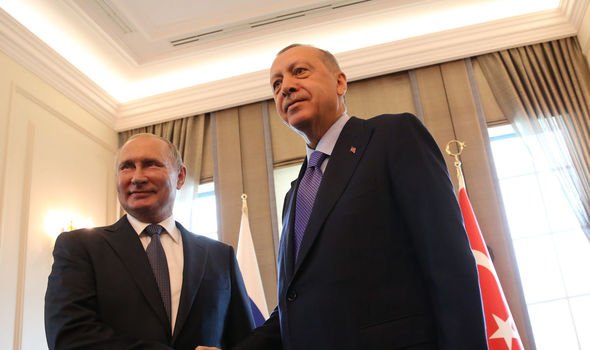 “During the Cablegate Wikileaks scandal, one cable from the Ambassador of Turkey said something along the lines of  ‘Turkey has Rolls Royce dreams but Rover resources’, and you know what, he was right.

“The aspiration of Turkey is to be a major power, but it is a medium sized power. So delusions of grandeur are certainly a factor. “

Despite Mr Erdogan’s growing relationship with President Putin in Russia, Dr Waldman highlights that Turkey does not see itself as a subordinate ally to either the US or Russia, instead aiming to become an equivalent to the two countries on the international stage. 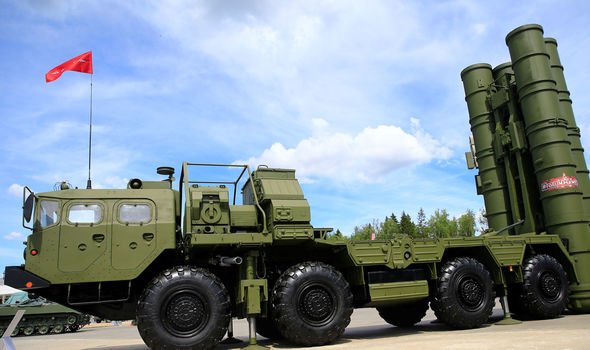 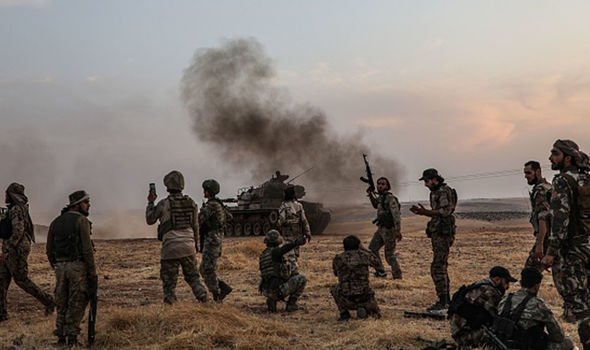 He added: “Turkey sees itself as an important regional superpower, when Erodogan discusses Putin, he isn’t talking to a higher power, he believes he is talking to an equal.

“The only orbit Turkey is on, in its view, is its own orbit. It’s strong enough and powerful enough to have its own influence.”

Mr Trump may be aiming to thwart Mr Erdogan’s disruptive foreign policy, but the Turkish President’s determination to elevate his country’s status could hostile feuds revived.