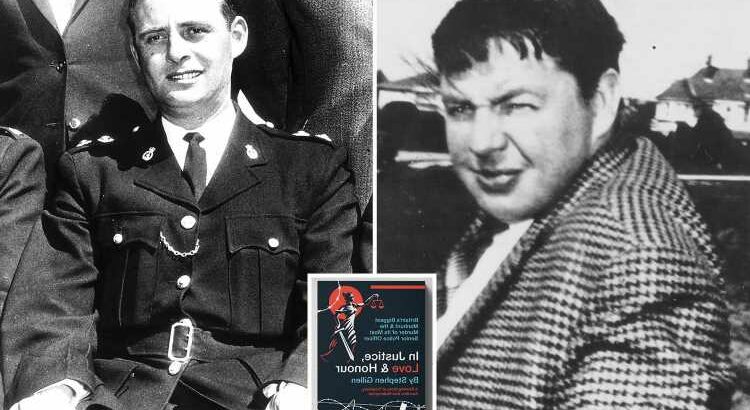 A HERO cop was brutally gunned down during a botched jewellery shop heist when clueless robbers accidentally LOCKED the doors of their getaway car, it’s been revealed. 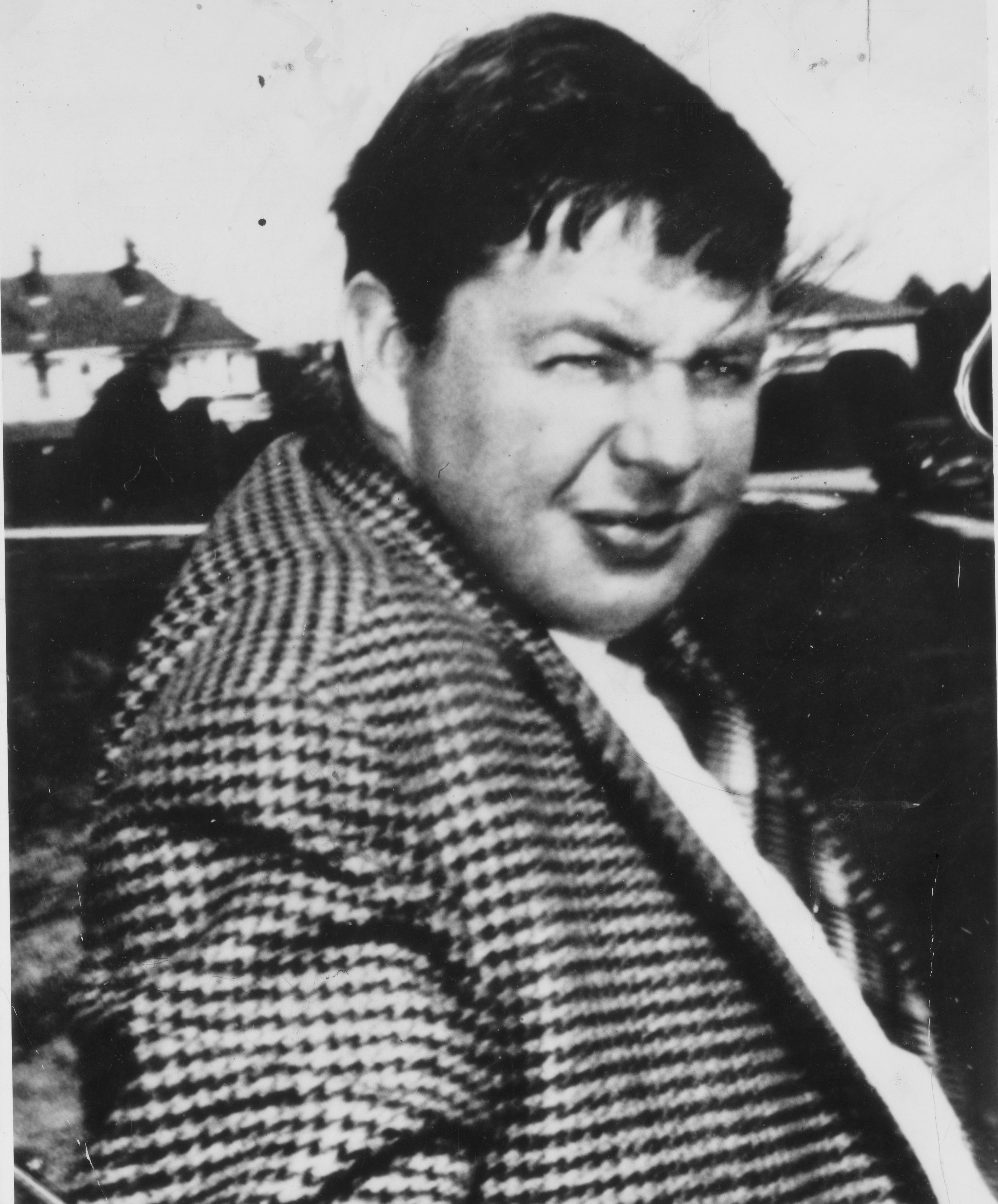 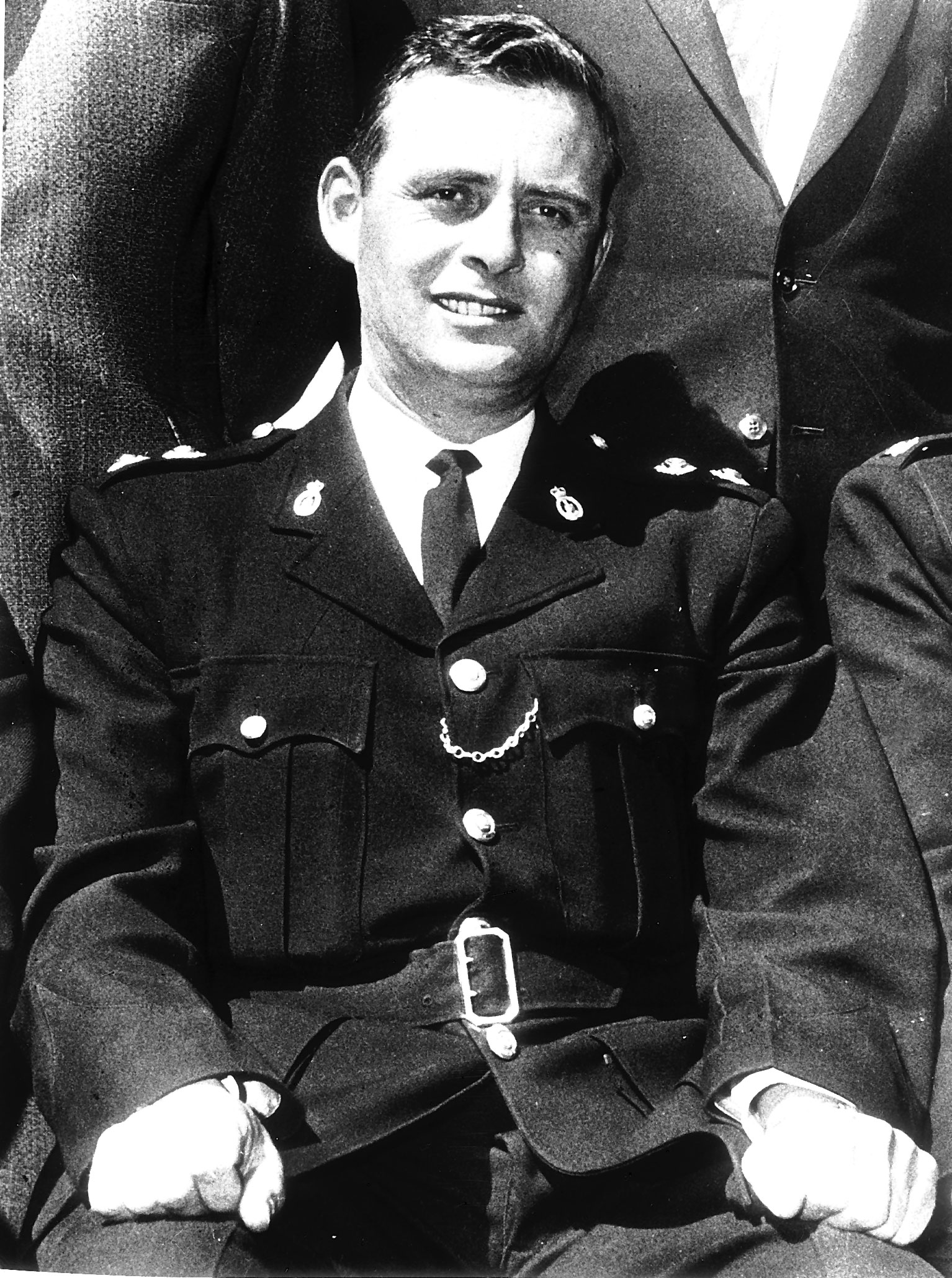 "In Justice, Love and Honour" explains how on August 23 1971, five thugs – hardened crims dubbed the "Crazy Gang" – targeted Prestons Jewellers in Blackpool – and left in a bloodbath.

Armed to the teeth with shotguns and revolvers, the London-based robbers included arrogant 'businessman' Frederick 'Fat Fred' Sewell, 38, – who considered himself a country squire.

His gangster sidekicks were Charles Haynes, who owned a nightclub in Kings Cross; Johnny Spry from Streatham, Clapham local Denis Bond – who had just served seven years for robbery – and Tommy Flannigan from Hackney, also a criminal.

After a cup of tea, they double-checked the weather forecast and drove from Brixton to a Blackpool boarding house.

On the fateful day of the deadly robbery, they planned to clean out the jewellers of its gold, precious gems and watches.

"Fred had a place in Blackpool, so he knew the area, he would have seen the jewellery shop, knew they had expensive jewellery, and he would have thought it was soft, touch," explains author Stephen Gillen, 50.

But, their arrogance made them stand out – all five revealed their gangster background by posing in dark glasses, as they flashed around wads of £20 notes.

The shop was empty of customers when they suddenly burst in – their faces covered but still wearing the trademark dark glasses – with their guns threateningly drawn.

Gold chains and other valuables worth about £200,000 (about £3million today) were gathered and scraped into bags while terrified staff cowered.

But, as the greedy and adrenaline-filled Fred watched his men grabbing the jewellery, he didn't notice another manager hiding in the back of the shop.

The store boss quickly pressed a silent alarm, which went straight to the police station, and triggered an immediate response. 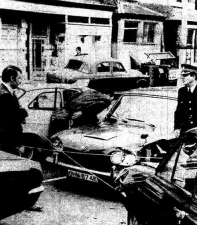 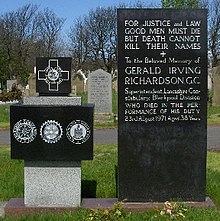 As the cops arrived with sirens wailing, Fred leapt into action. Leaving jewellery strewn across the floor he started to flee – but he was accosted by a passer-by, who he knocked unconscious.

Things went further downhill when the hapless robbers tried to get into their getaway car, a green Triumph 2000, and found all the doors were locked.

After losing precious seconds, they set off on a high-speed chase.

The bandits' car was driven in a fast and dangerous manner through Blackpool's streets, as the cops gained ground.

When the Triumph eventually screeched to a halt, one of the robbers shot Constable Ian Hampson in the chest, badly wounding him.

The desperate gang then robbed a butcher's deliver van at gunpoint – which was pursued by Gerald Richardson, who in 1971 was one of the highest ranking police officers in England.

He and PC Carl Walker chased Fat Fred down a dead-end alleyway.

PC Carl Walker was shot in the groin, before Supt Richardson, who was also unarmed, bravely tackled the dangerous robber, in an attempt to wrestle away his loaded weapon.

Despite being in huge danger, the calm copper tried to appease Fred, saying: "Don't be daft, don't be silly."

But the robber shot him twice at close range in his stomach. The hero officer later died at Blackpool's Victoria Hospital. 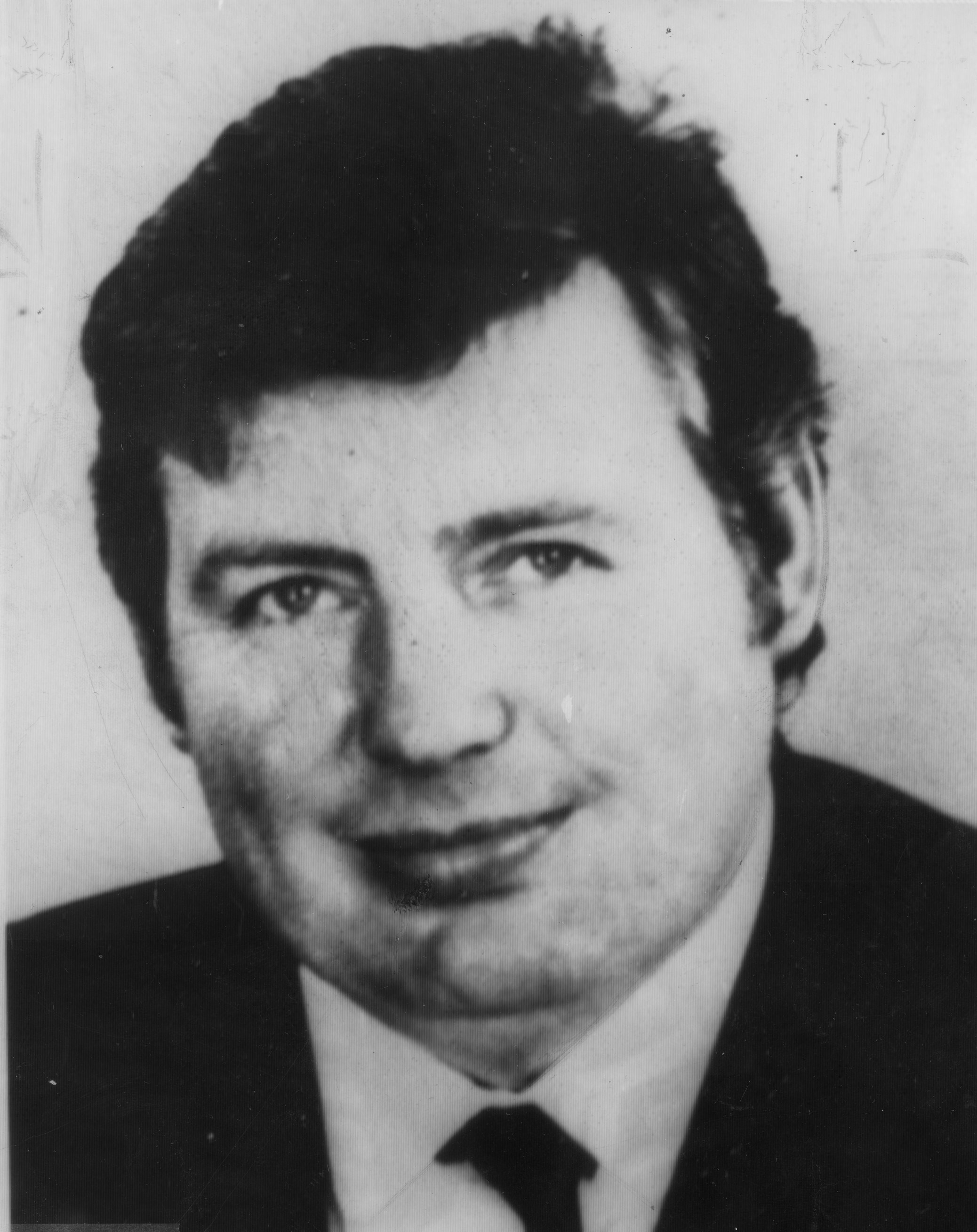 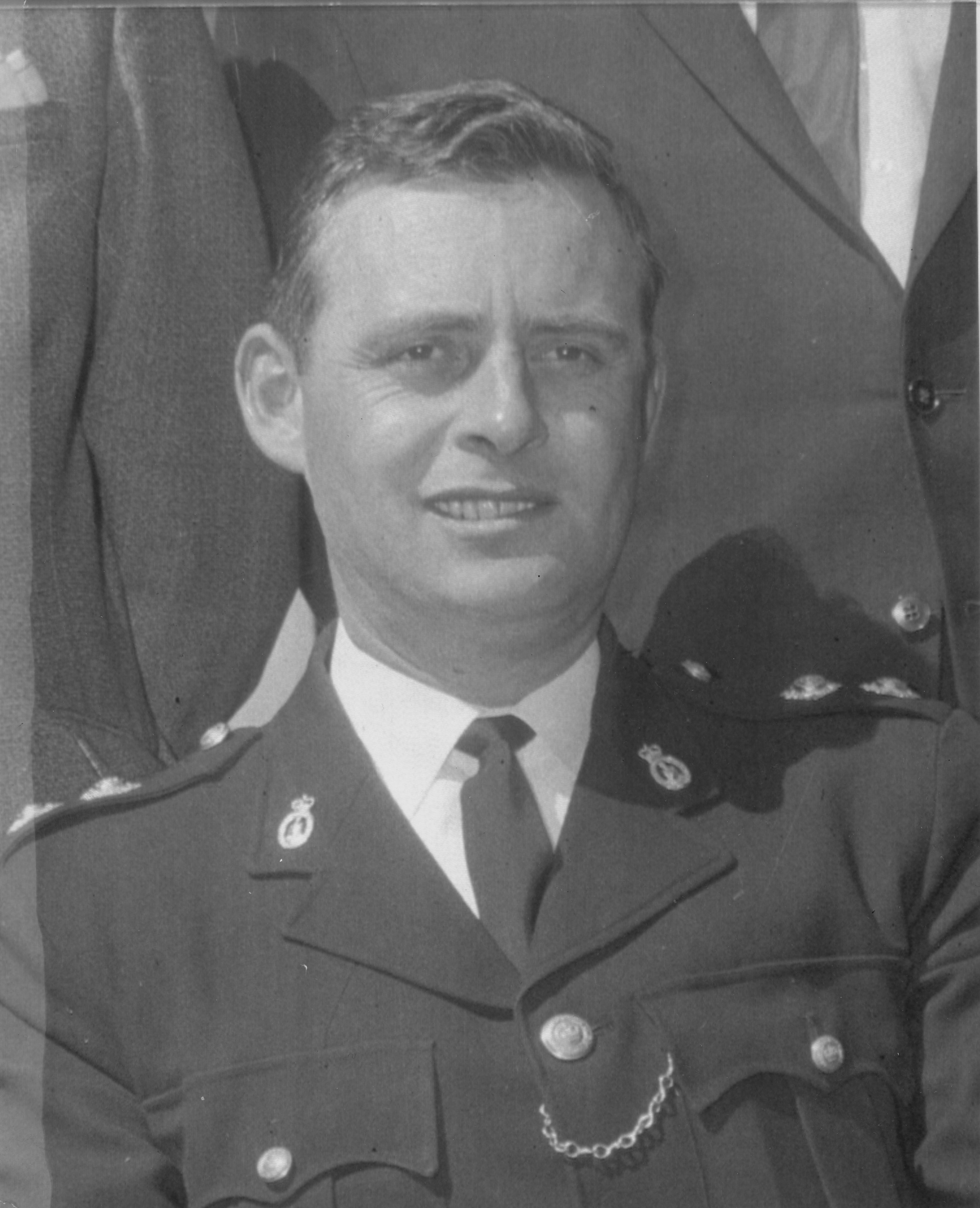 Gillen said: "For someone like Fred, he was a very ruthless character, he was unhinged.

"He was so committed at that point, because he had already shot a policeman, he was in that mindset that no one was going to stop his escape, and if that meant shooting somebody that was going to happen."

As Supt Richardson fought for his life, a massive manhunt was swiftly launched to hunt down his killer – who ended up on the run for 45 days.

Stephen Gillen told the Sun: "It was a botched robbery.

"They were very ruthless – there weren't many gangs then using guns, so I knew these guys were very advanced in their criminality.

"There were no computers back then, so communications between the forces was limited.

"Gerald Richardson was a hero.

"This is a man who was very academically gifted – he was a man destined for great things.

"He was a do-er, very talented; he led from the front.

"This was a man who was protecting the public, this is a terrible outcome.

"You have to do everything you can to fight against this sort of behaviour. He sacrificed his life, at a young age. He paid with his life." 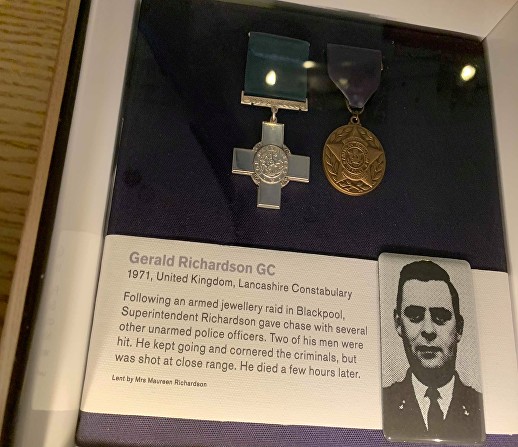 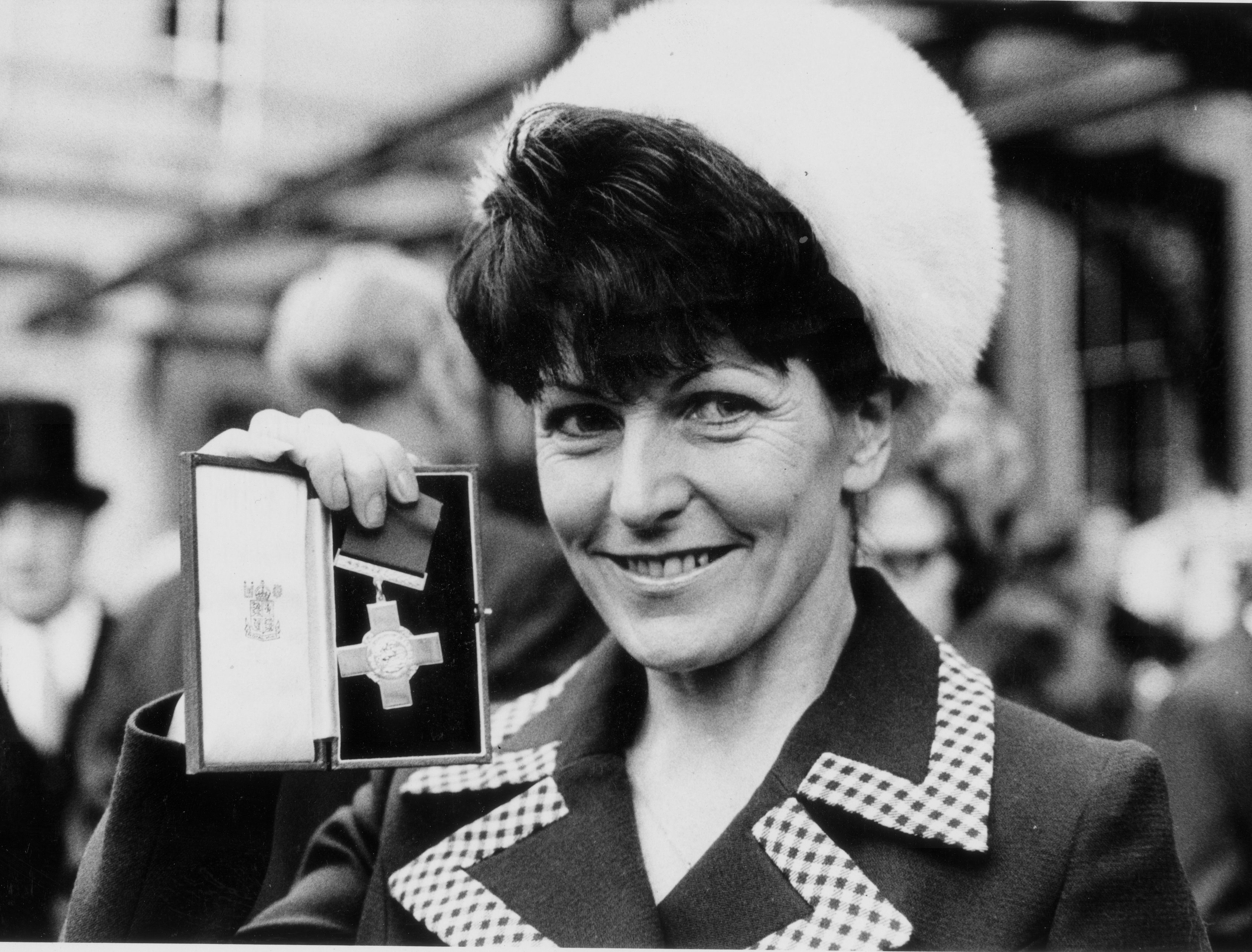 In the midst of one Britain's biggest manhunts in 1971, a whopping £10,000 reward was offered to catch Fred, while wall-to-wall coverage was given on TV and in the press.

The gangster was eventually nabbed on October 7 relaxing in bed, with a shotgun by his side, in a Holloway terraced home, reports Lancs Live.

Gillen adds: "Fred had a girlfriend, so when he got away, she picked him up and took them both to London – he was in a place in Islington, in a bedsit owned by a Greek family.

"He was hiding there and that's where they got him 45 days later."

The five armed robbers were all convicted and sentenced to a combined total of 93 years.

"I shall see him every day of my life. He was too brave. He just kept coming," Fred told the court of the man he'd shot in cold blood.

Fat Fred was caged for 30 years at Gartree, a high security men's prison in Market Harborough, Leicestershire, for murdering the hero cop.

But, the robber's drama didn't end there.

Months later, the evil killer tried to escape during a carefully staged riot where a police dog's eyes were cruelly sprayed with acid.

Cunning Fred even had a duplicate prison key cut to aid his escape bid – which in the end was as botched as his jewellery shop heist. 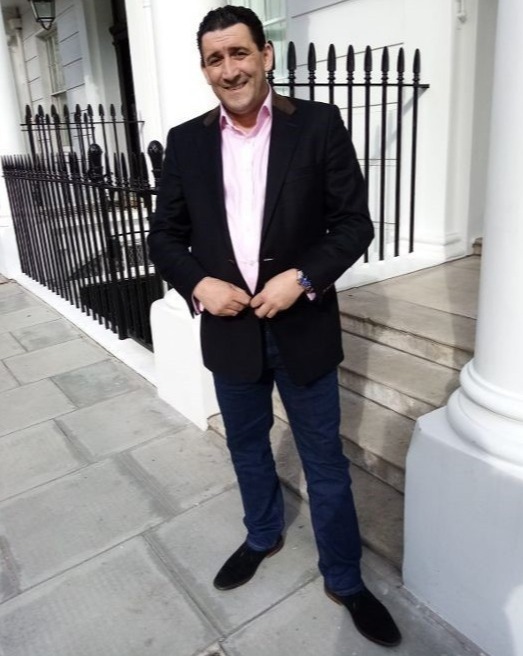 After a fire was deliberately ignited, Fred sneaked out during the smoke and chaos – using his duplicate key to unlock a heavy iron gate.

Then, finding a buried fence cutter, he and a group of other prisoners made a run for freedom.

But he was stopped by another hero officer, Joseph Loney, whose son – along with other sources – has spoken for the first time about the horrific crimes of infamous Fat Fred.

His police dog handler dad tried to block their exit as they sprinted for the outer perimeter of the prison grounds.

Gillen's book says: "The dogs are barking, growling with spittle, vaulting forward and pulling on their extended leads.

"They’re trained to recognise certain colours and they go wild as they see the escapees in the distance."

The prisoners lobbed sharp rocks and bricks at the approaching team, while "shouting and screaming obscenities" to deter them from inching closer as they hurriedly cut the metal fence.

Then, one of the lags squirted the acid substance into the eyes of the police dog, making it "panic".

Gillen told the Sun: "The prison was a new flagship prison, the Krays were there – it was a big showcase place.

"Sewell tried to escape the week before Gerald Richardson was awarded by his George Cross by the Queen.

"He tried after just a year into his 30-years sentencing.

"They planned the escape – it was well planned… they bribed one of the workers to bring in wire cutters, created a riot as a diversion, got the key cut.

"A core team of eight actually cut through one fence into 'Nomansland' and a couple got through the final fence and got caught."

Gillen's new book coincides with the 50th anniversary of the top cop's murder.

Supt Richardson – whose funeral was attended by more than 100,000 mourners – was posthumously awarded the George Cross on November 13, 1972. 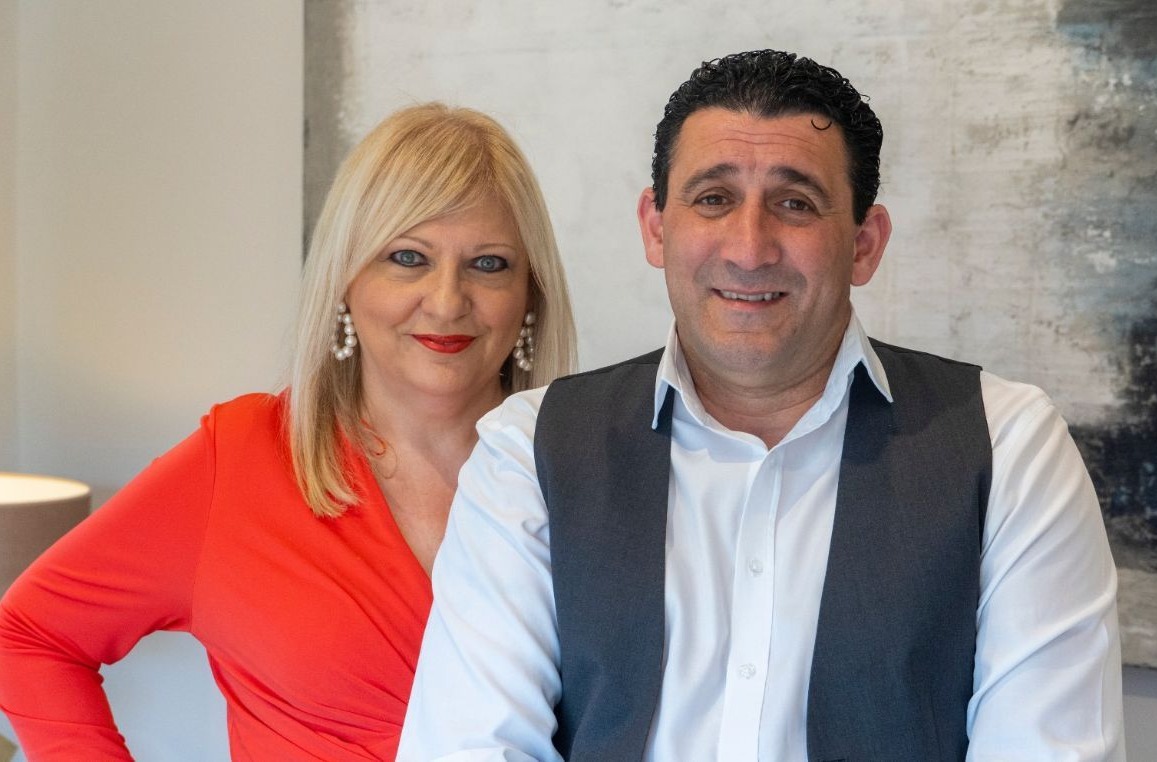 Const Carl Walker was also cited for the George Cross for his part in the capture of the robbers.

Gillen told the Sun that he had interviewed Joseph Loney (junior) because, as a child, he "was actually there when Fred tried to escape from the prison – his house backed on to the prison.

"It was a story that needed to be told.

"He told me about his father, and the more I read about Fat Fred, I thought 'wow, this is an iconic story', and with the 50th anniversary, it really resonated."

Gillen is the author of a bestselling biopic of his life called ‘The Monkey Puzzle Tree’ – soon to be a major Hollywood film.

The book explains that Gillen suffered years of trauma and abuse in children's homes, before getting into petty crime, and eventually armed robbery.

He served 17 years as a category A prisoner, alongside lags like Britain's most violent prisoner, Charles Bronson, before dramatically turning his life around.

Apart from being an author, Gillen is devoted to his humanitarian work, and being a peace ambassador to help others.

He said: "I'm a very grounded and very focused person, I have clear ideas for my future – because of my history – and doing philanthropic work makes my heart sing."

Gillen added that his new book – currently under negotiations with several major publishing houses – is also aimed at showing "how bad a life and what a waste criminality is".

He is also in negotiations for two separate TV series with major platforms, including streaming giant Netflix. 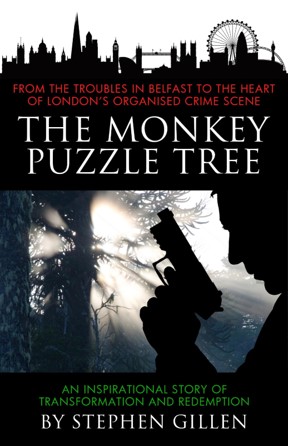