Experts analyse Moscow’s possible reaction after repeated threats of retaliation to the US strikes. 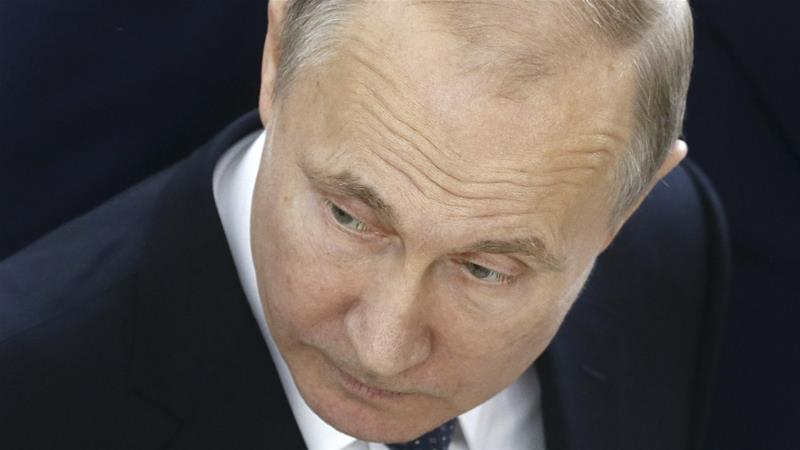 Russia has long been threatening the US with “serious consequences” to its missile strikes against the Syrian regime over the alleged chemical attack in the rebel-held town of Douma.

Speaking after the US air raid on Saturday, Anatoly Antonov, the Russian ambassador to Washington, reiterated that “such actions will not be left without consequences”.

However, Lawrence Korb, former US assistant secretary of defence, told Al Jazeera that Russia’s reaction would most probably be limited to the public condemnation since the Pentagon did not target the Russian military positions.

The first few hours after the strike indicated that Moscow was indeed taking that route.

Russia’s President Vladimir Putin condemned the air raid in a statement published on the Kremlin’s website without mentioning any plans for a retaliation. He said that Moscow called an urgent UN Security Council meeting to discuss the development.

The Russian media was spreading information on Saturday that the US strike aimed at preventing the investigators from the Organisation for the Prohibition of Chemical Weapons (OPCW), who arrived in the country, from conducting a probe into the alleged use of chemical weapons in Douma.

One of those voicing the accusation in the Russian press on Saturday was Leonid Slutsky, the head of the Russian parliament’s committee on foreign affairs.

“Washington and its allies are trying to cover up their traces in the case of faking the gas attack in Syria’s Douma,” he said.

Fuad Shahbazov, a security and military expert focusing on Russia and the Middle East based in Azerbaijan, told Al Jazeera that Moscow is unlikely to limit itself to the anti-US rhetoric.

“[Russia’s response] will include missile attacks against opposition forces and military positions of the US special forces,” he said.

But a long-term ground operation against the rebels was highly unlikely, according to Shahbazov.

Russia sees Saturday’s missile strike by the US and its French and British allies as the West’s response to Moscow’s growing role in the world, said Sergei Markov, a Russian political analyst and a former member of Putin’s United Russia Party.

“Russia was warned about the attack in advance. The territory where the Russian military bases are located were not touched. This means that the US, Britain and France are trying to prevent a military confrontation with Russia in Syria. This is good.”

He indicated that Moscow did not even need to respond militarily because the US strike was so much of a failure that it was “the sound of a closing door by the Americans who are leaving Syria”.

“Soon, you will read in the Western press that the West handed over Syria to Putin. And that it cannot do anything against Assad and got off with symbolic strikes for saving its face.”