On Friday evening, the First Lady was seen leaving the White House alongside President Donald Trump for the 2019 G7 summit. The G7 (or Group of Seven) is an organisation made up of the world’s seven largest so-called advanced economies: Canada, France, Germany, Italy, Japan, the United Kingdom and the United States. The group regards itself as “a community of values”, with freedom and human rights, democracy and the rule of law, and prosperity and sustainable development as its key principles.

This year, the meeting is being held in Biarritz, France – a resort on the Atlantic coast – with a rich history to the Chanel fashion house.

In an homage to Coco Chanel, Melania decided to don a white and black tweed by Chanel, as well as white J Brande skinny jeans.

She clutched a classic white lambskin Chanel hardback, which featured a silver-tone metal strap that trickled over the top of the bag.

She kept her make up to a minimum and wore her locks down in a soft wave, with her trademark middle parting. 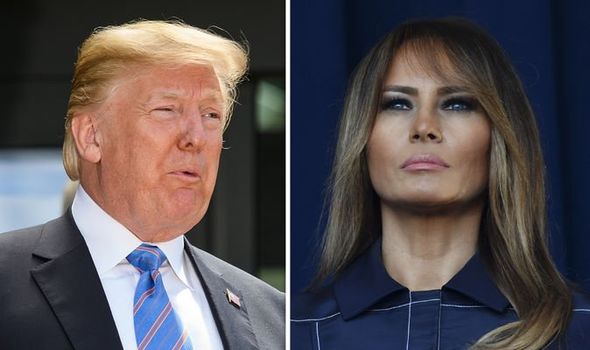 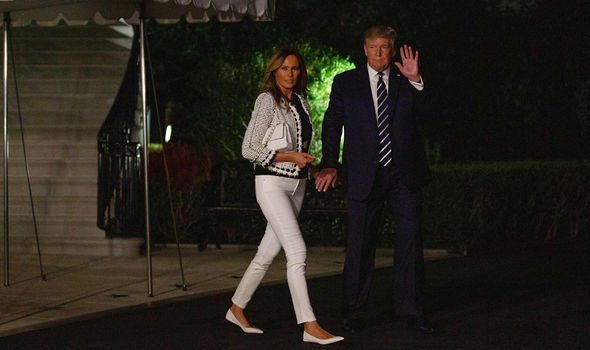 Even though Mrs Trump has been First Lady for almost three years, this will only be the second time she attends a G7 meeting.

Last year, the former model had to skip the summit.

In an interview in front of the White House in 2018, Mr Trump explained to reporters his wife couldn’t accompany him to Canada due to a “big operation” to treat a kidney condition.

JUST IN: How ‘Melania Trump admitted existence of SECRET half-brother’ 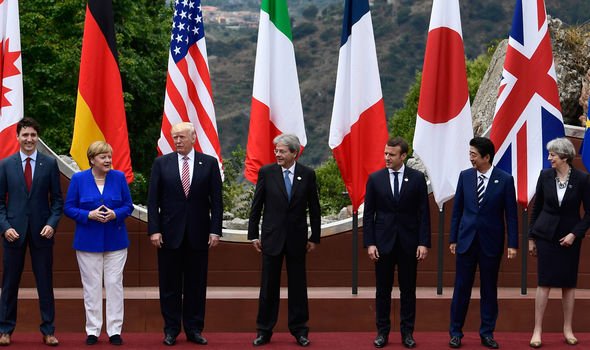 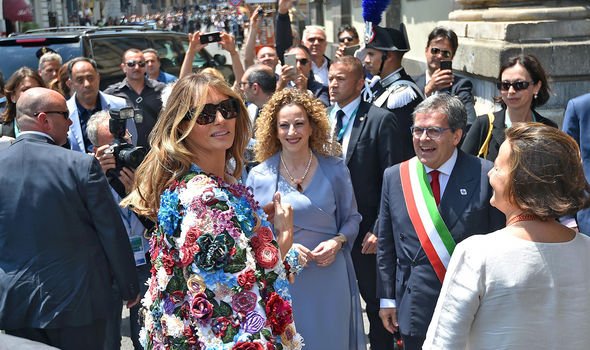 “And she wanted to go. Can’t fly for one month.

“The doctors say. She had a big operation. That was a close to a four-hour operation. And she’s doing great. Right there.”

Mr Trump added: “And you know what? She is a great first lady.” 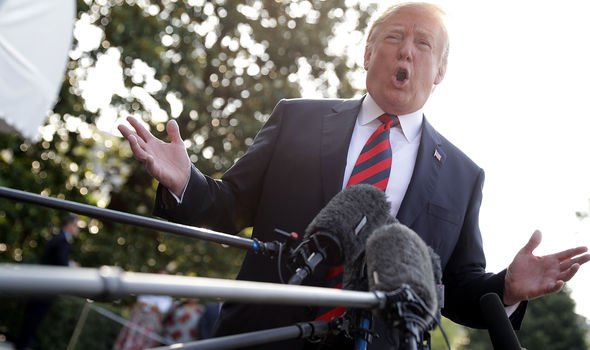 Melania’s office announced on May 14, 2018, she had an embolisation procedure to treat a kidney condition described as benign.

She spent five nights in a military hospital before returning to the White House to continue her recuperation.

Her office declined to provide additional details about her condition, citing privacy rights.