How Phil Vickery’s diabetes recipes could save your life: This Morning’s chef brings out a timely cookbook – as those with the medical condition are far more likely to die of coronavirus

Phil Vickery has had a productive lockdown. The television chef recently found an old unicycle in his garage. He first learned how to ride it 25 years ago and decided to take it up again at the grand old age of 59 ‘because I had nothing else to do,’ he says cheerily when we meet over Zoom. He holds the unicycle up to the screen like a small boy displaying his most prized possession. He is wearing a grey fleece and sporting an impressive sun tan – the result of tinkering about outside putting a new clutch in his Land Rover and changing all the brake pads.

Vickery is also still doing his day job, cooking from his garden in Buckinghamshire for ITV’s flagship daytime programme, This Morning. Occasionally he will be interrupted live on air by his farming neighbours Dave and Mike, who ask him to keep the noise down while, for example, he’s barbecuing a piece of chicken for the cameras.

‘I’ve got quite a few annoying neighbours,’ Vickery says, before indiscreetly going on to list them by name.

He’s about to publish his 14th book, Diabetes Meal Planner, which provides healthy, balanced recipes for anyone living with diabetes. All the recipes have been approved by Diabetes UK and written with the food scientist Bea Harling. Vickery is not diabetic himself, but enjoys the challenge of coming up with a series of precise, calorie-controlled recipes that still taste delicious.

People with diabetes are especially vulnerable to Covid-19 and, with the obesity crisis facing Britain, Vickery points out that his book can be used by anyone who wants – or needs – to eat more healthily. 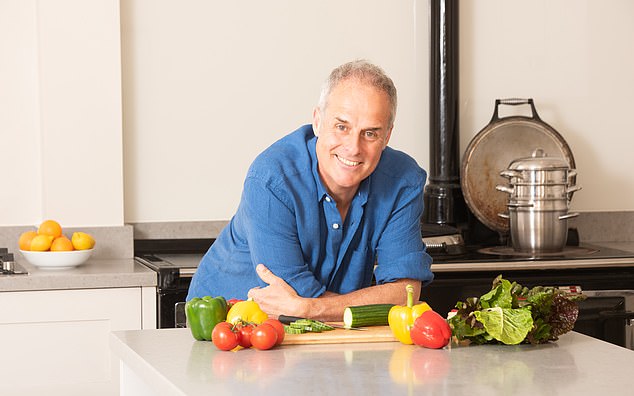 ‘Essentially, it’s a health diet book. I was slightly worried when I saw McDonald’s re-open and there was a queue outside 50 cars long. No judgment, but I worry people might slip back into bad habits after lockdown.’

He says he fell into this kind of cooking by accident 20 years ago when he owned a Christmas pudding company and one day they couldn’t buy organic flour at the right price, so they opted for a gluten-free alternative and the pudding became an instant bestseller.

Vickery went on to write a gluten-free cookbook for coeliacs ‘and it sold more than 350,000 copies in 17 countries,’ he says proudly. Diabetes seemed the next logical step, and he published Phil Vickery’s Ultimate Diabetes Cookbook in 2017. It, too, became a bestseller and this is the follow-up.

There are some who accuse him of cashing in on other people’s medical conditions ‘but they must remember that, for 40 years, I’ve been cooking professionally… Suddenly self-proclaimed experts are publishing diet books and it makes me very, very angry. I don’t know how people write two books a year! I write one a year and that takes me an absolute age. They have no clue what they’re talking about.’ This time, he won’t name any names.

BUT he’s right – it is easy to forget Phil Vickery’s pedigree. On television, he’s a natural: handsome and enthusiastic, with a speedy, informative patter that tells you exactly how to knock up an easy kedgeree in 20 minutes. Yet he never wanted an on-screen career, and for years was the head chef at The Castle Hotel restaurant in Taunton, where he won a Michelin star.

‘Underneath it all, I laugh and joke, but I’m very serious about what I do.’

He hates the term ‘celebrity chef’ because ‘it conjures up all sorts of falseness. I’m not a “television chef”. I’m a chef who does a bit of telly’. 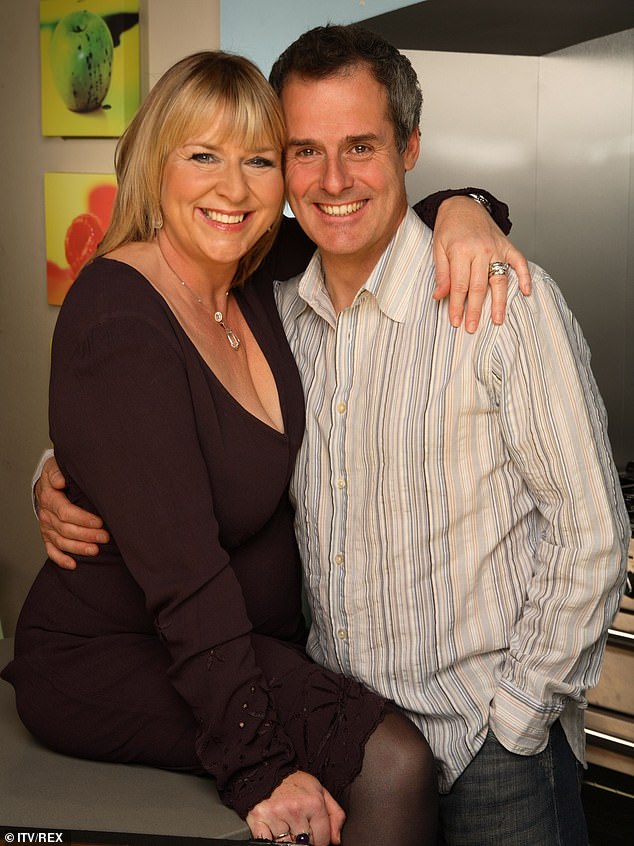 The only reason he agreed to appear on the BBC’s breezy afternoon show, Ready, Steady, Cook in 1996 was, he says, because they kept hassling him, and after saying no twice, he gave in ‘for commercial reasons… it filled the restaurant overnight’.

It was on Ready, Steady, Cook that he first met the presenter, Fern Britton. They married in 2000. Britton had five-year-old twin boys and a 21-month-old girl from a former marriage, and Vickery ‘brought them up as my own’. They later had a daughter, Winnie, who is now 19. The couple announced they were separating earlier this year.

I’ve been told not to broach this topic during the course of our conversation, but there’s a recipe in the book that mentions her (gazpacho, we are told, is Britton’s favourite soup) and when I ask him at the end of the interview if there’s anything he would like to say that I haven’t covered, it is the one moment his innate cheerfulness seems to flag. ‘I don’t talk about my wife,’ he says, looking down at the floor. ‘Just because it is what it is. And that’s it really.’

He is not much given to introspection. His approach to life is to ‘Dust yourself off and get on with it.’

When his colleague, Phillip Schofield, announced he was gay on This Morning in February, Vickery thought ‘good luck to him. He wants to be happy with his life. I don’t have any problem with that.’ Co-presenter Holly Willoughby is ‘a lovely girl. She never changes.’

For Vickery, life is for living rather than worrying about.

He recalls a conversation he once had in a radio studio with the philosopher Alain de Botton who told him: ‘You only need to worry about the things you can change.’

It’s partly why, after being approached by producers to be a contestant on ITV’s I’m A Celebrity… Get Me Out Of Here!, he never made the cut. 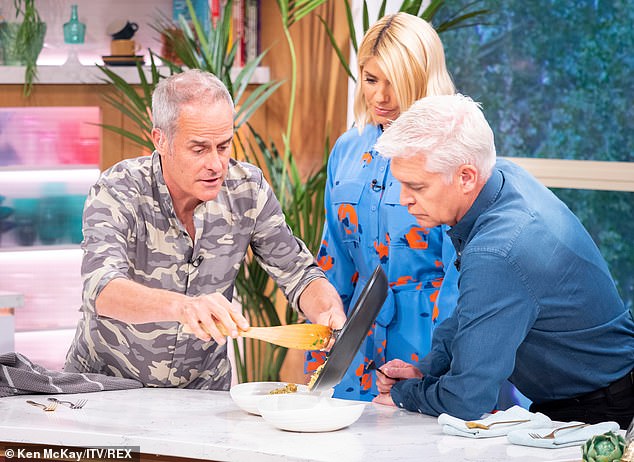 Vickery is also still doing his day job, cooking from his garden in Buckinghamshire for ITV’s flagship daytime programme, This Morning

‘About five or six years ago, I interviewed for it,’ he says, and then he role-plays the interview:

Producers: ‘Do you cry a lot?’

Producers: ‘Would you be scared to jump out of a helicopter?’

Vickery: ‘That would be fine.’

Producers: ‘Do you have a phobia of snakes?’

Vickery: ‘You see that snake? I’ll catch that snake and I’ll eat it.

I start to laugh. Vickery is a very funny raconteur. ‘No really! That was what he said. That’s a true story.’ When was the last time he cried?

‘I cried quite recently actually. Just a few tears. I was listening to a song from Toy Story 2.’

He spends the next ten minutes trying to find the song on his phone. He cried because the song reminds him of his daughter who is in lockdown in Cornwall and he misses her.

‘I’ve not seen her since Christmas. Yes, so there you go. A little tear.’ But then, he adds swiftly: ‘I manned up and got out of it.’

I’m hazarding a guess that he’s never been in therapy?

‘No!’ Vickery shouts, genuinely alarmed. ‘Why did you ask that? I’ll be really honest with you. I went through a horrific court case about 20 years ago and at one point I could have lost everything and I defended myself and I fought that for a year and I won. And that gave me such a massive confidence. It made me stand up for myself.’

He’s talking about being sacked from The Castle Hotel in 2000 after his then-boss alleged Vickery was spending too much time on television and not enough time in the kitchen.

Vickery took his employer to a tribunal which found in his favour. He was awarded damages and remained a shareholder.

‘My father has got little plaque in his shed and it says, “Blessed is he who expects nothing for he shall not be disappointed.” It’s really true.

‘I just get on with my life. Things come at you; you have to deal with it and move on.’

His parents, Robert, a former post office engineer, and Teresa, encouraged their three sons to be independent. Vickery has an older brother, Chris, a doctor in the Far East, and a younger brother, Mike, who works as a farrier ‘and I see him once every five years’.

The boys were brought up in Folkestone, Kent, and raised Catholic although as soon as he turned 18, Vickery stopped going to church. His parents were bemused by his desire to be a chef, but he’d always loved cooking, ever since the village hall caretaker gave him a copy of Warne’s Everyday Cookery (first published in 1872) left over from a jumble sale stall.

Vickery leaps up from his chair and fishes out the book from his shelves, bringing it closer to his computer screen so that I can see the annotations he made in the back, where he wrote his first ever recipe. ‘And there it is: Bread Pudding,’ he says proudly. ‘Can you see that?’ 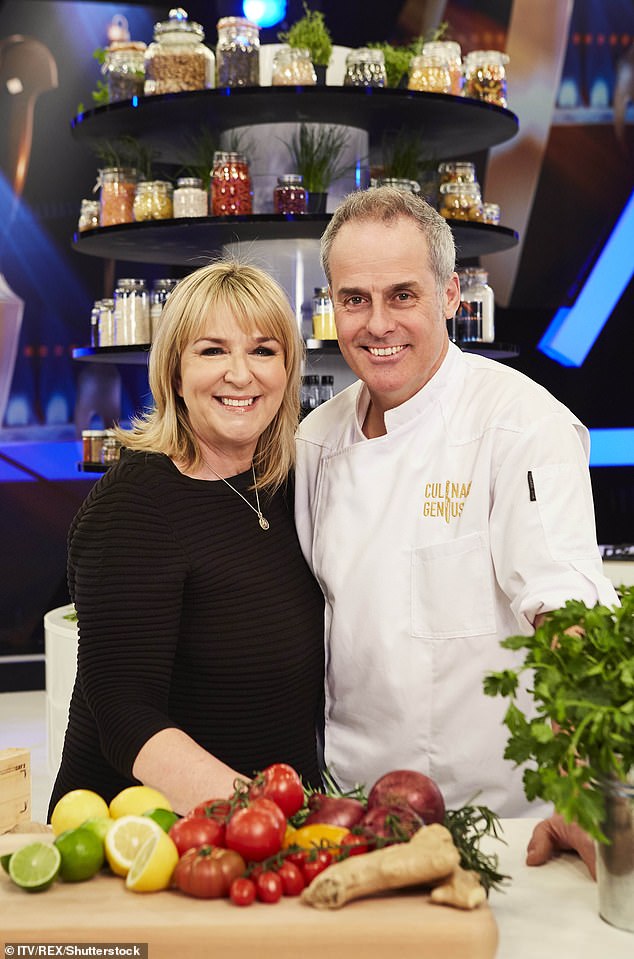 It was on Ready, Steady, Cook that he first met wife Fern Britton. Pictured on Culinary Genius TV series which Britton hosted in April 2017

As much as he loved cooking, Vickery’s parents thought ‘it was not good enough for me [as a career]. Life chucks a lot of crap at you sometimes.’

Over the years, it is clear that Vickery has made a virtue of his self-sufficiency and I get the sense that he sees needing help as a weakness, as if admitting to vulnerability would be the start of some fatal unravelling.

‘My father has never given me one penny – apart from my 21st birthday when he gave me a hundred quid. I’ve never gone to him. I’ve never asked him. Just the way it is. And I’ve had times when I had nothing.

‘In my 20s, I sold my television to pay the MoT on my car. I never went to him. It wasn’t in my head to ask them. So we’ve been hugely independent. And once you do that a bit, it gives you a certain… I don’t know, an inner strength.’ How do his parents, both in their 80s, feel about his career now?

‘They quite like seeing me on telly and we went to The Ivy for dinner and they loved all that… My mum calls me to tell me off when I do something on telly she doesn’t agree with.’

When was the last time?

‘I had a tin of Carnation milk and I didn’t scrape out properly with a spatula. She calls me up and she just says: “Now Philip, I need to talk to you…” ’ 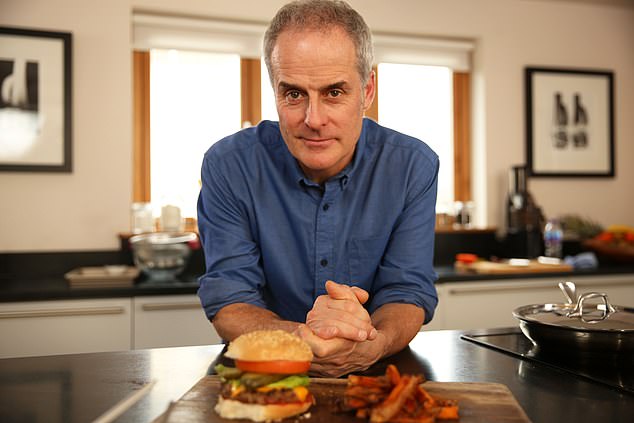 Vickery wrote a gluten-free cookbook for coeliacs and it sold more than 350,000 copies in 17 countries

I press him on whether he feels he was more involved than his own parents were. ‘Oh God, yes. I wanted to be, and that was quite fortuitous because it coincided with me coming out of full-time cooking. So I was there [for the children].’

He’s turning 60 next year. Does he have any plans to mark the occasion, perhaps by getting a tattoo or piercing?

‘Oh God, no, no, no! I’m thinking of going to America eating from north of Kentucky down to Texas.’

Vickery looks younger than his years, and always has. He tells me he was asked for ID buying drinks in a pub well into his 20s.

‘I do moisturise every day,’ he says.

Does he wear SPF?

‘Oh yes, absolutely. Yes I do. Because I’m outdoors a lot.’

All in all, he considers himself to have been ‘very lucky in life. I’ve had a fabulous career. Someone said to me the other day, “When you’re dead, what would you like people to say about you?” And I said, “All I want them to say is actually, he was all right.” That’s it.’

I tell him I promise to say that if I outlive him. He’s been a highly entertaining interviewee.

So yes, Phil Vickery is more than all right – and a surprisingly good unicyclist, too.