Ruslan Boshirov and Alexander Petrov kept guests awake by partying through the night in their £75-a-night twin room.

Guests described the stench of cannabis wafting from the accommodation they shared at the two-star City Stay Hotel in East London.

They even complained to staff after the wanted Russian agents smuggled the hooker into their room for “noisy sex”.

The hitmen went on to argue with hotel staff over their behaviour as they checked out the following morning — before catching a train to Salisbury where Sergei Skripal, 67, and daughter Yulia, 34, suffered a Novichok poison attack.

A cleaner was forced to spend the next day clearing up the mess left by the assassins in London and the room has since been redecorated, with its walls painted brown. 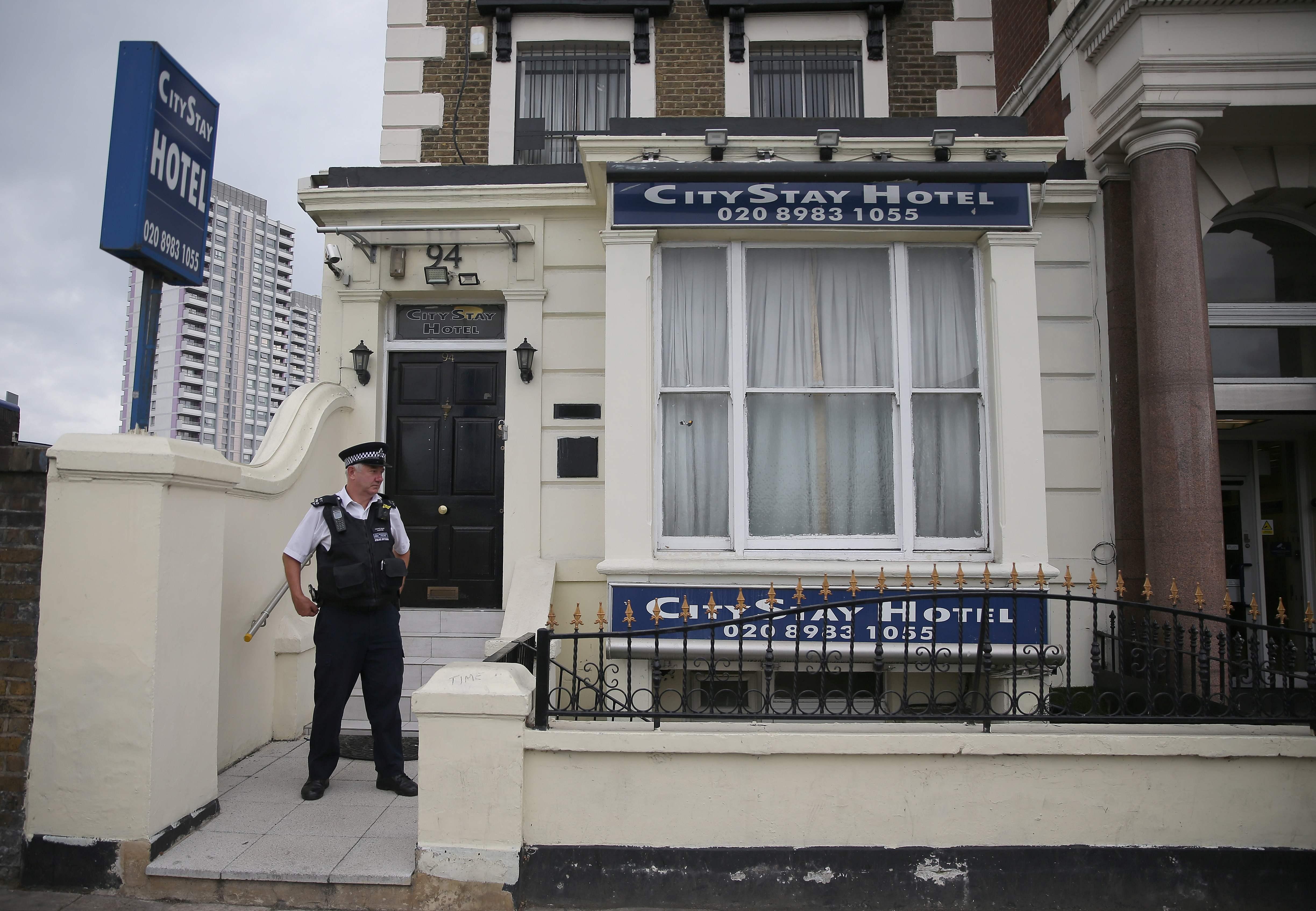 Boshirov and Petrov were mocked this week after telling Kremlin mouthpiece news channel RT that they flew to England to admire Salisbury Cathedral’s famous spire.

Both deny smearing Novichok nerve agent on Mr Skripal’s door and say they may have walked near his home, but only “by accident”.

At least one guest recognised Petrov from CCTV footage released by the Met after he bumped into him at the hotel’s toilet the evening before the failed assassination.

He told The Sun on Sunday: “I came back from work and had a little cooker in my room, so I was going to cook my dinner. 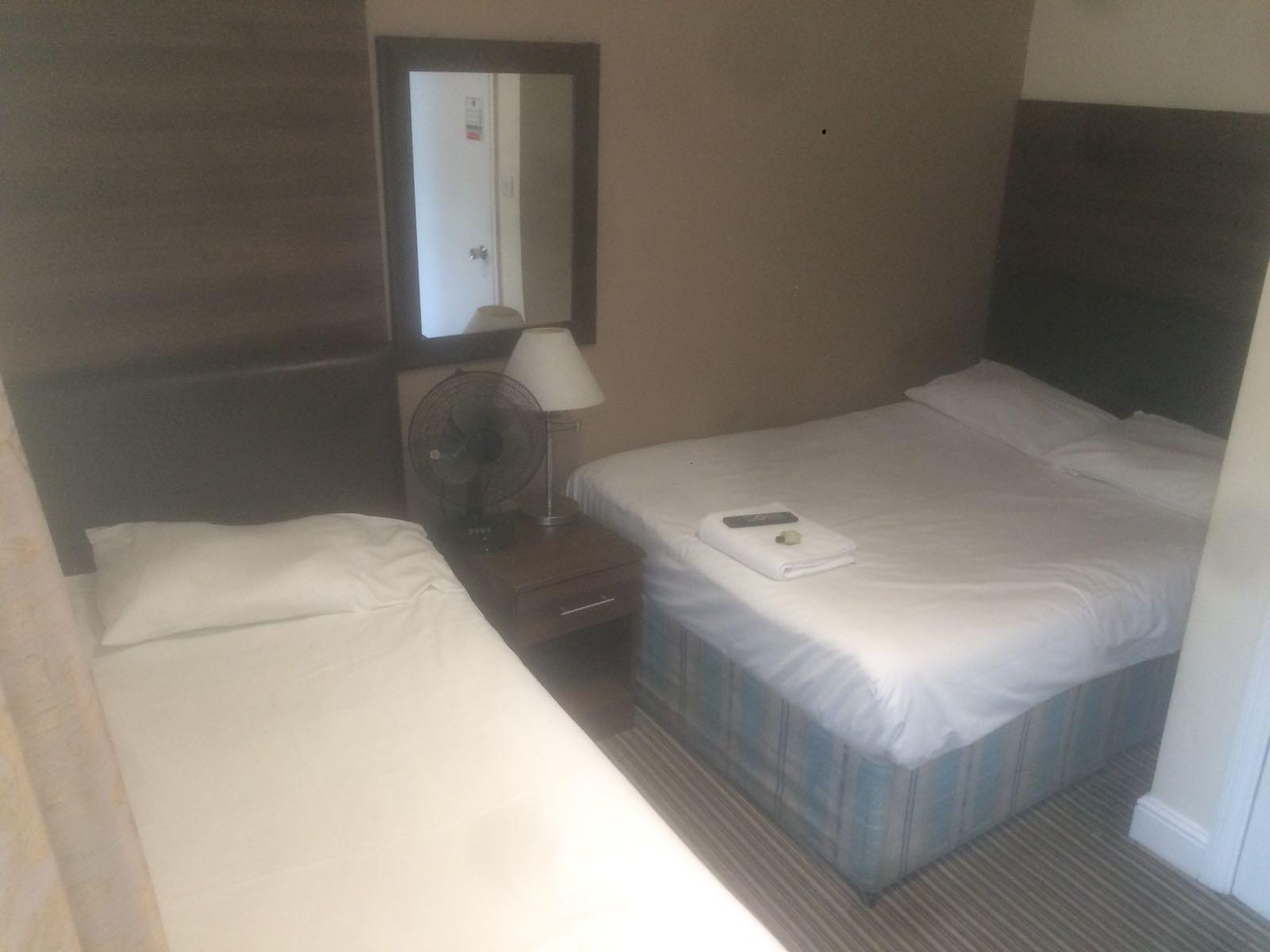 “It was a Saturday night so it’s always quieter than a weekday.

“But I could smell weed from their room.

"It was by the door and in the corridor, it was unmistakable.

"It must have been around 7pm. 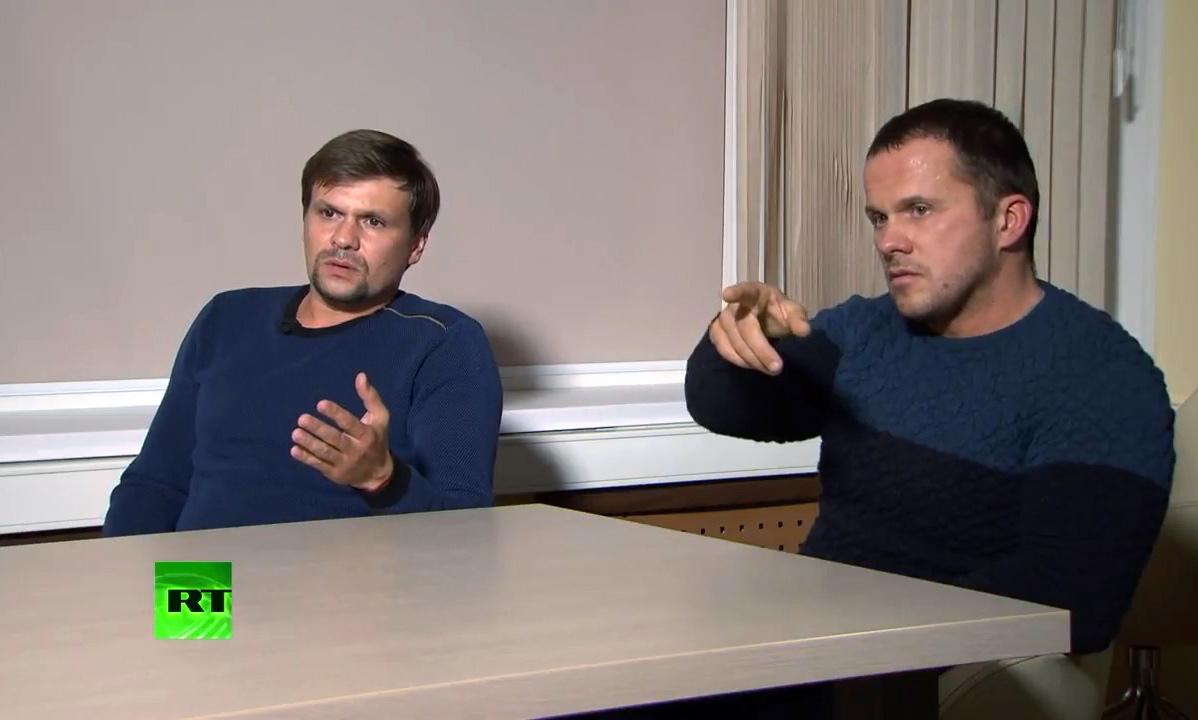 “Later there was a woman in there. I think it was a prostitute.

"They were having sex. Definitely.

“I heard them having really loud sex for a long time.

"It was definitely a woman. I don’t think the men were having sex with each other. I could still smell the pot.” 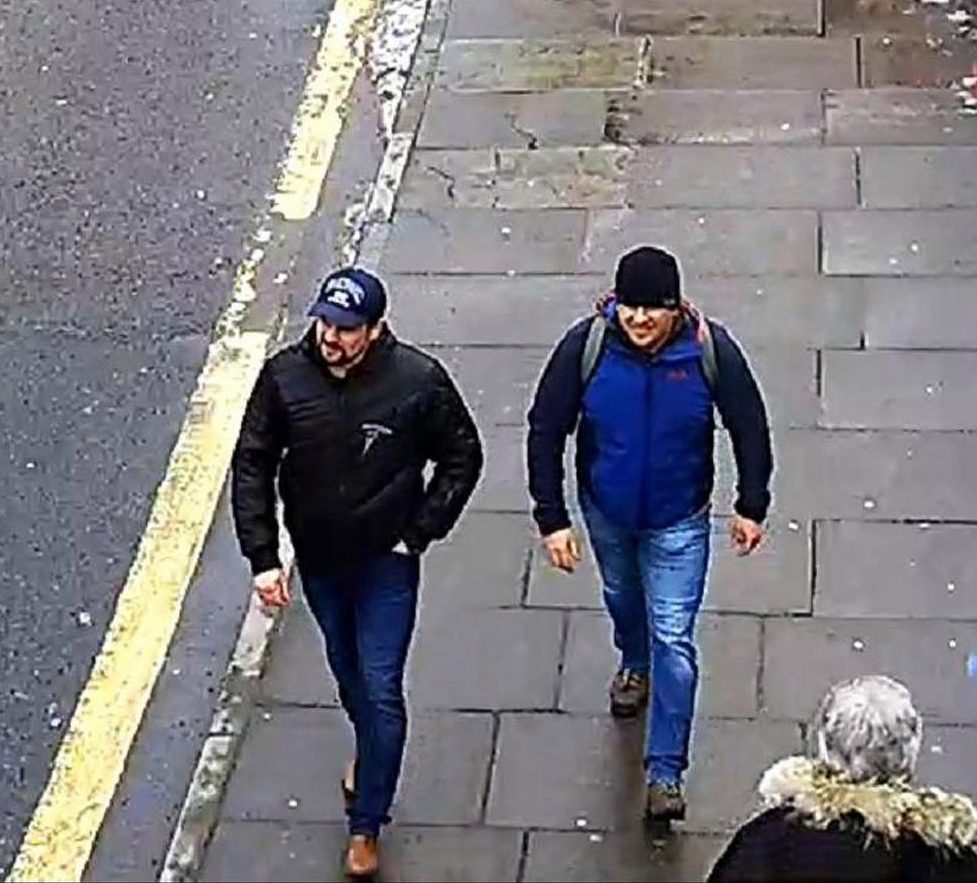 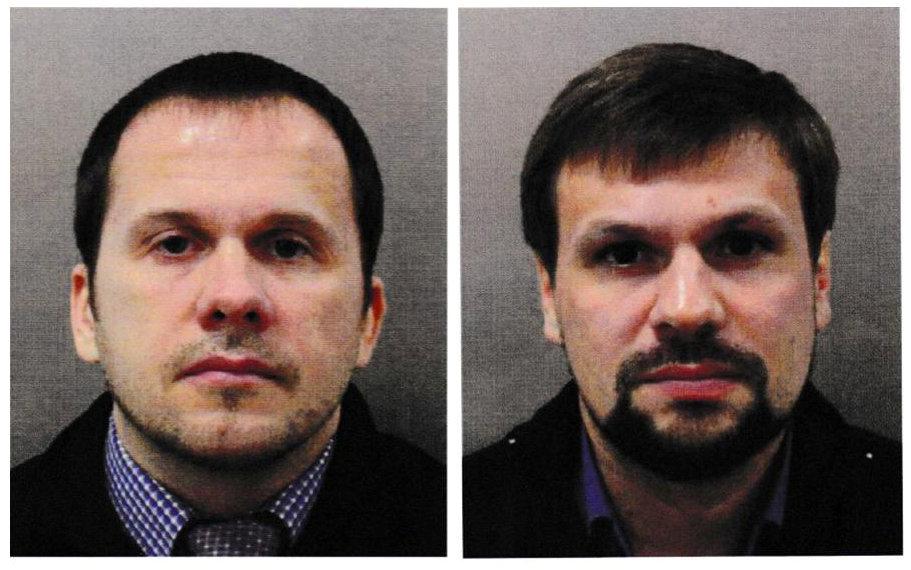 The angry guest complained to front desk staff at the hotel but the pair continued with their antics.

"It stopped for a bit but carried on later.

“I went to the shared bathroom at about 11pm and saw one of the blokes, I later realised was Petrov. The one without the beard.

"I was coming out for a wee and he was coming in. I didn’t speak to him.

“It’s very rare you speak to anyone there. He was wearing a dark top and dark jeans, I think.

“I’m one thousand per cent sure that they stayed in that room. 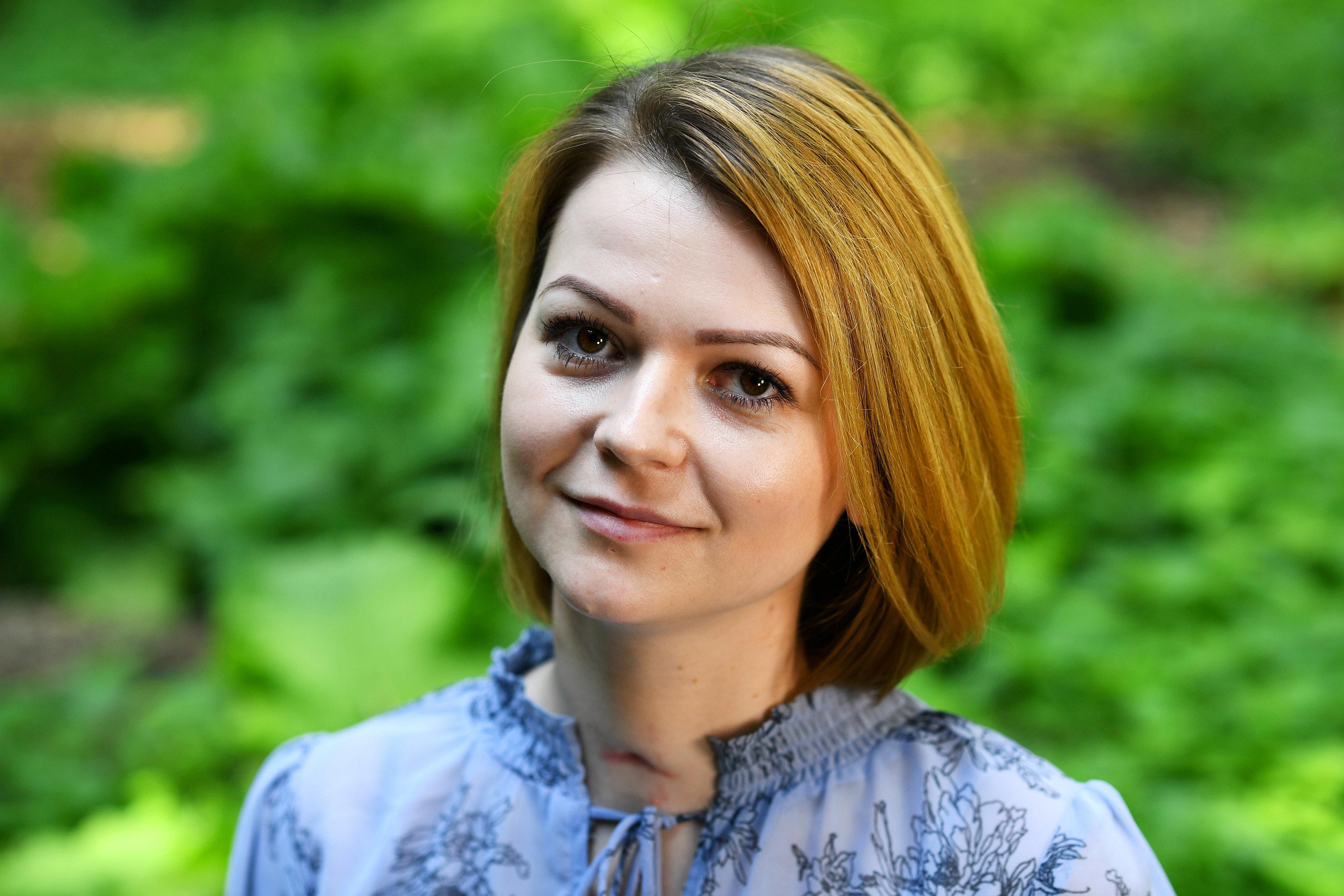 "You could hear them speaking Russian.

“I turned the TV up loud but could still hear them at it.

“I fell asleep at about 11pm and I’m a heavy sleeper.

"Most of the guests would have seen or heard them — there was shouting going on throughout the night.” 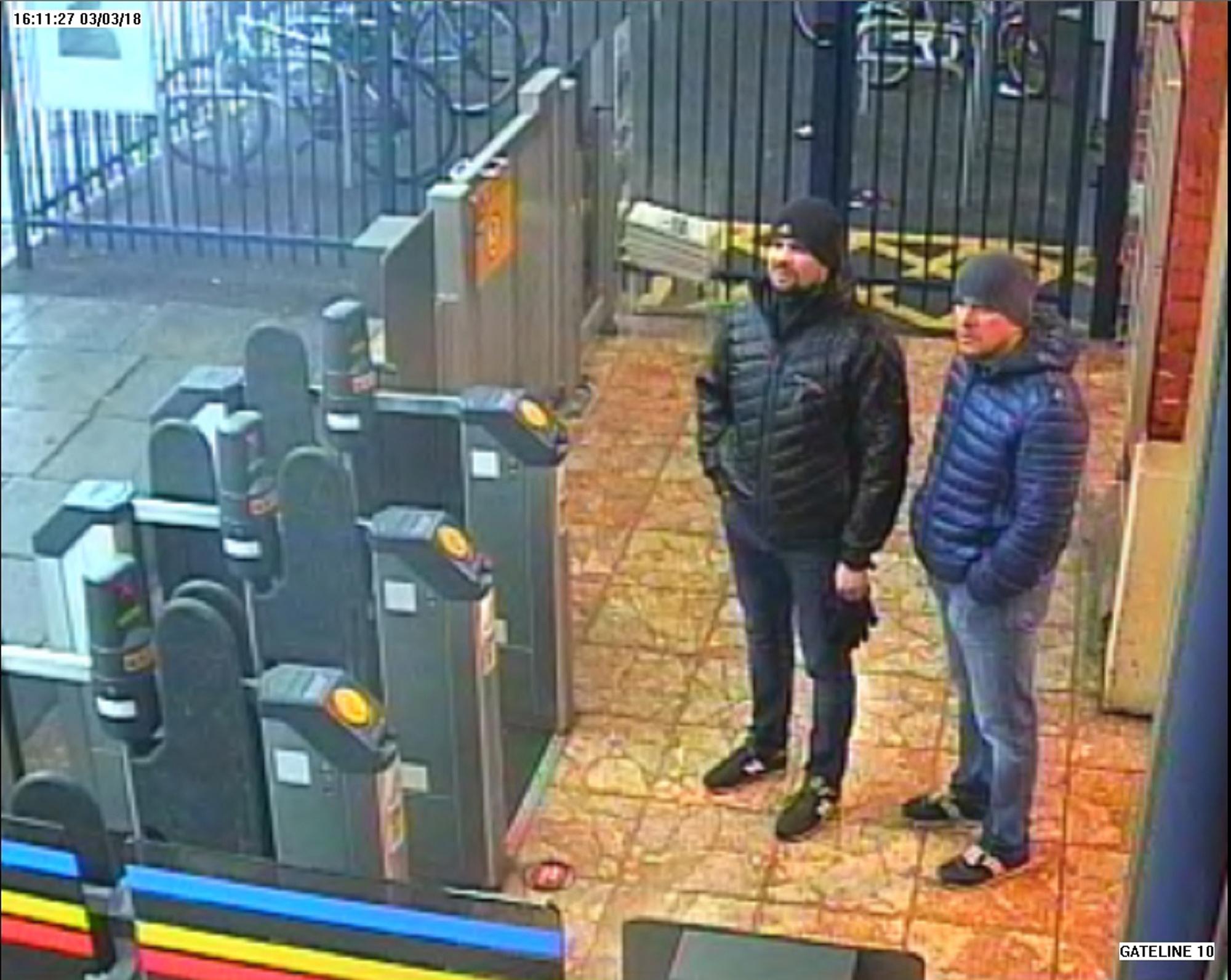 The hotel guest complained a second time as he left for work on March 4.

"When he returned later that day he was told the pair had an “altercation” with hotel staff as they were confronted over their behaviour before checking out.

He added: “I threatened not to stay there again. I said, ‘Why have you let these people to stay here’?

“I understand there was an altercation before they left. 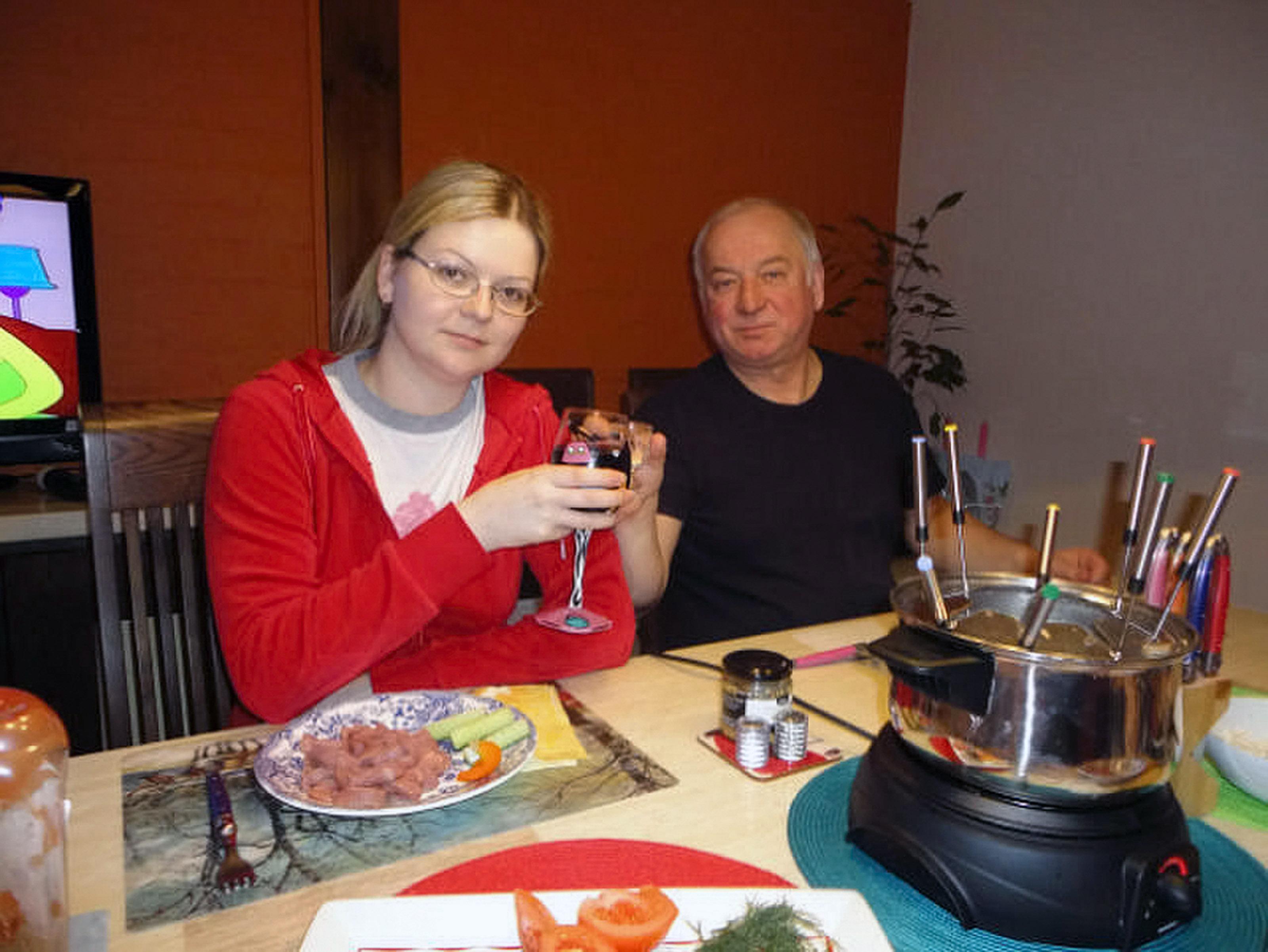 "Words were spoken — they had a row with staff.

“When I returned, staff apologised, saying it won’t happen again.

“The cleaner apologised to me when I came back as she was still cleaning their room.

"She’d been in there all day cleaning the room. She said there’d been trouble.” 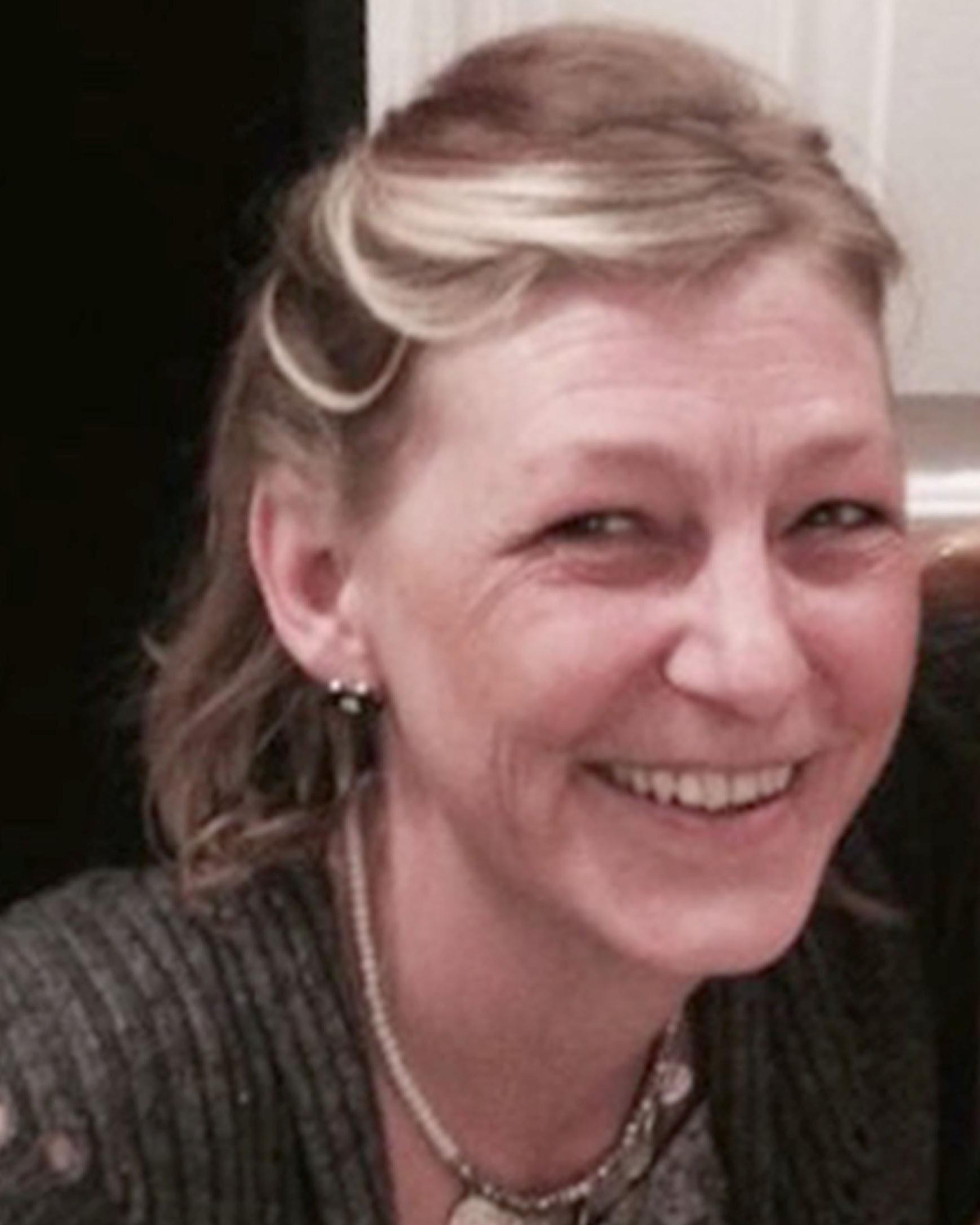 A month later counter-terror police found samples of Novichok in the room.

The guest, who is too terrified to be named, added: “If it had gone wrong and they’d spilled that stuff in the hotel, we could all have been done for.”

Counter-terror police say the ­hitmen arrived at Gatwick on an Aeroflot flight on March 2 before checking in for two nights at the City Stay Hotel in Bow.

They were carrying the Novichok poison hidden in a fake Nina Ricci perfume bottle, cops say. 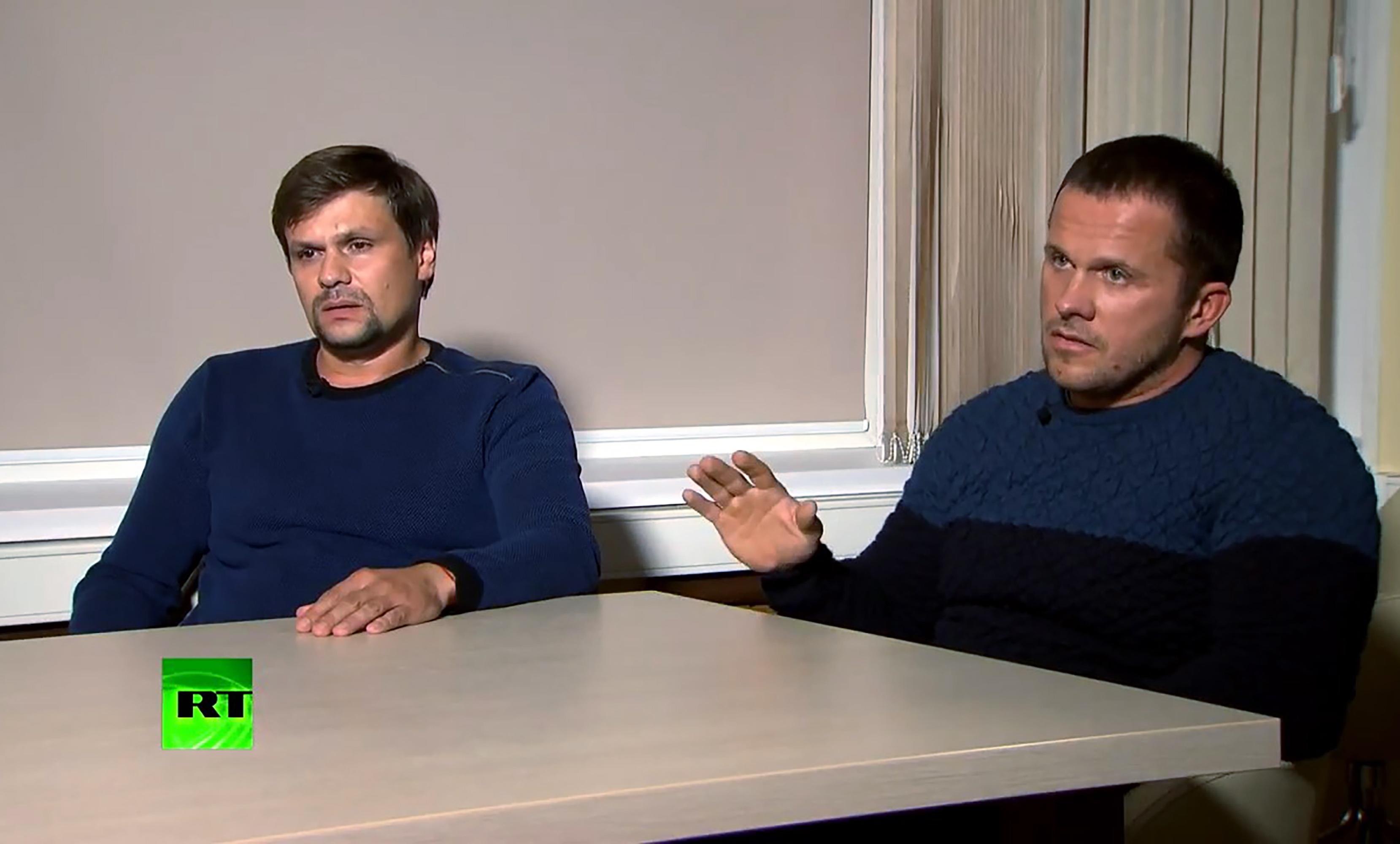 CCTV footage shows the pair travelling by train to Salisbury on March 3 to carry out a recce.

They claimed they wanted to see Stonehenge but stayed for only about an hour, blaming snow.

A guest said they returned to the City Stay that evening.

Next morning the pair caught the train back to Salisbury and were seen on CCTV three mi­nutes from Skripal’s home. 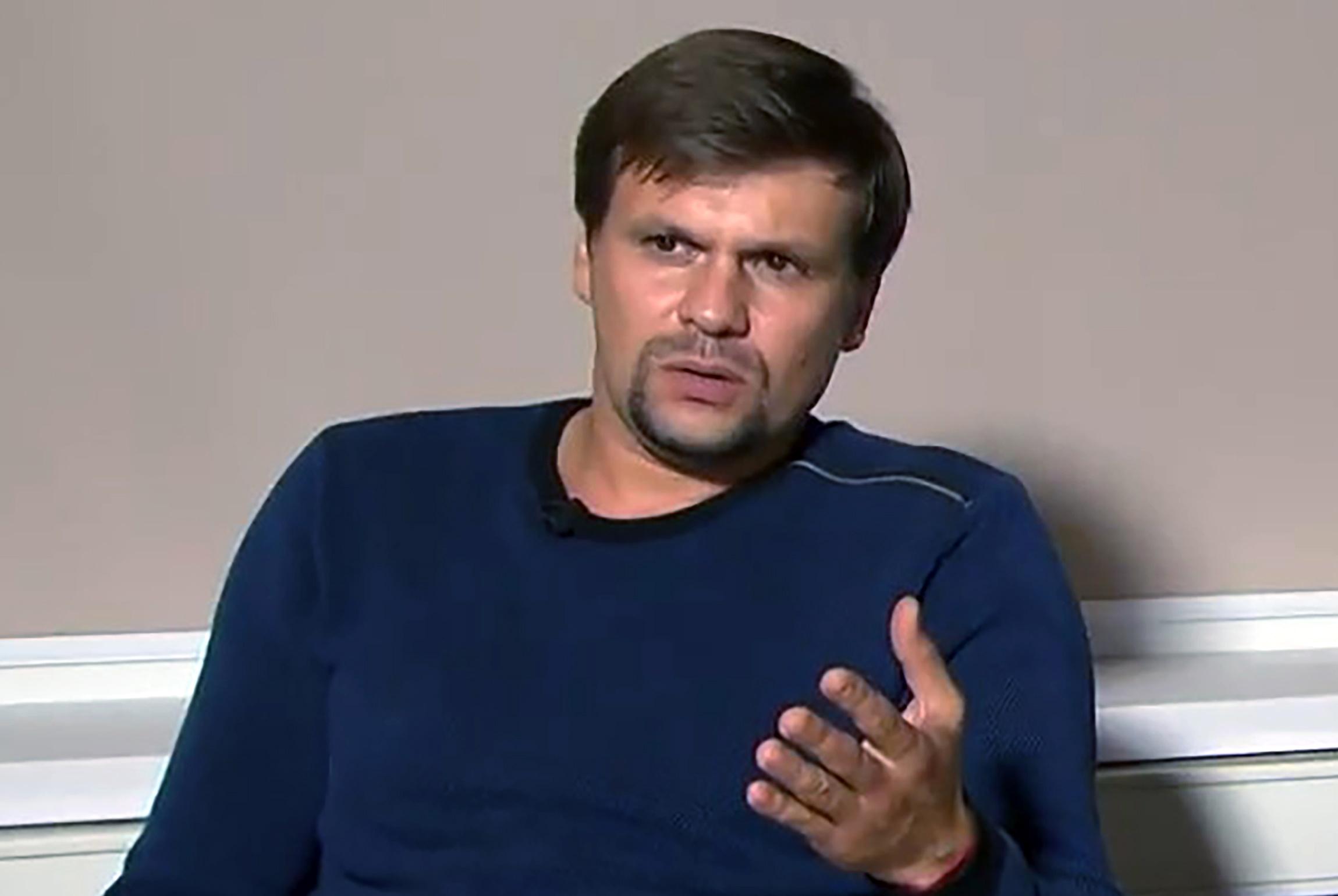 Meanwhile the assassins, who said they visited Salisbury Cathedral during their 122-minute stay in the city, returned to Moscow on a flight from Heathrow.

In their interview with state TV channel RT, the pair denied they were Russian GRU military hitmen.

They claim to be sports nutritionists who visited Salisbury for its cathedral and Gothic architecture. They have also denied being gay.

A spokesman for PM Theresa May said they were hiding behind “lies and blatant fabrications”.

Counter-terrorism detectives have charged Boshirov and Petrov, but it is understood Russia is unlikely to deport them to face trial.

Initial reports claimed the count­ry dispatched four assassins — including a woman — to run the hit.

Numbers up for spy 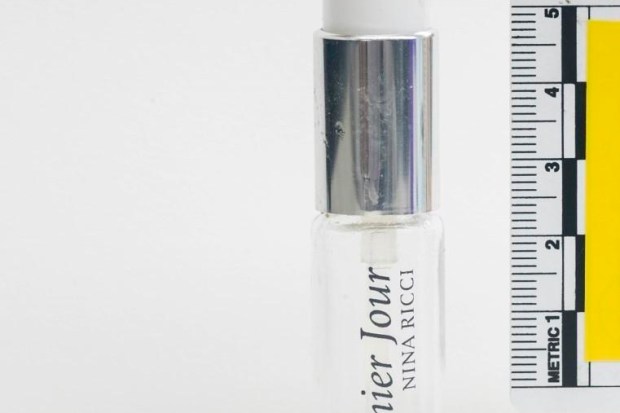 POISONER Alexander Petrov was linked directly to Russia’s spy service last night — by a phone number on his passport documents.

They are stamped with “do not supply any infor­mation”, the number 195-79-66 and the letters S.S. — a common Russian abbreviation for “sovershenno sekretno” or top secret.

Callers said the number was answered by a man confirming it was the Russian Defence Ministry’s military intelligence directorate — likely to be the branch office where Petrov and Ruslan Boshirov served.

Meanwhile, a £75 Nina Ricci Premier Jour perfume, whose bottle was used to carry Novichok in the Salisbury attack, has been ditched by Tesco and M&S.

WIN AN HOUR IN SALISBURY

HERE’S a chance for our ­Russian readers to win a two-day trip to Salisbury.

You’ll stay in a two-star East London hotel, perfect for the two-hour journey by train to Wiltshire.

You and a pal can take in Stonehenge and the cathedral in a 30-minute tour of Salisbury — and do it again the next day (weather permitting).

You must be 18 or over, hold a Russian passport and answer this question:

How high is Salisbury Cathedral’s spire?

THE Salisbury poisonings are no joke.

But the killers’ laughable excuse made us think what they might have said of other incidents in Russia’s past.