The traitor who fought for the SAS… and the SS: Lieutenant in UK’s fledging special forces who was ‘turned’ by the Nazis and joined Hitler’s most feared unit (before being jailed for bigamy)

He was one of the few men deemed fearless enough to be selected for the SAS shortly after the elite Army unit had been formed during the Second World War.

From 1942, Douglas Berneville-Claye served in the Special Air Service in North Africa under its hero founder David Stirling and key second in command Paddy Mayne.

Yet a new book reveals how the officer, who was born Douglas Claye but added the second element of his surname to boost his kudos, became a traitor after he was captured by the Germans.

From Churchill’s SAS to Hitler’s Waffen-SS, by Michael Scott, tells how, while in captivity, Claye signed up for the British Free Corps (BFC), a unit of the German military that was made up of volunteers from Britain.

Claye even went on to wear the distinctive black uniform of a captain in the murderous Waffen SS as he became one of more than 300,000 foreign troops and the first British officer to serve in the unit.

But the traitor escaped punishment for his activities and emigrated to Australia in the 1950s – after being briefly jailed in 1949 for bigamy.

He died there in 1975 as a much loved member of his community in New South Wales.

He had been decorated for bravery with British and French medals during the war, and also somehow avoided dismissal from the army after a 1946 court martial for an ‘improper association’ with a female member of the Auxiliary Transport Service (ATS).

Claye’s daughter Margaret Metcalfe, whom he disowned when she was a baby, was horrified when she delved into her father’s past.

She also discovered his serial bigamy and the fact that he had sired at least ten children.

The SAS’s origins are currently the subject of major BBC drama SAS Rogue Heroes, which stars Connor Swindells as Stirling and Jack O’Connell as Mayne. 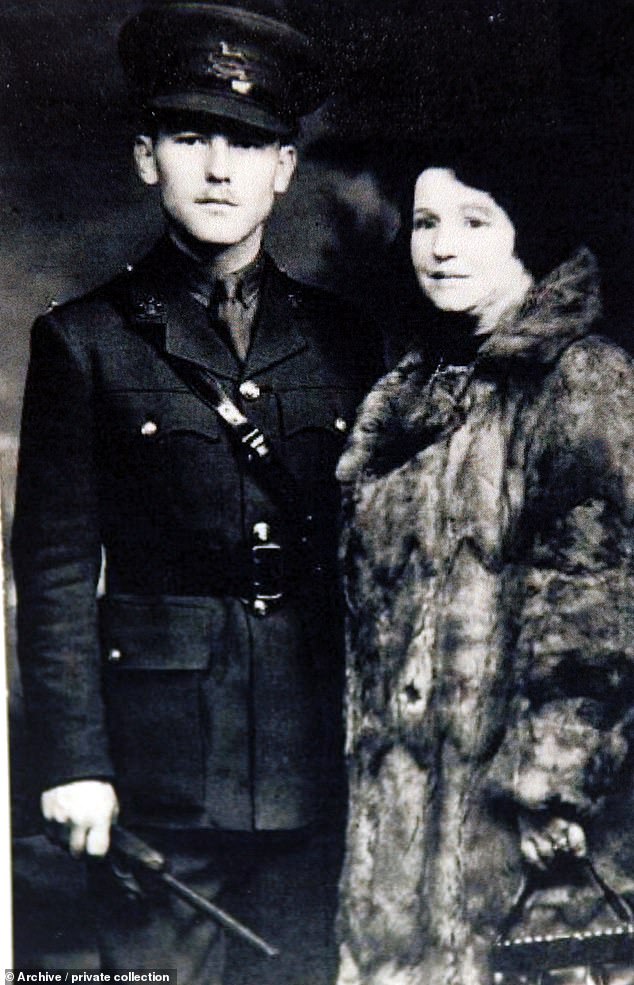 He was one of the few men deemed fearless enough to be selected for the SAS shortly after the elite Army unit had been formed during the Second World War. From 1942, Douglas Berneville-Claye served in the Special Air Service in North Africa under its hero founder David Stirling and key second in command Paddy Mayne. Above: Claye with his mother, Daisy in 1941 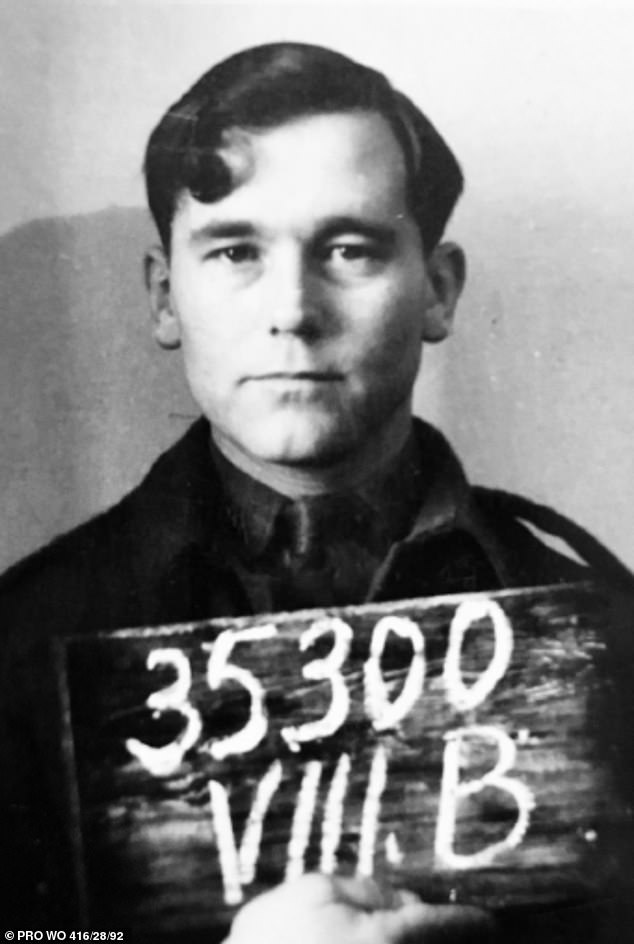 Yet the officer, who was born Douglas Claye but added the second element of his surname to boost his kudos, became a traitor after he was captured by the Germans. The former SAS member became the only British officer to join the Nazis during the war when he signed up for the British Free Corps. Above: Claye’s mugshot when he was imprisoned in Germany

When the Second World War broke out in 1939, Claye had already left his first wife while she was pregnant with their daughter, Yvonne.

He married his second wife, Nina, bigamously in 1940 after saving her from drowning.

Claye had signed up to the RAF after the outbreak of war. It was his fourth period of military service in six years.

But in March 1940, Claye was discharged from the RAF because he was ‘unlikely to make an efficient pilot’. He was later arrested for posing as an RAF pilot.

But, after starting to refer to himself as the Honourable Douglas St Aubyn Webster Bernville-Claye from the start of 1941, he enlisted in the military again, this time as a soldier.

He later also falsely claimed to have been educated at the prestigious Charterhouse school and Oxford University.

These lies prompted his selection for officer training, and he was sent to the Royal Military Academy at Sandhurst for a short war course. 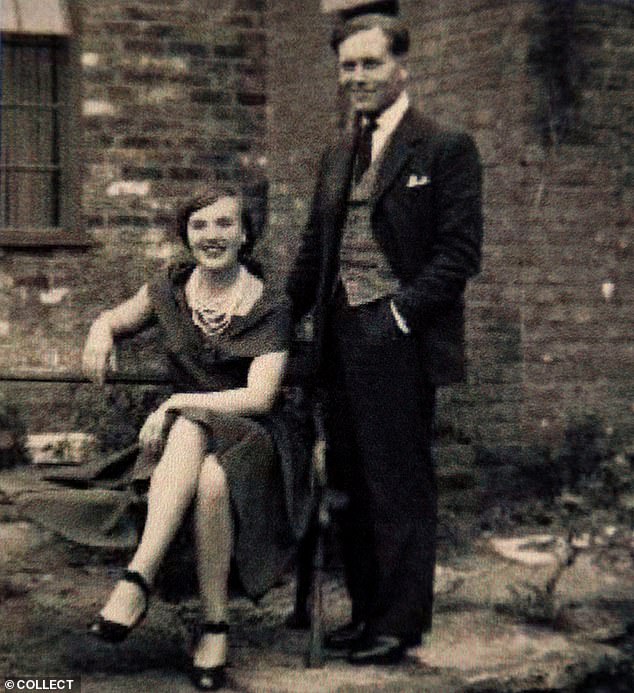 Claye was a serial bigamist who sired at least ten children. He is pictured above with his last wife Gisela

Despite his previous failures, he passed the course and joined the West Yorkshire Regiment.

Claye volunteered to joined the SAS in August 1942, when he was posted in Egypt, after surviving a misconduct case which saw him court-martialed for the first time.

The SAS had been formed the previous year by David Stirling.

Along with key members such Paddy Mayne, Jock Lewes and Reg Seekings, Stirling led a force that existed to wreak havoc behind enemy lines in North Africa.

But the operations were extremely dangerous. Claye survived the disastrous September 1942 raid on Benghazi in Libya, in which many members of the original SAS were killed.

In the aftermath of the mission, which was codenamed Operation Bigamy, Claye was among those who were selected to continue with the SAS.

Later, he was promoted under Mayne’s command of the SAS’s A Squadron to ‘war substantive lieutenant’.

But he was then captured and also wounded in the Tripoli area of Libya just before Christmas in 1942.

He initially spent time at camps in Italy, where he later claimed to have tried to escape.

In the autumn of 1943, Claye was sent to Germany. He was interned first at a camp for lower-ranked POWs but was ultimately transferred to Oflag 79 in Brunswick in April 1944.

There, he was briefly joined by Stirling himself, who had been captured in January 1943. 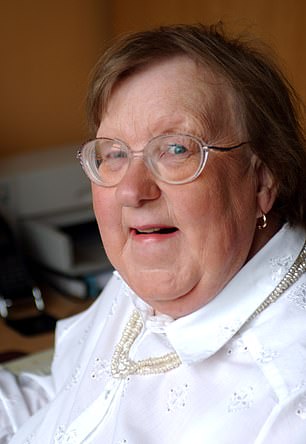 Claye’s daughter Margaret Metcalfe (pictured above in 2002), whom he disowned when she was a baby, was horrified when she delved into her father’s past

A British SOE double agent who was infiltrated into the camp in October 1944 said that when he arrived Claye was already a member of the Free Corps.

Members of the Free Corps – Britisches Freikorps – were lured by the prospect of better food, pleasant living quarters and access to women.

Whilst their value to the Germans was largely as an instrument of propaganda, Claye is believed to have been the only British Army officer to have donned the uniform of an SS Captain and commanded the BFC.

Claye was removed from his camp for his own safety by the Germans in February 1945, after it was claimed he had passed information to the Germans about the subversive activities of other camp inmates.

Other British inmates had allegedly planned to try him for being an informer and would have carried out an execution if he was found guilty.

Stirling later told MI5 that he believed Claye to ‘have been more than a minor stool pigeon who acted in a fit of temper’.

In the dying days of the war, Claye had tried to lead the Free Corps in a last-ditch attempt to defend Berlin from the advancing Red Army – but the men in his command refused to cooperate.

By then, Claye had been made an SS-Hauptsturmführer (Captain). Fellow BFC member Thomas Cooper later said that, Claye told him in April 1945 he had been serving in the SS for two months.

After Germany had finally been defeated by the Soviet Union and other Allied forces, Claye escaped capture or death by changing back into his SAS uniform, which he had hidden, and making it to British lines.

The Daily Mail reported in 1946 on how he had been court-martialed for his relationship with an ATS private. The woman, Mrs Therasa Hanf, had recently married. After an intimate encounter, she told him he was pregnant and he told her that ‘if she would keep quiet about it he would help her but if she made a public issue of it he would deny he was responsible’

Once back in England, he resumed his life as an Army officer. The Daily Mail reported in 1946 on how he had been court-martialed for his relationship with an ATS private.

The woman, Mrs Therasa Hanf, had recently married. After an intimate encounter, she told him he was pregnant and he told her that ‘if she would keep quiet about it he would help her but if she made a public issue of it he would deny he was responsible’.

After he was hauled before military judges, he insisted the woman’s claims were ‘a tissue of lies from beginning to end’.

But he was charged with improperly associating with the girl and also being intimate with her. 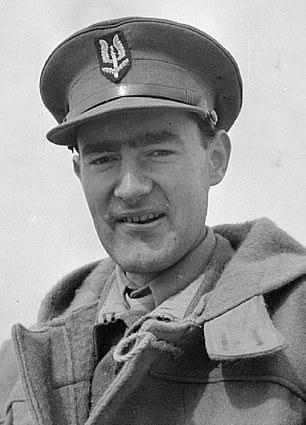 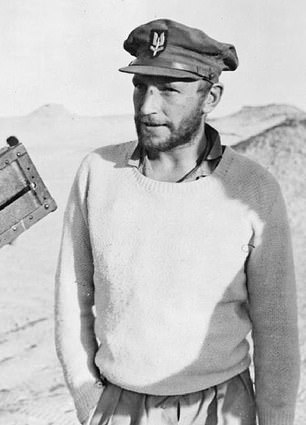 He also denied charges of stealing Army petrol and paying for items with cheques without ensuring he had the funds to back them up.

Ultimately however, Claye avoided dismissal and was instead severely reprimanded.

He also survived an MI5 investigation into his wartime activities, with the authorities concluding that a trial for treachery was unlikely to succeed.

Even though he was by then married, he tied the knot bigamously with another woman in 1949, an offence that saw him landed with a short prison sentence.

By the late 1950s, he had moved to Yorkshire and earned a living as a sales rep. He and his wife, Greta, had three sons.

But he then had another affair with a married neighbour and fled abroad with her. 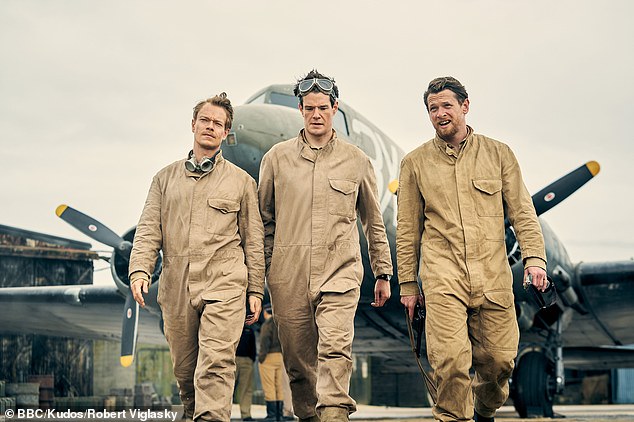 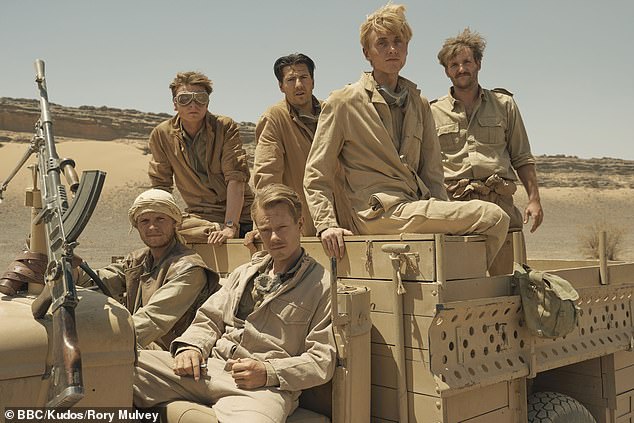 When his money ran out, he abandoned the woman and went to Australia with his wife and sons. 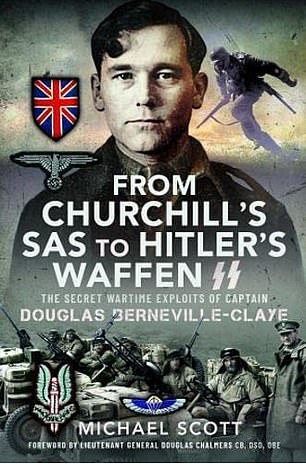 From Churchill’s SAS to Hitler’s Waffen-SS is published by Pen and Sword on November 30.

There he taught English at a Catholic boys’ school. When he died of cancer in 1975, he was allegedly a reformed man after converting to Catholicism.

Speaking to the Daily Mail in 2002 after she wrote a book about her family’s history, Ms Metcalfe said: ‘I was knocked sideways. I felt besmirched; guilty by association.

‘It was an attempt to understand, and ultimately to try to forgive him.’

Ms Metcalfe began piecing together her family tree after retiring in 2000.

Born in Little Ouseburn, near York, she discovered her father had met her mother, Ada, when she worked as a cleaner at Claye’s father’s pub.

She was 22 when she fell pregnant, whilst Claye was 16. But when Claye went off to pursue other women and his military career, Ms Metcalfe was raised by her mother, aunt and grandparents.

Ms Metcalfe also discovered how her father had denied paternity and washed his hands of any responsibility for her.

Ms Metcalfe added: ‘Douglas had been a traitor for his country. I felt sullied by my association with him.’

From Churchill’s SAS to Hitler’s Waffen-SS is published by Pen and Sword on November 30.