A DOUBLE explosion in China has killed 19 people and injured 189 more after a tanker truck careered off a highway into a factory.

Rescuers in Zhejiang province are now searching for trapped survivors among the charred rubble of the industrial site. 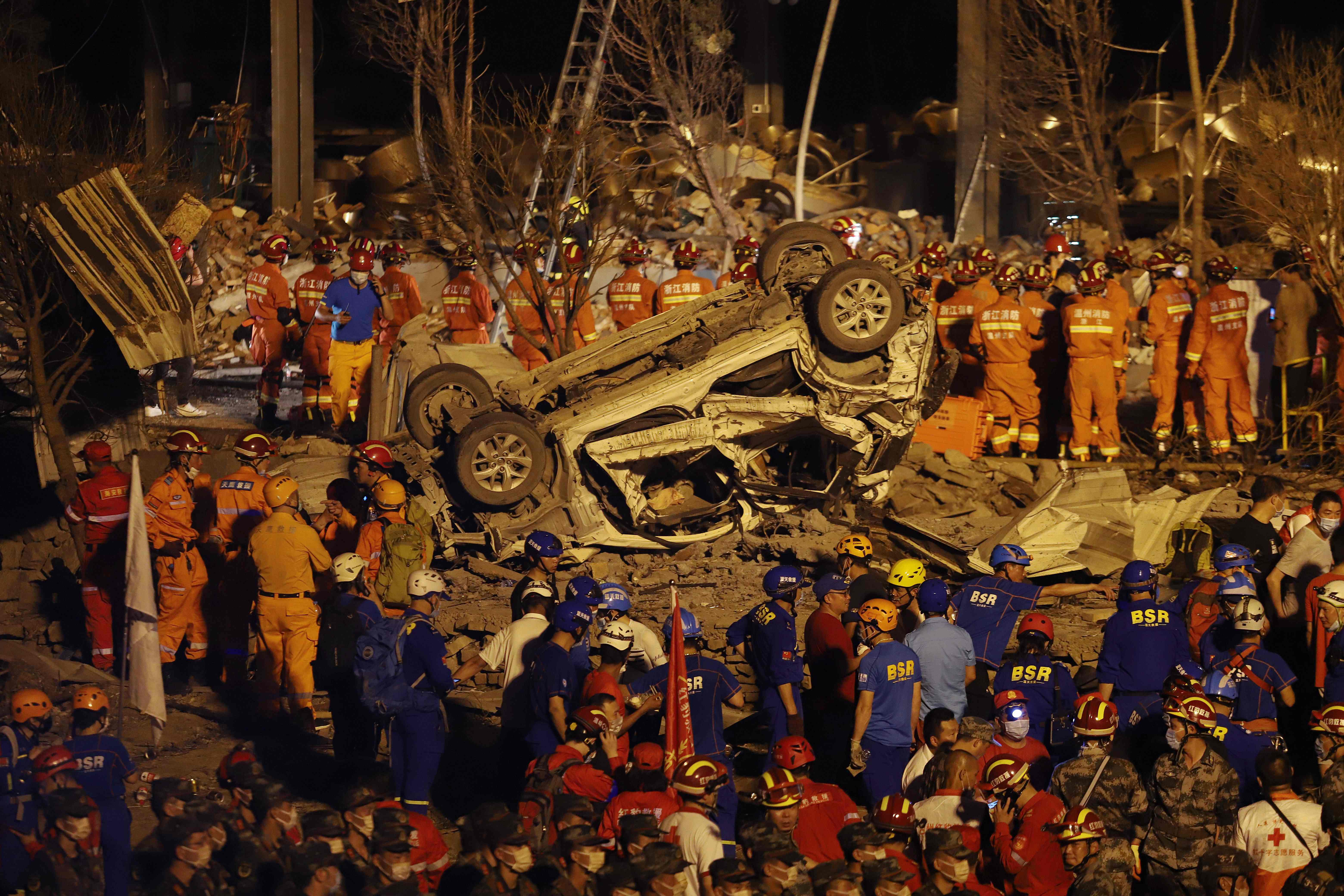 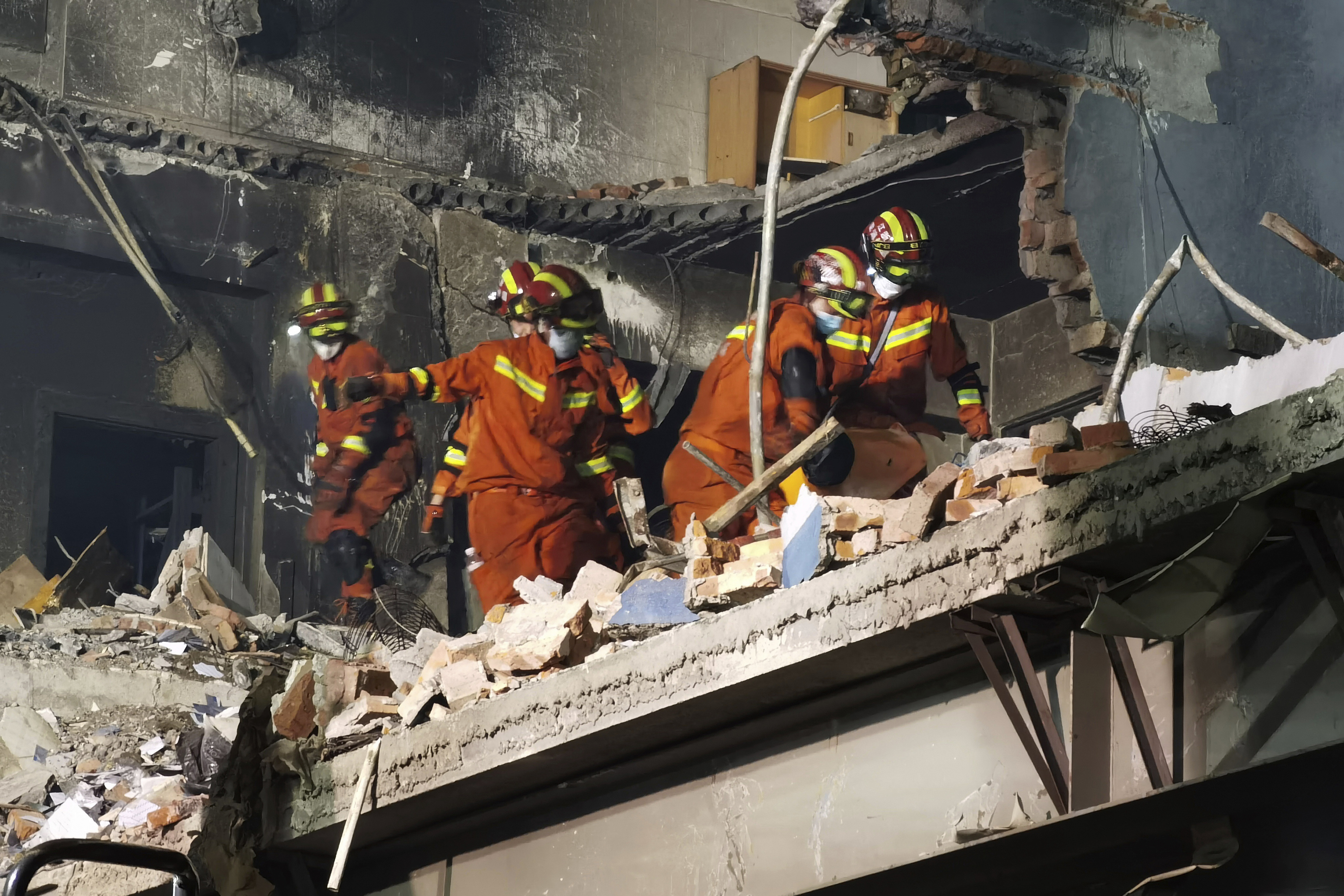 The lorry was carrying liquefied natural gas (LNG) when it exploded on a highway at around 4.30pm on Saturday afternoon.

A second eruption was then sparked after the damaged truck was propelled into a factory building next to the highway.

Other vehicles were also seen in the wreckage of the manufacturing site.

One image featured firefighters hosing down a row of buildings with blown-out facades well into the night. 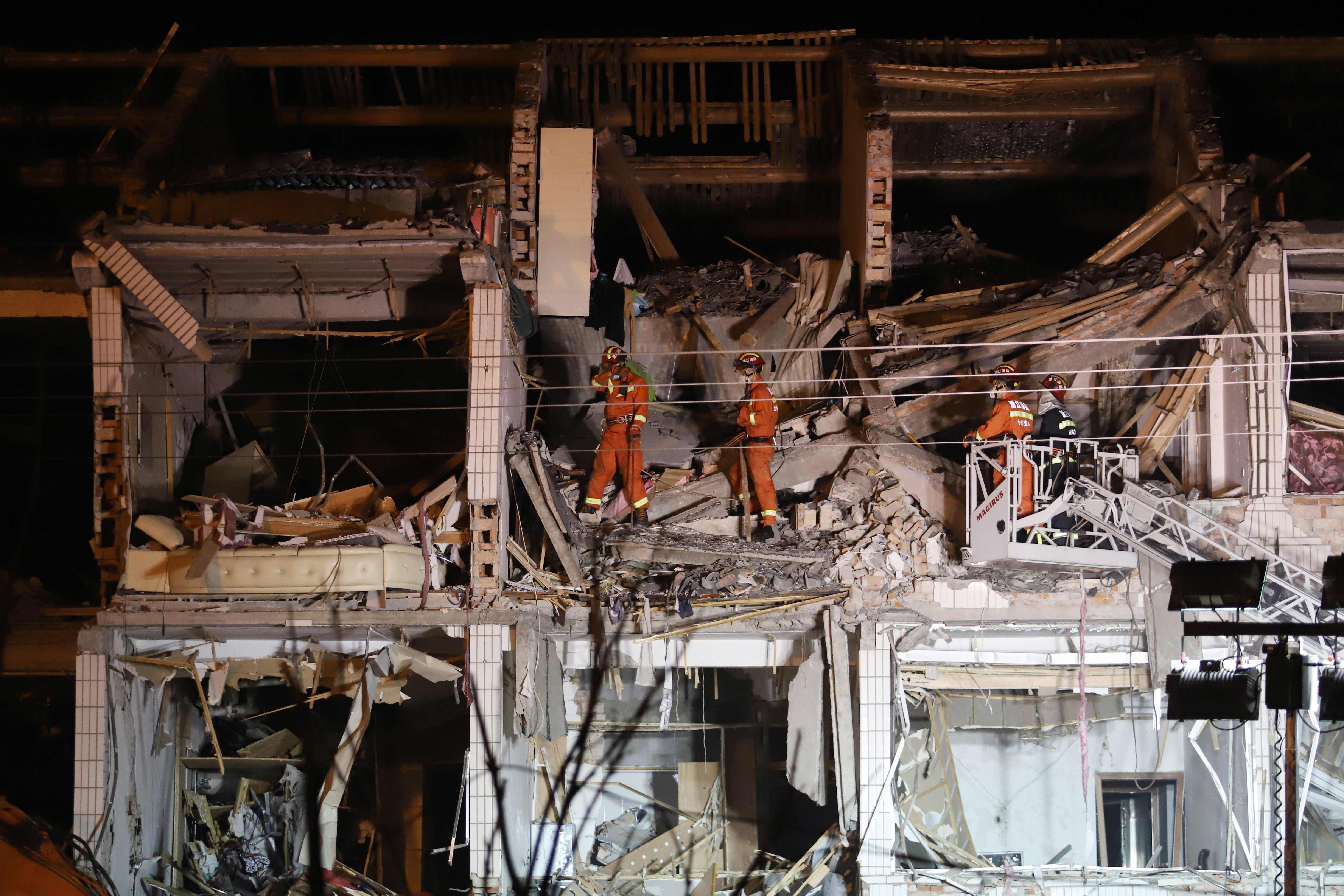 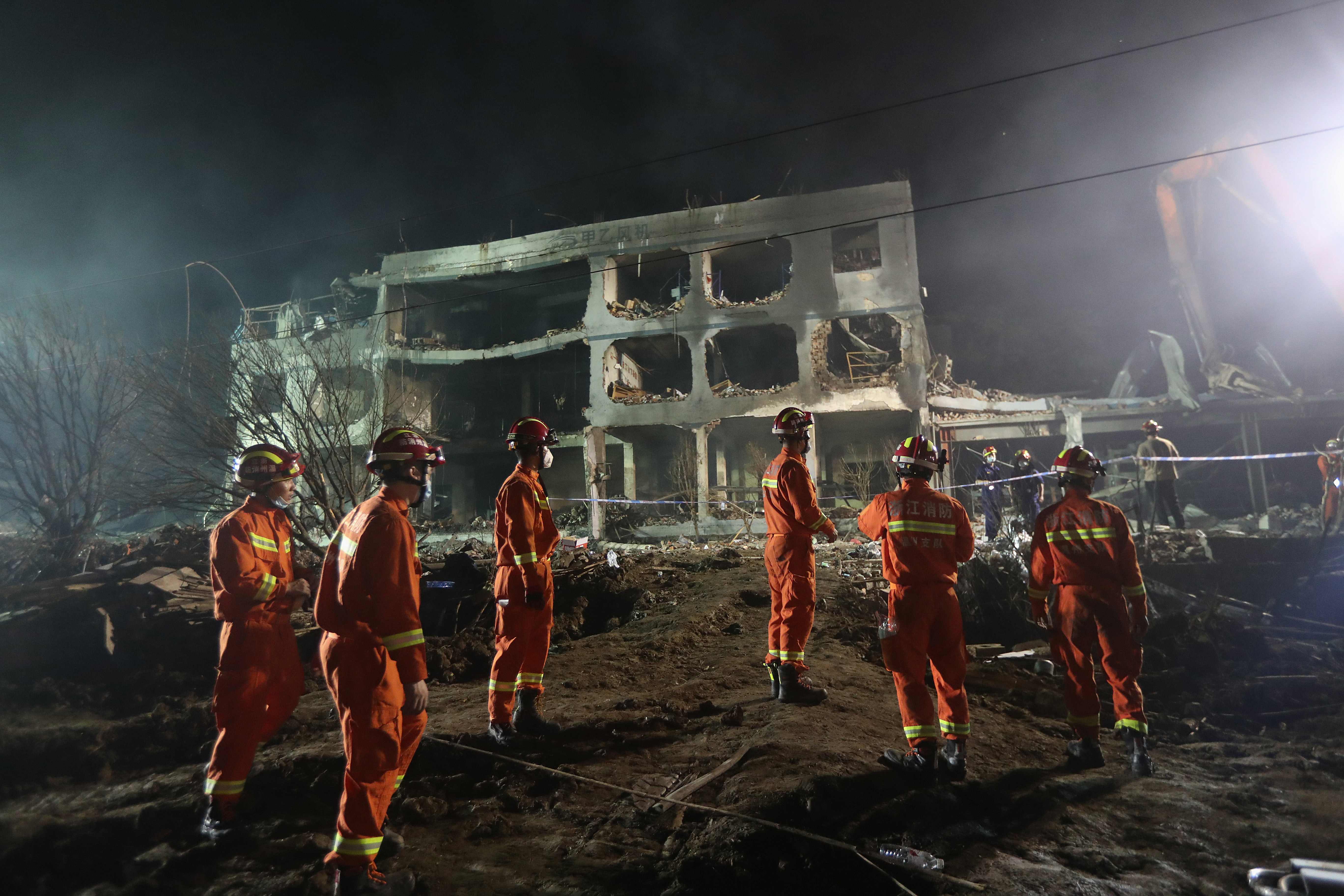 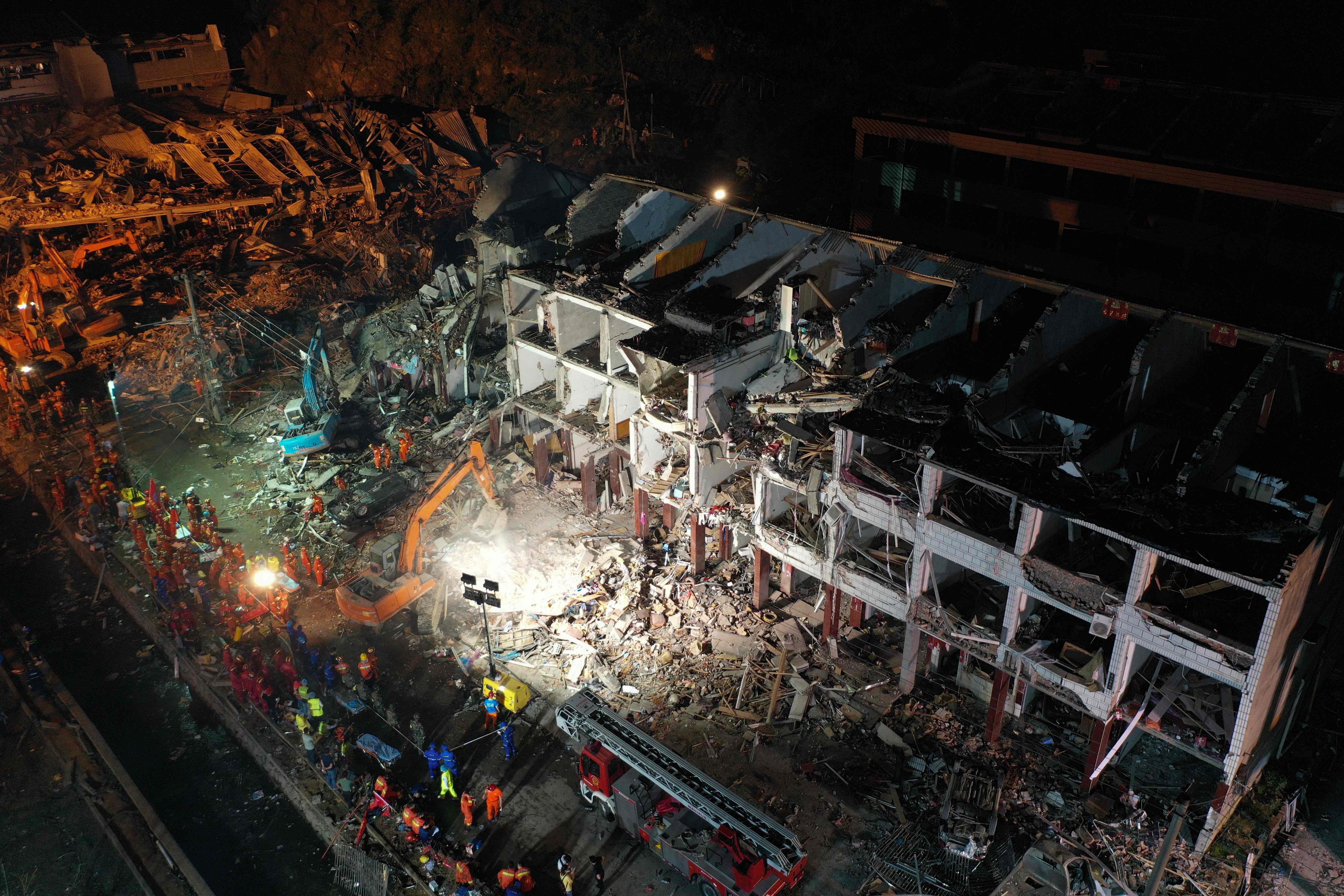 Authorities say they are now investigating the cause of the freak accident, which happened in the south east of China.

The Wenling city government information office said on its social media account that houses and workshops collapsed and 189 people were treated at six hospitals.

Zhu Minglian, Wenling's deputy mayor, said more than 2,600 rescue workers were deployed to the site and efforts are still under way to recover survivors.

According to local news outlet Chongqing Daily, the company which owns the truck has been penalisedmultiple times over health and safety failures.

Road safety is a big issue in China and more than 200,000 Chinese die every year in road accidents, according to the World Health Organisation .

In 2018, the Sun Online showed dramatic footage of the moment a Chinese highway transformed into a raging inferno after an overturned tanker coated the road in liquid natural gas.

Dashcam footage from a passing car showed a car bursting into flames just moments after the driver pulled onto the shoulder behind the tanker truck. 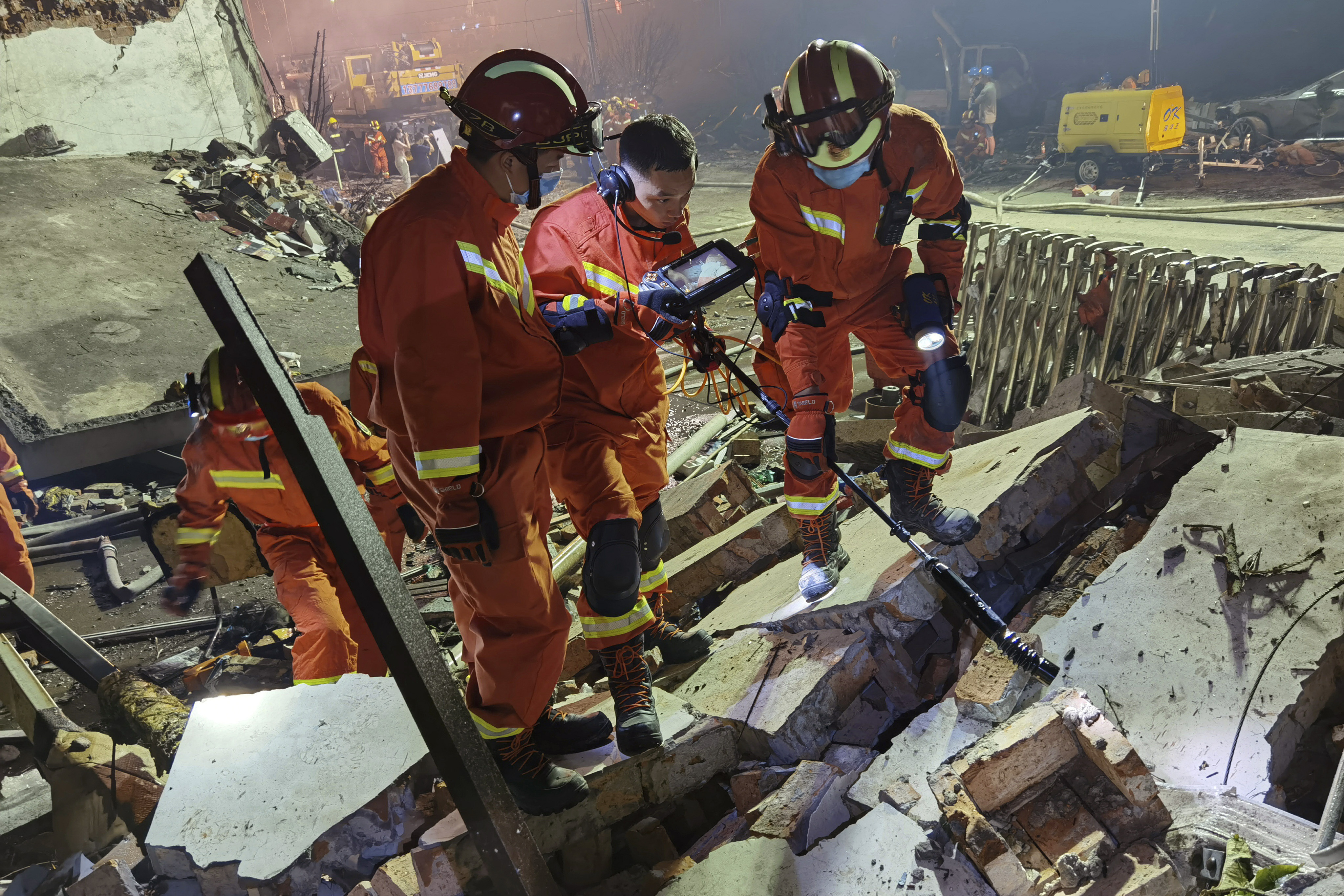