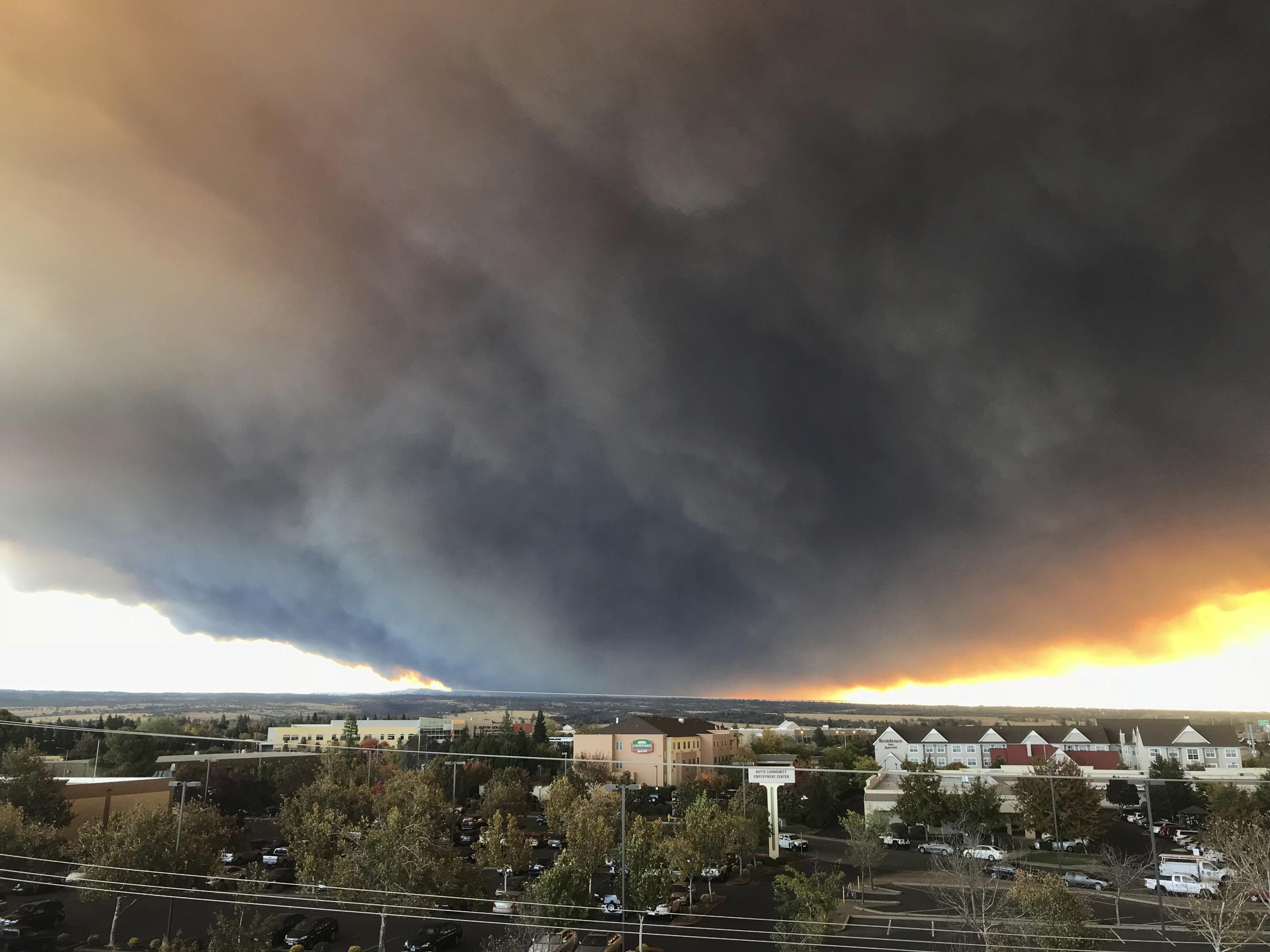 There were reports of destroyed homes and buildings, but fire officials said it was too early to confirm the incidents.

More than 27,000 residents were evacuated from Paradise, about 150 miles northeast of San Francisco.

The regions has been scarred by apocalyptic fires this year. 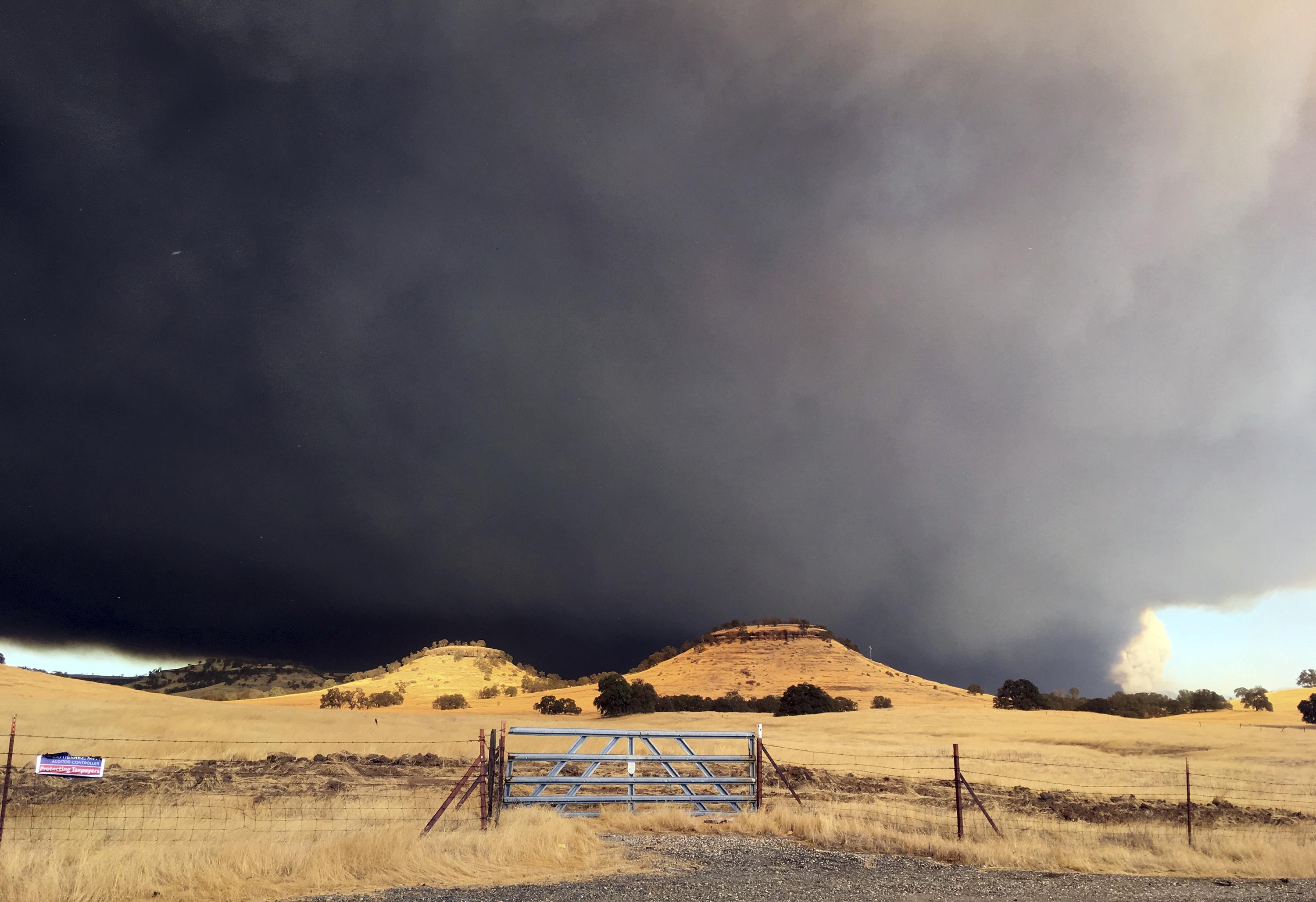 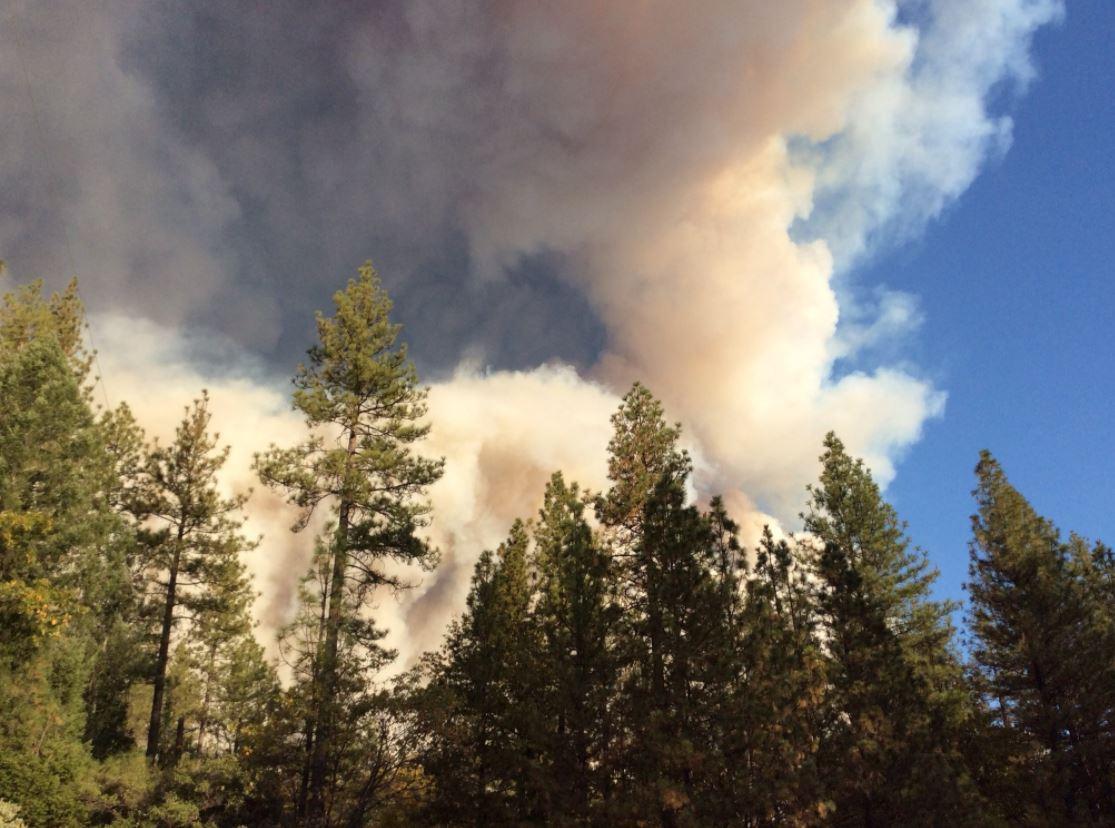 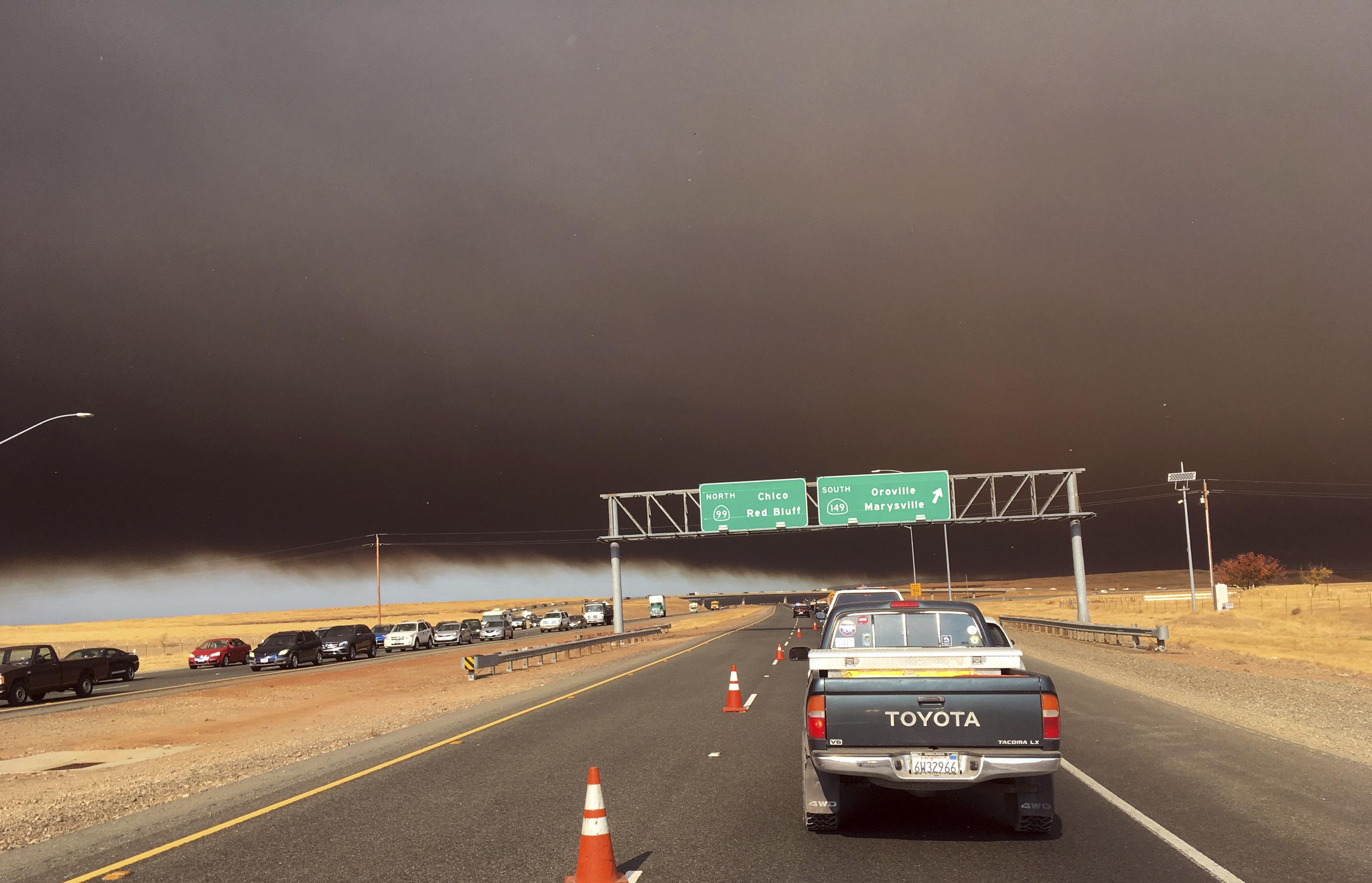 Trailer park resident, Shary Bernacett, said her husband desperately knocked on doors to try and get neighbours to safety.

She said: "The whole hill’s on fire. God help us!"

Butte County Sheriff Kory Honea said: "We're trying to get as many people out as quickly as possible and save as many lives as we can."

Rick Carhart, a fire service spokesman, said: "The blaze is being driven by fairly strong winds.

"It’s really dry and we have low humidity and unfortunately those are great conditions for a fire to spread."

"Multiple vehicles and structures being lost, fire fighters are attempting to make a stand but fire behaviour is extreme," tweeted Bernie Deyo.

Deyo said one of the main buildings at Feather River Hospital in Paradise was on fire, with 30-40 patients in the hospital still waiting to be evacuated.

Fire authorities did not indicate how the blaze started.

The fire has cut off power to roughly 34,000 customers in Butte and Plumas counties, according to a spokesman for Pacific Gas & Electric.