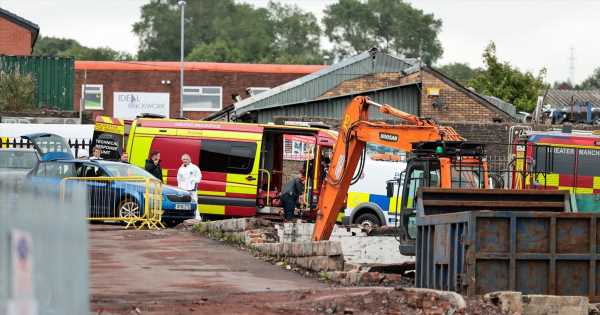 Police have declared a major incident after human remains were found by demolition workers at a mill weeks after the site was ravaged by fire.

Four people were reported missing after the incident.

Shocked demolition workers at the ruined site reportedly discovered the remains on Saturday, July 23 and reported the find to police.

READ MORE: Shark expert warns ‘we are going to get more fatalities’ as bait fish thrive

At the time, it was not believed that anyone was inside the mill.

But now officers delivered the tragic news that last week they got a tip claiming several missing people may have been involved.

GMP reported four Vietnamese nationals were reported as missing and may have been involved in a fire.

Police said they are referring the incident to their Professional Standards Branch for review due to "previous contact relating to the fire and missing persons".

Officers have appealed to the public for information on how the building was being used before the fire in May.

The huge blaze saw more than 50 firefighters converge on the property back in the early hours of May 7, with nearby residents warned to keep doors and windows closed.

The building, named in reports at the time as a tile and bathroom warehouse in Oldham called The Tile Shop, was gutted by flames in a massive blaze.

The inferno was so large it saw local roads closed and almost 70 999 calls from concerned members of the public.

GMP Assistant Chief Constable Rob Potts said: "Victims and the bereaved are at the forefront of our investigations into deaths.

"As such, whilst work is ongoing to confirm the identity of the deceased, we are liaising with partner agencies to ensure potential family members in Vietnam are fully informed and supported.

“This news will understandably impact both the local and wider community. I can reassure members of the public that this has been declared a major incident to ensure both GMP and partner agencies respond to this incident in the most effective way."