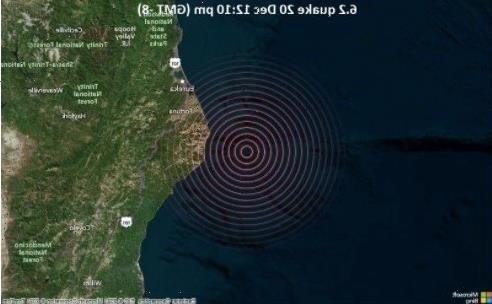 A POWERFUL magnitude 6.2 earthquake struck northern California as locals say they felt a "big one".

The temblor, which hit around 12:10pm on Monday, was centered in the Pacific Ocean and was felt near Humboldt County and Eureka. 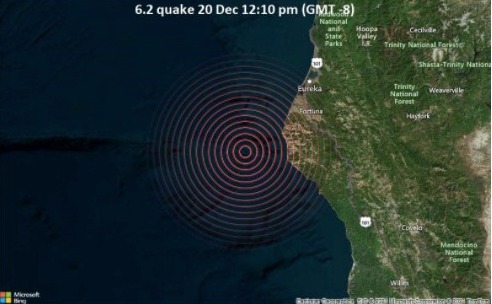 According to the European Mediterranean Seismological Centre, the tremor took place at a depth of 5.6 miles.

Per the California Geological Survey, residents in San Francisco felt the shake.

“Moderate to strong shaking was recorded by the seismic network along the coast. The earthquake was felt in San Francisco by this CGS geologist!” the CGS tweeted.

The quake was also reportedly felt in the city of Albany in Oregon.

Despite the substantial magnitude is no tsunami warning for the region.

There were no immediate reports of any injuries or damage.

XMAS ON THE BRINK

The California Governor’s Office of Emergency Services is “actively monitoring” the situation.

Californians quickly voiced their concerns on Twitter, saying: "Holy s***. That was a big one. #earthquake #ferndaleca."

A second person wrote: "Maybe God has had it with California #Earthquake."

The quake took place minutes away from the Cascadia subduction zone, a central fault line that stretches from northern Vancouver Island in Canada to Northern California.

Minutes after the large shake, a 3.0 magnitude earthquake was felt in Ferndale, California.