Humpty, as he has now been named, may be nearing 40 years of age but that didn’t stop him embarking on a recent adventure, having escaped (albeit slowly) from his owner’s home. 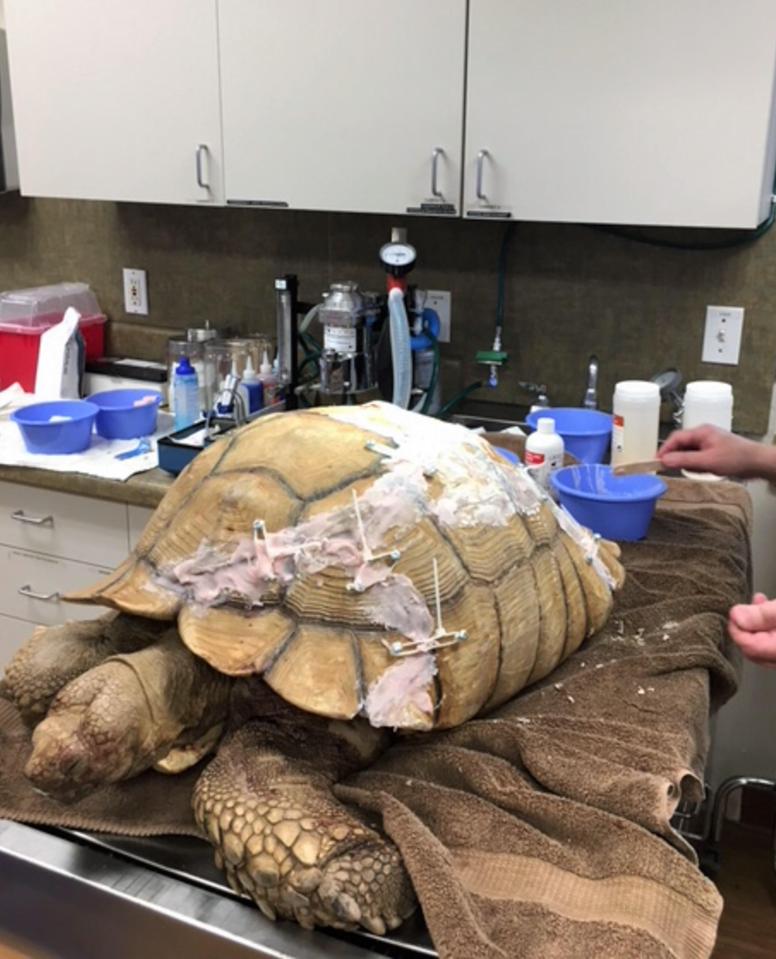 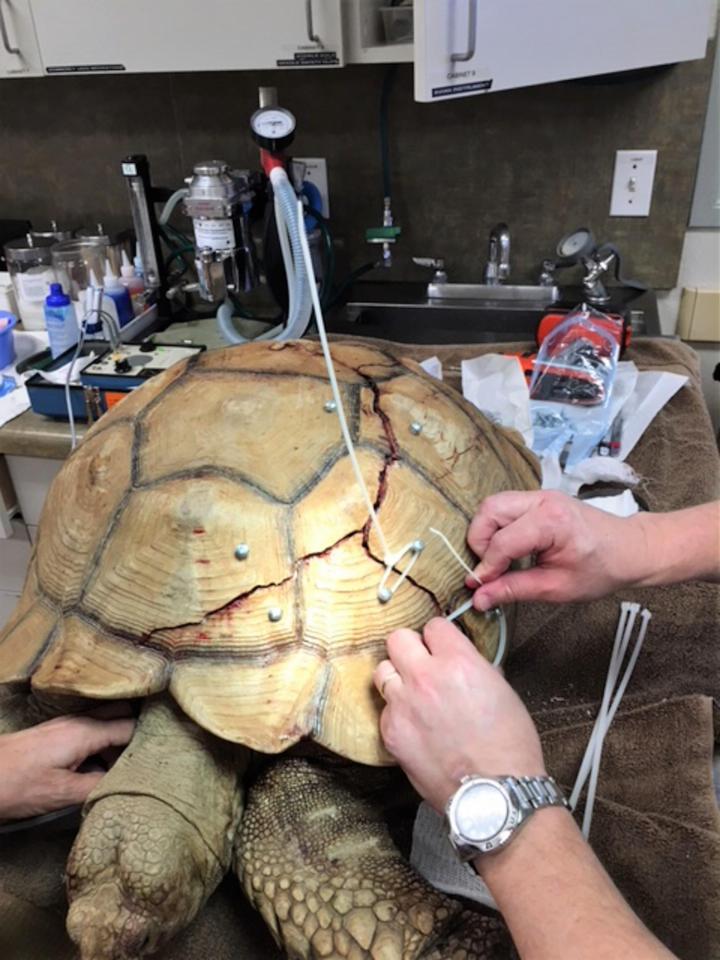 It appears that having made is break for freedom the plucky tortoise was chased by a dog and ended up falling off a 10-foot-high retaining wall, breaking his shell in three places in the process.

Having been alerted by a good Samaritan, the San Diego County Department of Animal Services responded right away — and it was soon clear how much pain the tortoise was in. 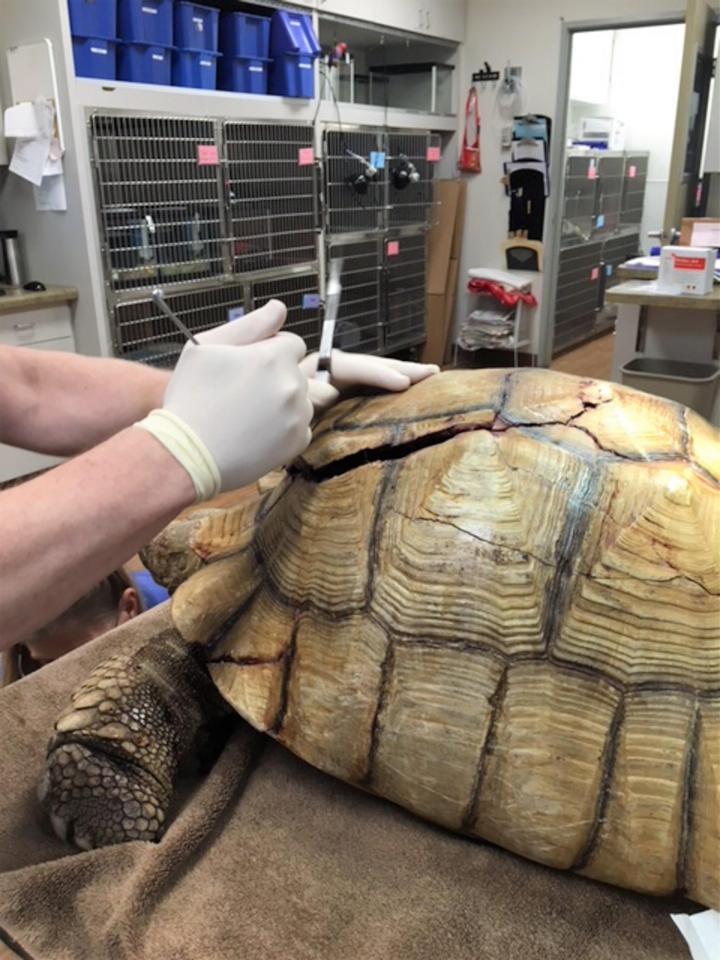 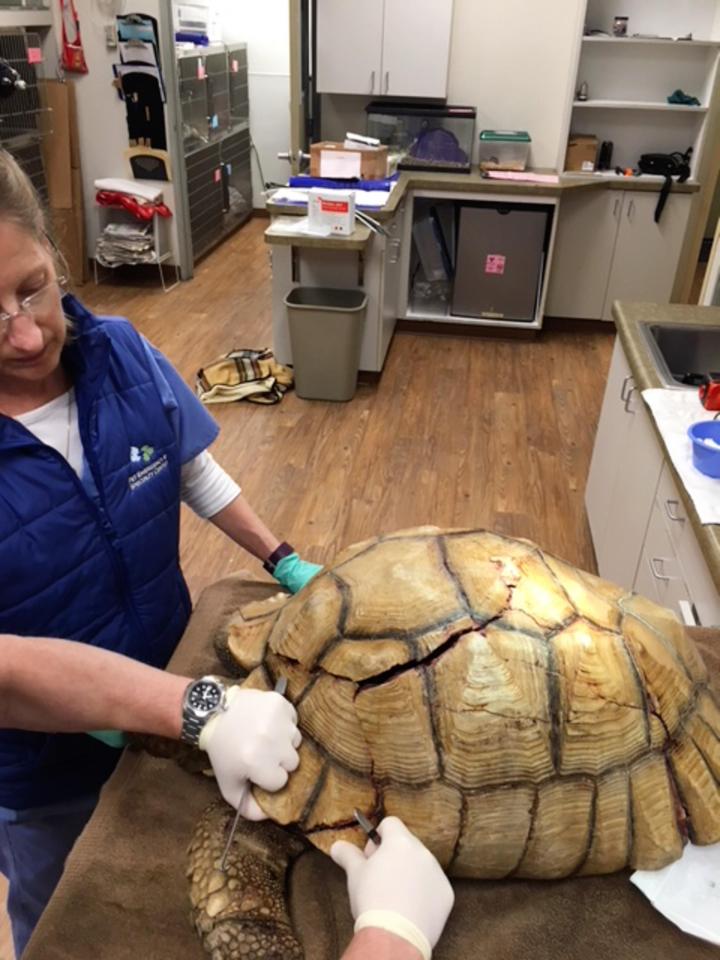 The 90-pound tortoise was taken to a veterinary hospital and that’s when County Animal Services was called in. An animal control officer took the shattered tortoise to a veterinarian that specialises in reptiles for emergency care and observation. 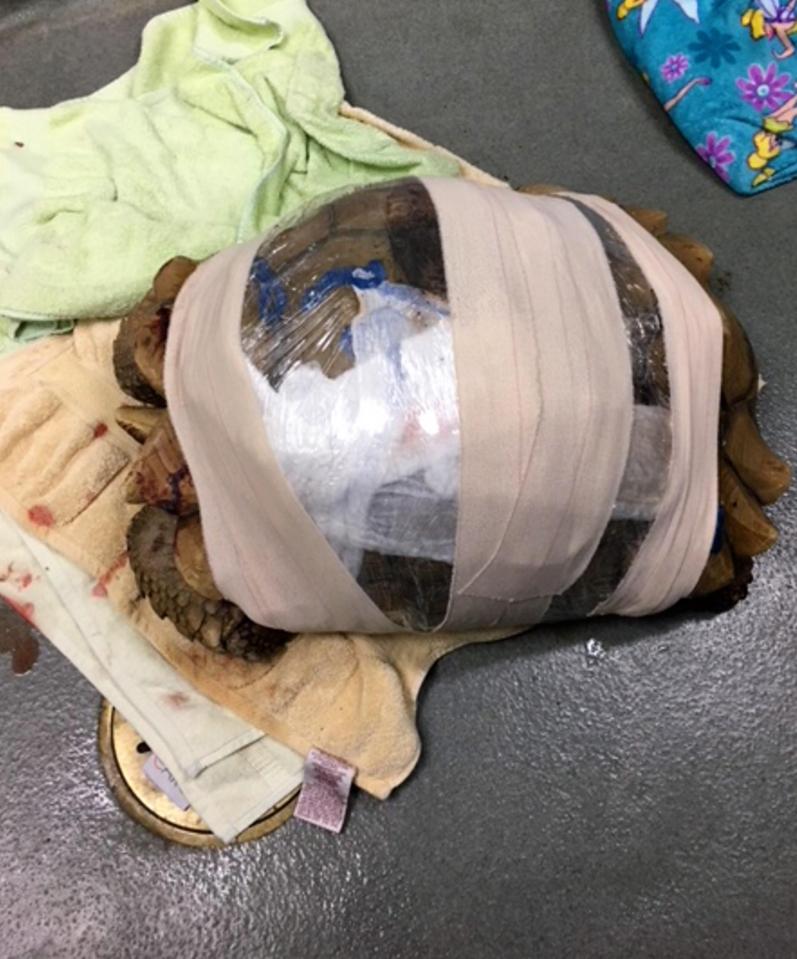 “This tortoise will get the extensive, aggressive care and long-term observation that he needs to regain his health and hopefully live to a great, old age.”

During the operation veterinarians put screws into Humpty’s shell and used ties on the screws to hold the broken pieces together. Then the same paste material that dentures are made from was applied to help seal the cracks before he underwent further reconstructive surgery. 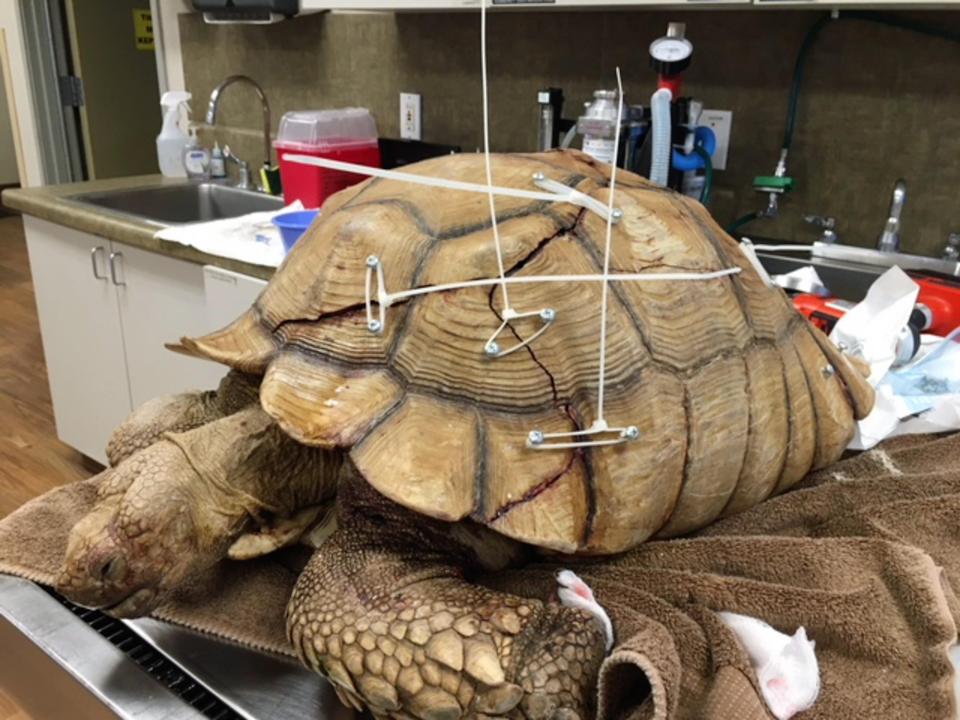 Animal Services say his prognosis is good, and it seems that he now has the chance to live to the grand old age of 70 years, which is the average life expectancy for the African spurred tortoise. The greatest concern now is a long-term infection, but with this medical care, Humpty’s future looks bright.