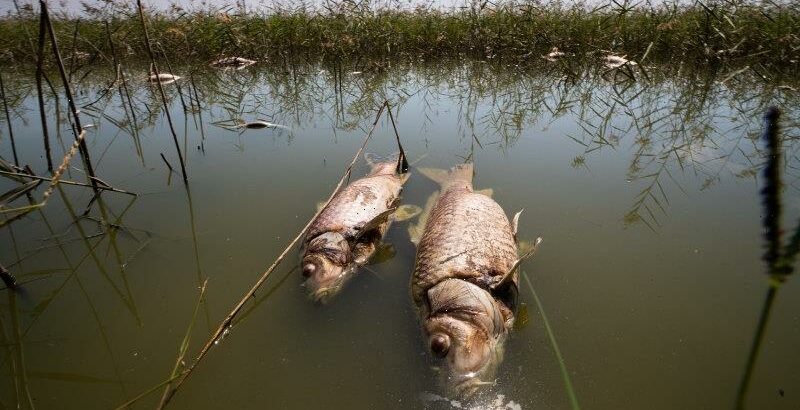 A large detergent spill has killed hundreds of fish in a creek system in Melbourne’s west.

The state’s Environment Protection Authority is warning people not to contact the waters of Cherry Creek and Cherry Lake in Altona following the pollution incident. 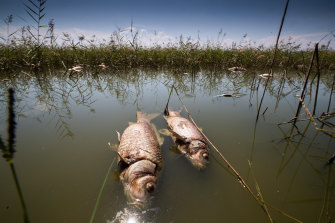 The chemical spill was reported early last week when the detergent first flowed into the creek. The pollutant is now being flushed down towards Port Phillip Bay.

“A large quantity of what appears to be a cleaning agent has spilled into the waterway resulting in a large number of fish deaths,” an Environment Protection Authority spokesman said.

The authority said fish killed included carp and eels, and it expected the spill would take weeks to clean up.

Public notices telling visitors to avoid contact with the water have been erected and Melbourne Water is conducting a clean-up operation. 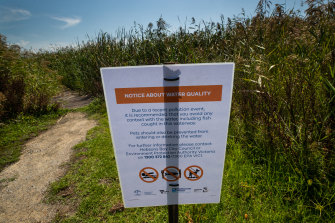 A sign about water quality at Cherry Lake on Monday.Credit:Jaon South

The authority is warning people not to eat fish taken from the waterway, and said pet owners should stop animals from eating those found on the banks of the creek or lake, or the adjacent shoreline.

“[The regulator] is monitoring the situation and testing water conditions. An investigation into the spill has already commenced. Updates will be posted via social media,” the EPA spokesman said.

The authority would not say what caused the spill or whether it was accidental, citing ongoing investigations, but said it had been stopped. It would not say how much detergent had entered the waterway.

The spokesman said the surfactant, a chemical compound found in detergent, that entered the creek was not very toxic, but could irritate the skin and give pets an upset stomach if they ate the dead fish. 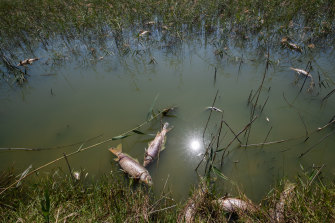 Anyone coming in contact with the chemical should wash it off with water.

It is likely that fish would continue to show up dead for a few days as they float downstream towards the lake from the creek.

Hobsons Bay City Council was contacted for comment on Monday, but said in an earlier statement it had been informed the EPA were monitoring Cherry Lake and Cherry Creek as Melbourne Water crews cleaned up the spill.