HUNDREDS of prisoners have escaped from prisons in Brazil today in a revolt over a coronavirus crackdown.

The uprising broke out after temporary release for Easter was cancelled because of the risk of in-house contamination upon prisoners' return. 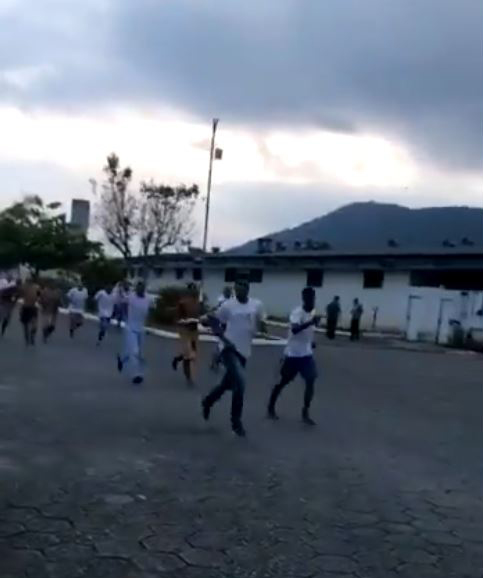 Inmates escaped in Tremembé and Mirandópolis and a rebellion was reported at a prison in Porto Feliz.

In one escape, about 400 inmates got out of the Centro de Progressão Penitenciária (CPP) Dr Rubens Aleixo Sendin, in Mongaguá, on the coast of São Paulo.

In footage from the scene, the person filming calls out: "Come back on Monday, hey!"

The Military Police have already recaptured 41 inmates from the Mongaguá unit.

Nine hostages they had taken were released and the prisoners who had not escaped returned to their cells.

The unit has capacity for 1,640 prisoners but was holding 2,796 – almost double capacity – according to the Secretariat of Penitentiary Administration.

Other videos showed dozens on a beach.

'ACTS OF INSUBORDINATION ARE OCCURRING'

Semi-open prisons in the state have no armed guards, São Paulo’s state penitentiary administration department said, adding that it is “taking all the due measures to remedy the problem.”

The judiciary had already implemented restrictions on visits to stop the virus entering the prison network and those in custody.

On Monday, the Court of Justice of São Paulo decided to suspend hearings considered non-urgent and vetoed public attendance in trials to prevent the spread of coronavirus. Only urgent cases are being heard at the moment. 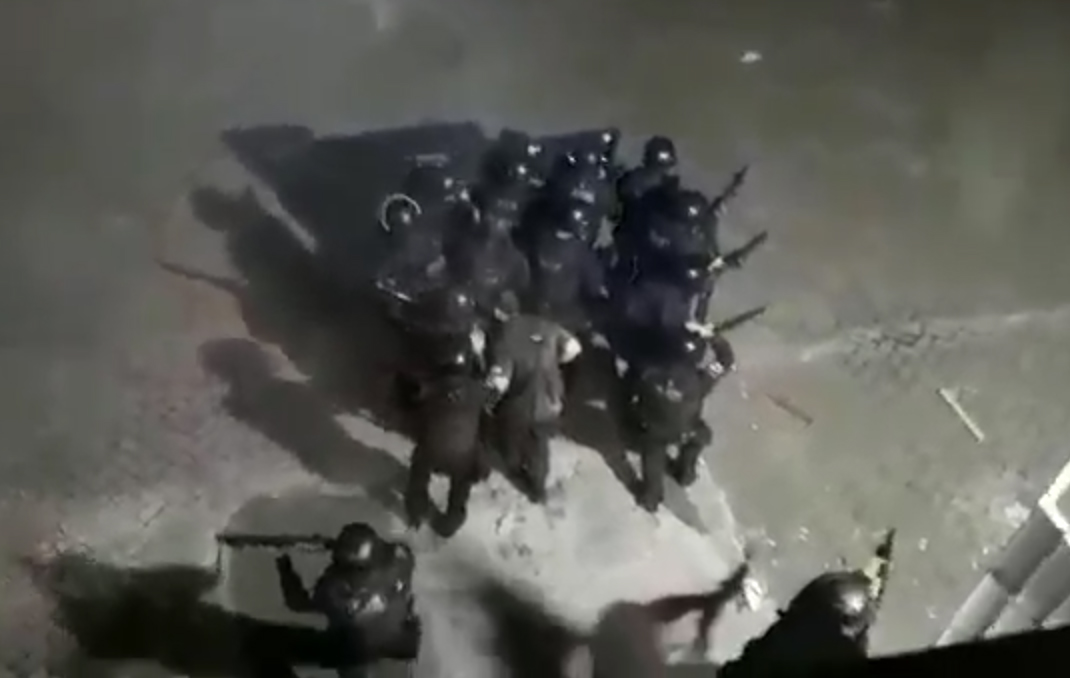 The Secretariat of Penitentiary Administration (SAP) said in a statement (translated): "Acts of insubordination are occurring in the Centers of Penitentiary Progression of Mongaguá, Tremembé and Porto Feliz, in addition to the half-open wing of Penitentiary II of Mirandópolis, due to the suspension of temporary departure, which were due to occur tomorrow [Tuesday 17th].

"Both the Rapid Intervention Group (GIR) and the Military Police have been activated and are taking care of the situation.

"The measure was necessary because the benefit would contemplate more than 34 thousand sentenced of the semi-open regime that, returning to prison, would have high potential to install and spread the coronavirus in a vulnerable population, generating health risks to servers and custodians."

It is not known how many prisoners are currently on the run.