Paying last respects to a hero: Hundreds turn out at funeral for World War Two pilot who saved his crewmates in a crash but had no family to mourn him when he died aged 97

Hundreds of people have attended the funeral of a World War Two hero from Salford who died at the age of 97 and had no living family to mourn him.

Flying Officer Walter Bentley flew in the RAF during the Second World War.

He was forced to crash land after his first flight was shot in September 1944, while bringing food and ammunition to Allied troops fighting at Arnhem Bridge in Holland.

In the crash, he managed to land safely and save the lives of his five crew members. 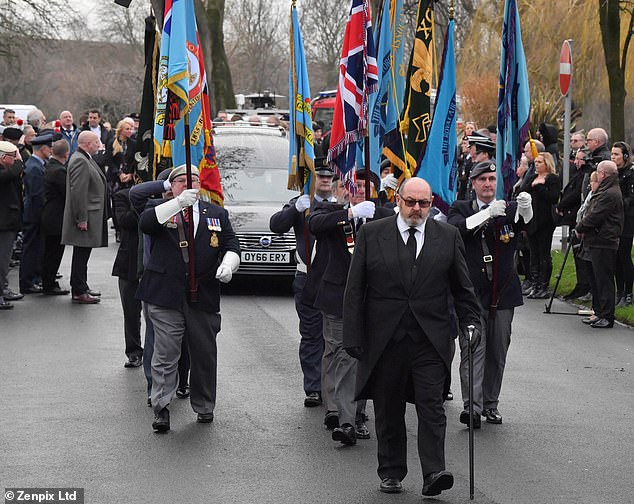 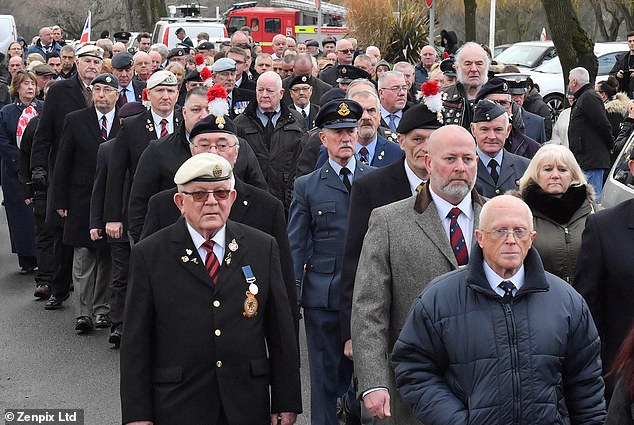 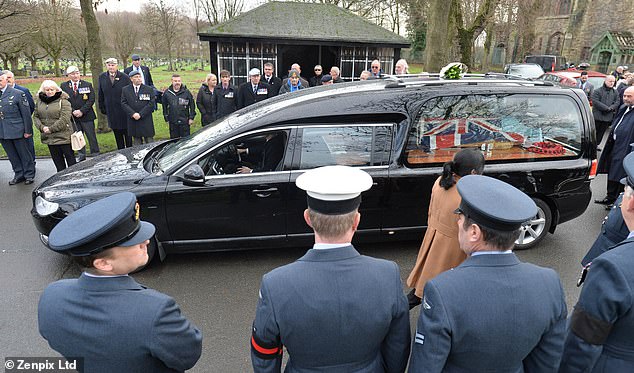 Mr Bentley left detailed notes about his funeral cortege, asking it to move quickly as he was a very fast driver and he couldn’t stand going slowly behind a funeral procession

Mr Bentley, who later worked as a bus driver, was brought up in Lower Broughton, Salford, and married his wife Gladys in 1955.

The couple did not have any children and Gladys died in 2007.

A veterans network had launched an appeal urging people to attend his funeral. 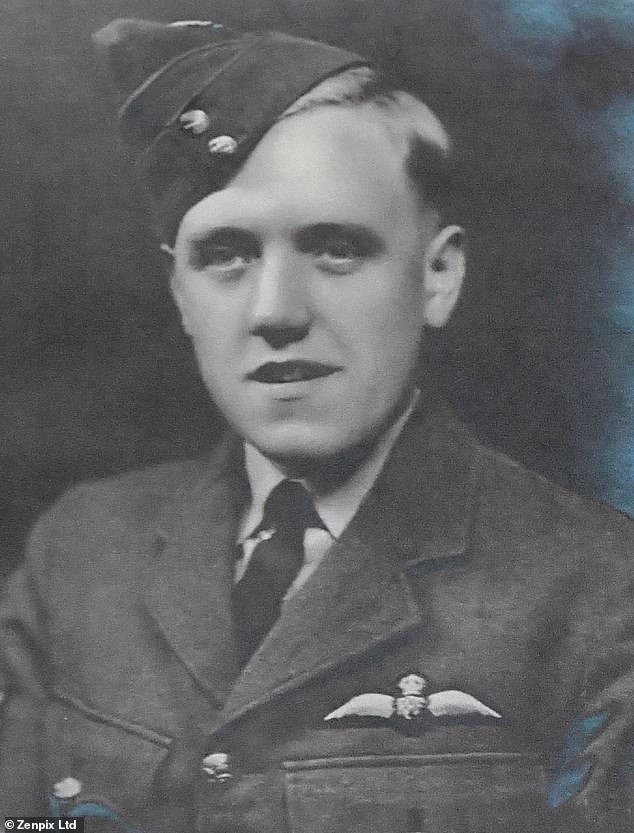 Flying Officer Walter Bentley managed to land safely when his first flight in September 1944 was shot. He managed to save the lives of five of his crew members 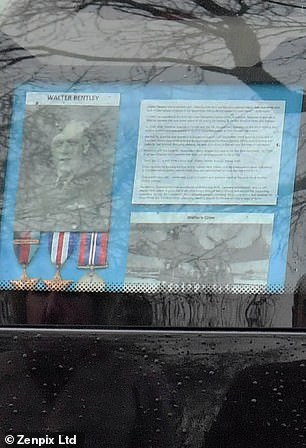 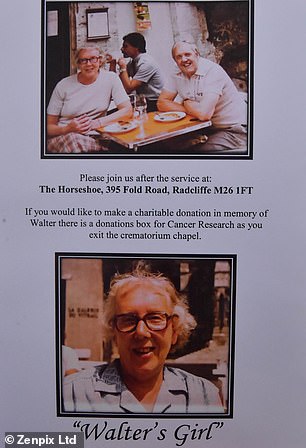 Owen Hammond from Salford Veterans Network, told the BBC: ‘As many Salford people to come out as possible if it’s a nice day and wish him on his way, I think it’ll be a great show of strength for poor old Walter and a recognition of all he’s done for us.’

‘He was a very fast driver, he was a great character and he couldn’t stand going slowly behind a funeral cortege.’

After the service, people had a chance to make a charitable donation in memory of Walter outside the crematorium chapel. 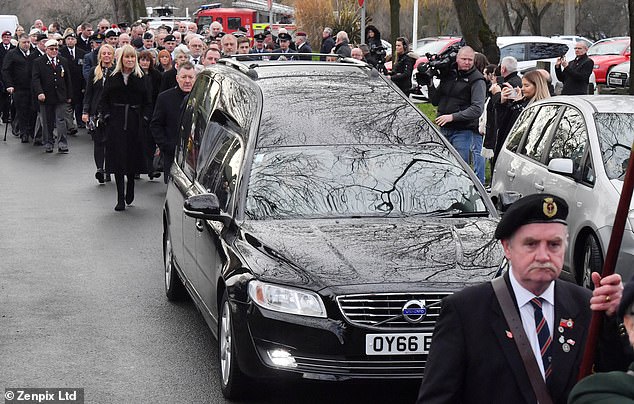 Local residents paid tribute to the war hero, who was brought up in Lower Broughton, Salford 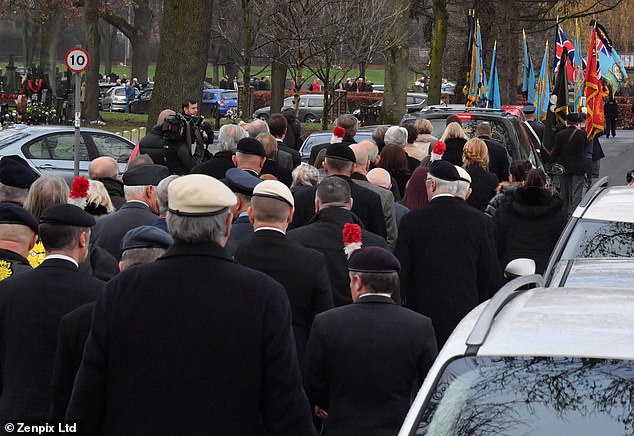 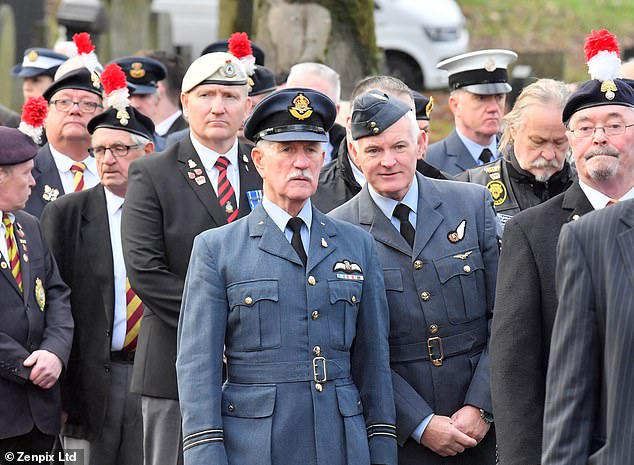 Salford citizens took part in the funeral procession to remember Mr Bentley, who was forced to crash land but managed to save the lives of his crew