A suspected arson attack at a holiday saw tourists evacuated as firefighters battled the blaze for five hours.

North Wales Fire and Rescue Service believe the fires at Prestatyn Pontins was started deliberately and police are hunting for a suspect.

Flames broke out in a large pile of furniture within the camp in North Wales, where two fires caused thick plumes of black smoke to be seen for miles around. 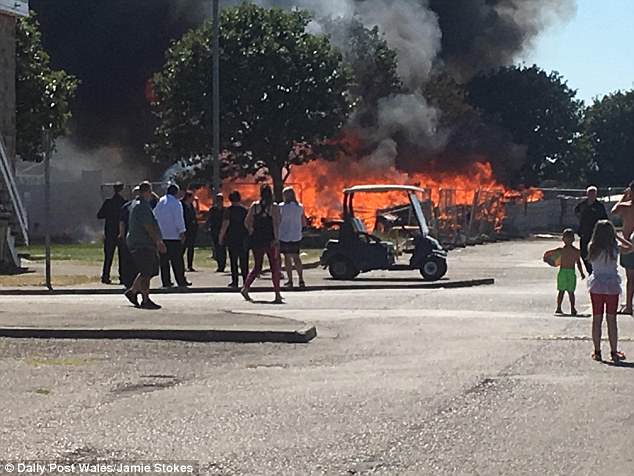 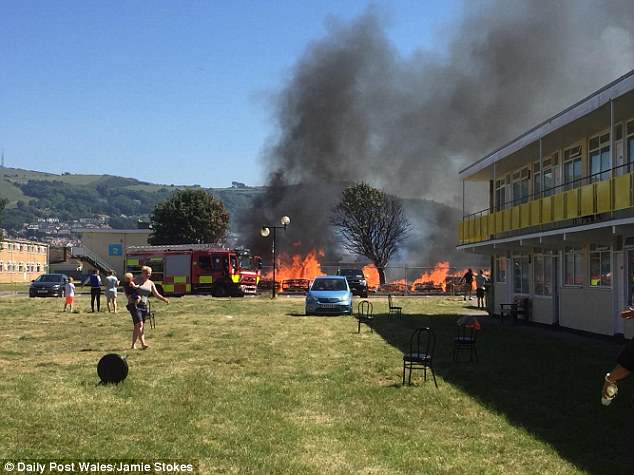 Witnesses spoke of the blaze quickly spreading through a corner of the site after it started at around 3.30pm yesterday afternoon.

It soon spread, setting fire to trees in what a fire service spokesman said was an inferno ’caused by deliberate ignition’.

Witness Jamie Stokes told how hotel staff rushed to evacuate guests while firefighters worked to bring the blaze under control until 8.30pm.

‘We came out from the centre where we had been swimming and could see big plumes of smoke,’ he said. ‘My car was right by there and I had to move it quickly because it was fairly bad. 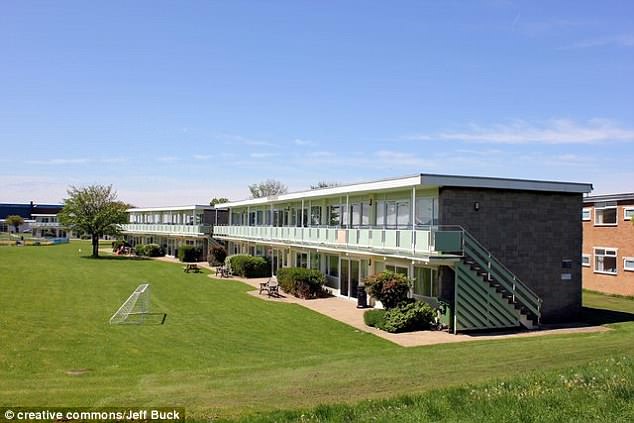 ‘We have been told to keep out of our room and move out of the area. It is right next to an apartment block so they were knocking on doors. The staff were doing a great job.’

A spokesman for Pontins declined to comment, saying they are only interested in dealing with the fire at this point.

A police spokesman said: ‘We are appealing for information in relation to two large fires at Pontins in Prestatyn.

‘North Wales Fire Service believe that these fires were deliberate. Please contact 101 if you have any information reference number 18300069335.’