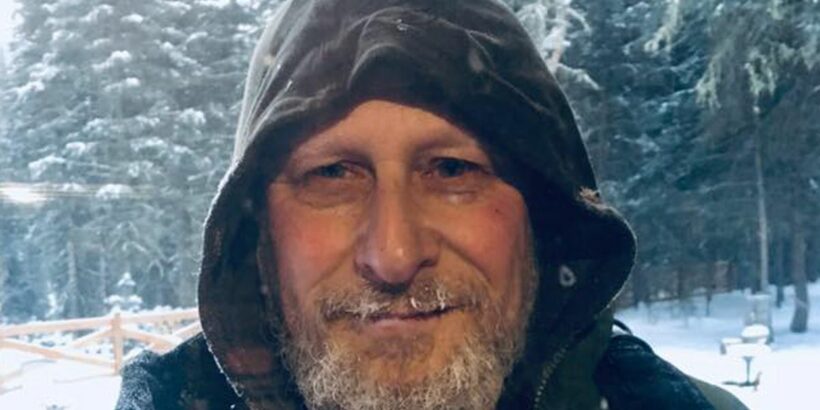 A runner was killed by a grizzly bear which attacked him from behind and pushed him off a steep embankment, his devastated wife said.

David Lertzman, 59, appeared to have died instantly after the fall in Canada so “suffered very little”, according to his spouse Sarah.

Wildlife officials are now hunting for the female brown bear in Waiparous, Alberta, but so far it has evaded capture.

Sarah said the dad-of-two had been out trail running and enjoying a “deep connection with nature” on Tuesday, May 4 when the tragedy unfolded.

She wrote on Facebook: “He was attacked by a bear from behind and pushed off a very high embankment (300 metres) and was found near the river.

“The wounds were consistent with an instantaneous death, so he suffered very little.

“This was important for me to know.”

After he was reported missing police dogs and a helicopter unit helped search for him, with his body found early the next morning.

Sarah said she had spent two hours earlier searching for him and even walked “right past the point of attack”, but saw no sign of it.

She said: “I was looking for a man in trouble and not for a scene of something that had happened.

“I did not know the risk to myself in that moment, and I am truly blessed that nothing happened to me, as the officers reminded me repeatedly later in the night.

“By three in the morning we knew he was no longer with us and that it had been a bear attack.”

Authorities say the animal was a mature female grizzly bear, but it was unclear if it had been with any cubs.

Ina Lucila, a communications advisor with Alberta Justice and Solicitor General, said “based on evidence, a single bear was involved”.

But she did not say whether the grizzly bear would be killed or allowed to stay in the area.

The nearby area will stay shut for at least another two weeks as wildlife officers monitor the area, according to Cochrane Today.

Tributes were paid by the University of Calgary’s business school, where he worked as a senior instructor.

David had led a week-long wilderness retreat in the foothills of the Rocky Mountains since 2004, the school said.

Dr Jim Dewald, the dean of the business school, said: “David was a friend to all, and a brother to many.

“David was a valued senior instructor who had worked with Haskayne since 2000, but truly he was so much more.

“He was our spiritual leader, our Indigenous connection and our sustainability hero.”

A GoFundMe page has been set up to support his family, which described him as a "deeply devoted husband to Sarah and a nurturing father to their two young kids".