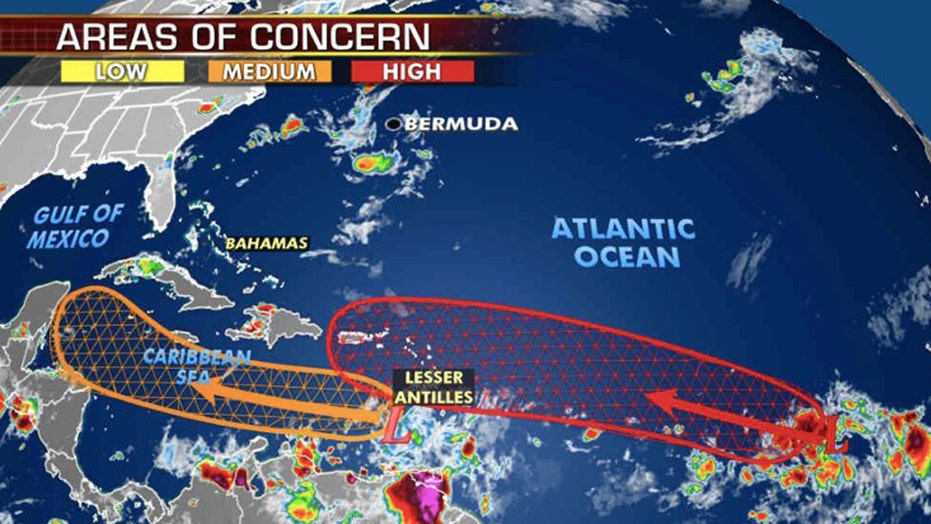 As the busiest stretch of the 2020 Atlantic hurricane season approaches, forecasters on Tuesday are monitoring two areas of disturbed weather out over the ocean.

The U.S. National Hurricane Center (NHC) in Miami said Tuesday morning that one tropical wave is located over the eastern Caribbean Sea, while the second system brewing at sea is located about 900 miles west-southwest of the Cabo Verde Islands.

These two tropical waves in the Atlantic basin will have the opportunity later this week to develop as we head into the historically most active two months of hurricane season.

ATLANTIC HURRICANE SEASON: WHERE DO TROPICAL STORMS FORM IN AUGUST?

The first system over the Caribbean Sea is producing what forecasters described as an area of "disorganized thunderstorms and gusty winds." 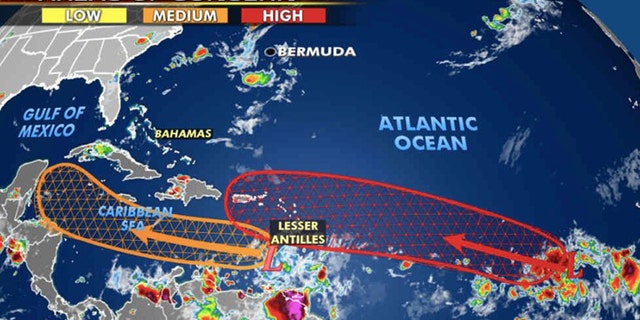 Forecasters are monitoring two areas for development across the Atlantic basin.
(Fox News)

While significant development of this system is still unlikely during the coming days as it moves 20 mph westward across the eastern and central Caribbean Sea, changes may come by the weekend. According to the NHC, there's a 60% chance a tropical depression forms over the next five days.

The second, broad area of low pressure out over the Atlantic is producing a "concentrated area of showers and thunderstorm," where favorable conditions exist for development.

A tropical depression is likely to form within the next couple of days while the system moves westward to west-northwestward at 15 to 20 mph.

If the system gets named it would be "Laura" and potentially set another record this year, according to Colorado State University's hurricane research scientist Phil Klotzbach

Neither of these systems will have an immediate impact on the U.S. but will need to be monitored late this week into early next week as they approach land. 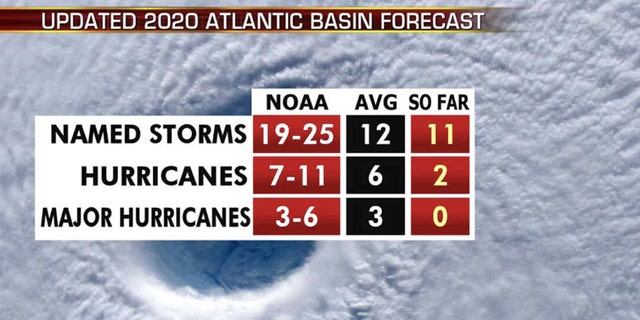 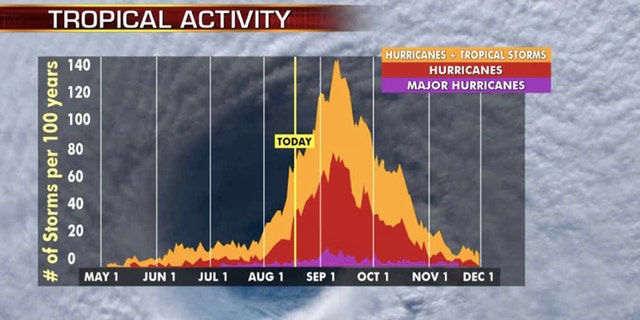 The most active stretch of the hurricane season is from late August to early October.
(Fox News)

The most active stretch of the hurricane season is from late August to early October when most storms and major hurricanes are seen. 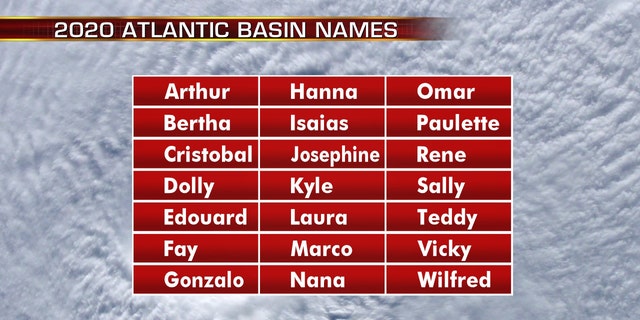 The names for the 2020 Atlantic hurricane season.
(Fox News)

As activity appears to be ramping up again in the Atlantic, the East Pacific off the coast of Mexico is dealing with Hurricane Genevieve, which rapidly intensified Tuesday morning into a Category 4 hurricane. 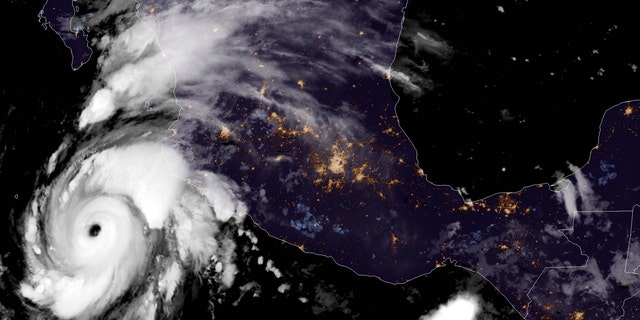 Hurricane Genevieve can be seen off the coast of Mexico on Aug. 18, 2020.
(NOAA/GOES-East)

The worst of Genevieve will remain well offshore from Mexico and Cabo San Lucas, but tropical storm warnings are in effect for parts of the Baja California peninsula as wind gusts of over 40 mph and rain will be possible Wednesday night into Thursday morning.