Tropical Storm Dorian is currently whipping out maximum sustained winds of 60mph but the barrelling vortex is expected to rapidly strengthen as it nears Florida later this week. At the moment, Dorian is closing in on the Virgin Islands and Puerto Rico, where hurricane watches are in effect. That means the horrifying storm is expected to approach land in less than 24 hours. According to the National Oceanic and Atmospheric Administration (NOAA), the storm is moving northwestward, a motion that should continue over the next few days.

The NOAA’s forecast discussion reads: “This motion should continue for the next few days, taking Dorian across the Virgin Islands or the eastern portion of Puerto Rico later today and to the east of the Bahamas on Thursday and Friday.

“By late in the week, the steering pattern is expected to change as the models show a ridge building over the western Atlantic.”

The NOAA adds the “flow between the ridge and the aforementioned mid- to upper-level low” should cause Dorian to turn west-northwestward and approach the southeast US coast this weekend.

As Dorian makes land interaction in Puerto Rico and the Virgin Islands, the storm could end the strengthening trend or even cause some temporary weakening. 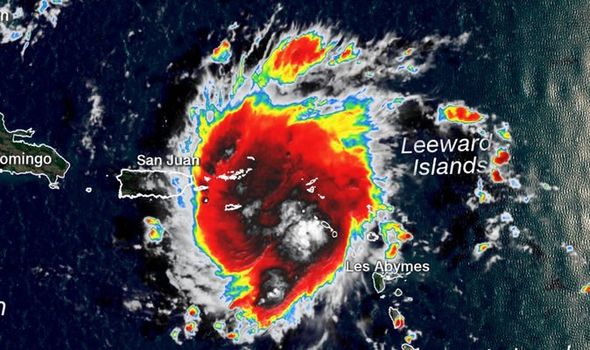 However, the NOAA adds environmental conditions favour intensification after the storm pulls northward into the southwestern Atlantic.

According to CNN meteorologist Haley Brink, the storm is forecast to strengthen into a Category One hurricane by Friday morning as it tracks to the east of Turks and Caicos and will continue to strengthen to a Category Two storm by Sunday.

That means a potential Hurricane Dorian will make landfall in Florida on Labor Day.

Florida Gov. Ron DeSantis said Tuesday that he received a briefing from the Florida Division of Emergency Management Director Moskowitz and that it is time to start preparing for Dorian. 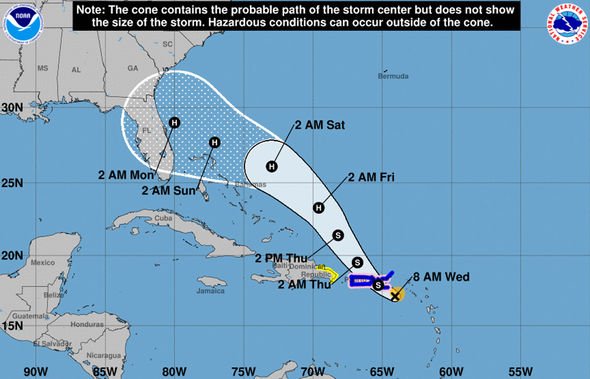 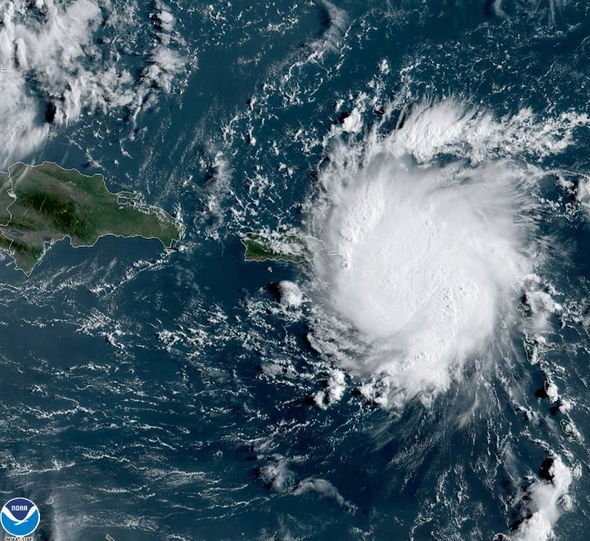 He said: “Based on the current track of Tropical Storm Dorian, all residents on the East Coast should prepare for impacts, including strong winds, heavy rain and flooding.

“Make sure to have your supplies ready and follow @FLSERT [Florida Division of Emergency Management] and local media for the latest updates on the forecast.”

Heavy rainfall over portions of Puerto Rico and the US and British Virgin Islands could produce flash flooding during the next couple of days.

The heavy rain is also expected to occur over portions of the Bahamas and Florida later this week and into early next week. 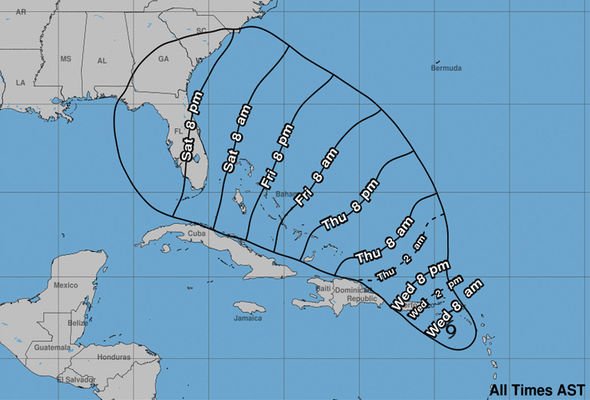 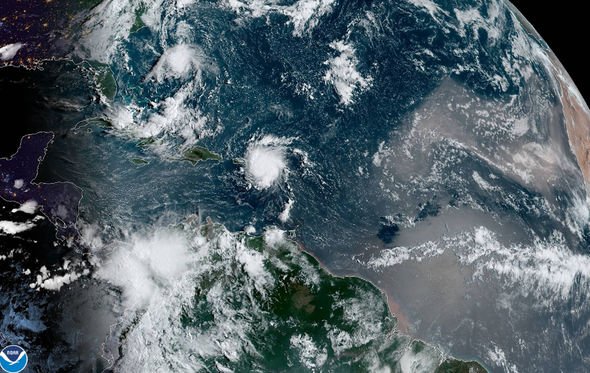 NOAA does, however, remind people in potentially affected areas not to focus on the exact forecast points as the average five-day track error is around 200 miles.

It said: “Uncertainty in the intensity forecast late this week remains higher than usual due to a large spread in the model guidance.”

Residents in areas on the forecast track should monitor the progress of Dorian and ensure that they have their hurricane plan in place.