Hurricane Dorian is the latest dangerous system to develop in the Atlantic Ocean, which has until recently been deprived of normal storm activity. US hurricane season traditionally lasts from June to November every year, with up to 15 dangerous storms in the worst cases. This year the Atlantic has seen just two hurricanes and three major storms. This could be about to change as Dorian threatens the US southeast coast around Florida.

In their latest update, the National Oceanic and Atmospheric Administration (NOAA) said the storm would remain at major hurricane strength over the weekend.

“Dorian is moving toward the northwest near 13 mph (20 km/h), and this general motion is expected to continue through Friday.

“A west-northwestward to westward motion is forecast to begin by Friday night and continue into the weekend.” 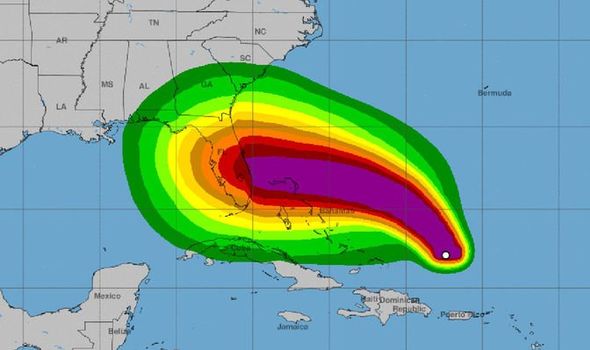 “On this track, Dorian should move over the Atlantic well east of the southeastern and central Bahamas tonight and on Friday, approach the northwestern Bahamas Saturday, and move near or over portions of the northwest Bahamas on Sunday.

“Maximum sustained winds are near 85 mph (140 km/h) with higher gusts.

“Strengthening is forecast during the next few days, and Dorian is expected to become a major hurricane on Friday, and remain an extremely dangerous hurricane through the weekend. 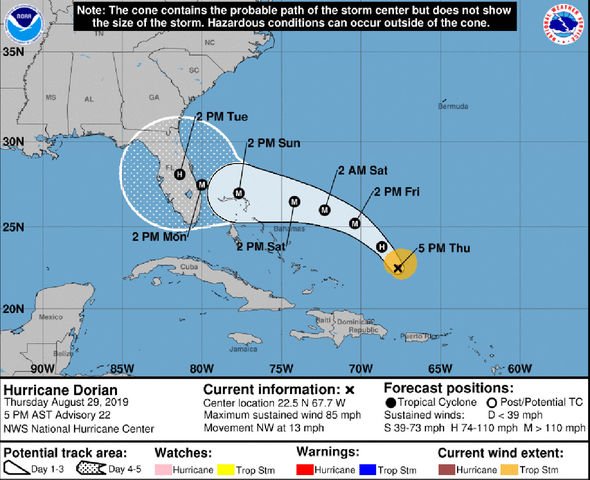 Florida will be the first US state to receive the storm when it makes landfall this weekend.

When it touches down on the US south coast, Dorian is expected to be a major Category 4 hurricane.

A storm of this strength could batter this US with wind strengths of 130mph or more.

Floridans are expecting the worst and most counties are now under a state of emergency. 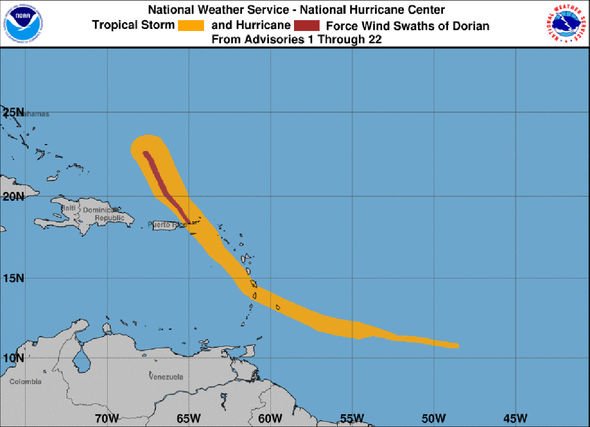 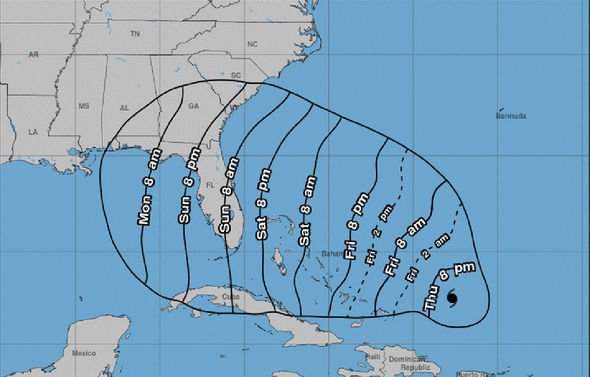 Florida Governor Ron DeSantis has now put all of the state’s 67 counties under the warning.

He said in a statement earlier today: “All residents, especially those along the east coast, need to be prepared for possible impacts.”

“As it increases strength, this storm has the potential to severely damage homes, businesses and buildings, which is why all Floridians should remain vigilant.

“Do not wait until it is too late to make a plan.”