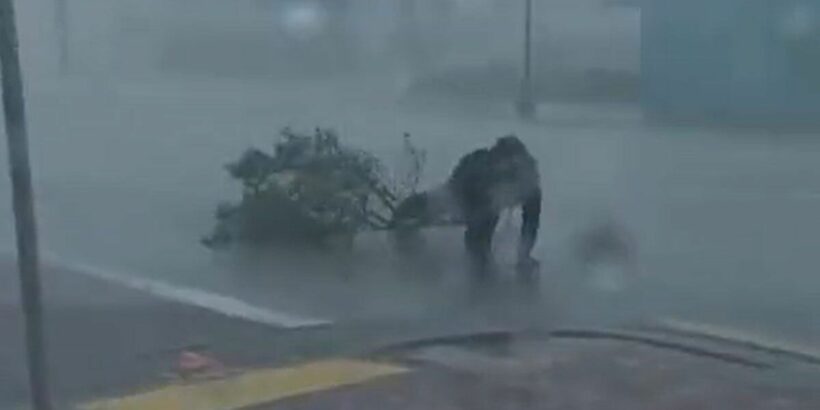 The Weather Channel journalist was forced to grab hold of a nearby lamp post after being taken off his feet by a tree branch. He was urged by a TV host to take cover from the 110mph winds. In the video, Mr Cantore said: “You know what, I think I’m just going to come in here for a second.

Hurricane Ian plowed into Florida’s Gulf Coast with catastrophic force on Wednesday, unleashing howling winds, torrential rains, and a treacherous surge of ocean surf that made it one of the most powerful US storms in recent years.

Ian made landfall at 3:05 p.m. EDT (1905 GMT) near Cayo Costa, a barrier island just west of Fort Myers, as a Category 4 hurricane, with sustained winds of up to 150 miles per hour (241 km per hour), the US National Hurricane Center (NHC) reported.

The storm’s wind speeds put it just shy of a Category 5 designation on the Saffir-Simpson scale, the most severe classification for storms with maximum sustained winds of at least 157 mph. 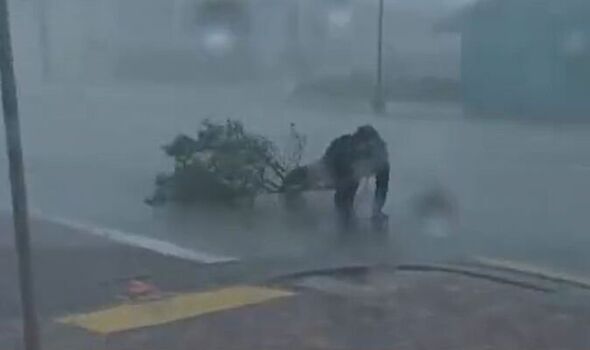 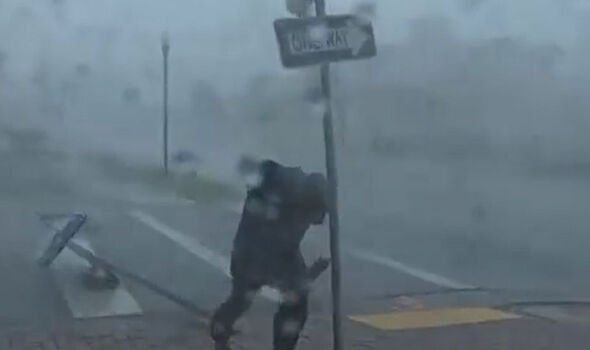 About 90 minutes later, the NHC reported Ian had moved ashore on the Florida mainland just south of the harborside town of Punta Gorda, with slightly diminished sustained winds topping out at 145 mph.

Governor Ron DeSantis said Ian had generated life-threatening storm surges – waves of wind-driven seawater flooding along the coast – of up to 12 feet (3.7 meters) in some places. Forecasters also warned of intense thunderstorms and possible tornadoes, with up to 2 feet of rain expected in parts of central Florida as the storm moved further inland.

“This is a storm that we will talk about for many years to come, a historic event,” said Ken Graham, director of the National Weather Service.

The region around the landfall is home to miles of sandy beaches, scores of resort hotels, and numerous mobile home parks, a favorite with retirees and vacationers alike. But the storm soon transformed idyllic coastal towns into disaster zones.

The town of Fort Myers Beach was almost submerged by floodwaters, and the ruins of homes could be seen floating downstream, along with cars.

A view of Sanibel Island posted on Twitter showed the ocean rushing over a seawall and gushing into a resort hotel’s swimming pool. Other video from the island showed roads inundated by the storm surge, rising to the tops of street signs, with palm trees bent sideways amid a torrent of near blinding rain and wind as waves crashed up a beach onto a road.

In terms of its sustained wind speeds, which peaked at 155 mph before landfall, Ian ranks as one of the most ferocious hurricanes to strike the U.S. mainland in recent years. By comparison, Hurricane Michael came ashore in Florida’s panhandle in 2018 with steady winds of 155 mph, while Ida last year packed sustained winds of 150 mph when it landed in Louisiana. 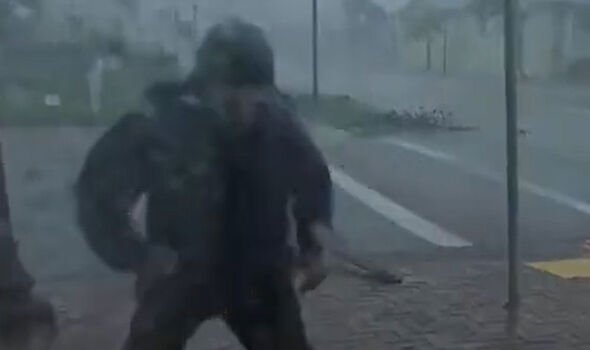 The Weather Channel reported that Ian made landfall in the exact same point on Cayo Costa where Hurricane Charley came ashore in 2004 as a Category 4 storm. Both hurricanes packed winds of 150 mph at landfall.

Ian knocked out power to at least 1.1 million homes and businesses so far, local utilities reported.

Cuba was still struggling to restore power a day after Ian hit the island, with most of the Caribbean nation’s 11 million residents still in the dark.

The NHC said hurricane-force winds would extend outward up to 45 miles (75 km) from Ian’s center, with tropical storm-force winds reaching as far away as 175 miles (280 km).