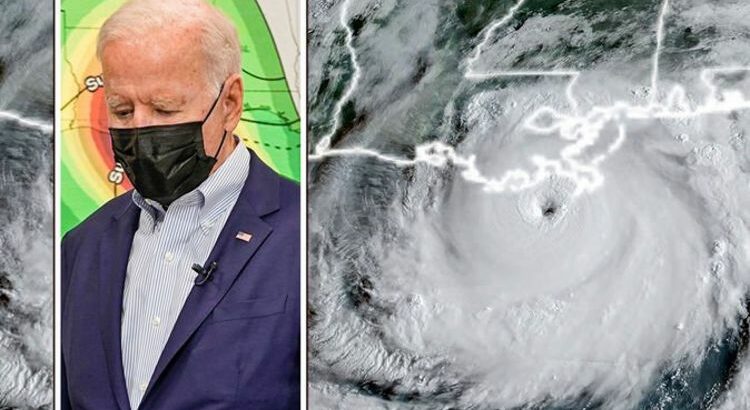 Hurricane Ida intensifying over the gulf of Mexico

Ida is an “extremely dangerous” weather system which could plunge much of the Louisiana shoreline under water as the state grapples with a COVID-19 surge which is already placing hospitals under intense pressure. The storm intensified faster than officials had predicted on Saturday, as residents of the Gulf Coast evacuated and businesses shut down, and gathered more strength overnight, posing yet another headache for beleaguered US President Joe Biden.

Officials have ordered widespread evacuations of low-lying and coastal areas, jamming highways and leading some gasoline stations to run dry as residents and vacationers fled the seashore.

“Could be worse wind event for New Orleans than Zeta or Katrina, and with more rain-induced flooding.”

Southern Louisiana is still feeling the after-effects of Hurricane Laura from a year ago.

To complicate the situation still further, the state also has the third-highest incidence of COVID-19 cases per 100,000 people in the US over the past seven days.

There were more than 3,400 new infections reported on Friday, and about 2,700 people are hospitalised with the virus.

Louisiana Governor John Bel Edwards said on Saturday that the storm could be the state’s worst direct hit by a hurricane since the 1850s.

He told a news conference: “The implications of having a Category 4 storm while hospitals are full are beyond what we normally contemplate.

As of 9am GMT, Ida was located about 75 mile south of the mouth of the Mississippi River, carrying top sustained winds of 140 mph.

[THIS IS A LIVE BLOG – SCROLL DOWN FOR REGULAR UPDATES]

3.35pm update: Hurricane Ida tracker: Category 4 storm about to hit New Orleans – ‘DO NOT go outside!’

Hurricane IDA is about to make landfall in New Orleans, USA, after it was upgraded to a Category 4 storm with wind speeds of up to 150mph (240km/h).

The National Hurricane Center has urged the public to stay indoors and to prepare to hunker down for the next 24 hours.

Hurricane Ida has been growing in intensity over the last few days, and is now imminently about to make landfall in Louisiana.

The Category 4 storm has prompted authorities to make a desperate plea to the public, urging them to remain indoors at all costs.

Ports from southern Louisiana to Mississippi were closed on Sunday morning as Hurricane Ida raced toward the U.S. Gulf Coast as an extremely dangerous Category 4 storm.

The Louisiana Offshore Oil Port (LOOP), the largest privately owned crude terminal in the United States, had also halted deliveries ahead of the storm, according to a notice on its website. LOOP’s terminal is located in the open waters of the US Gulf of Mexico, about 18 miles off the Louisiana shore.

Ports in southern Louisiana, including Houma and the Port of New Orleans were closed on Sunday, while in Mississippi Biloxi, Gulfport, Pascagoula and the Gulf Intercoastal Waterway were shut.

Ida has intensified faster than officials predicted, prompting evacuations along the Gulf Coast and business closures. Louisiana Governor John Bel Edwards on Saturday warned it could be the state’s worst direct hit since the 1850s.