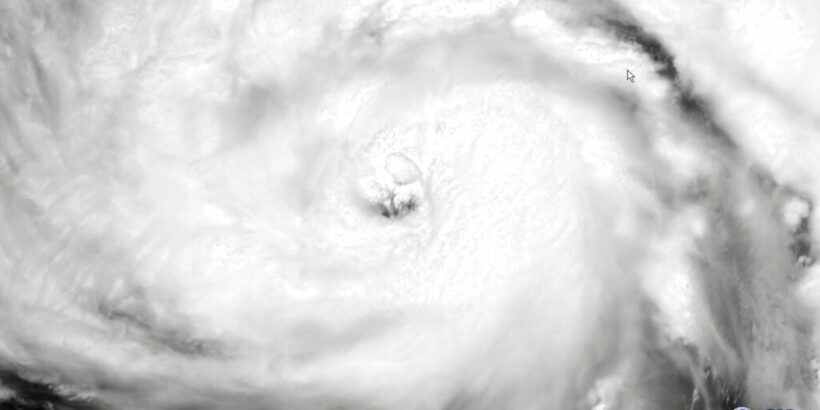 Hurricane Ida could be one of the worst storms to hit Louisiana in 170 years and is expected to make landfall in the next few hours.

The “extremely life-threatening” surge is set to trigger devastating flash flooding in Mississippi, Alabama and Louisiana when it arrives later on Sunday – the 16th anniversary of Hurricane Katrina.

Ida has been graded as category four – capable of causing “catastrophic” damage and leaving the area uninhabitable for months. 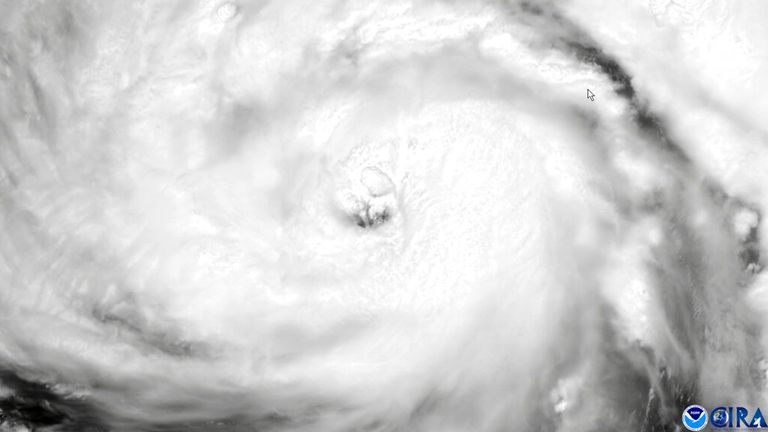 Ida quickly gained strength as it moved into the northern Gulf, going from top winds of 115mph in a 1am update to 145mph a few hours later.

John Bel Edwards, governor of Louisiana, said: “This will be one of the strongest hurricanes to hit anywhere in Louisiana since at least the 1850s.”

New Orleans in Louisiana will bear the brunt of the storm, after already being ravaged by Hurricane Katrina which made landfall on 29 August 2005.

Katrina, which killed more than 1,800 people, was graded category three when it arrived.

Thousands of residents and visitors are desperately trying to flee New Orleans before the storm makes landfall, with traffic gridlocked on the Interstate 10 route out of the city.

Hundreds in the area have been pictured boarding up windows and gathering sandbags as the storm edges closer.

It comes amid warnings about another severe weather system, Hurricane Nora, which is travelling northward up Mexico’s Pacific Coast towards the narrow Gulf of California. 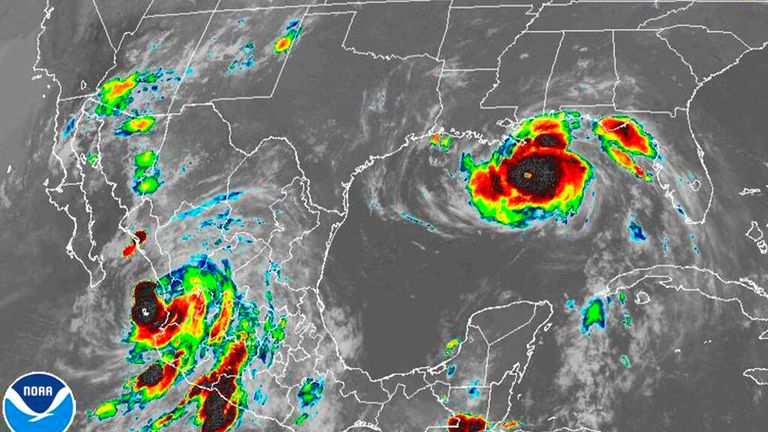 “There is a danger of a life-threatening storm surge inundation Sunday along the coasts of Louisiana, Mississippi and Alabama within the storm surge warning area,” the National Hurricane Centre (NHC) said in a key advisory message issued around 10pm local time on Saturday.

“Extremely life-threatening inundation of 9 feet or greater above ground level is possible somewhere within the area from Morgan City, Louisiana, to the coast of Mississippi.”

Officials warned the storm will be “life-altering” for those who have not taken precautions – as President Joe Biden urged people to “be prepared”. 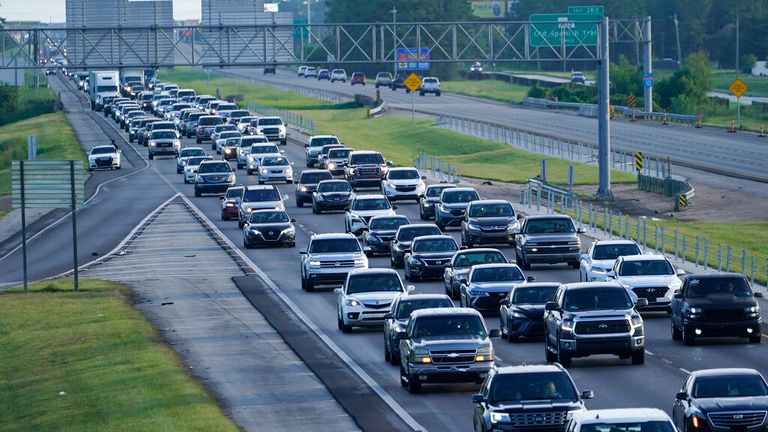 President Biden met with the NHC and Federal Emergency Management Agency (FEMA) to discuss the course of action on Saturday.

More than a dozen search and rescue teams have been assigned to help people unable to leave.

Meanwhile more than 100 ambulances and 20 air ambulances have been deployed to support evacuations of nursing homes in the path of the storm.

The Coast Guard has also positioned vehicles for deep water search and rescue missions, while efforts are being made to source hundreds of generators amid fears about widespread power outages which could last months.

Tweeting from the @POTUS account, President Biden said: “Today I was briefed on our preparations for Hurricane Ida by @FEMA.

“We have deployed emergency response personnel and pre-positioned food, water, generators and supplies to make sure we’re ready to respond.

“If you are in Ida’s path, please pay attention and be prepared.”