Two tropical cyclones are currently developing in the Atlantic Ocean. According to the National Oceanic and Atmospheric Administration (NOAA) one storm, named Tropical Depression 17 for the time being, could make landfall in the US state of Louisiana on Friday night or Saturday morning.

At the same time a non-tropical low is centred a few hundred miles from the western Azores.

There are currently no storms strong enough to be categorised a hurricane, but the Atlantic Hurricane season will run until November 30, 2019.

The season is the fourth consecutive year of above-average, damaging seasons, going back to 2016.

So far this season, there have been three major hurricane, five hurricane, 14 tropical storms and 17 tropical depressions. 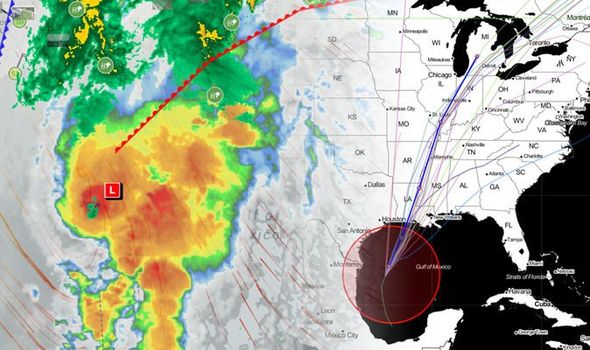 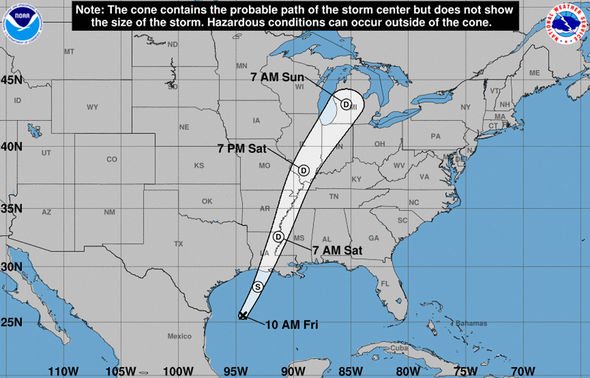 The cyclone is currently packing maximum sustained winds are near 35mph with higher gusts.

Located approximately 320 miles south-southwest of Lake Charles in Louisiana it is moving north at 16mp.

Some strengthening is expected on Friday, and the depression could become a tropical storm. 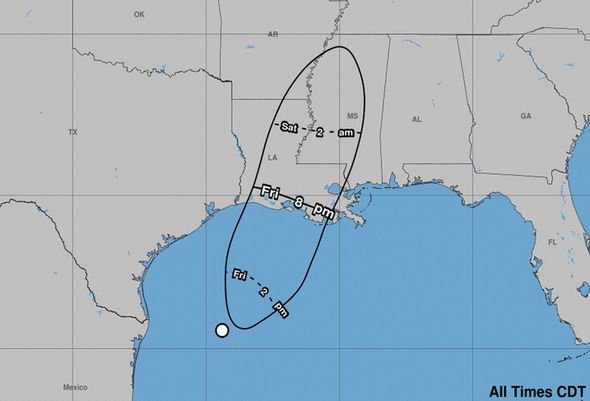 The storm categories, in increasing strength, are tropical depressions, tropical storm (winds of at least 39 mph) and hurricane.

If Tropical Depression 17 develops it would be renamed Tropical Storm Olga.

The cyclone is then expected to merge with a cold front and become a post-tropical low with gale-force winds tonight before the centre reaches the Gulf coast.

On the NOAA forecast track, the centre of the cyclone should move across the northwestern Gulf of Mexico this afternoon and then move over the northern Gulf coast on Friday night or Saturday morning.

Heavy rain is expected in southeast Louisiana on Friday and Saturday, along with above-normal tides and some tornadoes.

In addition, a flash flood watch has been ousted for the Baton Rough and New Orleans until Saturday afternoon.

According to the National Weather Service, most areas will get two to four inches.

Up to eight inches are possible in isolated areas through Saturday and some flooding is possible in low-lying areas. 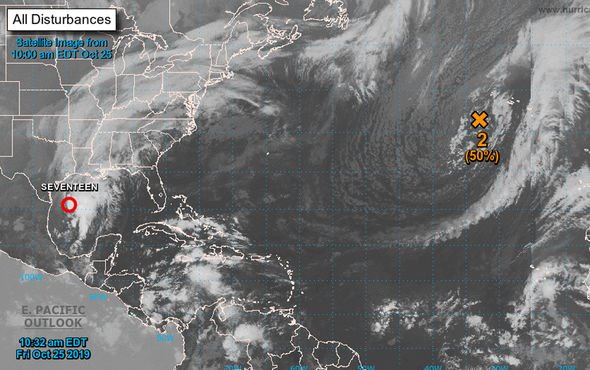 According to NOAA recent satellite derived winds indicate a small non-tropical low centred a few hundred miles southwest of the western Azores is producing tropical-storm-force winds near the centre.

The thunderstorm activity is becoming better organised, the agency reports, and if this trend continues a tropical or subtropical cyclone could form later on Friday.

The low is forecast to move toward the east-northeast for the next day or so and interests in the Azores should monitor the progress of this system.