Hurricane Dorian battered the Bahamas over the past few days killing at least seven people and meaning dozens are still being rescued from the severe flooding. According to the National Oceanic and Atmospheric Administration (NOAA), the core of the storm will move “dangerously close” to the Florida east coast and the Georgia coast through tonight, bringing with it tropical storm conditions, potentially life-threatening storm surges, flash floods and tornadoes. But Hurricane Dorian is not the only storm currently posing a threat – so what other destructive storms are active now?

Hurricane Dorian is the fourth named storm of the 2019 Atlantic hurricane season and is the second strongest hurricane on record.

The deadly storm was located roughly 80 miles east northeast of Cape Canaveral, Florida, according to the 2am EDT (7am BST) NOAA advisory.

Dorian was recorded with maximum sustained wind speeds of 110mph, making it a major Category 2 hurricane according to the Saffir-Simpson Hurricane Wind Scale.

The storm is not forecast to make landfall in the US, but accompanying hazards such as torrential rainfall, hurricane-force winds, storm surges, tornadoes and large swells, could thrash the US, endangering people’s lives. 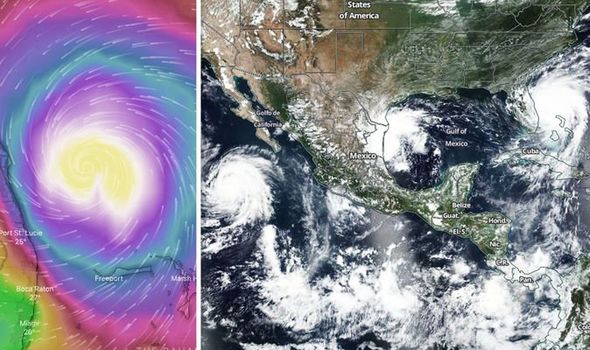 The following warnings are active across the US as Dorian makes it way along the US southeastern coast: 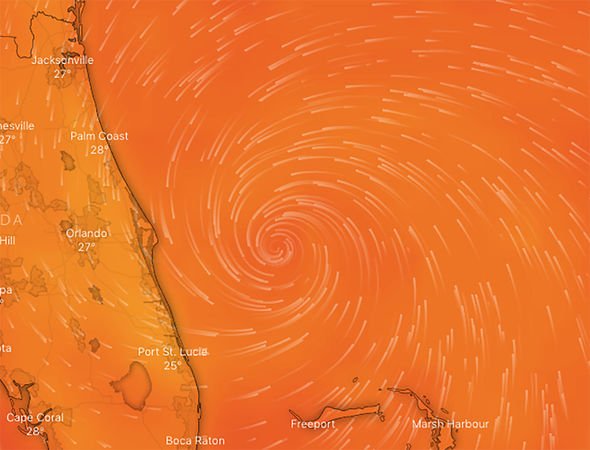 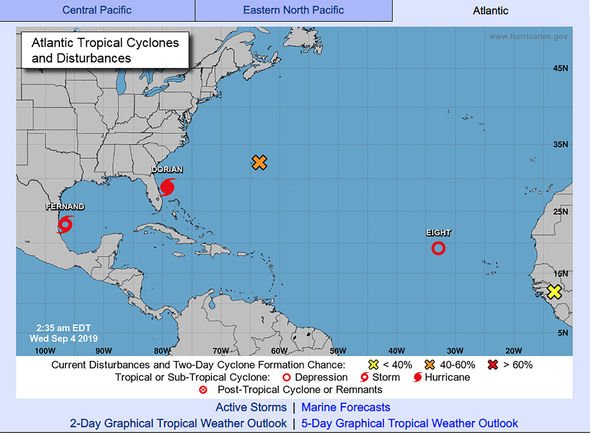 Hurricane Juliette is currently tracking across the Eastern Northern Pacific, moving away from Clarion Island.

As of 8pm PDT (4am BST), Juliette was located at latitude 19.0 north, longitude 116.2 west, approximately west southwest of the southern tip of Baja California. 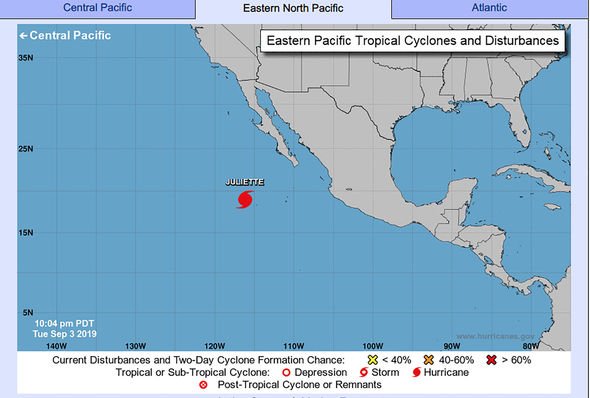 The advisory from the NOAA reads: “Juliette is still a category 3 hurricane on the Saffir-Simpson Hurricane Wind Scale.

“Slow weakening is forecast during the next several days.

“A Mexican Navy station on Clarion Island reported tropical-storm-force wind gusts during the past hour.” 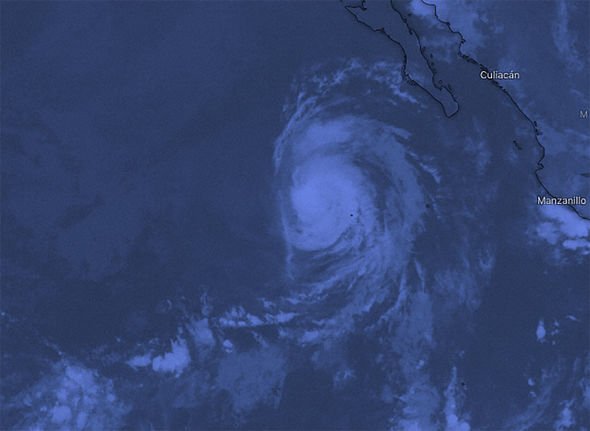 Tropical storm Fernand is expected to bring tropical-storm-force winds to the coast of northeastern Mexico later this morning. 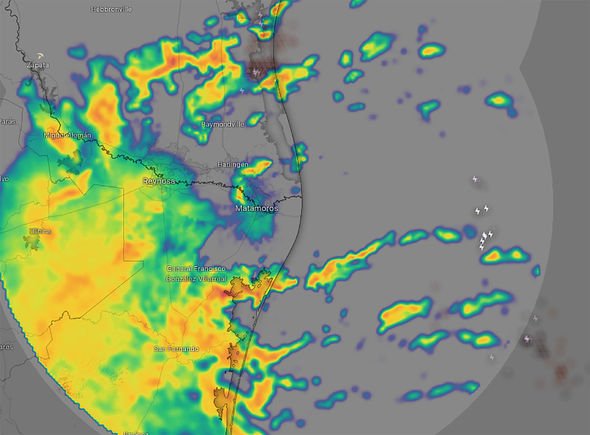 The NHC advisory, published at 1am CDT (7am BST) reads: “Tropical storm conditions are already very near the coast within the warning area and will continue to increase today, making outside preparations difficult or dangerous.

“Squalls with gusts to tropical storm force are likely north of the warning area along portions of the lower Texas coast.”

There is also a chance of heavy rainfall which may cause life-threatening mudslides and flash floods, as well as possible tornadoes across far South Texas today. 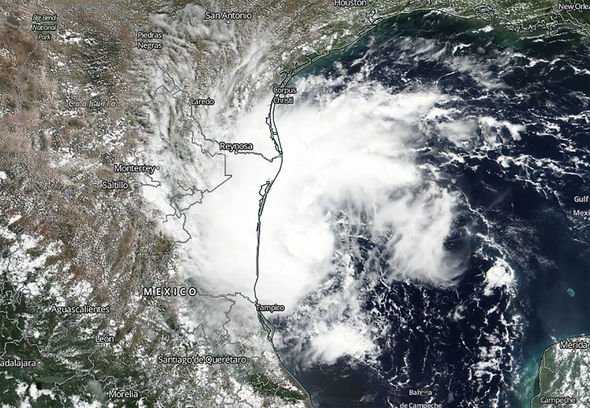 Tropical depression Eight strengthened from a disturbance into a tropical storm yesterday.

As of the most recent update from the NOAA, published at 11pm AST (4am BST), Eight was located at latitude 19.1 north, longitude 32.8 west, which is around 615 miles west northwest form the Cabo Verde Islands.

The NHC recorded maximum sustained winds at 35mph, with the storm moving northwestwards at 8mph.

This general motion is predicted to continue through the week with the storm expected to increase in forward speed late in the week.

Eight is currently forecast to reach around 58mph (50 kts) from Friday through Monday. 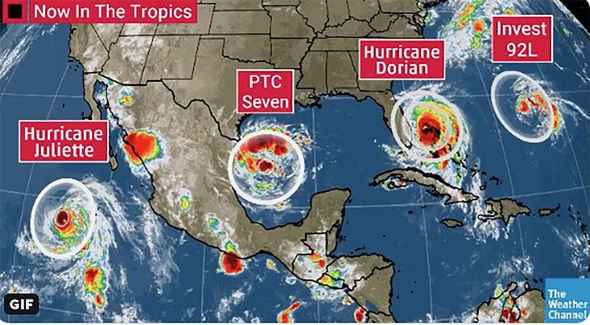 There is a currently a tropical disturbance which has a medium chance of becoming a tropical cyclone tracking east of Hurricane Dorian.

The trough of low pressure, located just east of Bermuda, is producing disorganized showers and thunderstorms.

Some development of this disturbance is possible, with the NOAA forecasting a 50 percent chance of formation through the next 48 hours and/or five days.

The NHC reports that a tropical depression could form during the next couple of days as the disturbance moves northeastward, away from Bermuda. 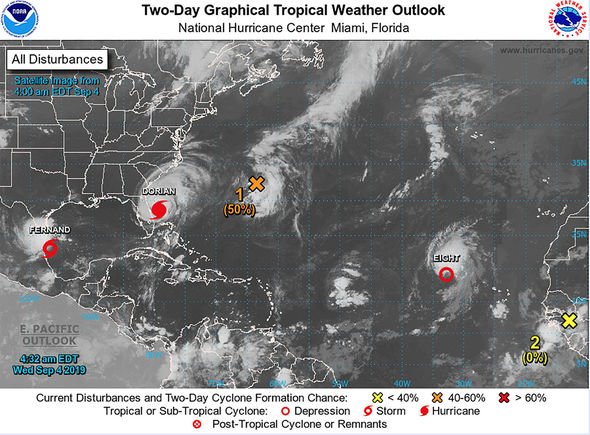 The NOAA is monitoring another potential storm located over the far eastern tropical Atlantic between Africa and the Cabo Verde Islands.

A tropical wave is forecast to emerge in this region later today.

Environmental conditions are forecast to be conducive for development and a tropical depression is likely to form late this week or over the weekend while the system moves westward to west-northwestward.