A husband and a wife were shocked when they discovered a 77-year-old photo revealing their relatives were shipmates during the Second World War.

The discovery came after the couple’s 13-year-old son, Fraser, joined the Sea Cadets and started researching his family’s naval history.

Kirsty Sowden, 42, and her husband Phil, 50, had been married for 17 years but had never thought their grandfather and great-uncle had served together on a ‘special missions’ ship.

George Eckford Ponton, Kirsty’s grandfather, volunteered as a seaman on the HMS Tarana under the command of Lieutenant Douglas William Sowden, Phil’s great uncle, between 1941 and 1945. 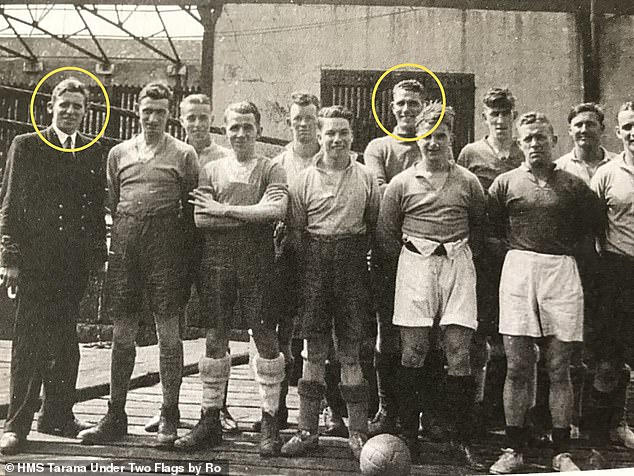 Kirsty Sowden’s grandfather George Eckford Ponton (circled right) and Phil Sowden’s great-uncle Douglas William Sowden (circled left) were shipmates during the Second World War. They were both based on the HMS Tarana and they also played on the same navy football team

The two also played on the same navy football team, as the old photo revealed.

Kirsty claimed she was in a ‘state of disbelief’ after the discovery, also because the two men came from two different ends of the country: George was born in Edinburgh and Douglas in West Ham, East London.

The pair served on the HMS Tarana based in Gibraltar, which disguised itself as a Portuguese fishing vessel to complete missions in the Mediterranean.

Kirsty, who lives in Brentwood, Essex, said: ‘I feel really proud of them both and it’s such a lovely story. I feel really pleased to have discovered it. 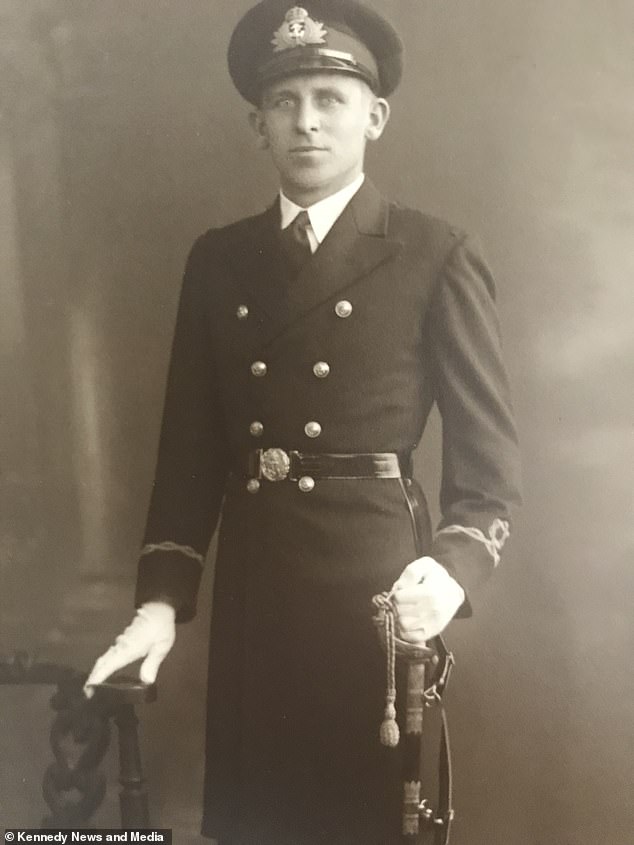 Lieutenant Douglas William Sowden, pictured in his navy uniform, served on the HMS Tarana between 1941 and 1945 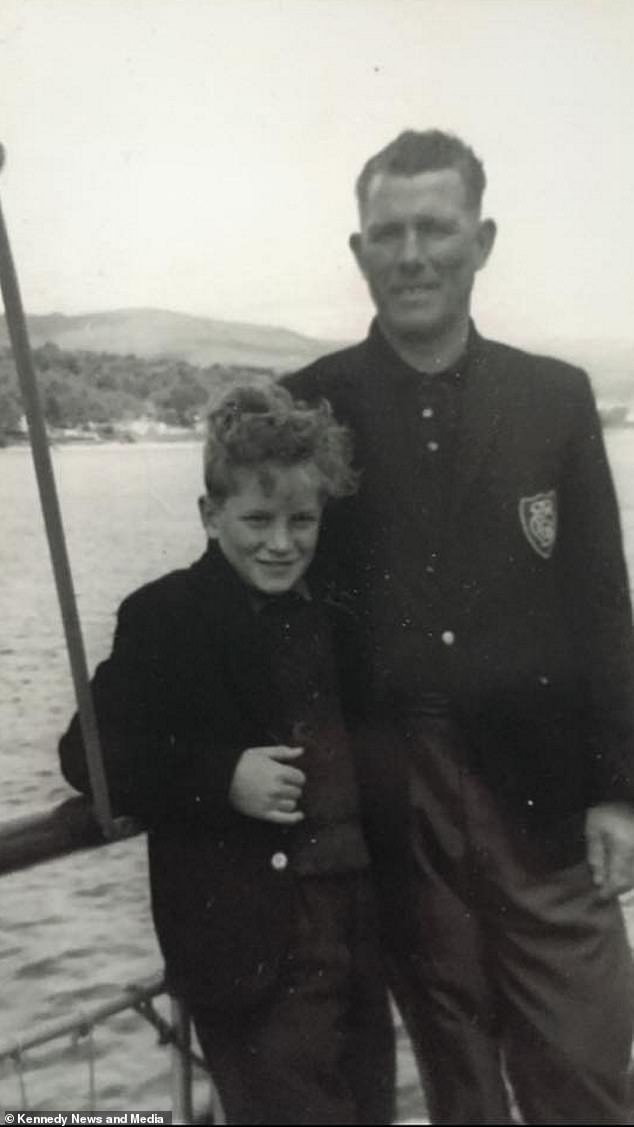 George Eckford Ponton, pictured with James Ponton, Kirsty’s father, volunteered as an able seaman on the boat, which was under the command of Lieutenant Douglas William Sowden

‘Nowadays we have Facebook and all the rest of it, and you can have mutual friends with someone and you’re sometimes a bit shocked about it.

‘Just to realise that even 77 years ago that these coincidences still happened – and this is a massive coincidence – is amazing.

‘I was in a state of disbelief and just kept thinking this can’t be. It can’t be that Phil’s great uncle and my grandfather had met. They weren’t even from the same area. 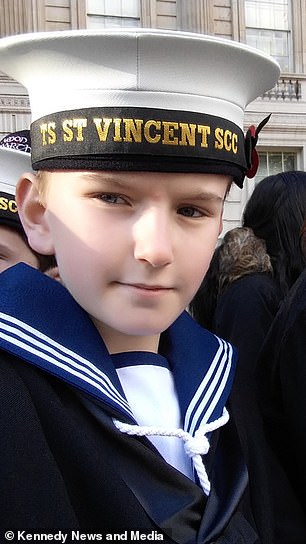 The couple’s son, Fraser Sowden (above), helped discover the connection between his mother Kirsty and his father Phil Sowden’s grand-relatives who were serving on the HMS Tarana together

‘I couldn’t believe it. I just felt shocked. When my dad found out he said the hairs just stood up on the back of his neck. It was such a coincidence.

‘Phil was the same. He didn’t believe it and we had to get it all out and show him the list of ships that Douglas was on.’

Phil, who is an IT project manager, said: ‘It’s lovely for me and Kirsty. It’s an amazing connection, having been married for that length of time and knowing each other for so long.

‘To suddenly find out about it after all these years, it’s quite amazing that there’s this shared piece of history that we just didn’t know about. I was completely amazed by the connection.

‘The fact that so few people served on that ship, and Kirsty and I are both related to someone on the ship when we come from opposite ends of the country – what are the chances of that happening?

‘It’s just unbelievable. We stumbled across it purely by accident.

‘It really makes you wonder how many people are connected in these ways without even realising. You don’t think these connections are out there.’

Kirsty’s father, James Ponton, said he was very surprised when he realised Douglas had served on the HMS Tarana as the same time as his father.

The family also have a record of Douglas’ signature on George’s military documents, dated December 31, 1942. 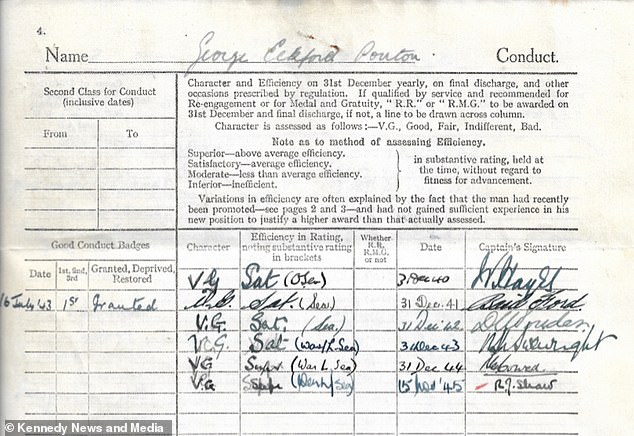 Kirsty said: ‘It was Fraser being in Sea Cadets that started it all.

‘It was amazing. We photocopied this picture and we keep looking at it. We can’t believe it. It’s amazing.

‘It’s something we’ll put in a photo frame or something like that because it’s such a nice thing to have. It’s lovely, it’s just amazing.

‘It’s such a coincidence that all these years later we find out. We’ve been married for so long and we’ve never had cause to have that conversation really.

‘My father came down to visit us from Edinburgh and happened to be chatting to my son about his father, George, who happened to be in the navy as well. 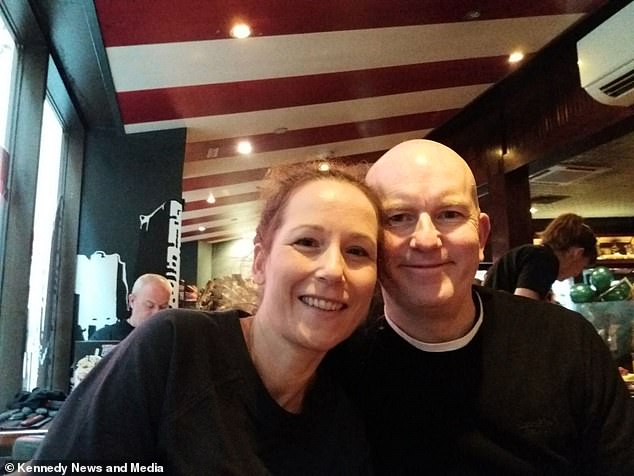 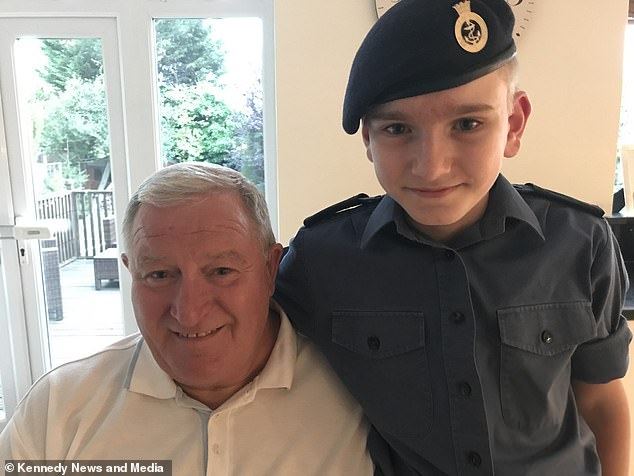 ‘And he knew the name of the ship his father had been on and knew it was a special operations ship during the war.

‘Because Douglas was a commodore and was quite important, there’s a list of all the ships he had served on.

‘My father got to the bottom of the list and he said the hairs just stood up on the back of his neck because he saw the HMS Tarana down by the ship that Douglas was on and he knew that that was the ship that his father was on. 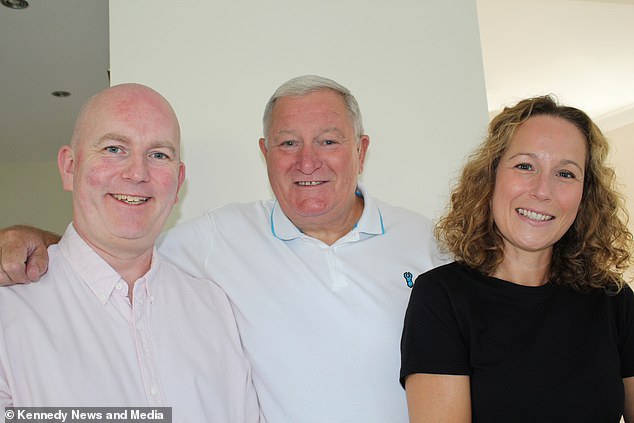 Phil Snowden (left), Kirsty’s father James Ponton (centre) and Kirsty Sowden (right) were ‘in disbelief’ when they discovered their grand-relatives had served together during WW2

‘We then did a little bit more digging and we managed to get a copy of a book about the HMS Tarana and there are pictures in the book of both Douglas Sowden and George Ponton.

‘The crew of the ship was only a small crew so we already knew they would have known each other, but then we got this book and they’re actually in the same photograph.

‘So they definitely knew each other. It was amazing.’

Phil has no photographs of Douglas in later life, but he remembers his great-uncle very well: ‘Douglas never actually spoke to me about his service in the war and I only actually remember meeting him once. I was about 12 at the time.

‘You could tell he had been in military service. He was very proper and very posh. 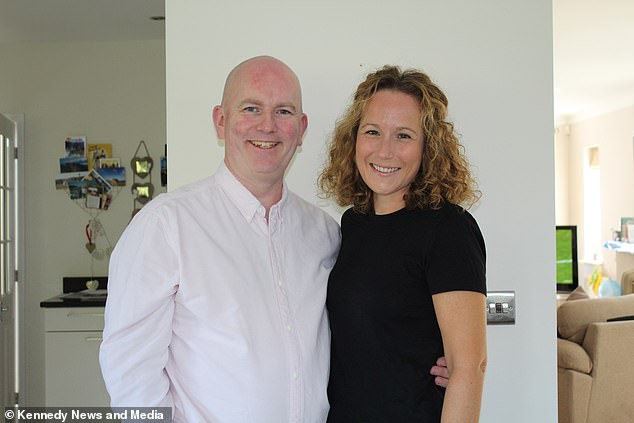 Phil is an IT project manager and Kirsty is a school science technician. The couple live in Essex

‘I remember we had just moved to Brentwood from East London and he came out to visit us with his wife. He had clearly been a military man.

‘It was incredible to see them both in the picture.

Kirsty said: ‘According to the information I have, Douglas was on the ship from 1941 until 1945 and we know my grandfather volunteered and joined the navy voluntarily in 1940 to 1945.

‘It may have been that they were together for a few years, and on quite a unique ship.

‘It rescued political prisoners and prisoners of war from occupied Europe and disguised itself as a Portuguese fishing vessel because if the Germans caught them they would have been shot.

‘They had to paint the ship and disguise it and pretend they were Portuguese fishermen – because Portugal was neutral – just in case the Germans found them. 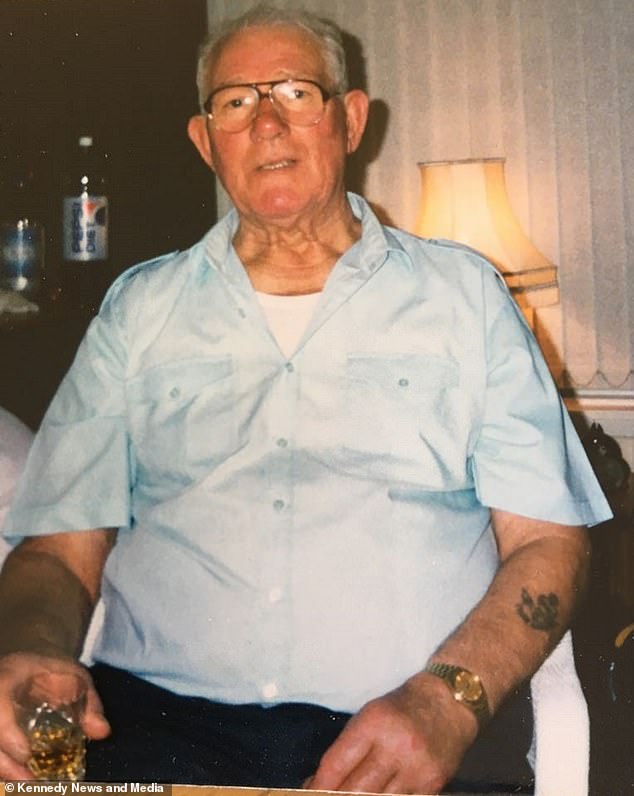 George Eckford Ponton, Kirsty’s grandfather, was 86 years old when he died in 2000

‘I think my grandfather always told my dad that he might have been shot if he’d been caught and all the rest of it. It was quite a risk, especially as my grandfather had a family and children by then.

‘My grandfather was the connection to the navy for me, and now my son in the sea cadets. No one else in my family went down that line.

‘Douglas’ brother, who was Phil’s grandfather, was also a merchant seaman and he went away for months at a time leaving his family behind. It’s definitely in the Sowden blood.

‘That line were all in that way inclined. It makes me wonder if Fraser has inherited something from them without us realising it as he is interested in that sort of thing too.’ 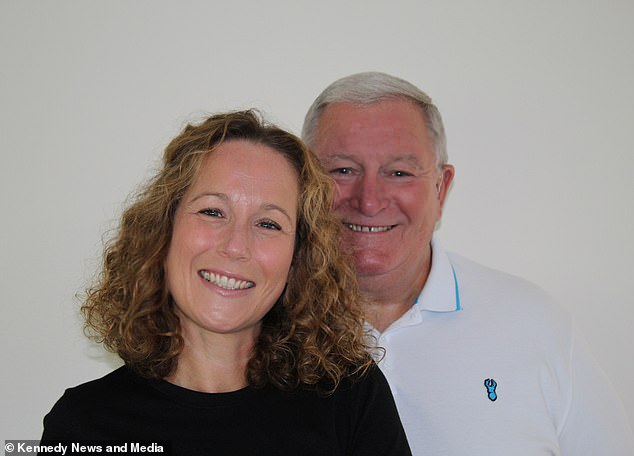 Kirsty Sowden with her father James Ponton, whose father George Eckford Ponton served on the HMS Tarana based in Gibraltar