A husband accused of cheating was ‘caught’ after becoming stuck inside his lover while they were having sex in a hotel room in Kenya, it has been reported.

Guests at the hotel in Kitale town, Trans-Nzoia County, heard screams coming from one of the rooms and raised the alarm.

On arrival police reportedly found the couple ‘stuck together’ and doctors had to be called in to free them. 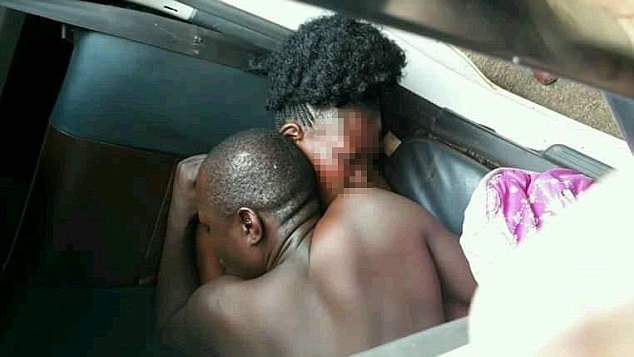 A husband accused of cheating was ‘caught out’ after becoming stuck inside his lover while they were having sex in a hotel room in Kenya, it has been reported. This image, purportedly showing the couple, appeared alongside the report in Nairobi News 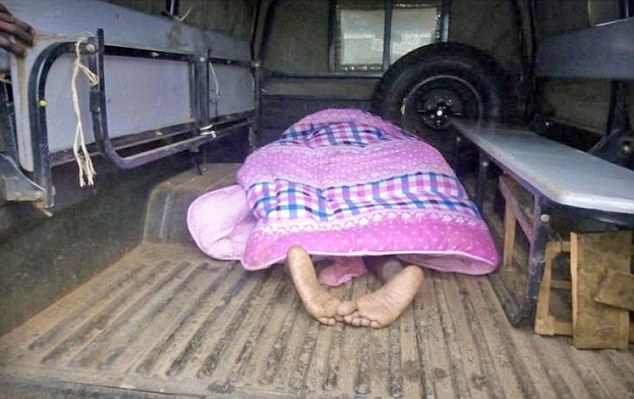 Nairobi News reports that the man was in Kitale for business and had left his wife at the home in Lodwar town.

The wife later claimed that her husband had been having an affair with his landlady in Lodwar.

Officers were called to the hotel and arrested the lovers, who were taken to a nearby police station, the reports say.

According to local media, a large crowd gathered as news of the bizarre situation emerged. Police were forced to fire shots in the air to disperse the onlookers.

Reports suggested that the wife had asked a witch doctor to help catch her husband out. A shaman was reportedly seen trying to separate the couple.

It is not clear why exactly the couple became stuck together in this way, but they may have been the victims of a rare occurrence known as ‘penis captivus’.

This is when the muscles of the vagina clamp down on the penis much more firmly than usual.

When the penis is in the vagina it becomes increasingly engorged, Dr John Dean, a UK-based sexual physician, told the BBC. 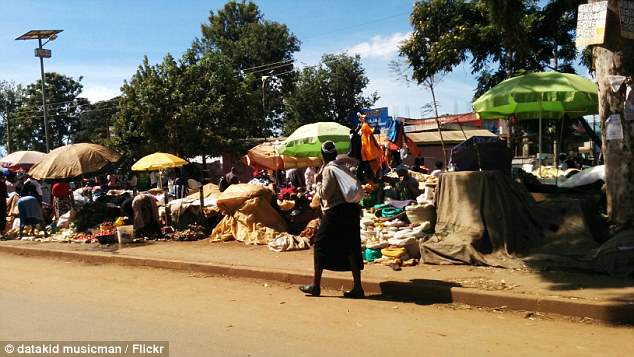 Guests at a hotel in Kitale town (file picture), Trans-Nzoia County, heard screams coming from a room and raised the alarm

He said: ‘The muscles of the woman’s pelvic floor contract rhythmically at orgasm. While those muscles contract the penis becomes stuck and further engorged.’

Finally the vaginal muscles relax, the blood flows out of the penis and the man can withdraw.

He said that over the years, several of his patients have discussed their experience of getting ‘stuck’ – more out of curiosity than because it was a problem, he added.

The Kitale case is not the first of its kind reported in Kenya.

In November 2016, a lover and his married mistress became stuck in the same way in the country’s Kisii County after her husband asked a witch doctor to curse her genitals.

The pair reportedly became locked together as they were having sex at the home of the cheating wife while her husband was away on a business trip.

It was reported in local media and widely believed that the woman’s husband, suspecting she was cheating, had secretly given her a concoction prepared by a witch doctor.

It was designed to have the effect of making the lovers inseparable and proving their guilt. However, others suggested a medical condition could have caused the incident.

On the husband’s instructions, local media reported, the pair were taken to the witch doctor, who separated them.

In another Kenyan incident in 2012, a couple became locked together after a cuckolded husband visited a with doctor.

it was reported locally that the pair were only freed after prayers and after the cheating man agreed to pay the husband about £140.

Similar cases have been reported in Malawi, Zimbabwe and the Philippines – all concerning adulterous couples.