A bat startled an Irishman into reaching a decibel level that shocked even his own family and friends.

Jimmy Galloway and his wife Jean were watching TV in their home in Kildare, Ireland, when they got the unexpected visitor.

Mr Galloway, having relaxed from his screaming fit, wrote on Facebook after his ordeal: ‘Just had a visitor to the house, a bat. I was like an oul one screaming, I know they’re protected but I kept thinking it would land on my hair – the little I have left.’

As the bat swirled around the room, Jimmy – who is 60 according to his Facebook page – whimpered in the corner, shouting ‘get it out!’

His wife Jean, far more composed than her significant other, can be heard shouting to him to open the front door.

But alas, frozen stiff with terror, Jimmy won’t go near the door as the bat was now in the hallway of their home.

Trying to regain his breath, Jimmy can be heard saying ‘oh God’ as his wife calmly opens the door. 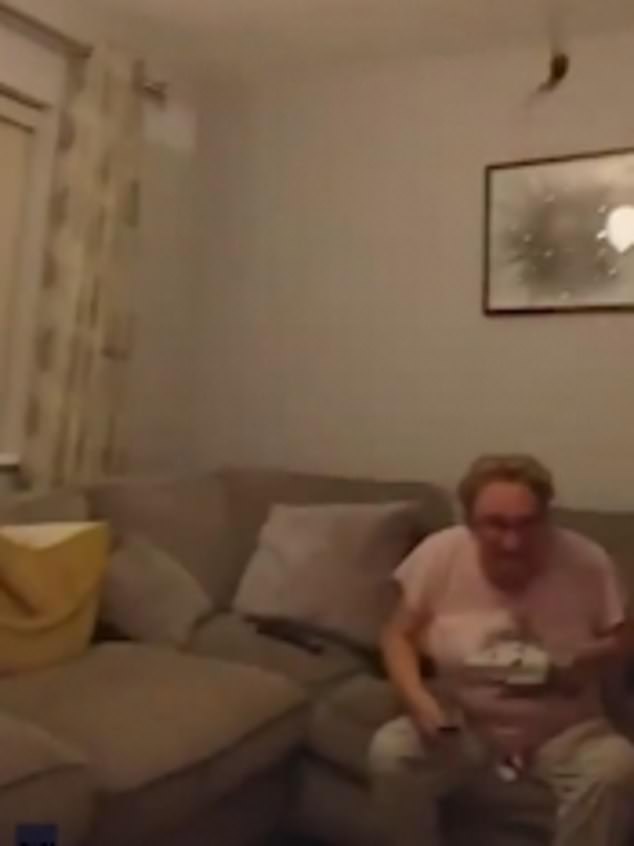 The hero of the hour, Jimmy’s wife Jean remained cool calm and collected, unlike her husband 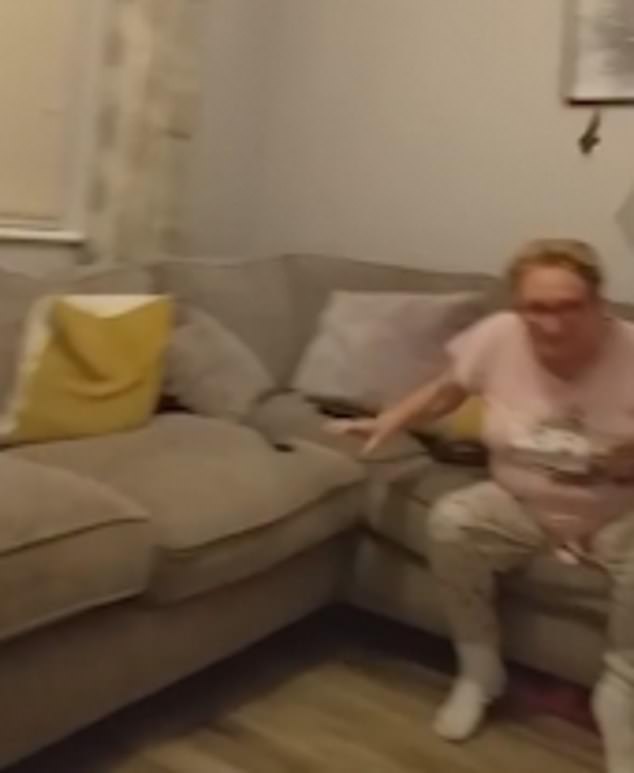 Even as the bat swirled inches from her head, Jean didn’t scream – whilst her husband wailed

She tells him to ‘get’ the bat from the kitchen. Jimmy replies with a resounding ‘no’.

He asks her how the bat got into the house, to which Jean says: ‘I don’t know, I didn’t invite him.’

The invader makes a second visit to the living room where the pair are ducking for cover – prompting another chorus of wailing. 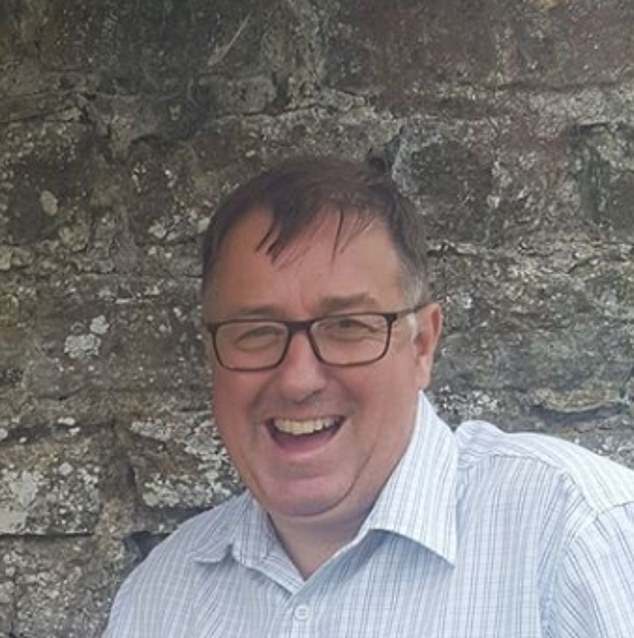 Friends of the Galloways responded in both hysterics at the hilarity of the episode, and in shock at Mr Galloway’s high notes.

In a thicker accent, and further south in Ireland another family were plunged into a similar situation in 2017.

The Flemmings went viral when Tadhg Fleming captured his father’s attempts to catch another rogue bat in Kerry – and of course hilarity ensued.

Accompanying the clip, Mr Flemming wrote on Facebook: ‘So a Bat flew into our house last night, safe to say it was dealt with in a calm and mannerly fashion.’