‘Mom get me my Frodo ring’: Funny video dubs over Mark Zuckerberg testifying before Congress and sees his interrogator blast ‘I’m going to have to spank you’ as the Facebook boss starts chugging water

All eyes were on Mark Zuckerberg when he testified before Congress earlier this month, however not all viewers took the Facebook founder seriously.

A hilarious video by Bad Lip Reading has gone viral raking in more than 2million views for their dubbed version of the tense Congress meeting that took place April 10.

The video exaggerates Zuckerberg’s prolonged sips of water and timid facial expressions and switches Congressmen’s serious inquiries into clueless questions such as ‘So, when I have the Facebook do I also have the internet?’ 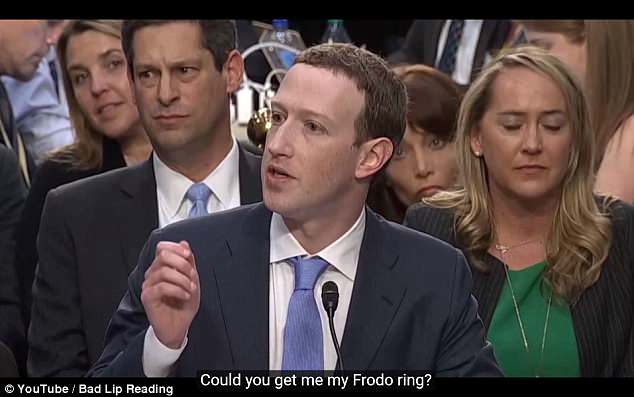 A hilarious bad lip reading video displays Mark Zuckerberg starting his testimony before Congress saying: ‘Uh just a sec. Mom could you get me my Frodo ring? I want it here’ 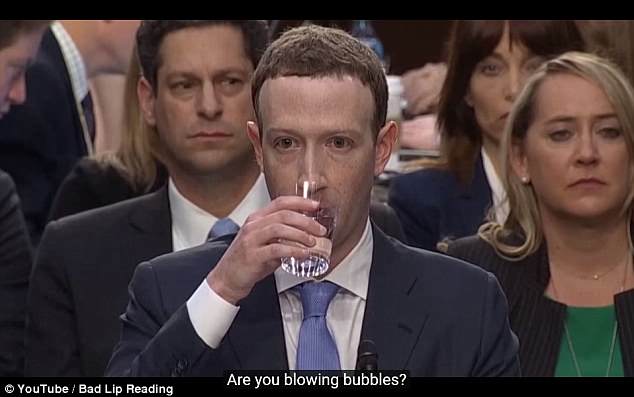 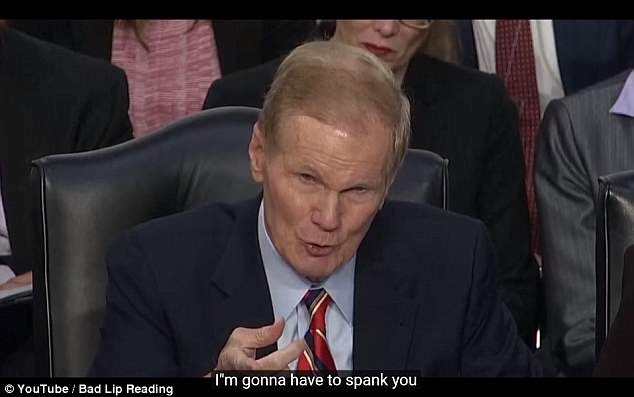 The video begins with Florida Senator Bill Nelson welcoming the Facebook founder to the floor saying: ‘Thanks for coming Mr. Zuckerberg, how are you?’

Zuckerberg then nervously raises his hand and responds: ‘Uh just a sec. Mom could you get me my Frodo ring? I want it here.’

‘Now that we got the ring sorted out we can move on to the topic at hand which is the concern that has been raised…’ Nelson responds before getting cut off by Zuckerberg loudly slurping his glass of water.

The CEO looks nervous as he slowly lifts the glass to his lips and aggressively gulps the water down before he playfully blows bubbles in the cup.

‘How about you just chug the water? I want you to cut it off. Are you blowing bubbles? I’m gonna have to spank you!’ Nelson says.

The dubbed over quips hilariously fit in perfectly with the mouth movements of the politicians and the tech founder.

Zuckerberg’s expression remains serious as he holds his water.

Other politicians take offense to his bleak expression.

The camera pans to Zuckerberg whose eyes are wide open and fail to flinch. 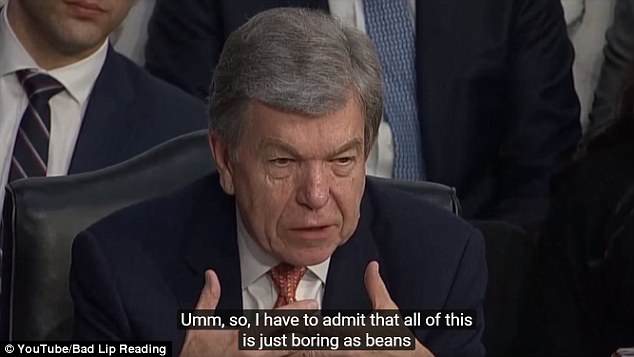 Over it: One candid senator said the entire Facebook meeting was ‘just boring as beans’ Senator Ted Cruz asked if he and the Facebook CEO could be friends, but Zuckerberg declines 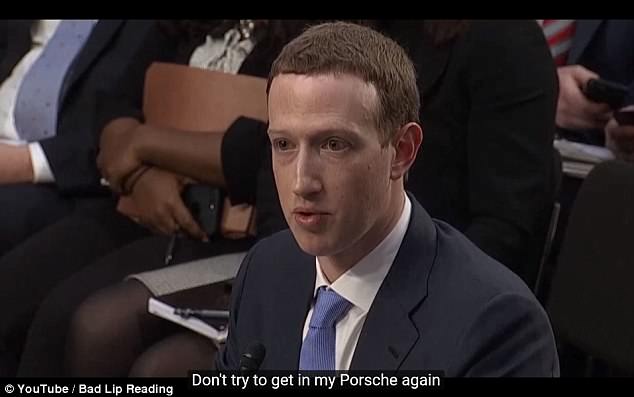 In response to Cruz he says: ‘Don’t try to get in my Porsche again’ with a stern face 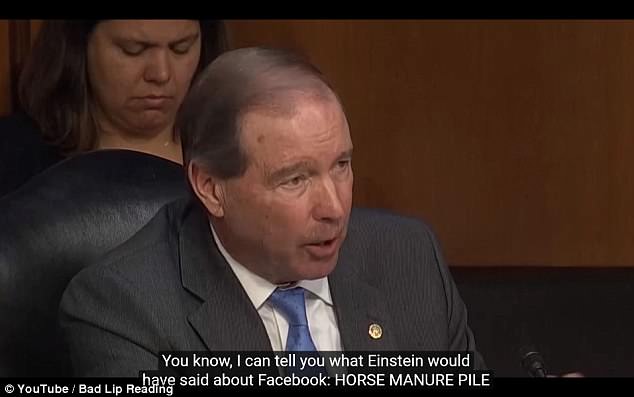 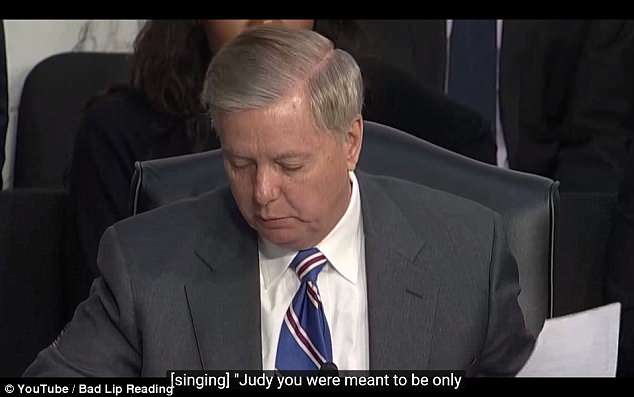 While many threw jabs at the tech mogul, others were distracted, such as Senator Lindsey Graham singing Judy Moonlight to himself during the meeting 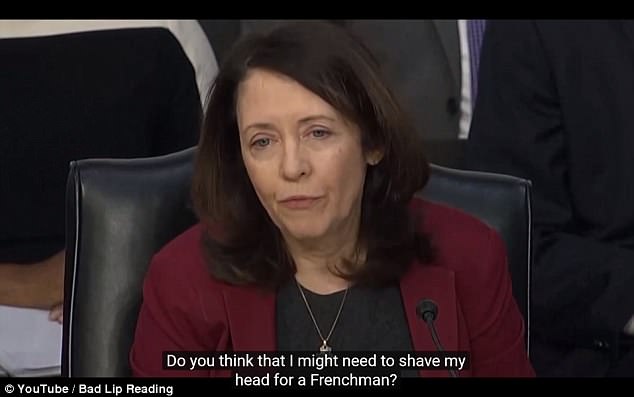 ‘We’d like you to make a little smile, just to show that you can’ another politician encourages.

The tech mogul complies and gives a half-hearted smile that sends the Senate floor reeling.

‘Oh good heavens that’s just horrible. Stop that son. For the rest of the day will you not do that please?’

Another politician then describes how useless the gathering is.

‘I have to admit that this is all just boring as beans. What are we talking about….and what was I going to ask? Oh yeah. So, when I have the Facebook do I also have the internet?’

Another senator adds ‘I just want everyone to know my van is for sale…’ before launching on a speech on the stellar state of his vehicle.

Senator Ted Cruz then cuts in saying: ‘Can we be friends later?’

‘Have you ever smelled a girl’s feet? Because I imagine me and you could be doing that at some point. What’s the problem little friend?’ he adds to Zuckerberg.

The shaken CEO responds. ‘Don’t try to get in my Porsche again’. 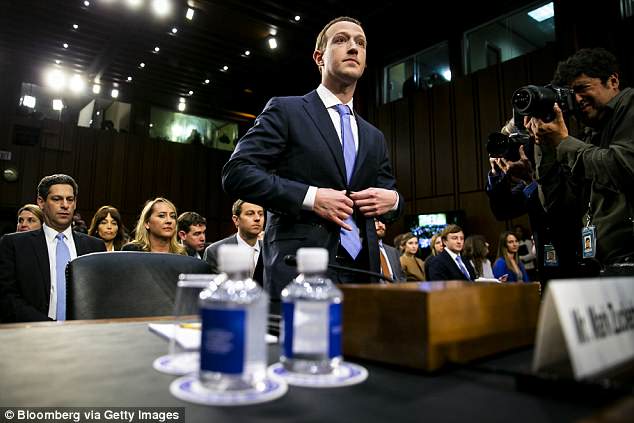 The hilarious video dubbed over the voices of Zuckerberg and Congressmen with convincing accuracy, Zuckerberg pictured following the meeting on April 10 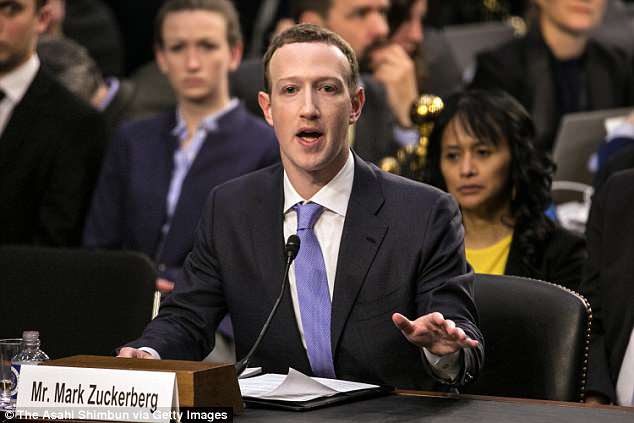 He was called in to testify after it was reported that 87million Facebook users had personal information harvested by Cambridge Analytica, a British firm linked to the Trump campaign

Senators go back and forth with ridiculous questions, the camera intermittently flashing to Zuckerberg’s concerned face.

‘Do you think that I might need to shave a head for a French man?’ Washington Senator Maria Cantwell said.

‘Mr Zuckerman, World War I was awful do you agree? Why are we even here then?’ Senator Patrick Leahy said.

Instead of asking his own question, South Carolina Senator Lindsey Graham sings Judy Moonlight and chuckles in the middle of the meeting.

One politician uses his time on the microphone to ridicule the CEO.

‘You know, I can tell you what Einstein would have said abut Facebook: Horse manure pile.’

The video ends with Alaska Senator Dan Sullivan whispering: ‘Hey Mark, do you have a painful scrote? Well, you will in time’.