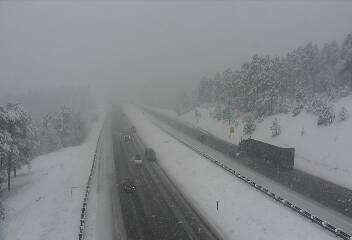 Interstate 70 will close in both directions in Eagle County on Tuesday so crews can remove semitrailers involved in recent crashes.

The first closure — between 9 a.m. and 1 p.m. Tuesday — will include westbound lanes of the interstate between exits 157 (Wolcott/Colorado 131) and 147 (Eagle), the Colorado Department of Transportation announced in a Monday news release.

Drivers can use U.S 6 as a detour during both closures.

The recovery efforts are being done Tuesday in order for crews to remove the semis before the next winter storm, CDOT officials said, which is expected to hit the area Tuesday night and continue through the rest of the week.