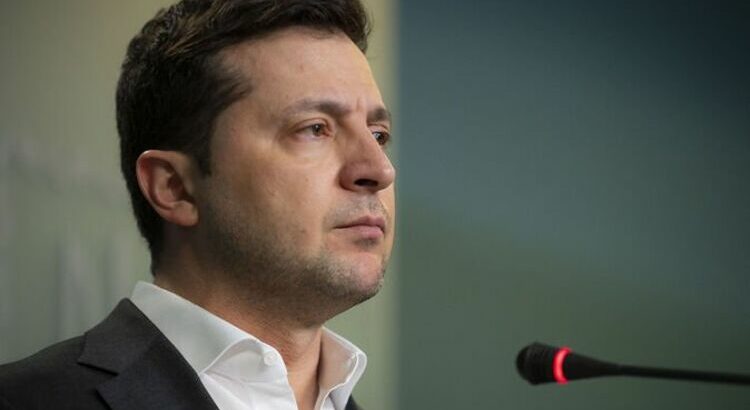 Ukraine: Zelenskyy says he is 'target number one' for Russia

Ukrainian President Volodymyr Zelenskyy told his fellow citizens that he is Vladimir Putin’s “number one target” and his family is “number two”. President Zelenskyy made the solemn admission during a late-night address to the nation. The Ukrainian leader vowed to stay on in Kiev, even as Ukraine officials warned of an imminent tank invasion on the capital later today.

He said that his family has been moved to an undisclosed location but remained in Ukraine.

They want to destroy Ukraine politically by taking down the head of state.

“I am staying in the government quarter together with others.”

He pledged to take up arms alongside his brother and fellow boxer, Wladimir, to fight in a “bloody war” following Russia’s invasion of their home country.

Overnight, loud explosions were reported across Kiev as Ukrainian officials expect an intense attack on the capital later today.

An adviser to Ukraine’s interior minister warned that Friday could become the hardest day in the war.

Ukraine: Footage appears to show wreckage of jet in Kiev

US Secretary of State Antony Blinken on Thursday said that Russia planned to overthrow the government in Kiev.

In his speech to the nation, President Zelenskyy confirmed that 137 soldiers had been killed on Thursday, the first day of fighting.

President Zelenskyy also said that sanctions from Western allies had not convinced Russia to withdraw from an attack.

He said: “Was Russia convinced by yesterday’s sanctions? We hear in our sky and see on our earth that this was not enough.”