Hundreds of thousands of people in the UK have lost their jobs as the coronavirus pandemic pushes the rate of redundancies to record highs, and the number is expected to increase when the furlough scheme comes to an end this week. According to a new report, young people and those from ethnic minority backgrounds are disproportionately impacted by the redundancies, while many recent graduates are struggling to find employment.

The Guardian spoke to some of those who have been affected by the upheaval in the jobs market. 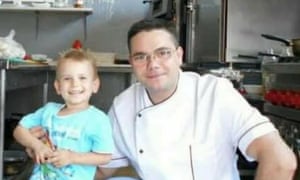 ‘You cannot sleep at night’

Chef Roman Cristinel was furloughed from his job at a central London hotel in March, and found out he was being made redundant at the start of this month.

“It was horrible. You cannot sleep at night and you have chest pain,” he said. “It’s very unpleasant not being sure what you’re going to do next month, or if you’re going to be able to provide food for your family. I’m applying for jobs, but nobody is responding.”

Cristinel estimates he has applied for 20 jobs since the start of October, but is concerned that hospitality roles are becoming scarce. He has applied for universal credit to help him pay his rent.

“This is what I do and what I’ve been doing for a long time,” he said. “I have no experience doing different stuff. I’ve even applied for cleaning jobs, kitchen porter roles, and other things. But when you’re applying, there’s a few hundred people who have applied.

“There’s a constant fear of what’s going to happen next, but you have to be positive and keep strong. Because if you let it, it destroys you.”

“I feel like I’m back to square one,” said Craig Wood, who was made redundant in June after being furloughed. Three years ago, Wood retrained from his job in security to enter the construction industry, working a minimum wage job on a training course and attending college one day a week.

“I worked my way up to a decent job and a decent salary, but I’ve got nothing now. It feels like I might as well have paused my life for three years. It was a waste of time,” he said.

Wood has applied for around 60 jobs since he was made redundant, and has not received a single response.

“I don’t really want to start working in warehouses overnight,” he said. “I’m not above doing it, but I don’t want to start on a minimum wage job after working my way up. There are people worse off but it’s been horrible.”

‘There’s no money for emergencies’

In Rhondda, south Wales, Melanie Hill is unsure whether she will have a job to return to when furlough ends. “There are a lot of people out of work and I worry about the future,” she said.

Hill works part-time in a telesales role for a small business and is a single mother to two sons, aged nine and 11. She has been furloughed since March, taking home £660 a month.

“It’s hard enough to live on what I earn normally,” she said.

“We forage for things and Lidl has a bargain box of vegetables available early in the morning which I try and buy, but there’s no money for emergencies or treats for the children.”

Hill feels “betrayed” by the government and feels more support is needed: “People will only put up with hunger and isolation for so long and all of this is disproportionately affecting ordinary people.

“It’s a bit like people pushing a car up a hill. It’s fine when everyone’s helping but over time one by one they drop out and you’re left on your own. It’s a real struggle.”

Many recent graduates have struggled to find a job as a result of the pandemic. One of those is law graduate Raabia Butt, who lives in London.

“Me and my friends almost wish we were still in university, and not having to face what’s happening,” said Butt. “We wanted to stay under the cover of education.”

Since she graduated in June, Butt has completed more than 200 applications. She has been invited to five interviews, but has been unable to secure a job.

“At first I was quite strategic, applying for things that I’d like to do, but now I’m applying for anything. It’s like a full-time job,” she said.

“At home I live with three other people with jobs, and it’s demoralising. I’m starting to realise it’s looking quite dim for employment, and I’m thinking about a masters to refine my skills to help.” 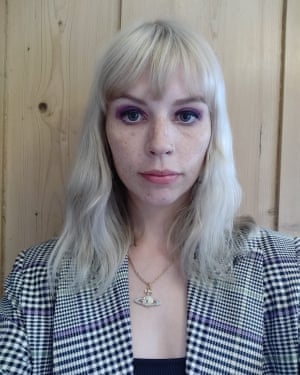 Phoebe Rodwell was furloughed and later made redundant from her job in the events industry.

“It was awful, I felt like I’d spent a long time getting into a career I really want to do,” she said. “My boss said that if they could keep me on, they would. I understood, but it was devastating.

“I applied for around 90 jobs, had two rejections and no other responses. I thought, I just can’t keep doing this, so decided I’d apply for university.”

Now Rodwell is at the University of Salford studying criminology and counselling, and hopes to do freelance work in the events sector.

“At the end of my three years, either I’ve kept my foot in the door enough with festivals to go back to that, or I completely change industry,” she said. “I chose my degree because it was interesting, but also a solid back-up so I can go and work in a different sector, because I don’t feel safe any more.”