I can’t think of a job I’d less like to have than leader of the Labour Party’: Jess Philips rules out a bid to replace Jeremy Corbyn because ‘it doesn’t look like much fun’ 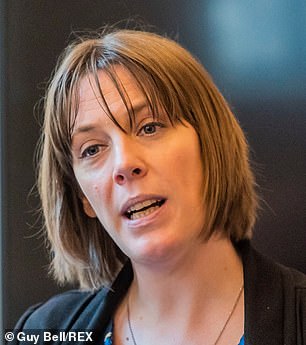 A Labour MP has ruled out running for the leadership for the moment because the job ‘doesn’t look look much fun’.

Jess Phillips, backbench Labour MP for Birmingham Yardley, told Sophie Ridge on Sky she might like to be leader one day.her

Asked whether she wanted the next party leader to be a woman, Ms Philips replied: Yes, of course, abso-bloody-lutely’

‘I think it would be a massive embarrassment, amongst other things, if the Labour Party once again fails to have a woman leader.’

But, she added: ‘I recognise that some people would like me to stand, and you never know – maybe. One day.

‘At the moment I feel so tired I can’t think of a job I’d less like to have than to be the leader of the Labour Party. It doesn’t look like much fun, at the moment.

She said both Theresa May and Jeremy Corbyn ‘both seem to have aged quite a lot over the period, they do seem quite stressed.

‘I can’t imagine what it’s like when they’re chatting to each other but I imagine they could probably get on quite well, really.

‘They’ve got quite a lot of shared stress they could give each other a bit of a therapy session.

She joked they would joke about missing sleep and missing out on ‘the latest episodes of Fleabag.’ 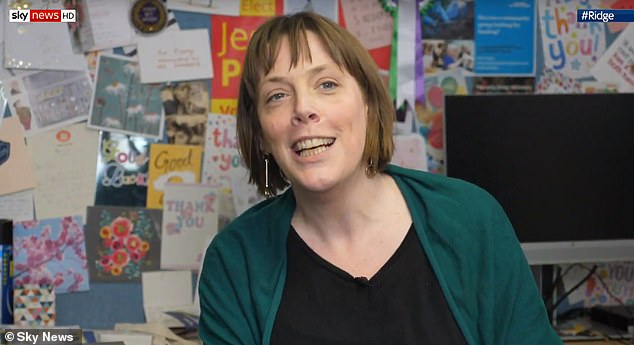 Ms Phillips said: ‘At the moment I feel so tired I can’t think of a job I’d less like to have than to be the leader of the Labour Party. It doesn’t look like much fun, at the moment’

Mr Phillips, acknowledged there was ‘a bit of a feeling’ that Labour were playing politics, saying within the Party membership, and the country, it has not been clear what the party’s position was.

But she said her passion for the Party had been ‘reignited’ since an interview three weeks ago in which she thought she could see the ‘end of the road’, saying the party was more unified now.

It comes after she suffered a torrent of abuse from hard-Left trolls who called her a ‘traitor’ and demanded her deselection, when she said she would make a better Prime Minister than Jeremy Corbyn. 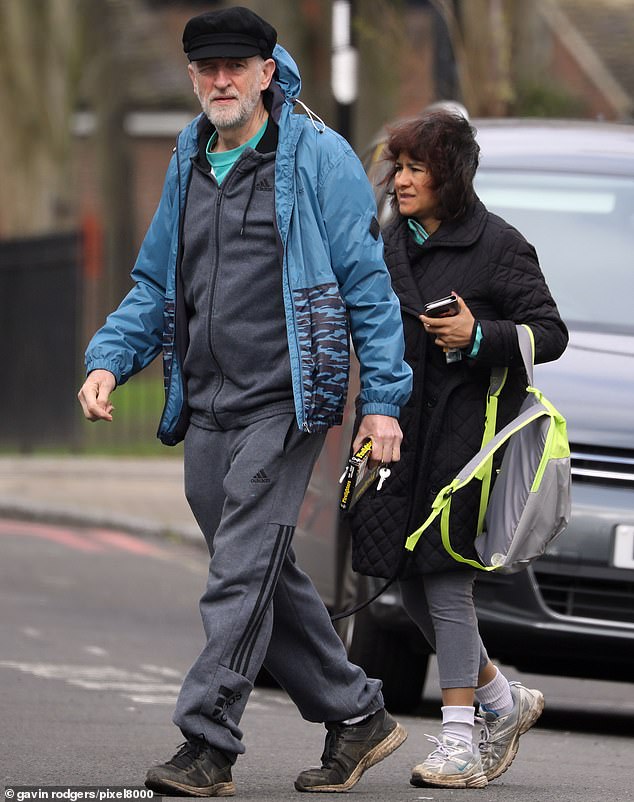 In a wide-ranging profile article last month, Ms Phillips  likened both Mr Corbyn and Theresa May to characters from 70s sitcom The Good Life

The 37-year-old MP for Birmingham Yardley has been an outspoken critic of the party leader.

In a wide-ranging profile article, she likened both Mr Corbyn and Theresa May to characters from 70s sitcom The Good Life.

She said: ‘I think I’d be a good Prime Minister. Theresa May and Jeremy Corbyn are of a bygone era. It’s like The Good Life – she’s Margot, he’s Tom.

‘There’s an old-fashionedness about them. Their politics are so 70s – it’s hate migrants, love miners.

‘They’re both in this terrible situation where they’re very traditional, very stubborn, bloody difficult people and they can’t assimilate with groups of people who aren’t like them – or admit when they’ve made mistakes.