LOOKING down at my foster daughter's drawing, made up of thick black lines and angry red dots, I couldn't help feeling disturbed.

Little Abby had arrived at my home just days earlier – a beautiful six-year-old the size of a toddler who had more energy than an Olympic athlete. 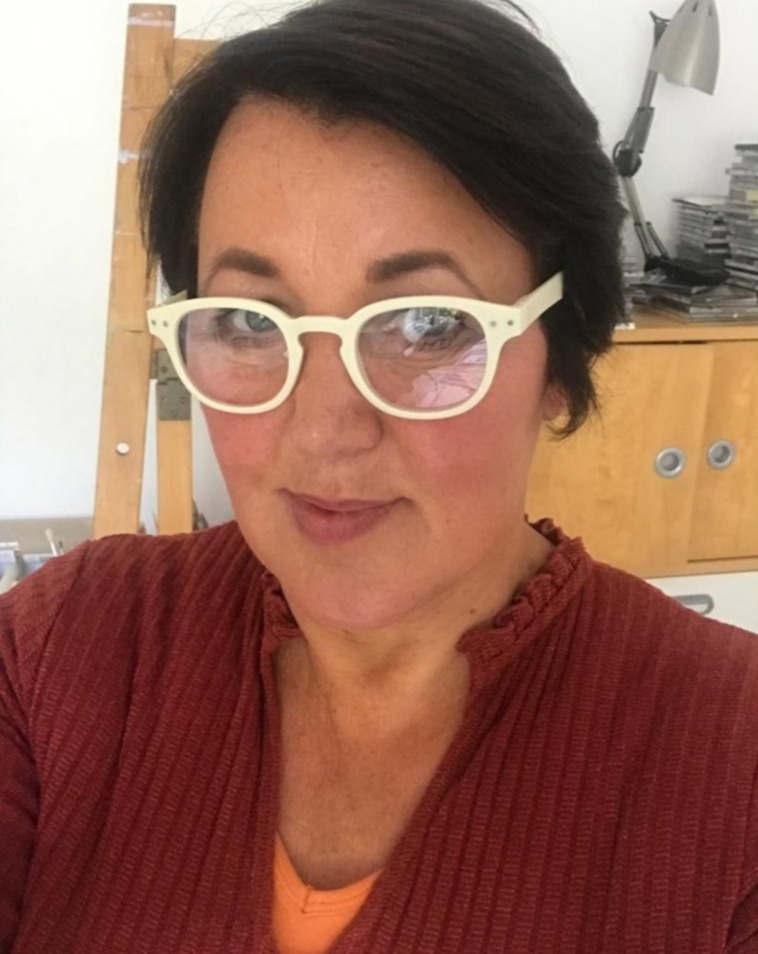 Perched at the kitchen table, she'd enthusiastically coloured a piece of paper in yellow – only to scrawl all over it with black and red pens.

The result was quite sinister and alarming. It looked like something bad had happened to erase the happiness, the joy, the sunshine.

Yet at the time, I could have never guessed the full horror behind Abby's innocent drawing, which she proudly held up to me, urging: "Look!".

Nor did I know the other vile ways she'd been abused by those she trusted – including her adoptive father's exorcism-style attempts to "purify" her. 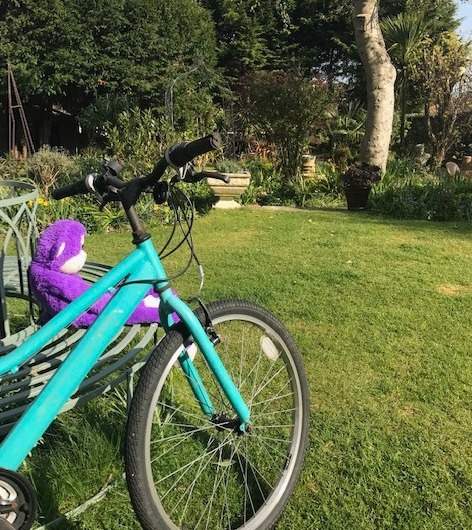 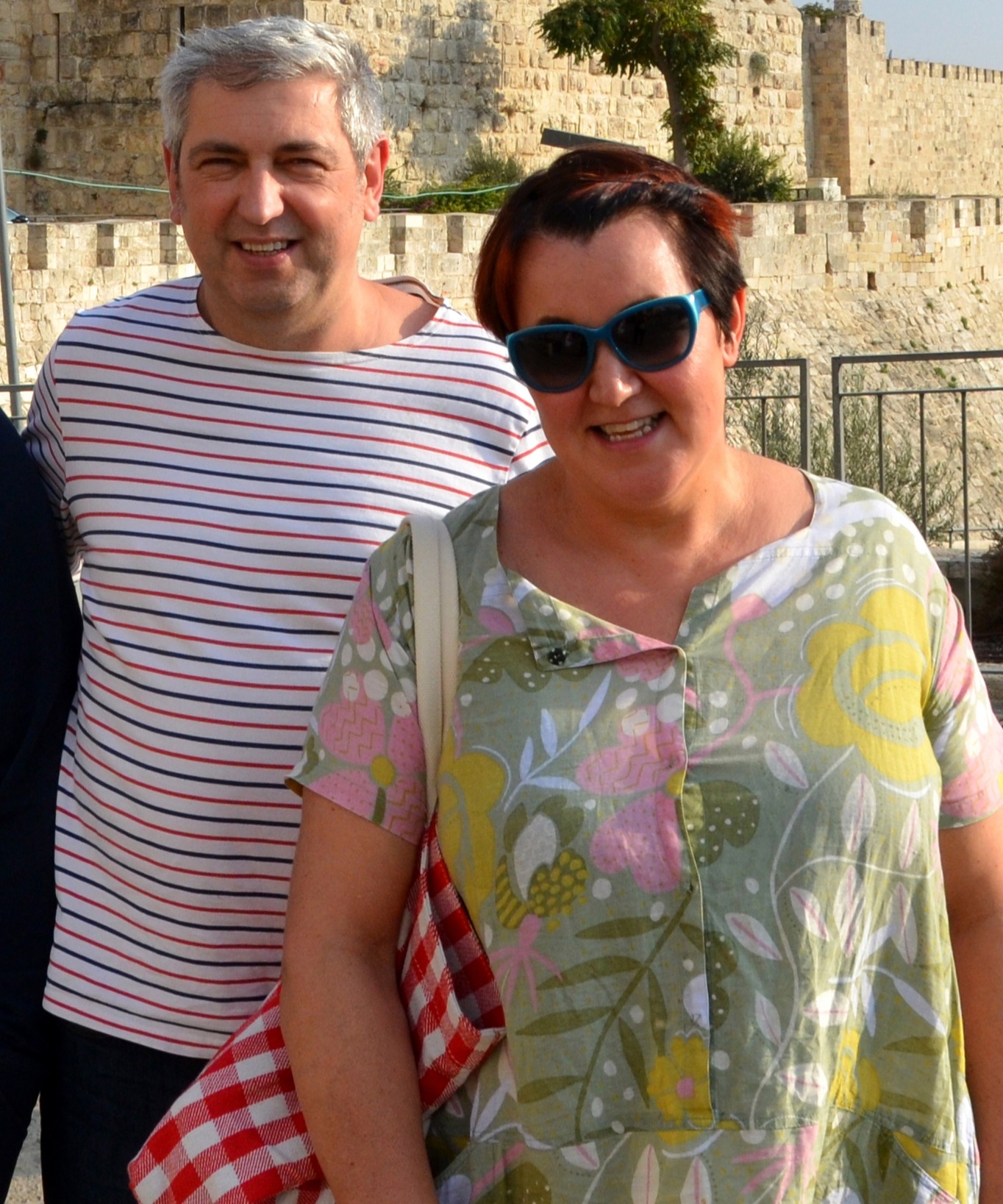 Abby, I would learn during her time with us, was born to a 13-year-old straight-A schoolgirl and her rapist uncle during a Year 9 PE lesson.

Desperate teen mum Lisa had delivered her daughter in the school gym, while her stunned classmates listened to her howls of agony and horror.

A clarinet-playing school prefect, Lisa had kept her pregnancy a secret after being raped by her Uncle Jason during her 13th birthday celebrations.

She had another secret, too.

In the months before the birth, she had been drinking herself into oblivion – first, to try to abort her baby and, later, to block out her own misery.

Sadly, this would have lasting, devastating consequences for her little girl. 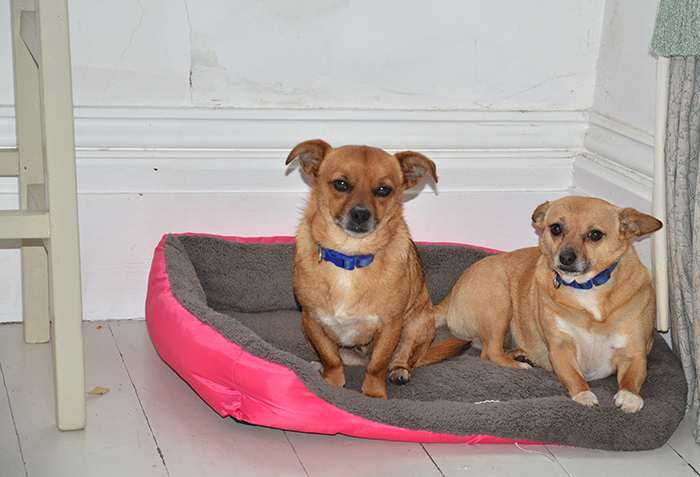 Abby – whom Lisa named after the kind NHS nurse who cared for her – was born weighing less than three pounds, with glassy, translucent skin.

She was put up for adoption and, aged eight weeks, was taken in by a married couple who'd been trying for a child for more than five years.

From hope to fresh horror

It should have been her 'happy ever after'.

But in reality, it was the beginning of Abby's own nightmare.

While Abby's adoptive mum Sarah was overjoyed to have her, she struggled with the baby's behaviour – described by social workers as "difficult".

Abby was extremely restless, wanted feeding every two hours – day or night – and screamed for hours on end, her lips vibrating with the force.

A religious man with deep-rooted Christian beliefs, he soon admitted he felt nothing for Abby, branding her a "monster" with the "Devil inside her".

In secret, I'd later discover, he'd do far worse to her.

MORE than 65,000 kids are living in foster care across Britain – yet Louise warns the number could have soared since the coronavirus lockdown.

The foster mum, 52, from south-west England, says many abusers will have seen the lockdown as a "God-given opportunity to go for it – to manipulate and control".

"This will be a living hell for some," she told Sun Online in April.

"There will be a lot of abuse going on."

She added that the "ageing" fostering community was at risk of Covid-19, which has killed more than 40,000 people in the UK.

"I know foster carers that have died of the virus," she said.

"You have to factor in we're an ageing workforce. They can't recruit foster carers, sadly, and a lot of foster carers are in their 60s and 70s."

Louise, a best-selling author and artist who grew up in the care system in Oxford, is married to 56-year-old husband Lloyd.

They have two birth sons, Jackson and Vincent.

After Sarah unexpectedly fell pregnant herself, she also began wishing they didn't have Abby. In her eyes, she wasn't a "real" part of the family.

While her son Charlie slept peacefully and oozed happiness and fulfilment, her adopted daughter's tiny body was almost always bursting with rage.

Eventually, filled with resentment and anger towards Abby and with ever-widening cracks in his marriage to Sarah, Gordon moved out.

Left as a single mum of two, Sarah started dating a foreman called Victor, who moved in instead – in what would be another horror for Abby.

Rejected by her adoptive mum

While Victor was willing to take on Charlie, he urged Sarah: "Give Abby back". With her new family of three in mind, the mum did just that.

By the time precious Abby arrived at my front door, aged six, she'd been in four foster placements in 10 months, all of which had broken down.

Tragically, despite her rejection, she still thought of Sarah as her mum. 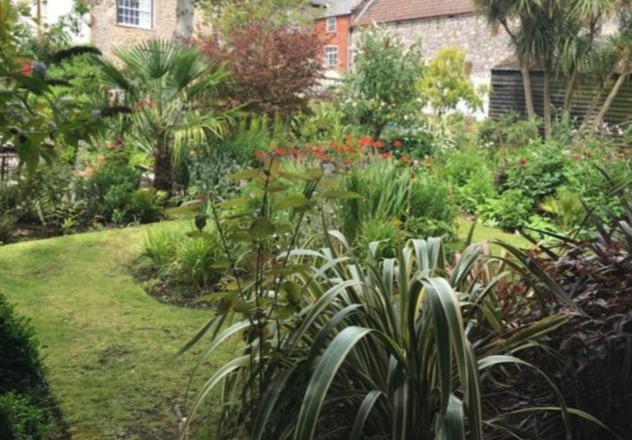 As an experienced foster carer who has looked after dozens of children with my husband Lloyd, I'm no stranger to emergency placements.

But with Abby, who was from the other side of the UK to us, I had concerns.

Social workers had given me no information about her background, nor explained why she was being driven miles and miles for a placement.

The truth was, Abby had been swiftly removed from her last placement for attacking a child, and they were desperate for us to take her.

Abby's face was strikingly flat, with a smooth, wide ridge between her nose and upper lip like a pastry-fold, while her eyes were small and far apart

But of course, Lloyd and I – also parents to birth sons Jackson and Vincent and our long-term foster daughter Lily – didn't know this at the time.

We also weren't informed that Abby had suspected Foetal Alcohol Syndrome (FAS), a serious condition that results from alcohol exposure during the mum's pregnancy and causes brain and organ damage.

Yet as soon as I saw the youngster, it was clear she had the syndrome.

Her face was strikingly flat, with a smooth, wide ridge between her nose and upper lip like a pastry-fold, while her eyes were small and far apart. 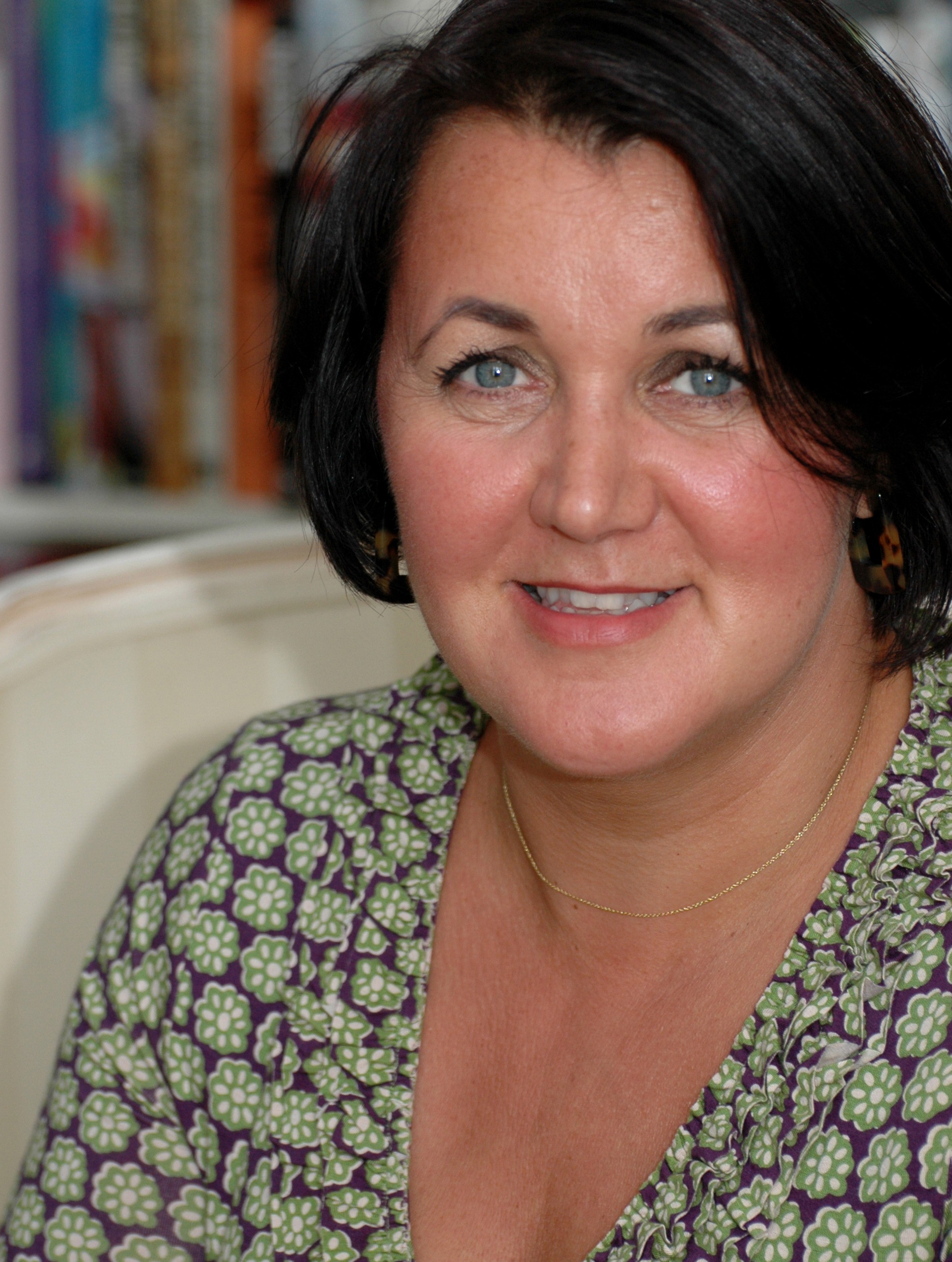 She needed specialist support – but the social worker brushed off our concerns about FAS, remarked "she looks fine", and left us with no support.

Screaming inside, I vowed to do what I could for Abby. It wasn't her fault..

That first day, Abby spent hours chatting to herself and whizzing around in circles on Vincent's scooter, looking like the happiest child in the world.

Beaten for being 'Satan's spawn'

But I quickly learned she had no sense of her own self or safety.

She would hurl herself off walls, manically click her wrists, turn rooms into warzones, and, at bathtime, leap off the side of the tub into the water.

She also peed on her bedroom floor and pooed in the bin.

And within hours of her arrival, she told a shocked Lloyd to "f*** off".

Despite my years of fostering experience, caring for Abby was exhausting. She functioned at full throttle, sleeping at 2am and awaking before dawn.

Usually, Vincent, Jackson and Lily enjoy playing with our new foster kids. But they didn't like or trust Abby, especially after one particularly upsetting incident.

During a doctor's assessment, I learned that, aside from FAS, Abby had suspected ADHD and signs of neglect – which made my heart sink. 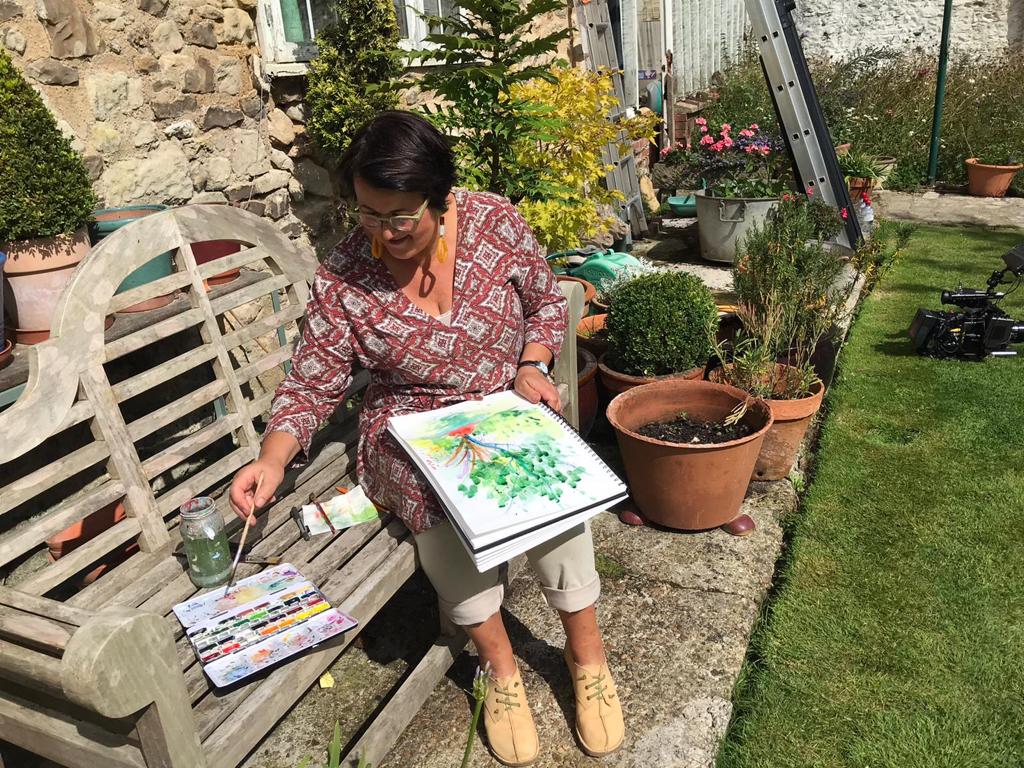 And it wasn't long before signs of physical and sexual abuse surfaced, too.

One day, I noticed livid red marks on Abby's lower back. Her chilling explanation for them was: "They're there because I'm Satan’s spawn."

Another time, she hurled a stone at an elderly vicar's head in public. And she also became very attached to a priest-like Darth Vader costume.

What I now know is all these stemmed from Gordon's abuse.

He had repeatedly beaten Abby, then only a toddler, during exorcism-style "punishments" to "purify" her from the supposed sins of her birth mum.

He'd then made her swear on the Bible she wouldn't tell anyone. Looking back, it was hardly surprising she'd thrown a stone at a passing vicar.

On one occasion, I gently asked her what the red dots in her pictures were. In response, she innocently said: "My bum… the other one hurt it".

I swallowed: I hadn't been expecting that at all.

I quickly reassured Abby it wasn't her fault, as I do whenever one of my foster children courageously confides in me about abuse.

Then I listened as she revealed who the 'other one' was. Her revelation, which I detail in my new book, Abby's Story, was horrifying.

How do I report child sexual abuse?

YOU can talk directly to the police or your local children's social services – and this can be anonymous.

You can also get advice or report your concerns anonymously to the NSPCC by phoning their free helpline on 0808 800 5000 (or you can report sexual abuse to them via email or online).

The NSPCC has more information and advice about child sexual abuse – which affects one in 20 children in the UK – on its website.

If you are concerned about your own thoughts or behaviour towards children, you can phone Stop It Now! in confidence on 0808 1000 900 or email [email protected]

If you are a child and someone is sexually abusing you, you can get help and advice from ChildLine – phone 0800 1111, calls are free and confidential.

But while I reported Abby's comments – which were later supported by further evidence during therapy – her abuser was never arrested.

It would have been the word of a then-three-year-old against his.

Carers paid less than £1 an hour

For a number of weeks, Lloyd and I tried our best with Abby.

In situations like these, fostering seems a big ask.

It's why I believe being a foster parent should be a career, with a minimum wage. As things stand, we earn less than £1 an hour to do this.

Fortunately, despite the lack of support from Abby's social services team, we ended up with a brilliant supervising social worker called Jane.

She shared our frustration, and assured us: "We'll get through this". 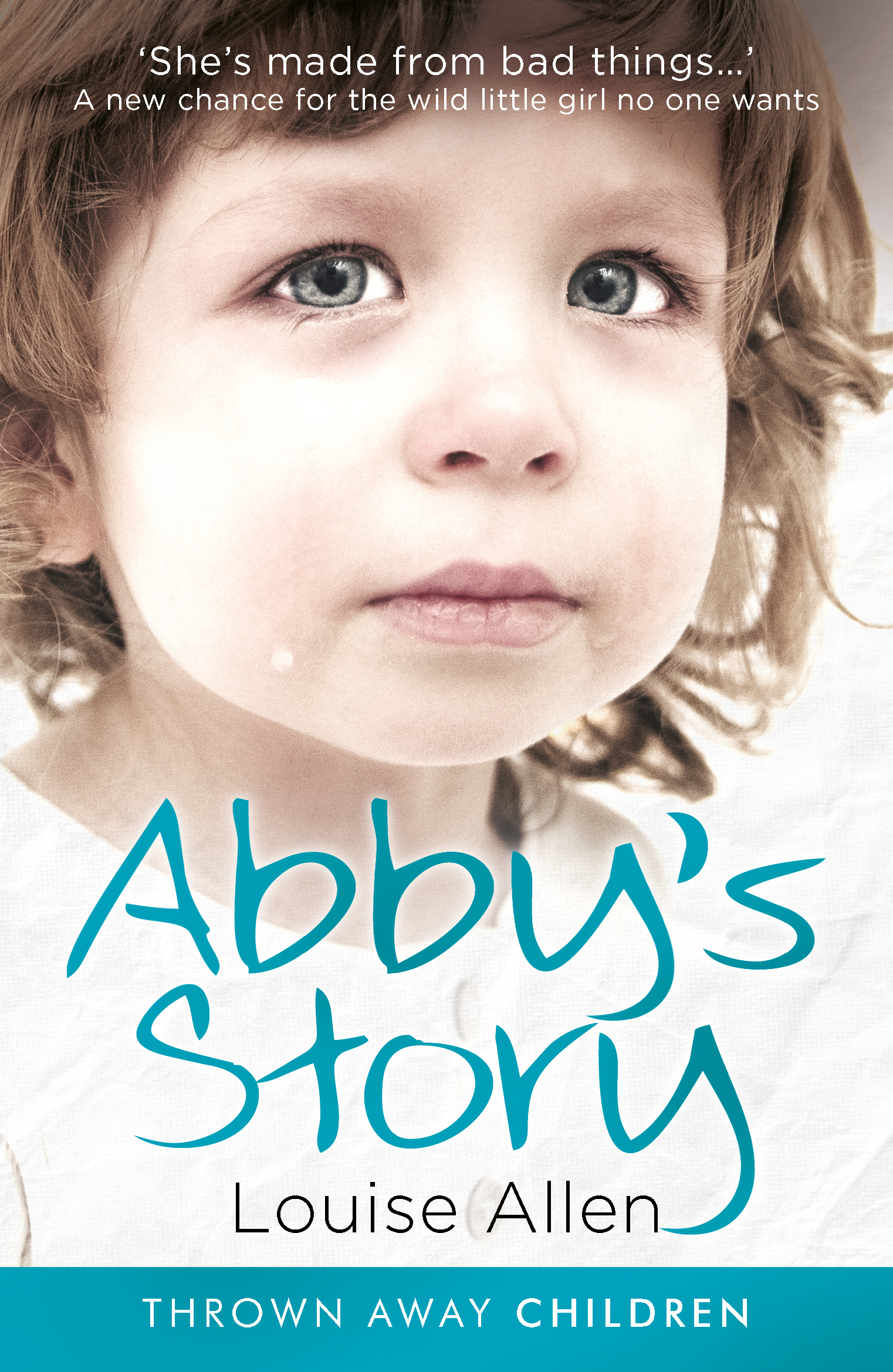 But finally, Abby's violent actions on one terrifying incident, brought on by a traumatic experience earlier that day, left me feeling I couldn't keep her, or my family, safe.

We had to give notice on the placement, which sets the wheels in motion for a child to be moved – usually after 28 days, though depending on circumstances, it can happen sooner.

When Abby left, I worried desperately for her future.

I was right to do so: after us, Abby went through nine placements in the space of a year, the victim of a system that couldn't cope with her needs.

But her story does have a happy ending.

Aged seven, Abby was adopted – by someone we'd have never expected. This surprising person could dedicate the time and professional care needed to help her.

Finally, the little girl born in a school gym, abused as a toddler, then rejected by her adoptive mother had found her forever family.