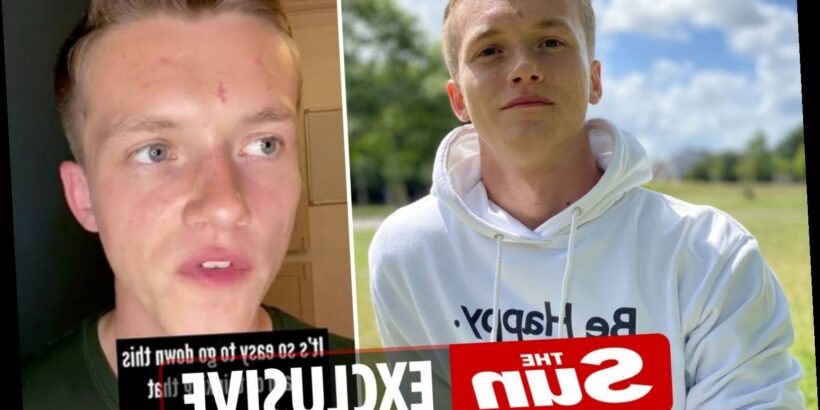 WHEN Perry Power was 10-years-old he was sexually abused by his own granddad – he suffered in silence for years, but now millions know his story.

That's because Perry has taken the astonishingly brave step of speaking about his nightmare ordeal on TikTok after enduring years of depression and suicidal thoughts. 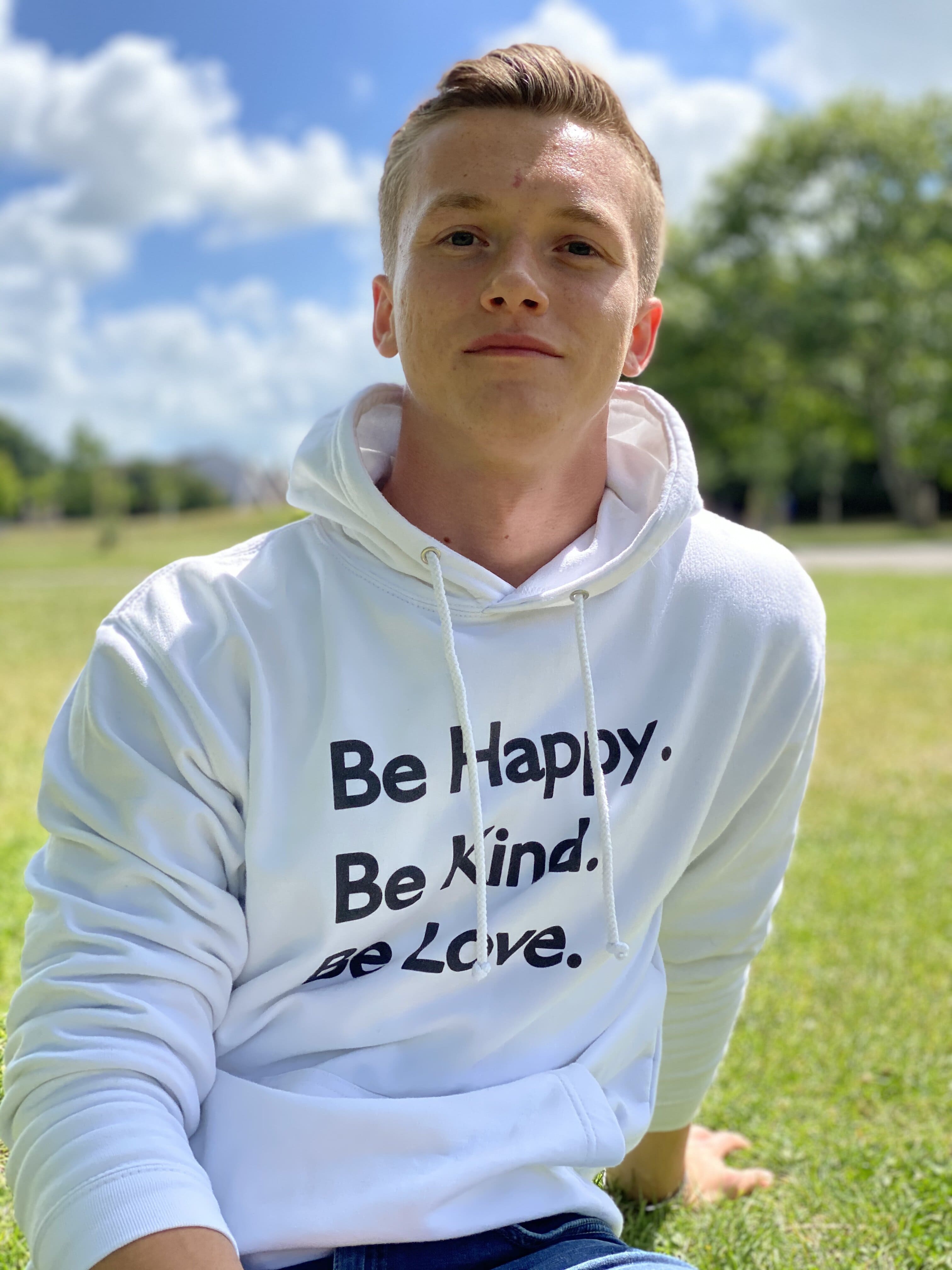 At the time of his abuse, he was told to stay silent.

He thought that was the best thing to do – to avoid what he perceived to be the double shame of firstly being sexually abused, and secondly being a male victim.

Sexual abuse affected many people in his family; his grandfather, aunt, cousin and dad were all abused too and did not confront their story.

But now the actor, 26, who recently moved from Portsmouth to Guildford, Surrey, is on a mission to break that deadly chain of silence.

He has posted numerous TikTok videos detailing his journey to recovery and smashing the taboo around sexual violence in a bid to help other survivors to come forward.

Perry has racked up 2.3million likes with some individual videos being viewed as many as six million times.

And many more victims, too frightened to speak up about their own story by themselves, are messaging him privately for help on what to do. 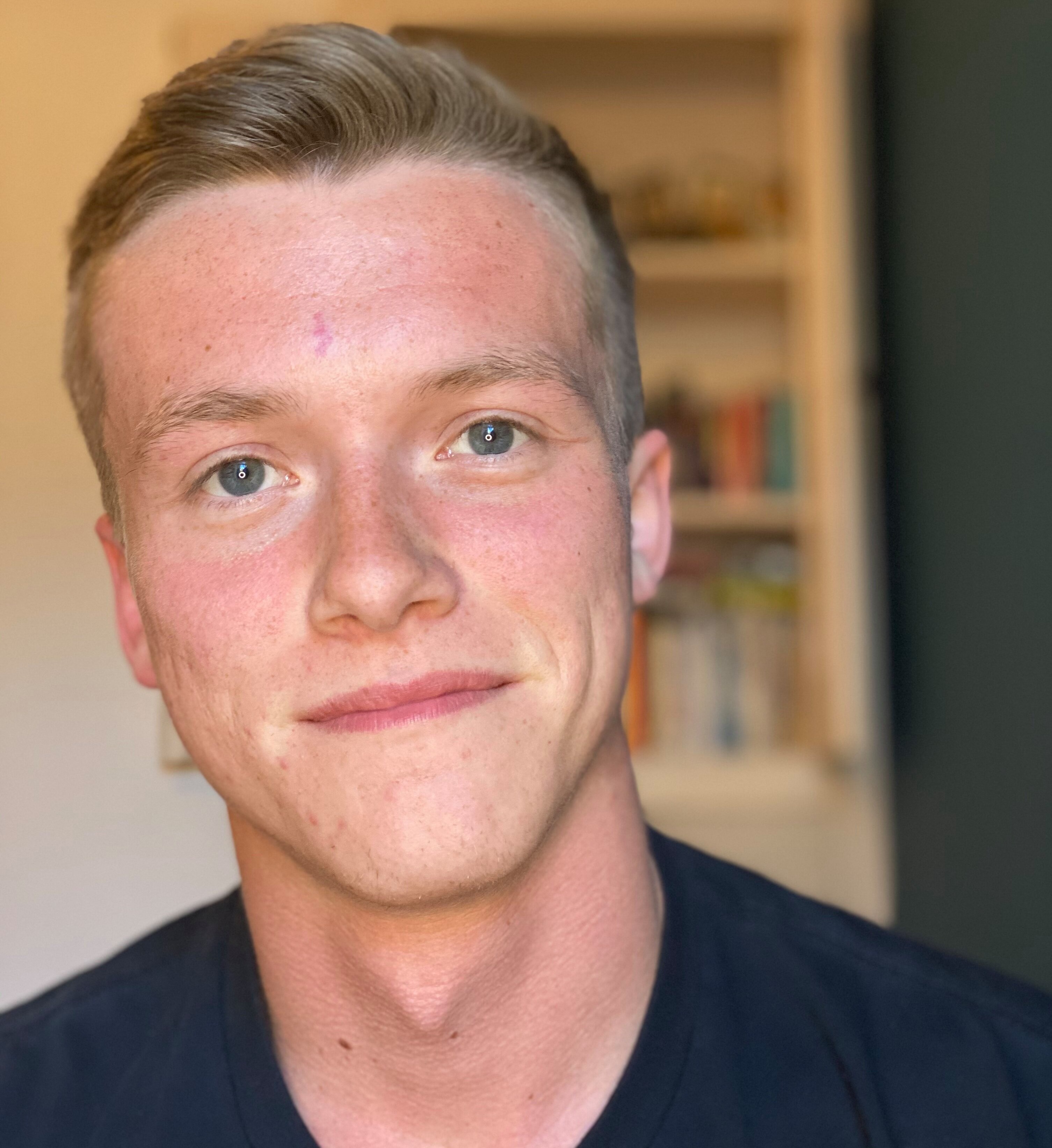 Some have been sexually abused and need help confronting their past, while some are still being abused and are desperately trying to escape.

And he has now spoken exclusively to The Sun for our It Still Matters series which shines a light on sexual abuse survivors, no matter how long ago the abuse took place.

Abused in front of step-mum

Perry lived about a 10 minute drive away from his grandparents’ house when he was growing up in Hammersmith and Fulham, London.

He would often go round with his step-mum and his dad, who he says was his best mate.

But most times he went he would be sexually abused.

Often the two of them were alone but on some occasions his granddad would abuse him with others in the room.

“We were all sat on the sofa and I was on his lap," Perry says. "Because of how the sofa was positioned no one could see. He had a roll-up cigarette, leaned over the sofa watching TV. 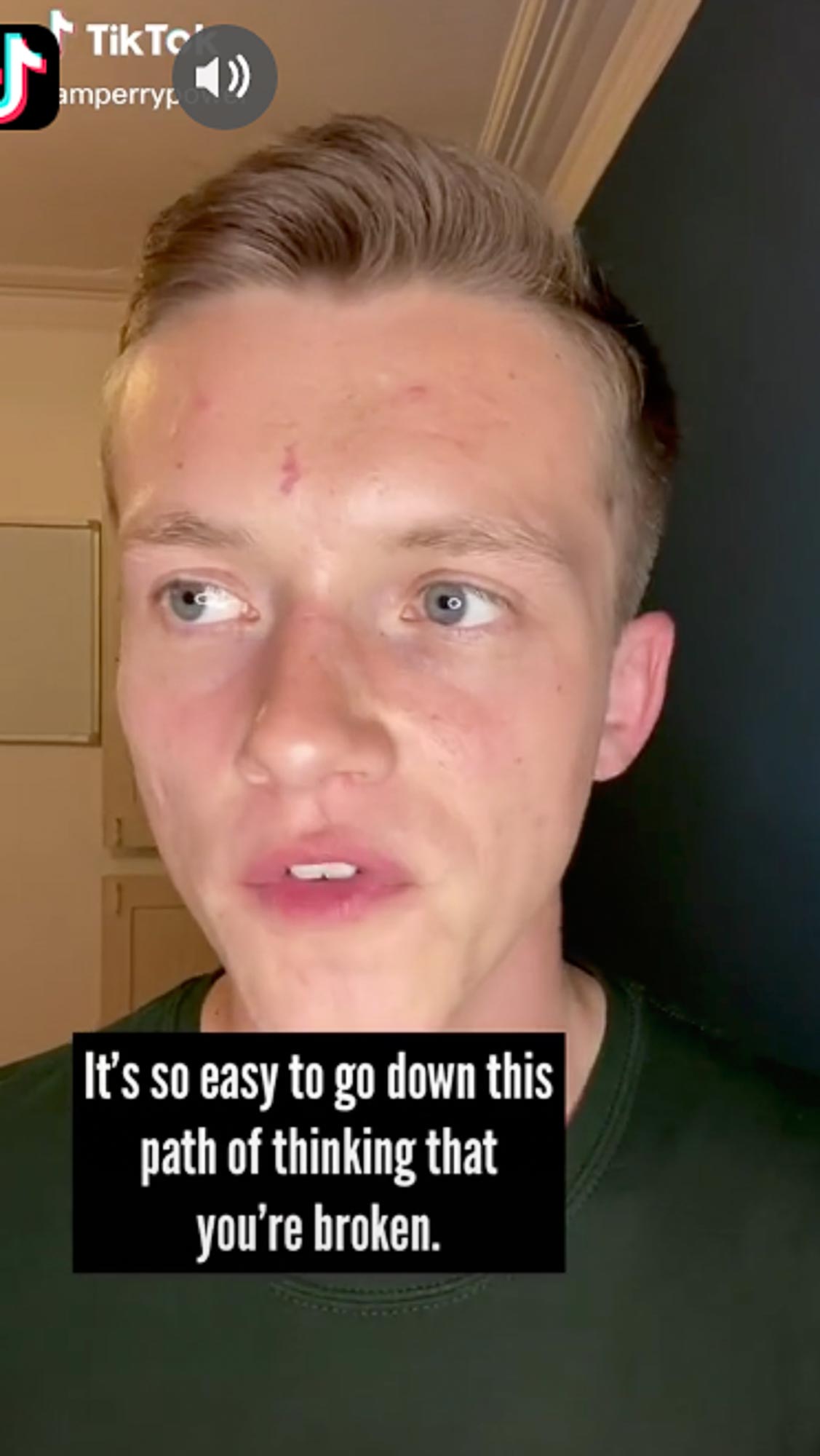 “The cigarette fell out of his hand and onto the floor but he wasn’t picking it up. My step mum couldn’t understand why he wasn’t leaning over to pick up the cigarette.”

She immediately pulled Perry outside to ask what was happening before then speaking with his dad. To this day he does not know what was said but they left straight after. His granddad died two years later.

“My dad was quiet in the car,” Perry says. “He managed to pull out of me what my granddad was doing. He went round there to have some words.

"He never explained to me what did happen. I never went round there again until probably about a year after.

“When it all came out I was told not to say anything. I kept it a secret. I didn’t tell anyone. I was just a kid living through school life.”

One in six men in the UK, or roughly five million, are victims of sexual assault and one in 20 children suffer abuse.

Many suffer in silence for a long time afterwards, with seven out of eight people abused in childhood not disclosing their experience until later in life.

Perry's secrecy was eating away at him throughout his teens, leading to depression and suicidal thoughts, which he attributes not only to hiding the abuse but also to hiding it as a man. 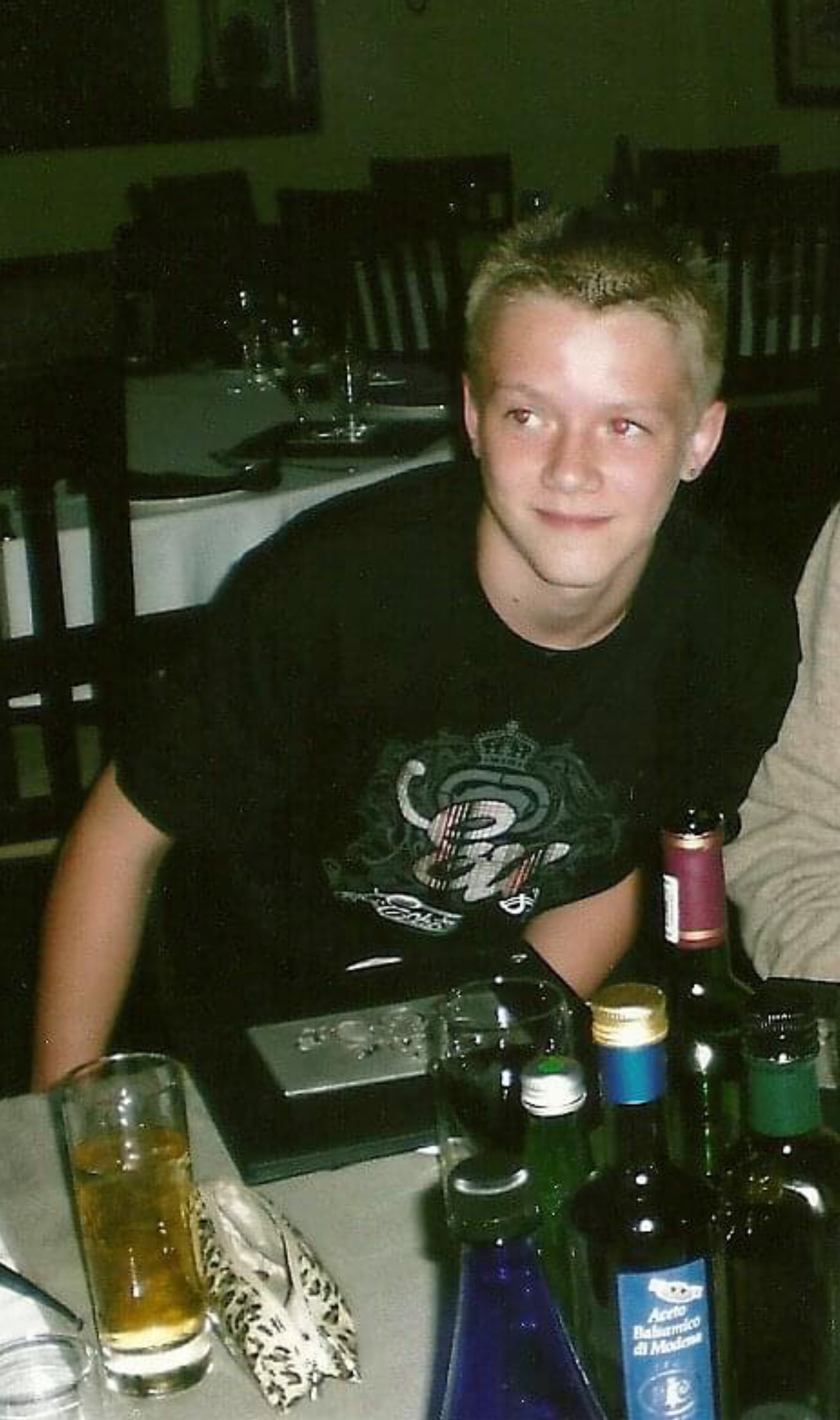 He said: “It was changing who I was. I was wearing masks. I realised what was happening throughout life and I started to wear masks.

At 17 he moved out to Bracknell, Berkshire with his parents and then moved out of the family home at 19. 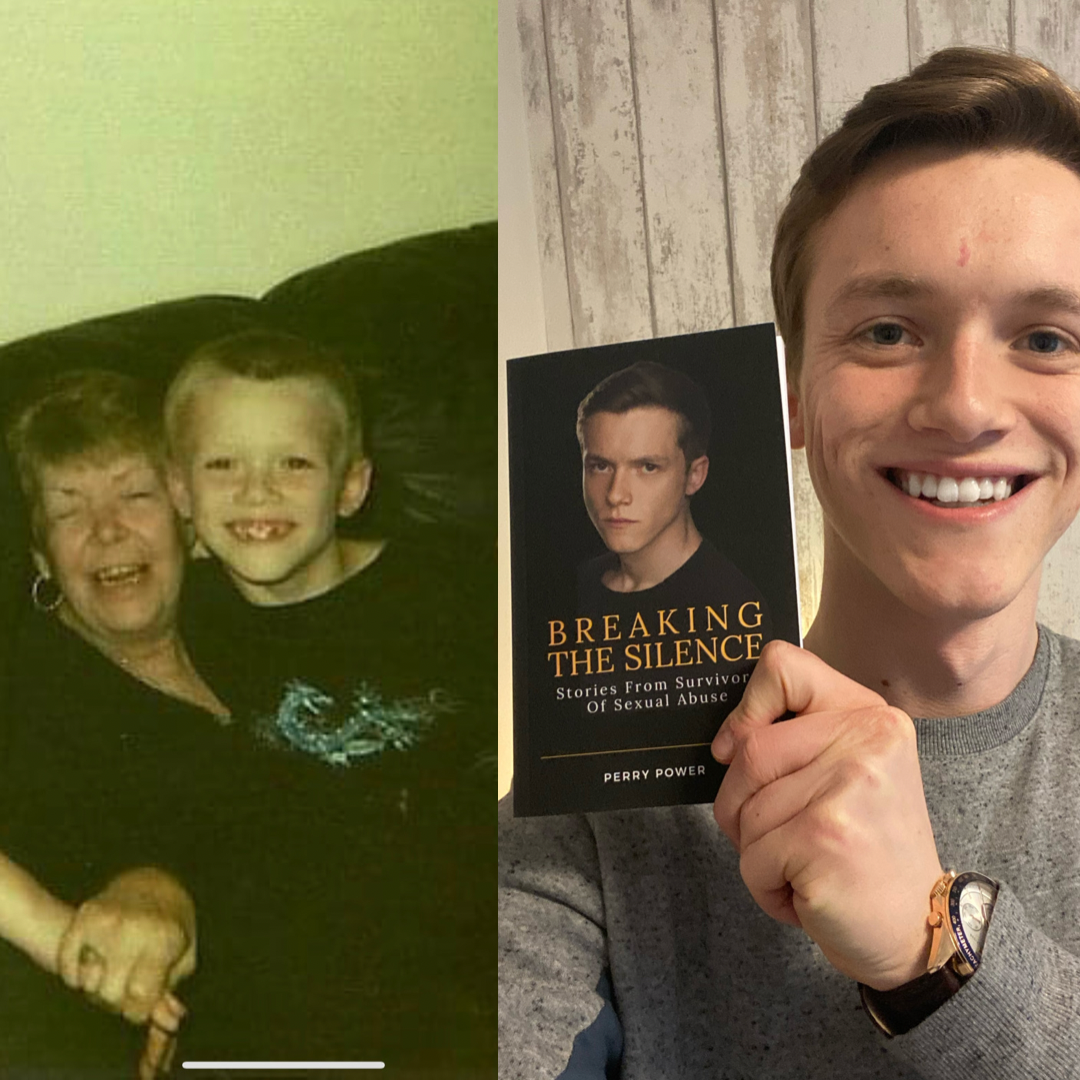 He spent a term studying drama and film at Kent University before dropping out to travel. Living independently allowed him to confront his story fully, he said.

And at 21-years-old he took his girlfriend at the time on a walk with the dog. He already knew that on this walk he would tell her everything.

Using alcohol to deal with guilt

By this point Perry already knew that others out there had suffered sexual abuse.

But what he didn't realise was that he was not alone in his family; his cousin Kelly Kavanaugh, 33, who features in his book, was also abused over a few years.

And just before Perry’s dad passed away in 2016, he sat in the car with Perry and spoke about a film they had watched – Spotlight – about sexual abuse within the catholic church. 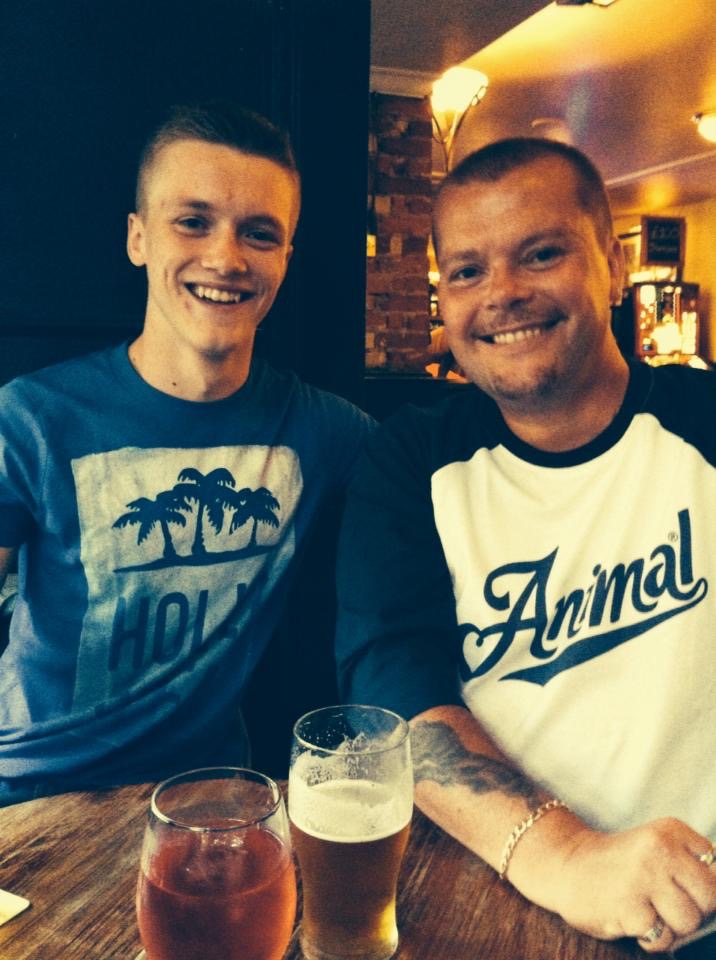 Perry’s dad reminded him of all the churches and priest schools listed in the film – and his granddad’s priest's school was on the list.

But his granddad never spoke about the abuse he experienced by the priests because, as Perry has deduced, he was a man and there were expectations to not speak out about feelings or trauma in that way.

To his utter shock, he later discovered his aunt and his dad, who turned to alcohol and sadly died in 2017, was abused by his granddad too.

At first Perry was confused. How could his dad let him be with his granddad knowing all this? How could he put him in that position? It is a question he does not and now never will know the answer to.

Every year in England and Wales, 669,000 adults are sexually assaulted every year.

Sexual abuse has been attributed to:

“I realised it made sense that he was abused growing up," says Perry. "He was silent about it.

“He found out his son was abused and asked me to keep it quiet. He lived with that silence for the rest of his life.

“If I was abused and my son got abused I would blame myself. He obviously lived with guilt and shame and he used alcohol.”

When Perry found out this bombshell information, he says he was confronted with two potential paths to deal with what happened: continue the cycle of abuse or stay silent and pretend nothing happened.

But both outcomes had failed in his life in terms of protecting others and in terms of moving forward.

So instead of following in his dad and grandad's footsteps of bottling up their trauma, he became determined to confront it; to break the destructive cycle of silence and to help others too, which is what he is doing on TikTok.

His next idea came when he watched the Netflix documentary about Jeffrey Epstein last May.

“[The victims] felt controlled. They were abused by this billionaire man who had power over everyone. How on earth can you speak out? I thought ‘Jesus, I know there’s so many people out there like these girls that can relate to this.

My dad was abused growing up. He was silent about it.

“I was controlled by my granddad who, to me, as a ten-year-old boy, was as controlling and as powerful as a billionaire man. I felt like I couldn’t speak out.

“I also didn’t know anything was wrong. He was my granddad – how can somebody within my own family be doing something wrong to me? It didn’t make sense. I never saw it.”

After he listened to the accounts of Virginia Roberts Giuffre and others he became set on writing a book: Breaking The Silence: Stories from Survivors of Sexual Abuse.

It details his own experiences of assault as well as those of 14 others, some of whom are named while others remain anonymous in their struggle. 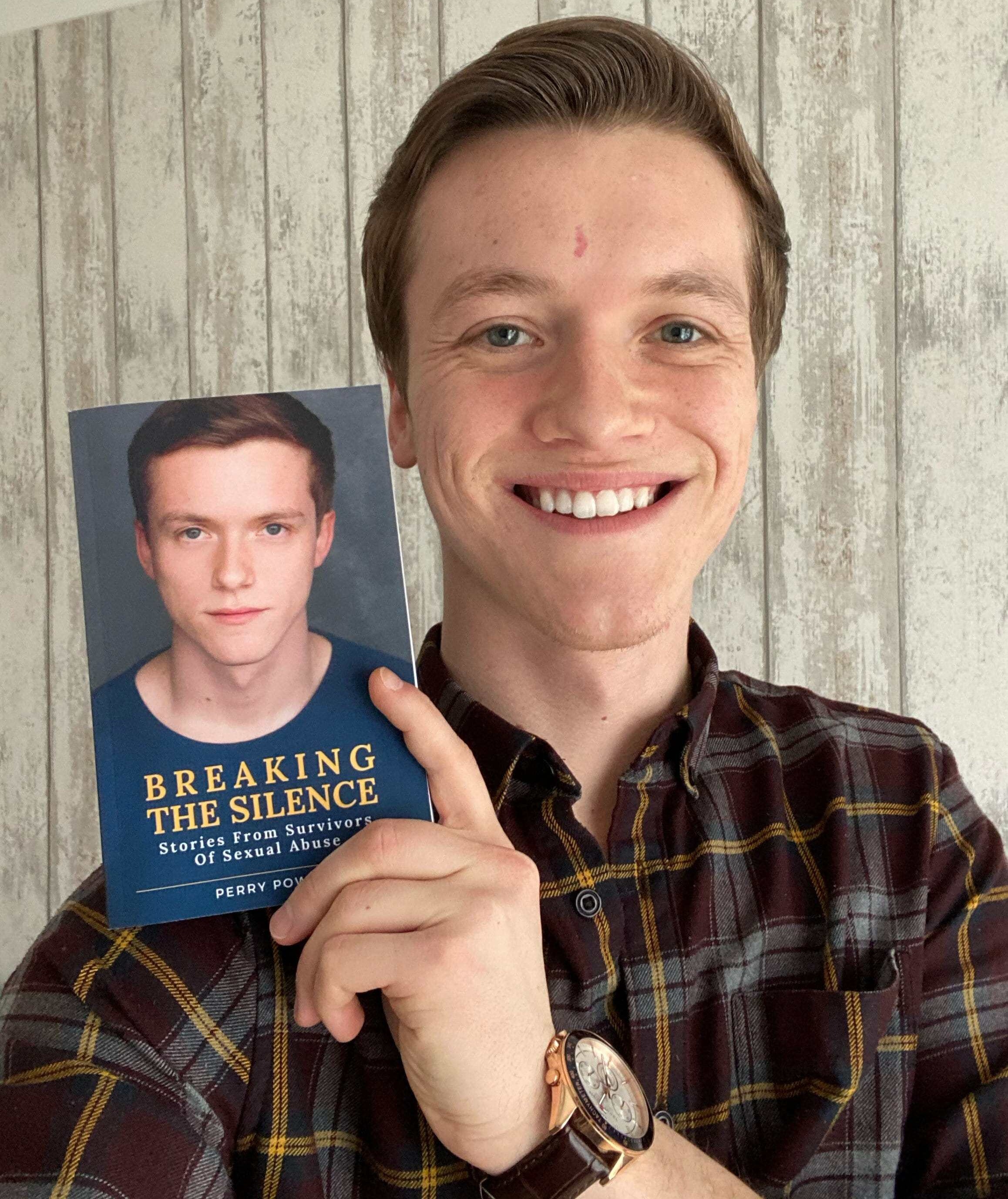 WHERE TO GET HELP

Whenever it happened to you, it’s never too late to get support.

If you’ve ever experienced sexual violence or sexual abuse, you can get confidential support from specialists who will listen to you, believe you and understand how hard it is to talk about.

As a victim, you’re entitled to support whether you report the crime or not. Your rights are set out in full in the Victims’ Code.

And in addition to his book he has also launched a charity – WeRescueKids.

Launched in partnership with two others in America, it will be providing support to victims of sexual abuse and will allow people to donate in order to sponsor a child to receive the psychological therapy they need to recover.

“Men never talk about their feelings," Perry says. "I am going to be the man that does open up and tell his story.”

Breaking The Silence – Stories from Survivors of Sexual Abuse is available to buy from Amazon.