I’LL NEVER be able to get that image out of my head – a lifeless unarmed black man who presented no threat to life, handcuffed, pinned to the floor by someone who had a duty to protect him, even in police custody.

The brutal killing of George Floyd is just as gut-wrenching as the fate of Trayvon Martin and Ahmaud Arbery and all the other killings that weren’t caught on camera. 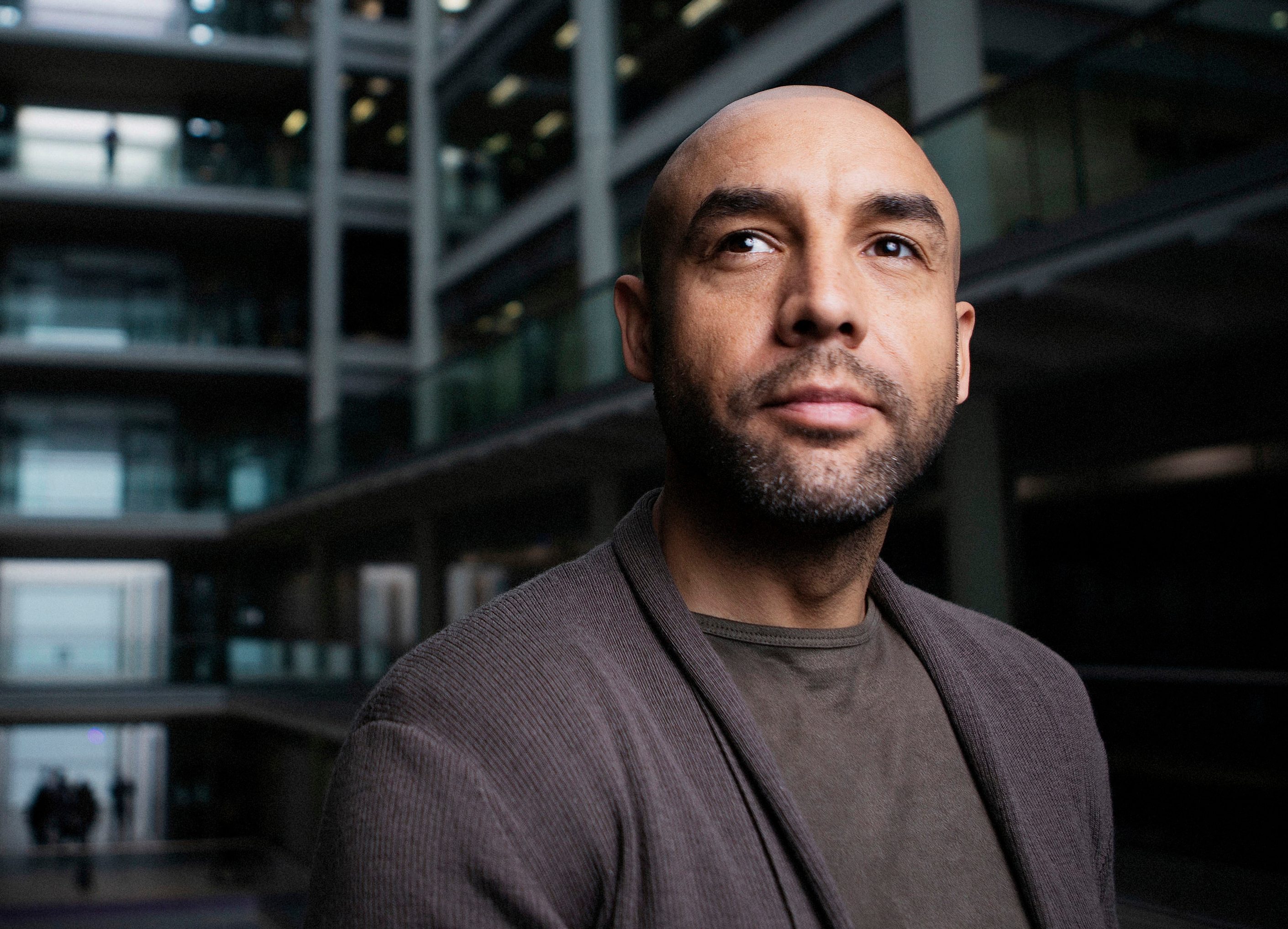 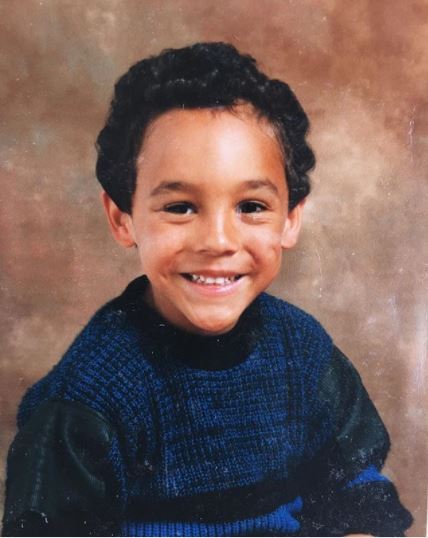 This latest death feels different and I’ve been asking myself why has it captured the world’s attention?

The coronavirus pandemic has grounded us, slowed our pace of life and forced us to see something the world can’t un-see.

For the first time, the world is not “too busy” to ignore it.

What we are seeing in the wake of George Floyd is a country igniting as protests and riots spread like wildfire across the US.

It’s heartbreaking to see a nation raging in anger and soaked in sadness.

If this feels uncomfortable to read, please understand how damaging it is to stay silent because you’re scared of how you’ll look.

It’s also unthinkable that the leader of the “free world” has stayed uncharacteristically quiet, missing the biggest opportunity to address injustice and gain the respect of African Americans with an upcoming presidential election and hopes of a second term.

Unfortunately, the rioting, although predictable if you look at history, is detracting from the injustice.

And while I would always encourage peaceful protests, racially charged riots ignite when a community feels they are backed into a corner.

This isn’t a justification for violence and looting.

But we can’t look for a solution without looking for the reason, which is drenched in systematic racism going back 400 years, that has contributed to the oppression of black people. 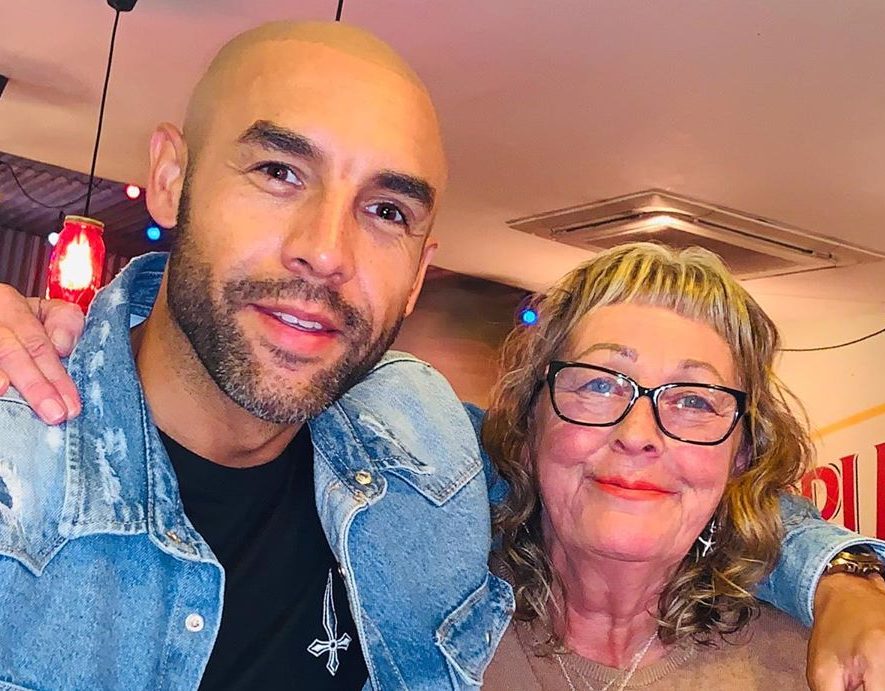 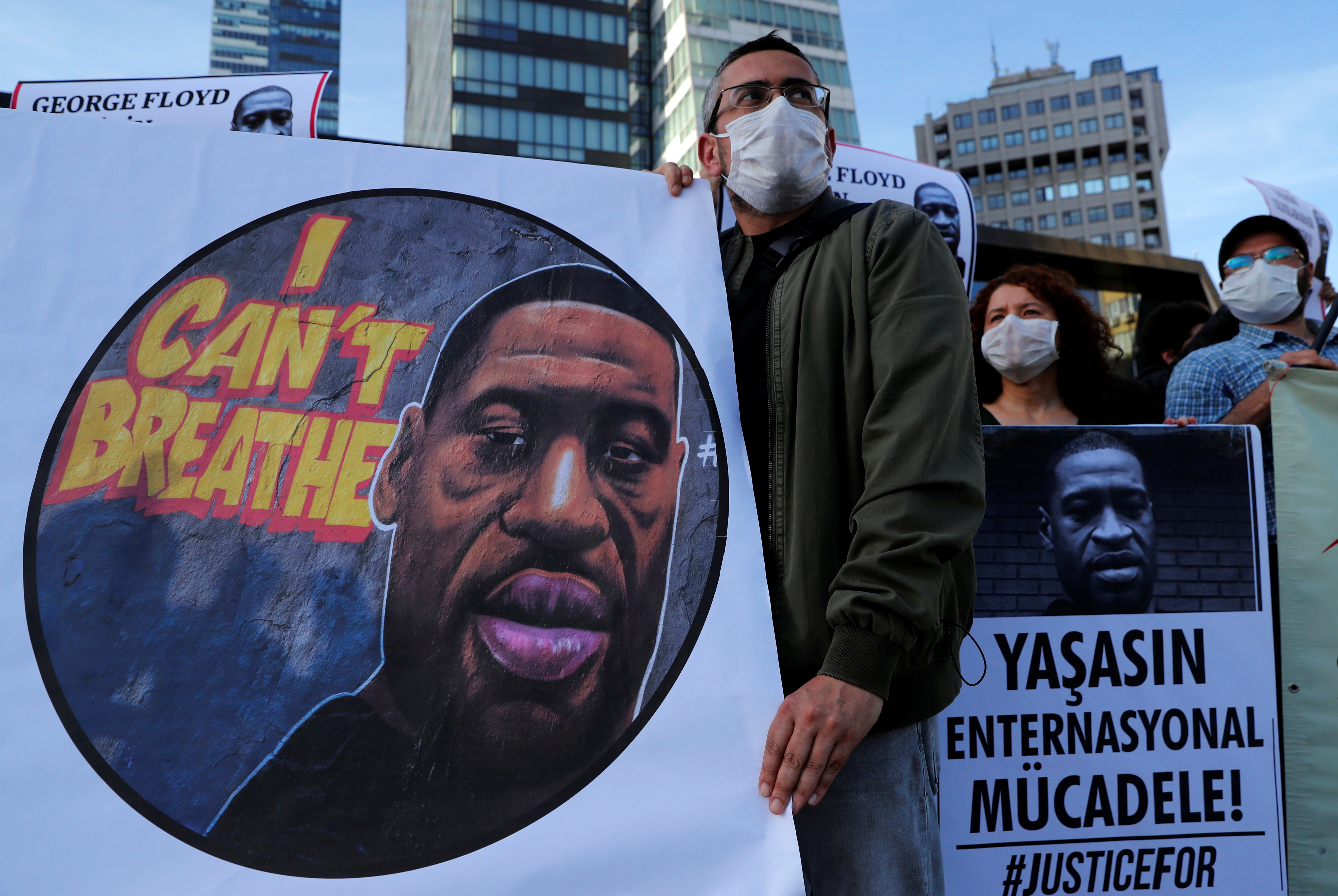 I was emotionally taken aback on Blackout Tuesday to see an unprecedented number of white and black people join the movement for the day and I salute those who were brave enough to take a stand for equality.

People often fail to engage because they feel this is not a UK problem.

There is a perception that racism which results in police brutality is “not as bad here as it is over there”.

This perception is wrong, there are many similarities.

Systemic racism has been proven to exist in these institutions.

Even as I write this I’m apprehensive about how my message will be perceived.

Innocent black people have died in police custody on both sides of the Atlantic.

The people enforcing the law don’t have a relationship with the people they are tasked with serving and protecting.

Both have been proven to use excessive force disproportionately with people of colour.

A glaring difference is US cops carry guns and we carry tasers in community policing.

Until police across the world stop policing stereotypes that are reinforced by their conscious or unconscious bias and start policing individuals, these problems will always exist. 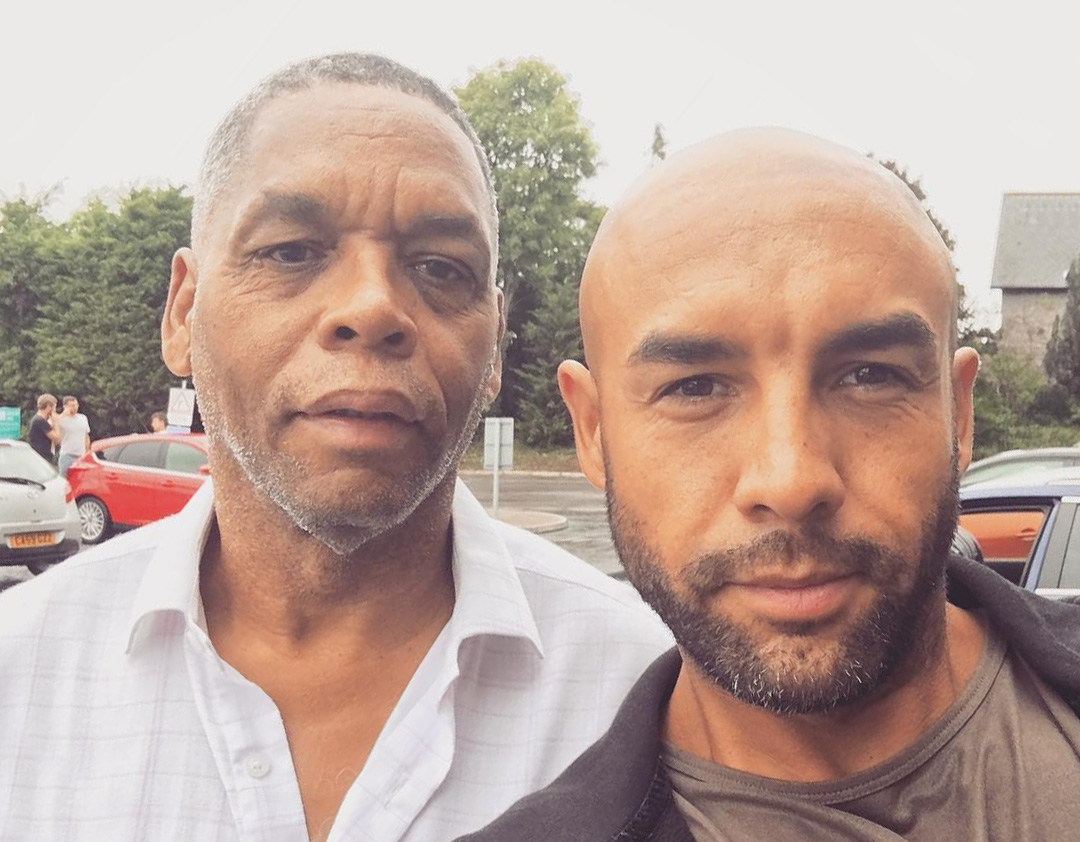 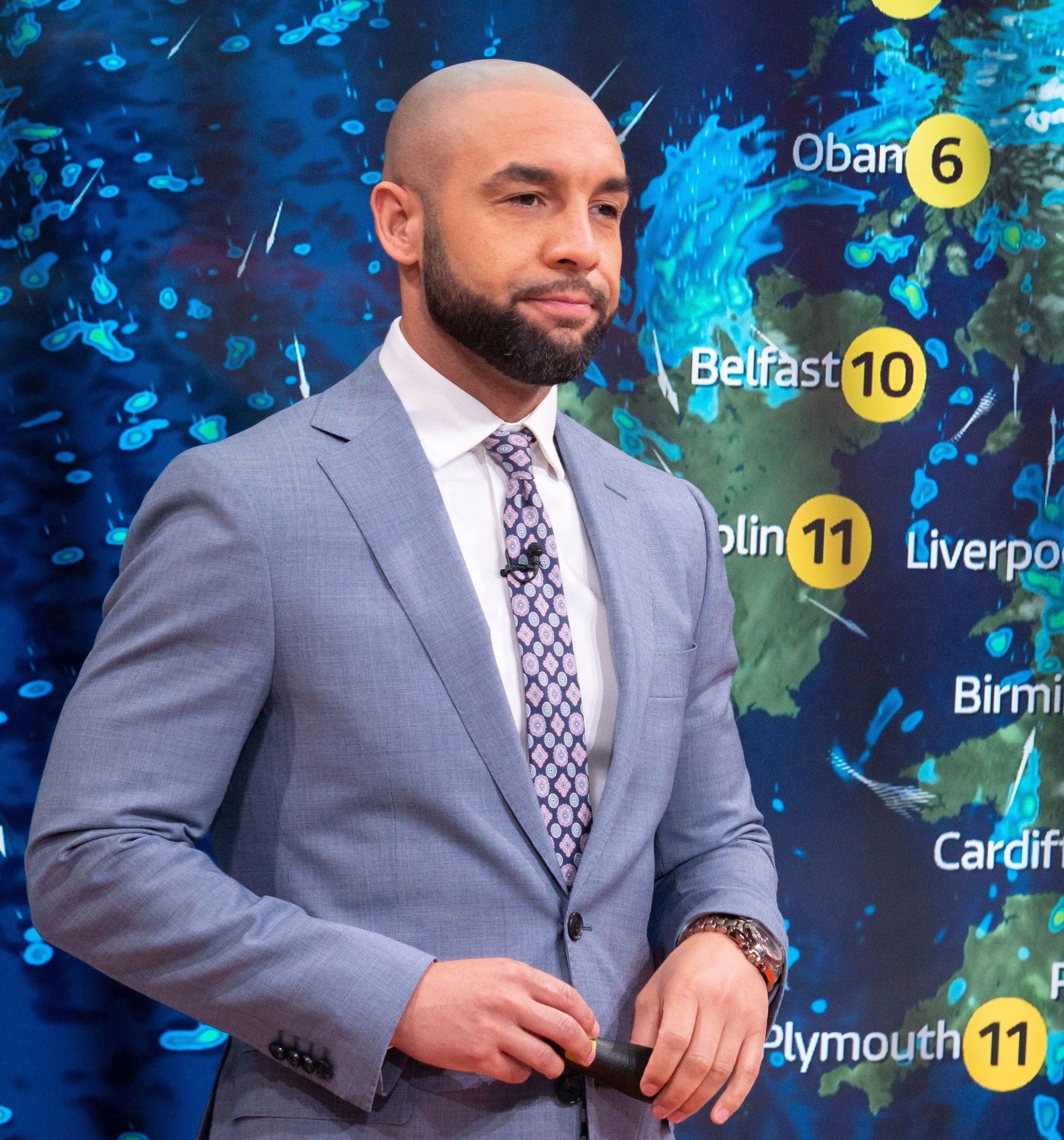 Even as I write this I’m apprehensive about how my message will be perceived. But I should write with the same confidence I would have if it was a trophy hunter with his knee buried in the neck of a dead lion.

Why should I worry about wanting to talk about equality? It’s because it feels uncomfortable talking about racism.

We shy away from accepting that it’s more prevalent than we want to believe here in Britain because most white Britons are privileged enough not to see it, and why would you? The closest thing we can all relate to is prejudice, which is not the same as racism.

Many also don’t feel confident asking the important questions for fear of causing offence, but it’s also not only the job of black people to explain racism.

We must not sweep racism under the carpet for another quiet news day. We have to get comfortable talking about the uncomfortable.

As a mixed-race man, my white mother’s life matters just as much to me as my black father’s.

We also need to stop clapping back with #alllivesmatter when we see the hashtag #blacklivesmatter.

As a mixed-race man, my white mother’s life matters just as much to me as my black father’s.

Please don’t misinterpret the slogan as “ONLY black lives matter”.

It’s exhausting having to find new ways of communicating the same message, each time hoping that this time, you’ll get it. It’s disheartening when you don’t.

It’s frustrating that despite the video evidence, you will seek to discredit the victim.

You would rather justify murder than accept our pain and suffering.

In any other walk of life, these incidents would be open and shut. 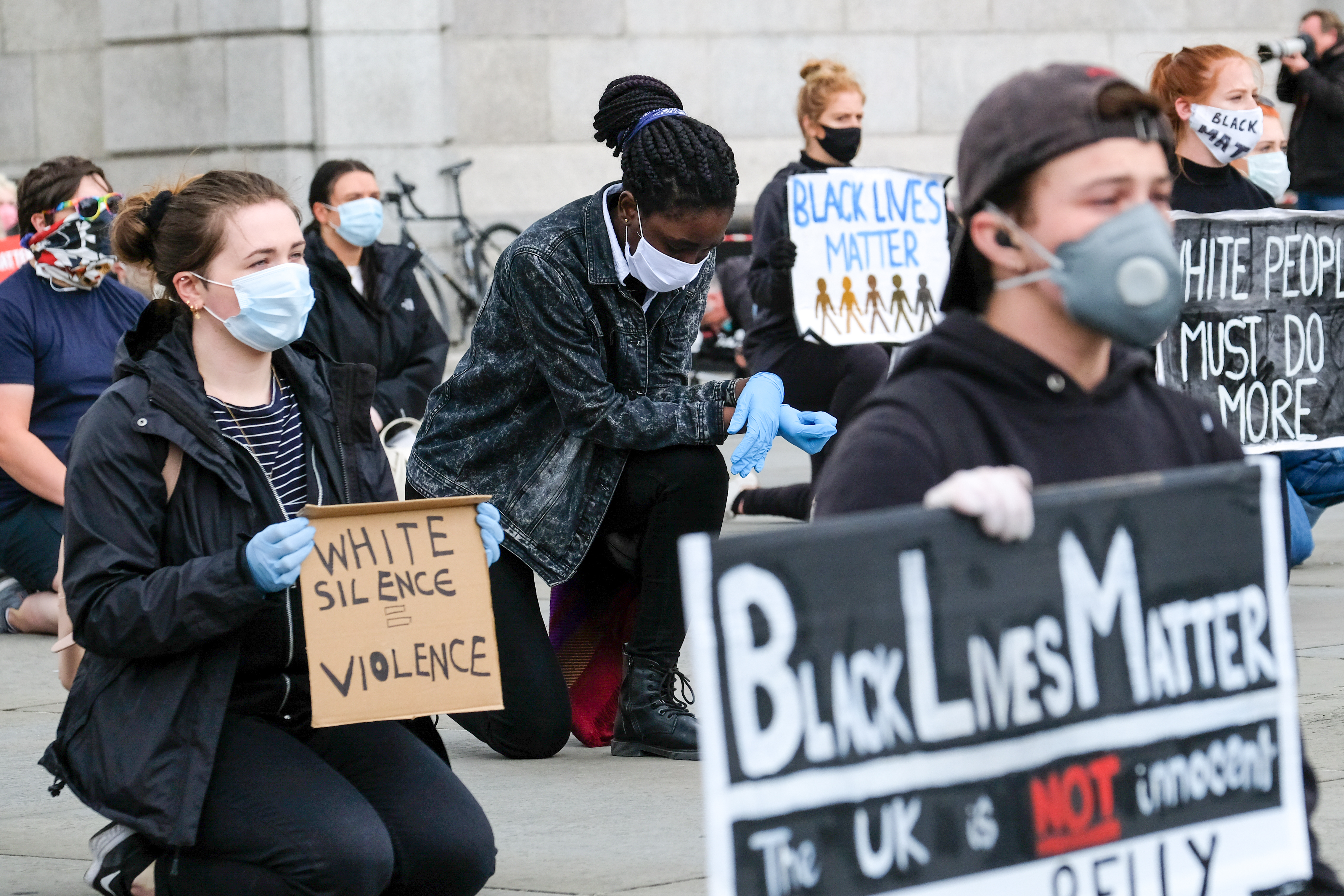 Yet time and time again we are asked to prove ourselves. It is so hard.

It is hard to prove covert racism and unconscious bias, which is often invisible to the naked eye. Being on the receiving end of racism scars you mentally. It’s traumatic. I will never forget what was said and how it made me feel the first time I was called the N-word. I was on Muller Road, Bristol.

I was 11 years old, walking home from school. It felt the same as it did then as it did last month when the same slur was directed at me on Twitter.

If this feels uncomfortable to read, please understand how damaging it is to stay silent because you’re scared of how you’ll look. The irony!

I cried earlier this week when I heard George’s young daughter joyfully say, “My daddy changed the world!”

It reminded me of a Martin Luther King quote: “Commit yourself to the noble struggle of equal rights. You will make a greater person of yourself, a greater nation of your country, and a finer world to live in.”

Derek Chauvin took away her right to a father. Let’s not let her right to be treated equal in this world die too.