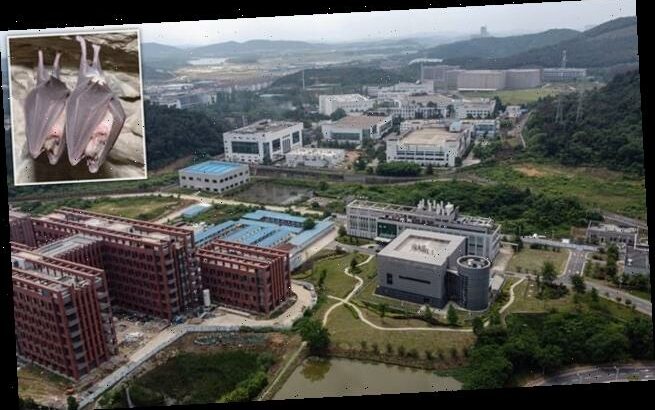 It’ll be an unforgivable insult to two million dead if the world lets China bury the truth, says IAN BIRRELL

It has taken 14 months since a sinister new disease emerged in Wuhan for the global health body responsible for protecting the world to be allowed into the Chinese city to investigate the origins of the pandemic.

The belated arrival last week of a team from the World Health Organisation (WHO) follows persistent stonewalling from Beijing officials, months of wrangling over the terms of the inquiry and unexpected visa problems.

The ten officials were granted access only after Tedros Adhanom Ghebreyesus, the WHO’s director-general who has consistently kowtowed to China, made a rare rebuke of his Beijing friends over the last-minute delays.

It is no exaggeration to say this investigation is of utmost importance for everyone on our planet and the future of humankind.

We have to understand how Covid-19 emerged so as to protect the world’s 7.6 billion population and future generations. The findings could touch on everything from our relationship with nature on a crowded planet through to the frontiers of scientific exploration and even the future of China’s appalling Communist dictatorship. 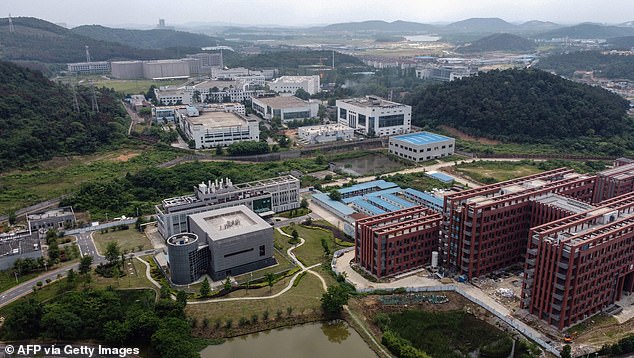 The belated arrival last week of a team from the World Health Organisation (WHO) follows persistent stonewalling from Beijing officials, months of wrangling over the terms of the inquiry and unexpected visa problems. Pictured: Wuhan Institute of Virology 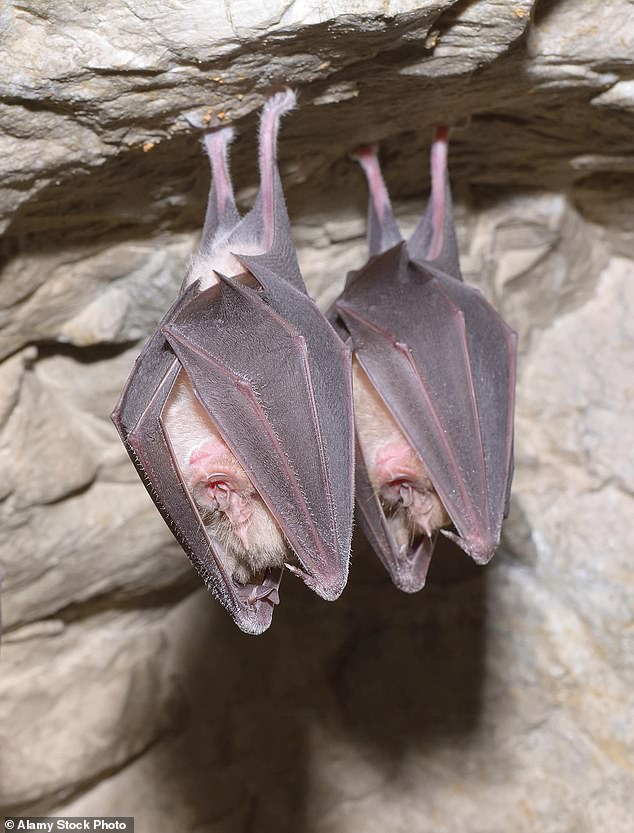 At the heart of the investigation lies one simple question: is this new virus a natural disease that spilled over from wildlife to humans – or did it leak from a laboratory in Wuhan, home to the world’s top coronavirus research unit?

This issue has led to a chilling war of words between two superpowers after Donald Trump’s childish jibes about the ‘Chinese Virus’ or ‘Kung Flu’. So now a vital scientific quest for the truth about a disease that has killed two million people and devastated the globe lies entangled in a tussle for world supremacy and the culture wars corroding many Western democracies.

I have long loathed most things about Trump yet he is not wrong to blame China and suggest a cover-up of historic magnitude.

The more I have investigated these issues for The Mail on Sunday over several months, the more my scepticism has melted.

We have no definite proof yet about the pandemic’s birth beyond its probable link to bats found in caves in southern China. We know new diseases have appeared often in history. We know that Mother Nature can be a lethal assassin as well as being beautiful and bountiful. So Sars-Cov-2 – the coronavirus strain that causes Covid-19 – might be a natural eruption.

But why did it begin in Wuhan? There is no evidence of horseshoe bats flying hundreds of miles from their Yunnan caves to the central China city. Nor has any expert found another wild creature that might have ‘amplified’ the virus from these bats before passing it to human beings.

Scientists – like journalists – should follow evidence until it is disproved, even when it leads into uncomfortable terrain. Anything else is a betrayal of their creed. But there is a growing dossier around China’s curious behaviour: the desperate cover-up; the threats against doctors who made public their concerns about the virus; the deletion of databases; the erroneous blaming of an animal market; even claims the virus came from outer space.

There is also a big question about three Wuhan laboratories where scientists work with bats and viruses – especially the Wuhan Institute of Virology, which was carrying out risky research that many have long feared might unleash a pandemic. It is well known, from grant applications and published papers, that ‘gain of function’ work has been done in Wuhan – artificially forcing evolution of viruses to advance human understanding.

Researchers were combining snippets from different strains of bat coronaviruses to increase virulence. They created chimeric diseases (new hybrid micro-organisms), sometimes using cloning techniques that show no sign of human manipulation. They injected viruses into mice with human genes, cells or tissues in their bodies. And they tried to see how bat diseases jump the species barrier. 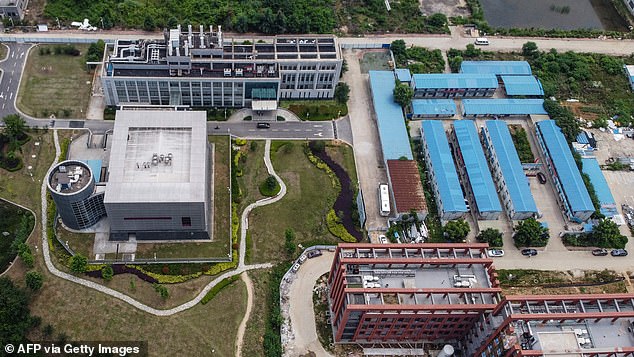 At the heart of the investigation lies one simple question: is this new virus a natural disease that spilled over from wildlife to humans – or did it leak from a laboratory in Wuhan (pictured), home to the world’s top coronavirus research unit?

We know also that Sars-Cov-2 has unusual properties. It is, for instance, well adapted to infect multiple organs in human bodies.

Then there is the ‘furin cleavage site’ – a mutation that allows its spike protein to bind to many human cells and is not found on similar types of coronaviruses.

Crucially, too, the behaviour of Shi Zhengli – the lab’s most famous scientist known as Batwoman for collecting virus samples in those Yunnan caves – raises suspicions.

Why didn’t she mention the ‘furin cleavage site’ when publishing the genetic sequence for Sars-Cov-2, despite analysing its other novel features? Why did she claim three miners died of a fungal infection in 2012 although it later emerged they died from a mysterious respiratory disease caught while clearing bat droppings in one of those caves?

Why did she obscure a link to their fatalities when publishing a key Nature paper about the closest known relative to Sars-Cov-2?

Why did she change the name of this sampled virus without any mention of her action in that influential paper, which was taken as indication of natural transmission?

Why didn’t she publish any data about her discovery of a new Sars virus? Why did she not mention eight more Sars viruses collected from the mine until she had to clarify that paper in Nature after inconsistencies were spotted? Why have their details still not been shared?

So many questions. So few answers. We do know, however, that Prof Shi was surprised by a coronavirus outbreak in Wuhan, so far from the caves – and that her first thought was whether it had escaped from her lab.

We know also that there can be leaks from labs working with microscopic pathogens – and that the Wuhan lab chiefs had voiced safety concerns.

None of this equates to proof. But the WHO’s task is to find the truth. Unfortunately, this arm of the United Nations, which employs many dedicated staff doing essential work, is shackled by geo-politics and failing in it duty to protect public health.

Once this pandemic is under control, we need a new global health body with funds, independent leaders and the ability to respond faster.

The organisation’s current boss, the former foreign minister in a brutal Ethiopian government, took over from a Chinese doctor, Margaret Chan, whose own tenure was tainted by a failure to deal properly with the 2014 ebola epidemic in west Africa. She now sits on a key Communist Party advisory body.

I saw the horrors of this disease in Liberia at the height of that outbreak. WHO officials slapped down warnings from the charity Médecins Sans Frontières, even refusing to help fix visas for experts. Shamefully, they never learned. With Covid-19, they stayed silent on China’s early cover-ups that led to such disastrous consequences. They also helped propagate false claims that denied human transmission and were painfully slow to declare a global health emergency.

Yet the WHO’s inquiry will merely build on reports by scientists working under this repressive and deceitful Communist dictatorship rather than carry out their own investigations. The WHO even allowed Beijing to vet its experts – with disquiet over the role of Peter Daszak, a controversial British scientist who is a long-term scientific collaborator with the Wuhan Institute of Virology and who led efforts to dismiss talk of a possible lab leak as conspiracy theory.

The US State Department is right to turn up the heat on the WHO. For if it fails to investigate every possible cause of this pandemic, it is insulting the two million people whose lives the virus has taken.