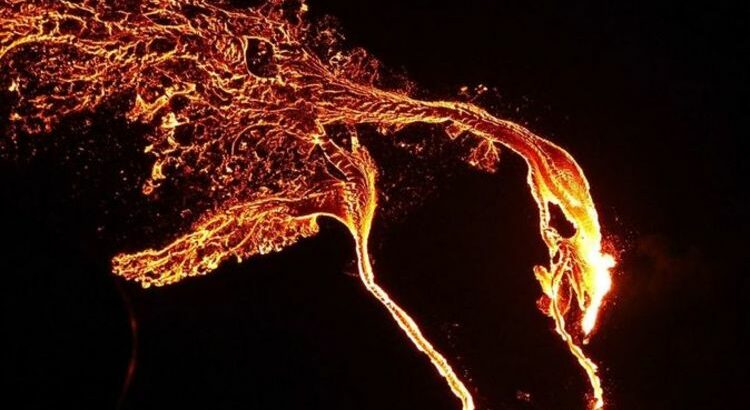 The eruption at Geldingadalur, near Fagradalsfjall, comes after more than 40,000 earthquakes were recorded in the region in the past three weeks. The Icelandic Meteorological Office (IMO) said the eruption began on Friday night and is continuing into the weekend.

The IMO said the fissure, which is part of the Krysuvik volcanic system is about 500 to 700 metres long.

Images of lava snaking across the peninsula have been captured.

A coastguard helicopter was sent to survey the area, about 30km (19 miles) from Reykjavik.

Rannveig Gudmundsdottir, who lives in Grindavik, 8 km (5 miles) from the eruption, said: “I can see the glowing red sky from my window. 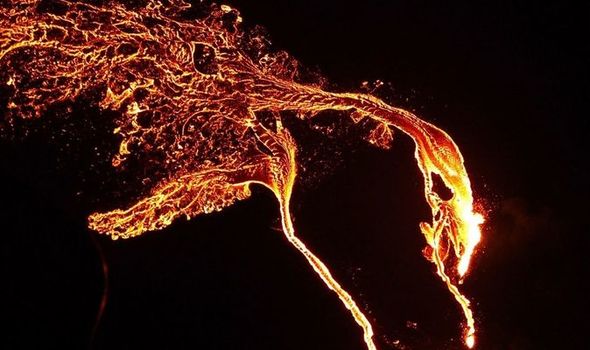 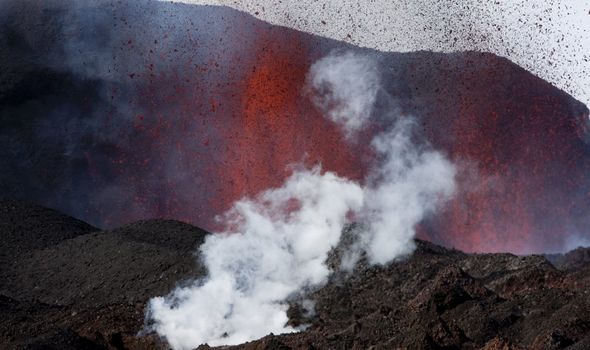 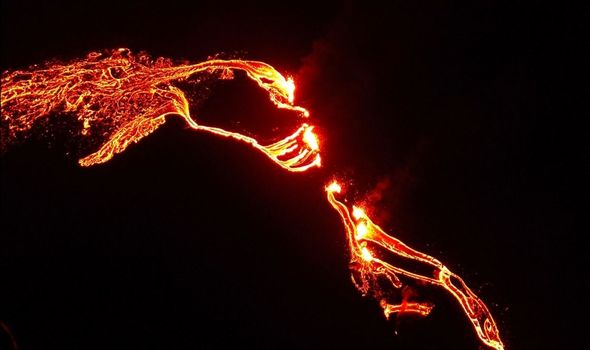 “Everyone here is getting into their cars to drive up there.”

Shortly before the eruption, a magnitude 3.1 earthquake was recorded in the area.

The meteorological office said there was no current seismic activity.

Seismic activity had quietened in recent days, leading geologists to think an eruption might not happen. 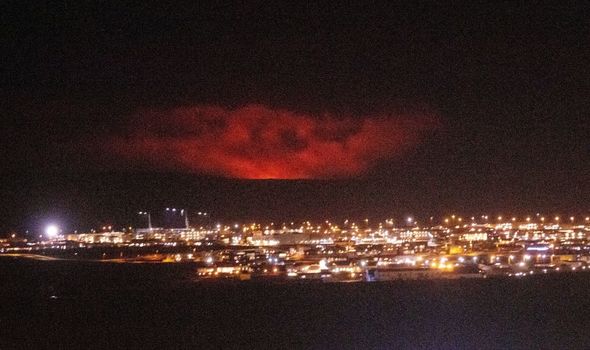 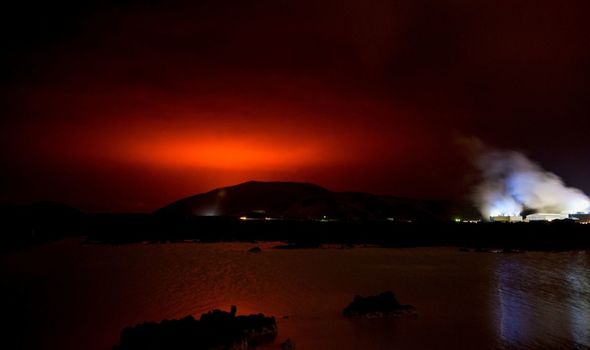 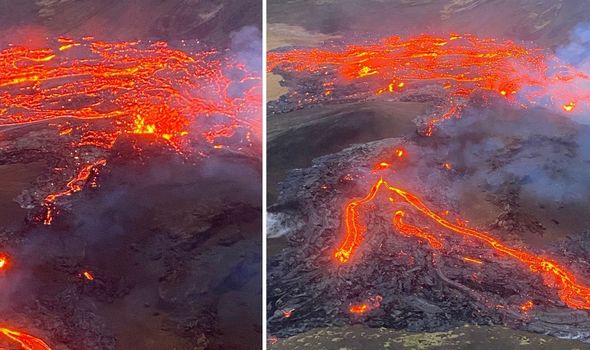 A no-fly zone has been established in the area as the eruption continues.

The IMO said: “Additional domestic restrictions have been put in place, including the closure of Reykjanesbraut – the main road from the capital region to Reykjanesbær and the international airport at Keflavík.”

The aviation code for the Reykjanes Peninsula has been elevated to red, “in line with well-rehearsed contingency plans” the meteorological office said.

However, this current eruption is not expected to spew out much ash or smoke, so aviation should not suffer disruption. 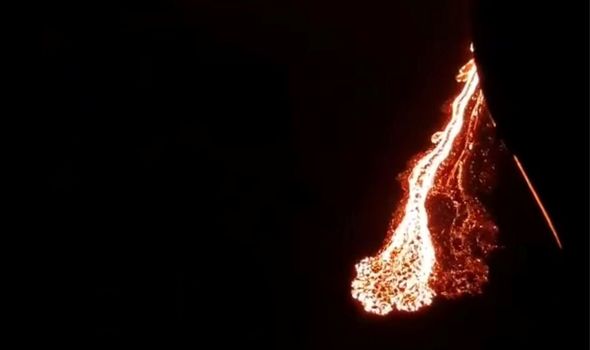 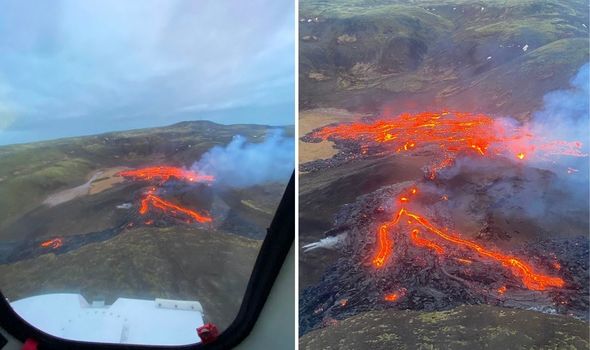 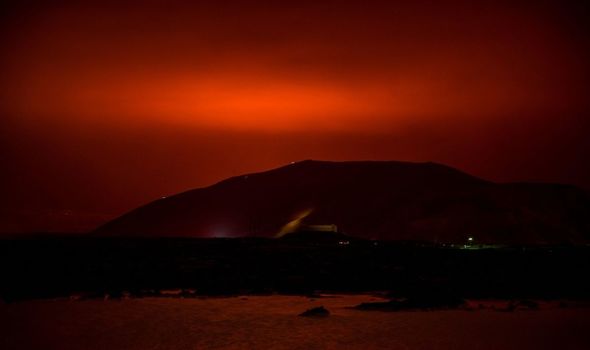 The office said: “There are presently no reports of ashfall, although tephra and gas emissions are to be expected.”

In 2010, the eruption of another volcano, Eyjafjallajokull, brought air traffic to a halt across Europe.

The 2010 eruption, however, was explosive, sending huge ash clouds into the air and impacting air travel.

Today’s eruption is known as an effusive eruption when lava flows steadily out of the ground.

While Iceland’s Keflavik international airport, the country’s largest, and the small fishing port of Grindavik are only a few kilometres away, the area is uninhabited and the eruption is not expected to present any danger. 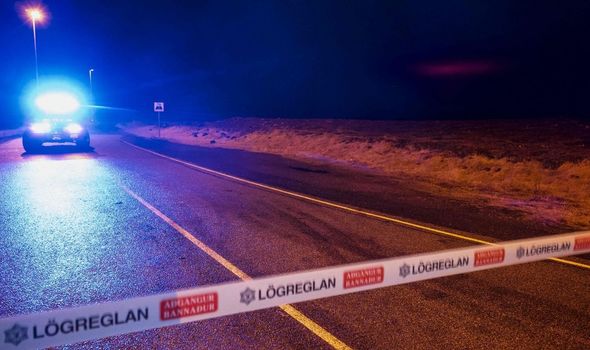 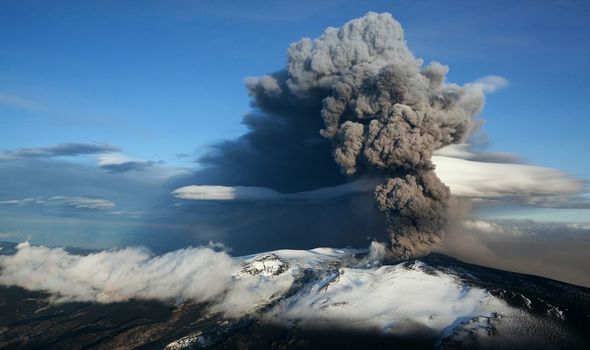 The area had been closely watched over recent weeks
after a magnitude 5.7 earthquake was registered on February 24 on the outskirts of Reykjavik, followed by an unusual number of smaller tremors – more than 40,000 were recorded.

That number is the highest since digital recordings began in 1991.

Iceland is a seismic and volcanic hotspot, located between the Eurasian and the North American tectonic plates.

The two plates are drifting in opposite directions, leading to plenty of activity.