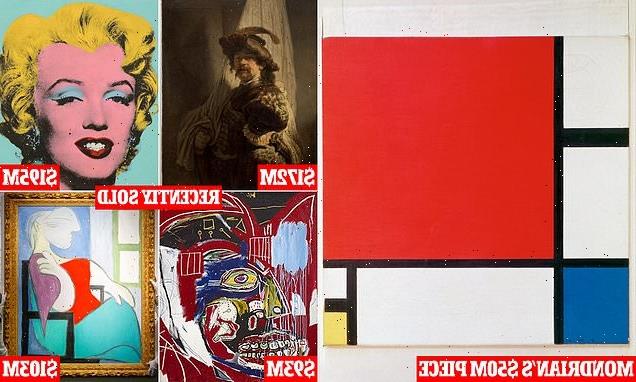 A painting by Dutch artist Piet Mondrian being sold by a private seller is expected to go for over $50 million when it goes to auction at Sotheby’s in November, as art prices skyrocket amid a post-pandemic industry boom.

Mondrian’s 1930 painting ‘Composition No. II’ would be sold for more than twenty times higher than the last time it was sold in 1983 to a private Japanese collector for $2.1 million, which would be around $6.4 million in 2022 dollars.

The sale comes as the art collecting industry sees a revival after the pandemic, with art sales rising 29% from 2020 to 2021 and raked in $65.1 billion, aided by the rise of online sales and traditional public auctions.

The Mondrian piece is one of his best works from his most famous era and features his penchant for abstract art combined with signature heavy black lines and primary colors. 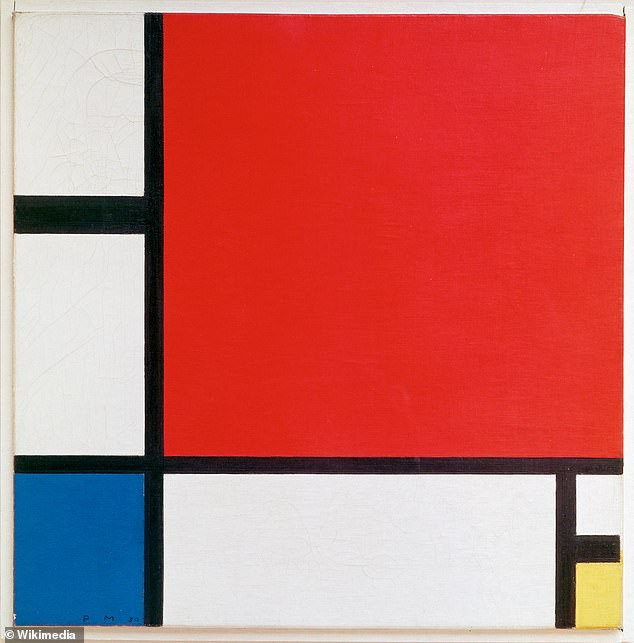 Piet Mondrian’s 1930 painting ‘Composition No. II’ is set to sell for over $50 million when it goes to auction at Sotheby’s in November 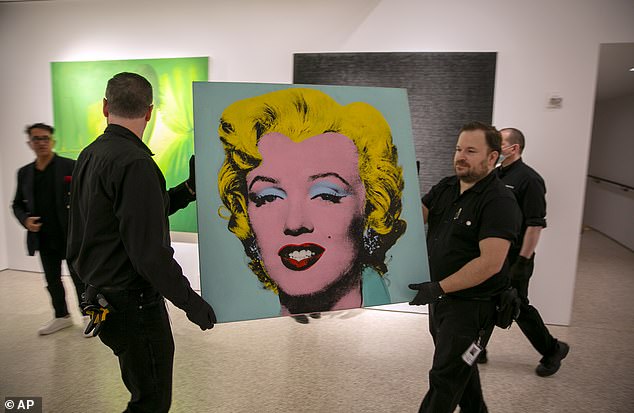 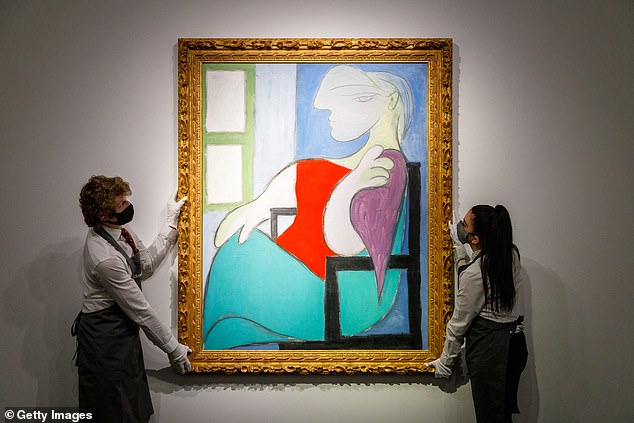 Pablo Picasso’s Femme assise pres d’une fenetre (Marie-Therese) is the most expensive painting sold so far in 2022, raking in $103 million 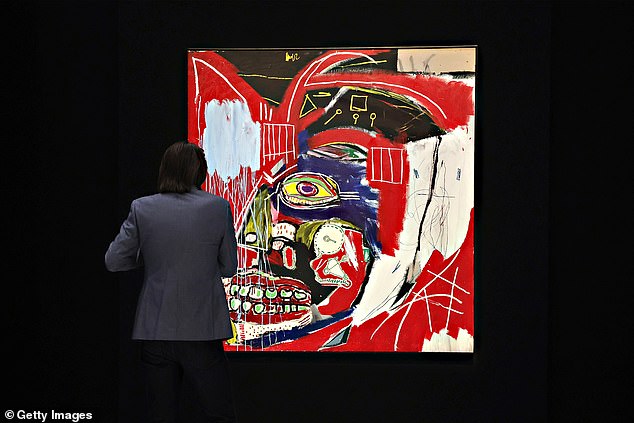 ‘In This Case’ by Jean-Michel Basquiat sold for $93.1 million at Christie’s in 2021, the largest fee ever paid for a Basquiat work

Mondrian’s art has seen a surge in value since he has become more widely recognized as an artist ‘who fundamentally altered and forever expanded our perceptions of art,’ according to Julian Dawes, Sotheby’s Head of Impressionist & Modern Art in New York.

The artwork has a chance to become the artist’s priciest piece, as his current most expensive artwork, ‘Composition No III, with Red, Blue, Yellow and Black,’ sold for $50.6 million in 2015.

Dawes says ‘Composition No. II’ will be sold in a frenzied art market that barely resembles the last one the piece was sold into in 1983, which was ‘vastly different and far less global and competitive.’

Many investors see artwork as a safer investment vehicle than traditional stocks or property as those markets become increasingly uncertain, and DollarSprout reports artwork investments have an average return of 7.6%.

The market is further encouraged by the recent sale of works and collections for eye watering amounts, including real estate tycoon Harry Macklowe and ex-wife Linda’s collection that went for a total of $922.2 million.

The couple’s collection, which included works by Mark Rothko, Andy Warhol and Gerhard Richter, was sold off at Sotheby’s in New York City in two separate auctions. The previous record was held by banker David Rockefeller and his wife, Peggy, who sold off their $835 million collection in 2018.

That same month, Shot Sage Blue Marilyn by Andy Warhol, became the most expensive single piece of art ever when it was auctioned off to an unknow buyer at Christie’s for over $195 million.

In 2017, Leonardo da Vinci’s ‘Salvador Mundi’ sold for a whopping $450 million after being estimated to sell for $100 million, further encouraging dealers to buy in and reap the rewards.

Late Microsoft co-founder Paul Allen also has one of the most valuable collections ever assembled including works from Edward Hopper, Georgia O’Keefe and Claude Monet.

Allen’s collection is expected to bring in over $1 billion in sales and will be shown this November at Christie’s in an auction called ‘Visionary: The Paul G. Allen Collection.’

In 2015, he told Bloomberg: ‘To live with these pieces of art is truly amazing. I feel that you should share some of the works to give the public a chance to see them.’ Allen said in the same interview that his art collection was a ‘very, very good investment for me.’

Following Allen’s death, it was revealed that he was the anonymous buyer of Monet’s haystacks painting titled Meule in 2016. The painting sold for $81.4 million.

But external sales of NFTs dwarfed both the auction houses, as NFT owners selling their works via blockchains raked in an outrageous $11.1 billion in sales, a massive increase from just $4.6 million in 2019.