A FOOLISH owner let her dog drown in a swimming tank assuming he'd be able to swim while she filmed him for a social media video.

The French bulldog quickly ran out of energy and sank to the bottom of the tank at 'PP' pet shop in Fujan, China. 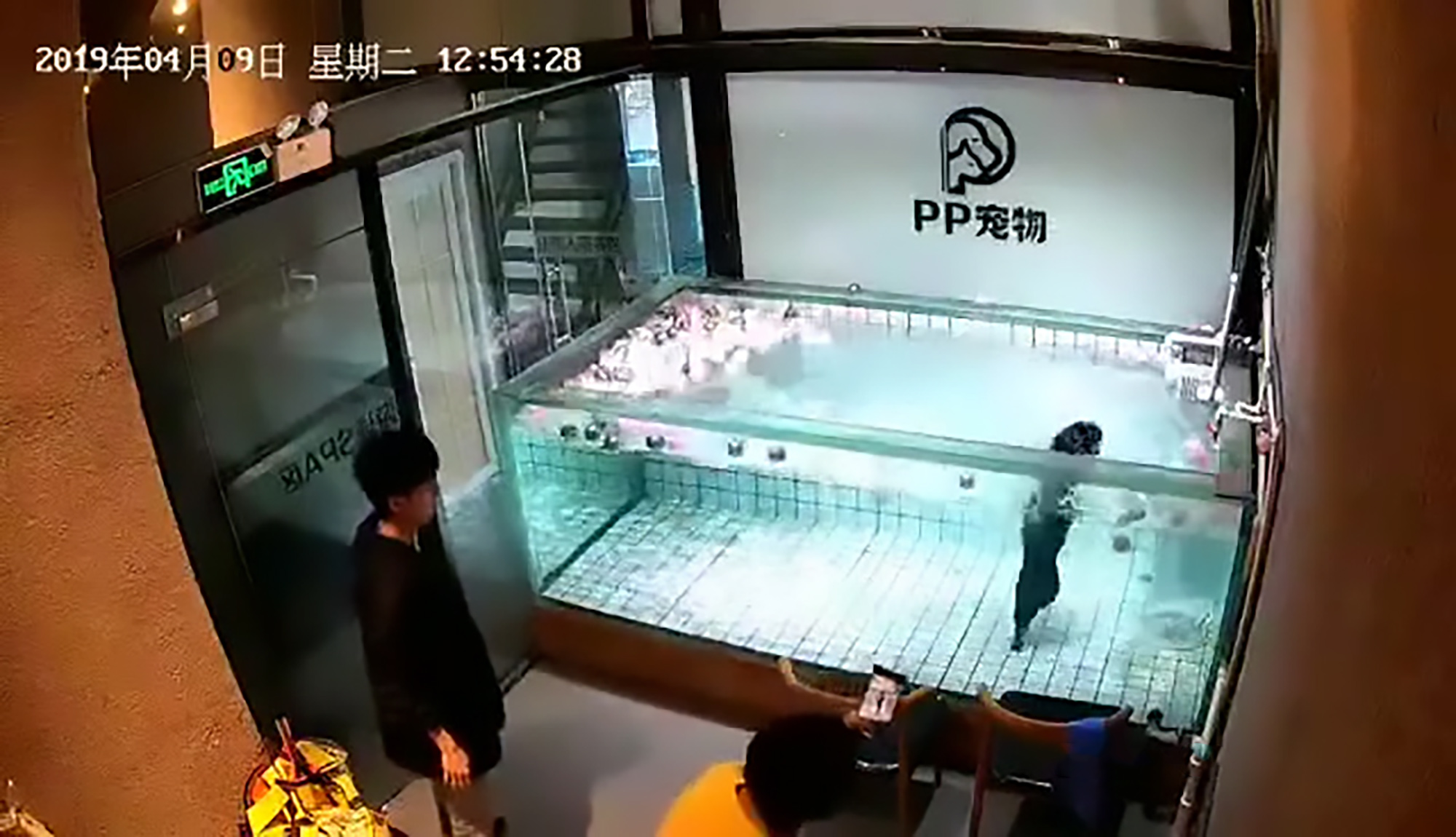 The owner claimed her dog had an injury, so she wanted to help it exercise in the water.

But seconds into the swim, the bulldog became visibly distressed, struggling to stay afloat.

As the dog fights to keep moving, the clueless owner appears entertained and mocks her pet.

But her emotions quickly turn from joy to panic and fear as the dog appears lifeless.

Pet shop manager, Mr He, said the pooch could not be revived, and was pronounced dead at the scene.

His shop took responsibility for the incident, paying for the dog’s funeral and cremation.

The owner of the French bulldog also demanded £1,700 in damages.

“But when I got home that night, her video showing her drowning dog was all over the internet, and suddenly we were the ones being blame."

Mr He later released CCTV footage from his shop hoping to add some perspective to the incident.

He said: “As you can see in the video, our staff member immediately went to save the French bulldog as soon as it became clear that it was drowning.

“But from beginning to end, the owner doesn’t do a single thing and keeps filming even as our employee is trying to save her dog."

He has accused the woman of acting in bad faith by making the footage public and damaging the shop’s reputation as a result.

The pet shop said it would consider suing the owner of the French bulldog. 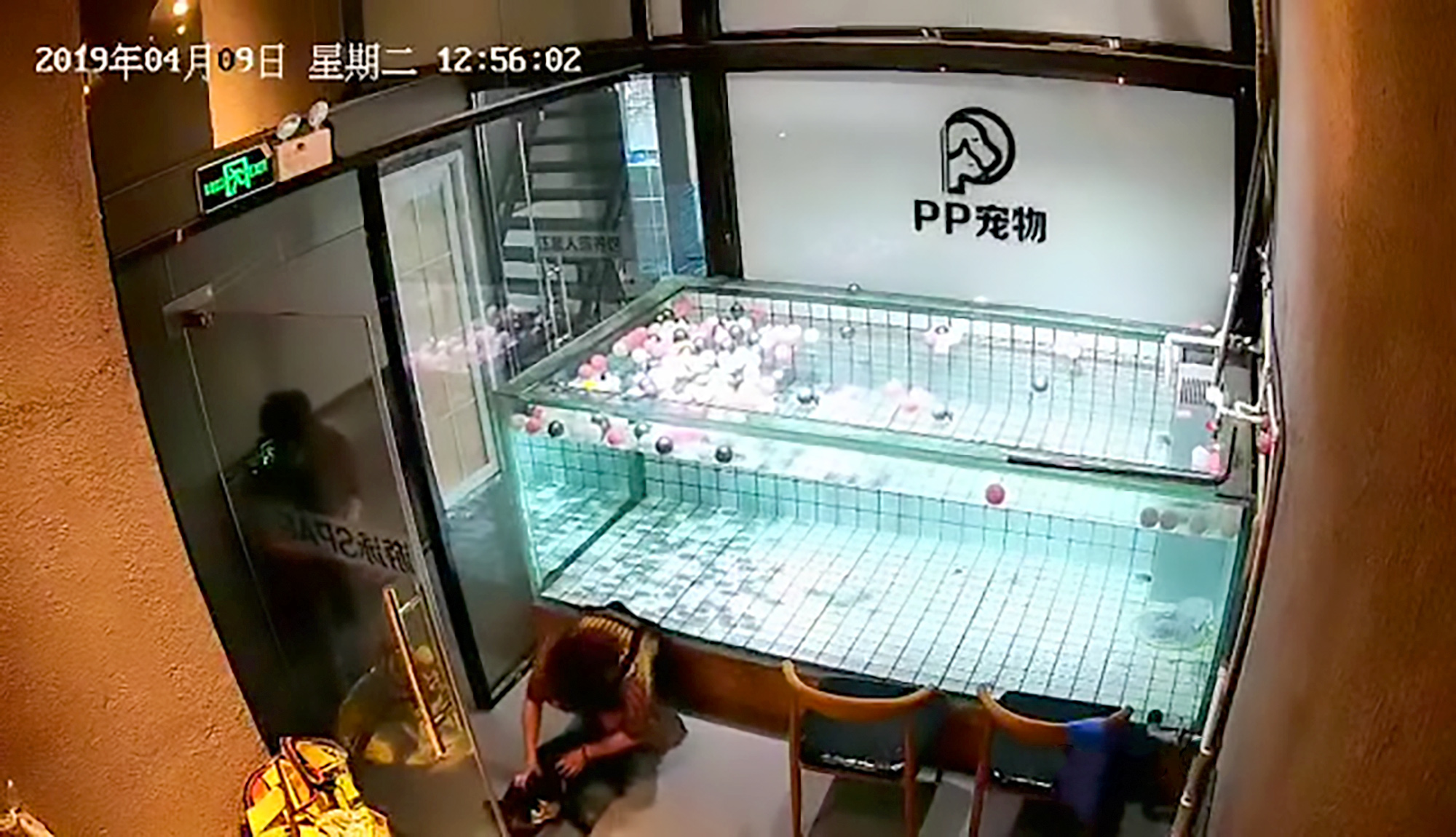 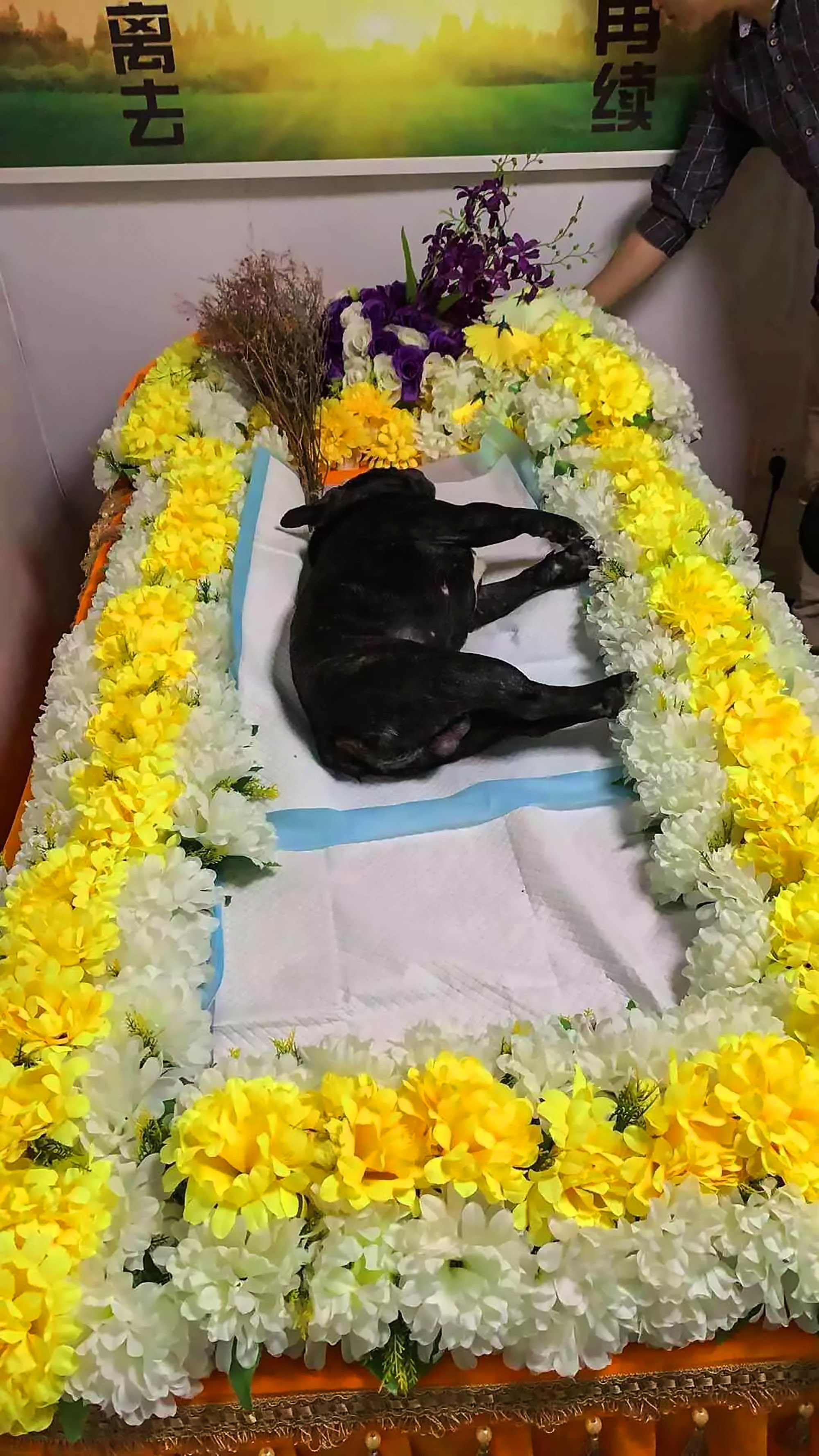