London: The new Sir John Monash Centre at Villers-Bretonneux is a beautiful thing, with a clever architectural design and cutting-edge digital bells and whistles. 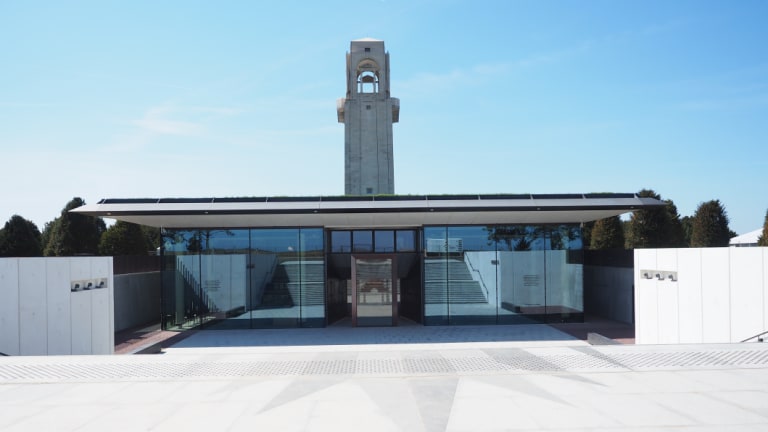 The Sir John Monash Centre at Villers-Bretonneux nestles into the earth behind the Australian National Memorial.

But it would have to be, given the price tag.

The design and $100 million budget for the museum were revealed by then-prime minister Tony Abbott the day after Anzac Day, 2015.

The Western Front “is where our thoughts must dwell if we are truly to remember our forebears, pay homage to their sacrifice and honour their achievements”, he said.

“It should be better known, to everyone; and thanks to our work today, it will be.” 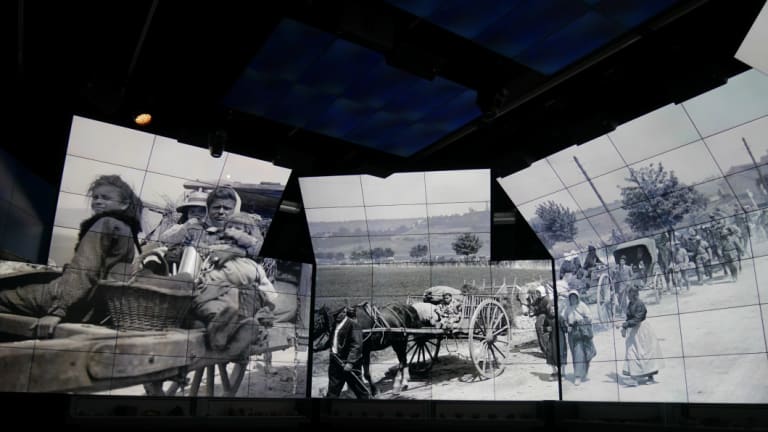 A multimedia temple? The Sir John Monash Centre, set on the grounds of the Villers-Bretonneux Military Cemetery.Credit:Nick Miller

He said the new commemorative centre would cost $100 million.

“You mean $10 million, yeah?” a sub-editor queried, when I filed my story from Abbott’s visit to Villers-Bretonneux.

Since then, the project has been repeatedly criticised.

Behind the scenes, several people associated with the centre questioned the cost, when contrasted to what it would contain and achieve.

Acclaimed author Richard Flanagan criticised the “growing state-funded cult of Anzac” which would see $1.1 billion spent by the Australian government on war memorials between 2014 and 2028.

“When veterans struggle for recognition and support for war-related suffering, you begin to wonder what justifies this expense, this growing militarisation of national memory,” Flanagan wrote.

“The Monash Centre, for all its good intentions, for all the honour it does the dead, is at heart a centre for forgetting.”

The plans for the centre were rubber-stamped by a parliamentary committee in 2015 based on a sole submission – from the Department for Veterans Affairs which had been developing the project in various forms for years.

But even with this one-sided input the committee questioned the museum’s design.

It is an underground bunker full of screens displaying interactive multimedia and video.

In contrast, the village museum in Villers-Bretonneux is jam-packed with artefacts from the battlefield, letters and uniforms (and recently renovated thanks to a generous donation from Australia).

Its cousin up the road is a long way to come to watch a video, however pretty.

And it seems the government was too optimistic that others would take a different view.