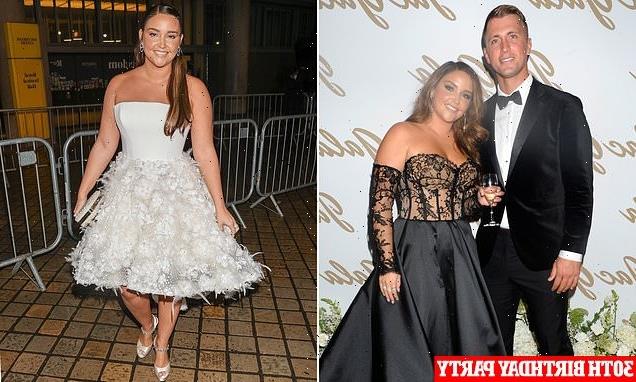 I’m A Celebrity winner Jacqueline Jossa was reduced to tears after her ‘magical’ 30th birthday descended into chaos when her husband was arrested over a ‘nasty mass brawl’.

Jossa, who also starred on EastEnders from 2010 to 2018, was said to be beside herself by the end of the November 6 party.

A spokesman for her husband Dan Osbourne, 31, told The Sun he intended to clear his name in the wake of his arrest, adding he ‘felt provoked’ during the incident.

Osborne is accused of both grievous bodily harm and actual bodily harm following the 3am brawl, while sources told the publication one of Jossa’s cousins, 21, was among the injured. 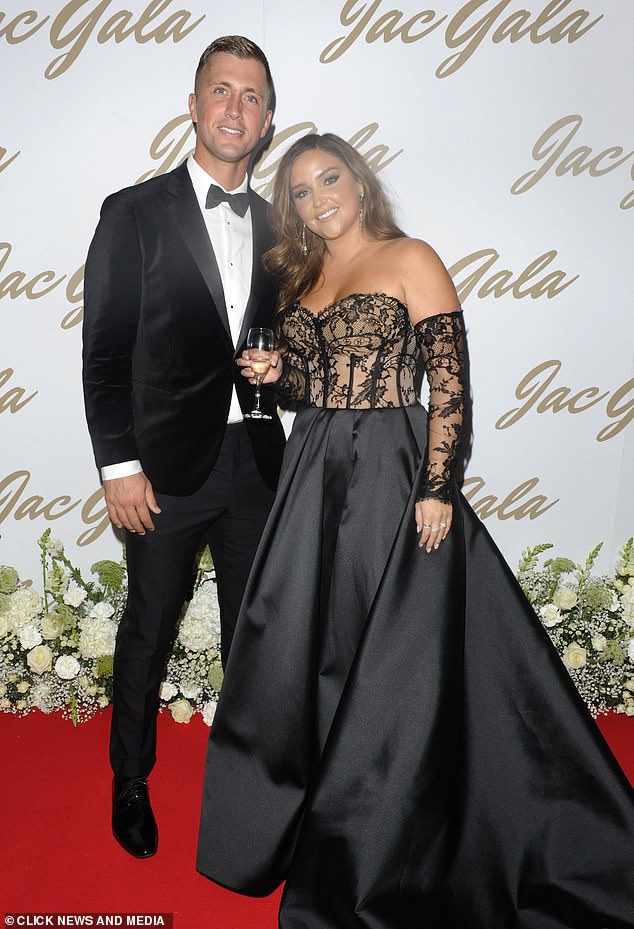 Jossa, who also starred on EastEnders from 2010 to 2018, was said to be beside herself by the end of the November 6 party, despite sharing happy pictures of the evening on social media

One guest was taken to hospital with a broken jaw and reportedly too injured to provide a police statement.

‘It was a mass brawl that turned really nasty. A number of partygoers have been badly injured. One guest required facial surgery,’ the source said.

‘Jac was crying because her dream birthday do turned sour.’

It’s understood police are trying to obtain CCTV footage of the fight, which broke out in the couple’s garden, as part of the ongoing investigation.

Osborne, a former Towie and Big Brother cast member, was reportedly kept in custody for the remainder of the night and released on bail the following afternoon.

Essex Police said: ‘A 31- year-old man arrested has been released on bail until January 26.

‘He was arrested on suspicion of GBH with intent and ABH.’

In spite of the drama, the couple appeared loved-up after the party, both separately sharing sweet pictures of the event on their respective social media pages.

Osborne captioned his picture: ‘I love you’, which attracted a response from his wife which read, ‘My goodness, I love you!!’.