Fantastic little foxes! Enchanting images capture a glimpse into the lives of wild foxes and their adorable cubs in Finland

These enchanting images capture a rare glimpse into the lives of wild foxes – who trusted a wildlife photographer to enter their forest lair.

The bushy-tailed creatures look almost like characters from a fairy tale as they’re pictured playing, hunting and feeding their young.

Ossi Saarinen, 21, spent months growing close to the foxes before being rewarded with the set of pictures which truly capture their natural beauty. 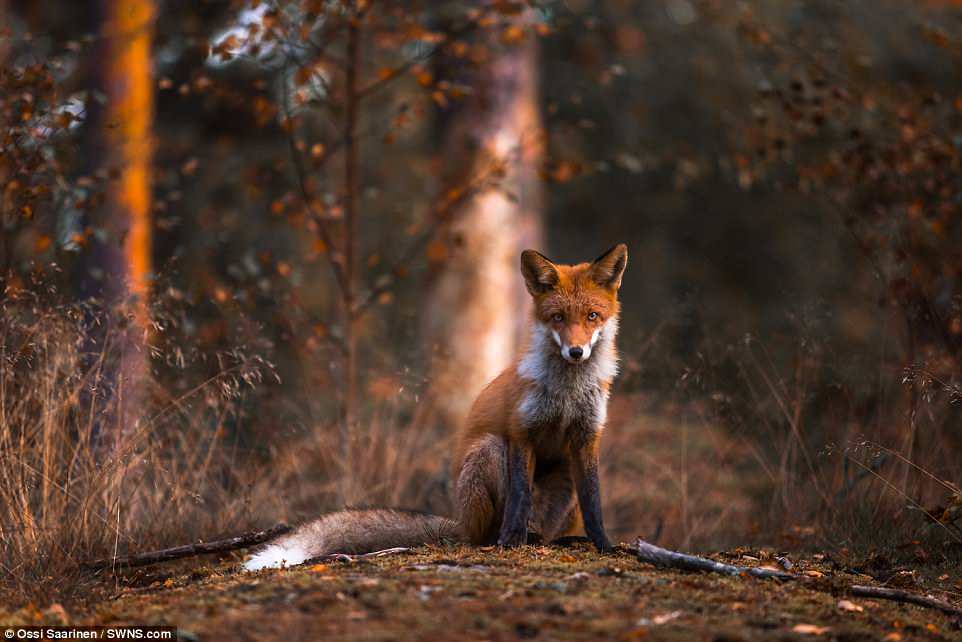 A wild fox staring at Ossi Saarinen, in Sipoonkorpi forest, Finland. His month of patient work was rewarded with these pictures 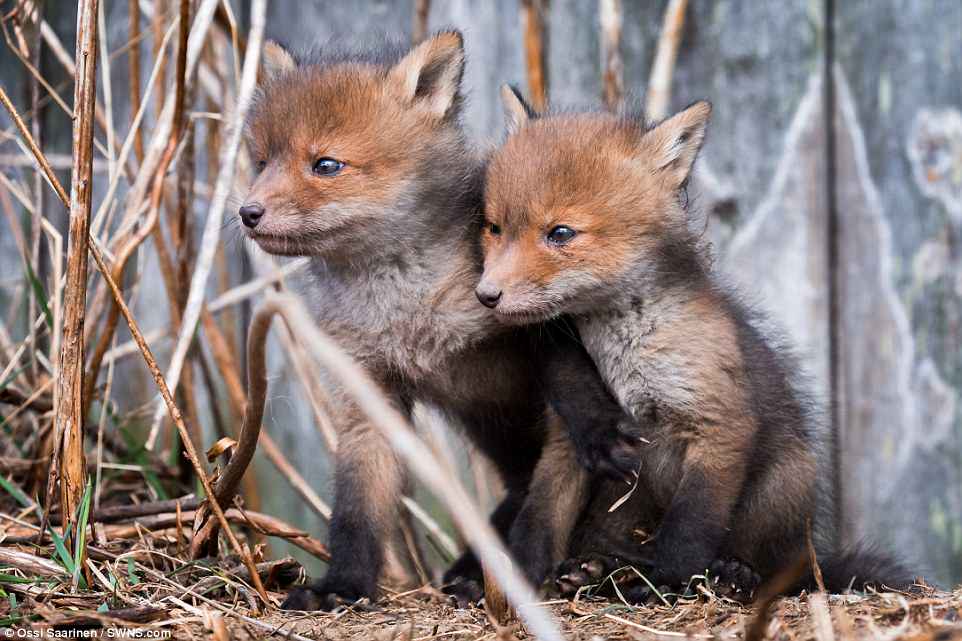 Fox cubs wait for their mother to return. Ossi said the foxes are a challenging subject due to their unpredictable behaviour 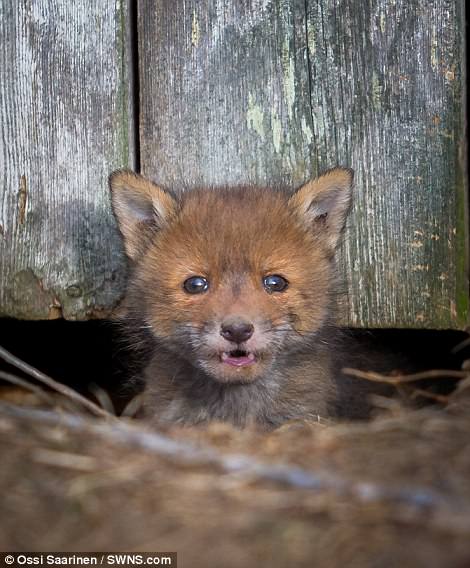 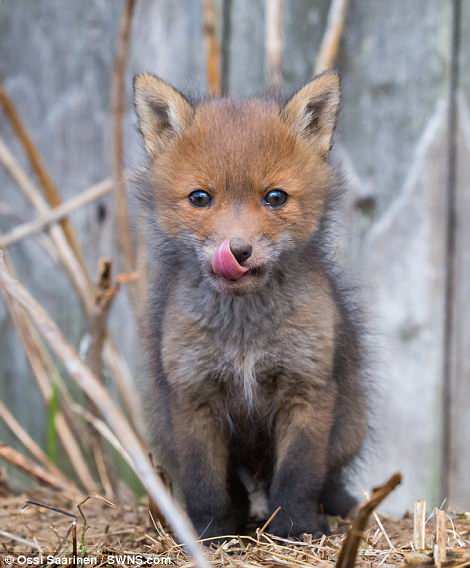 He said: ‘Getting close to foxes is difficult. I prefer is to let them see me and learn I’m not a threat to gain their trust.

‘This way takes usually much more time and doesn’t always work but when it does it’s possible to get very close.

‘I think they are very beautiful animals and their behaviour and life is interesting, however they are also very challenging subject.

‘They don’t show up too often and it requires lot of work to find and get close to them.’

Among Ossi’s awe-inspiring images are stunning shots of the foxes frolicking in rays of sunshine which pierce through the trees of the Sipoonkorpi forest in Finland.

One is captured curled up sleeping in a straw nest and another enjoys a scratch as it basks in a dusk light. 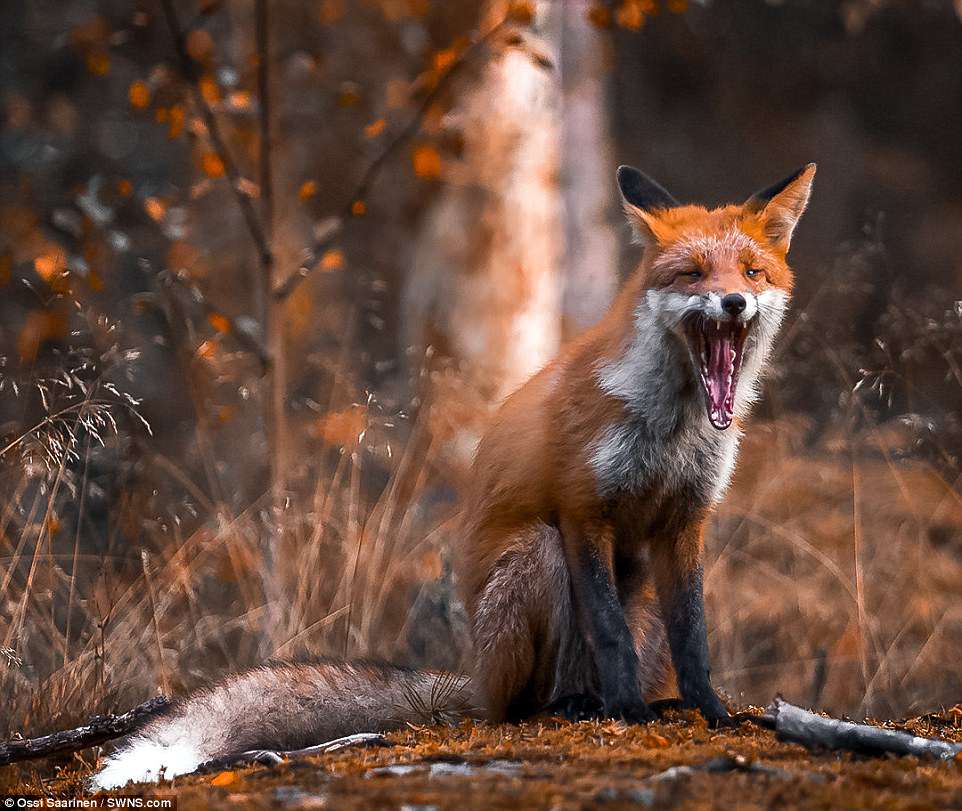 A fox lets out a yawn as it sits on the forest floor. Ossi says he gets to know their movements so he can make the photographs as natural as possible 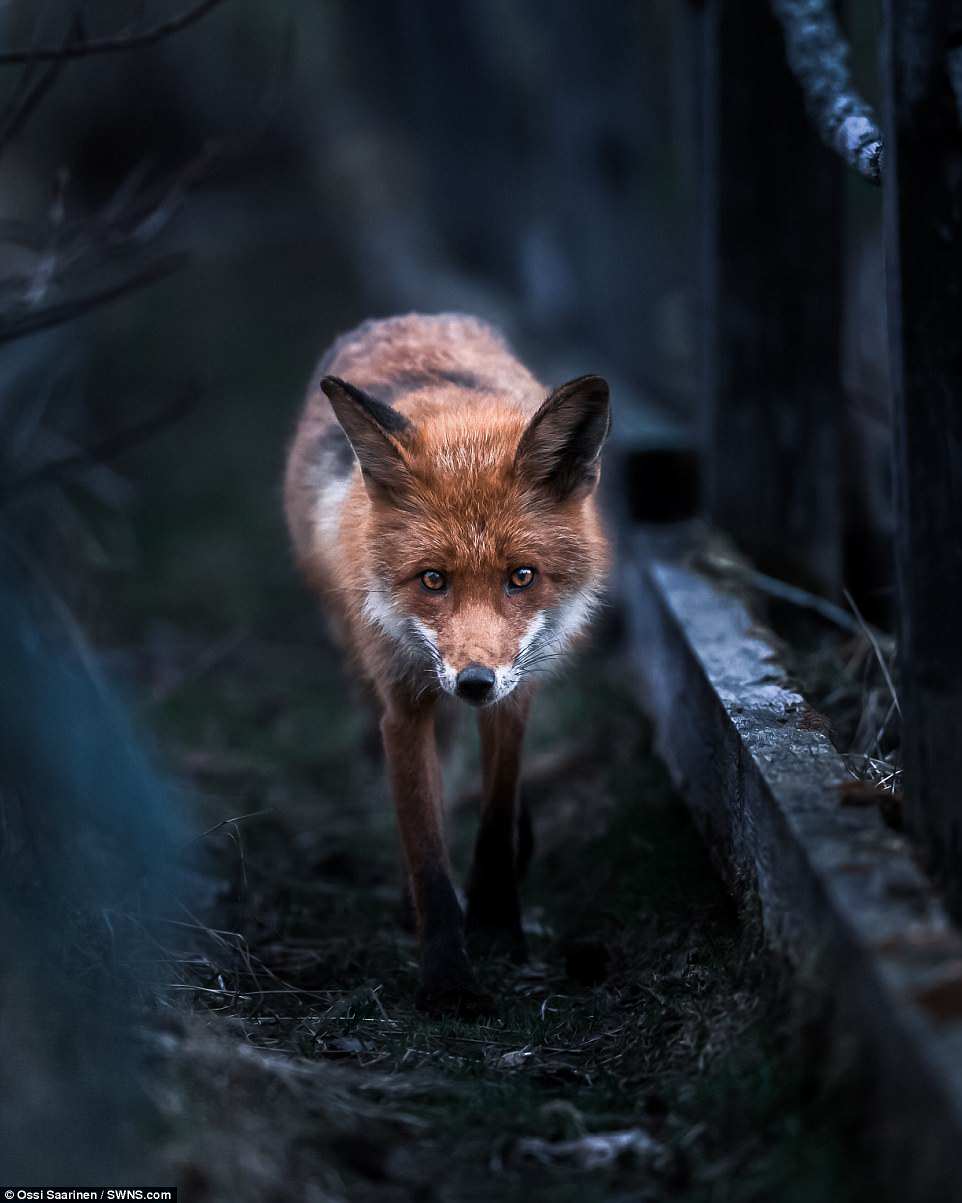 A wild fox walking stealthily along the forest floor, seemingly oblivious to the camera 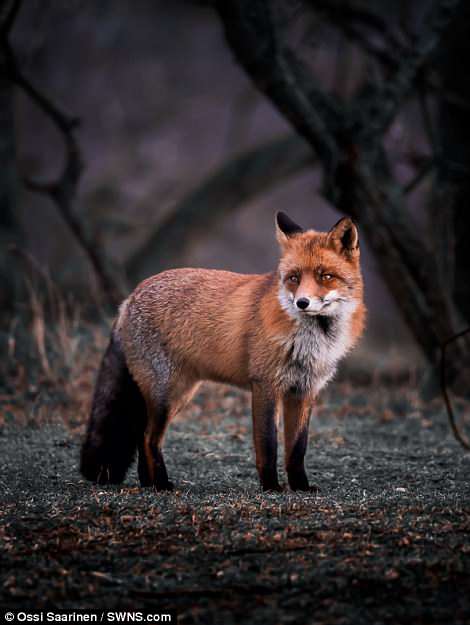 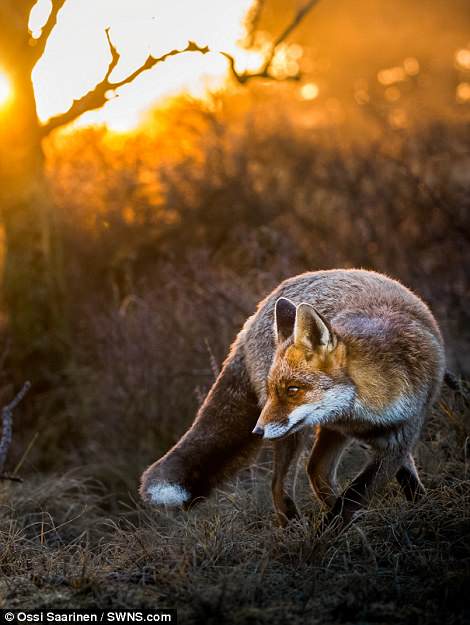 According to Ossi, the best time to photograph the foxes is either dawn or dusk ‘I especially I like photographing young foxes as they are so cute,’ said Ossi 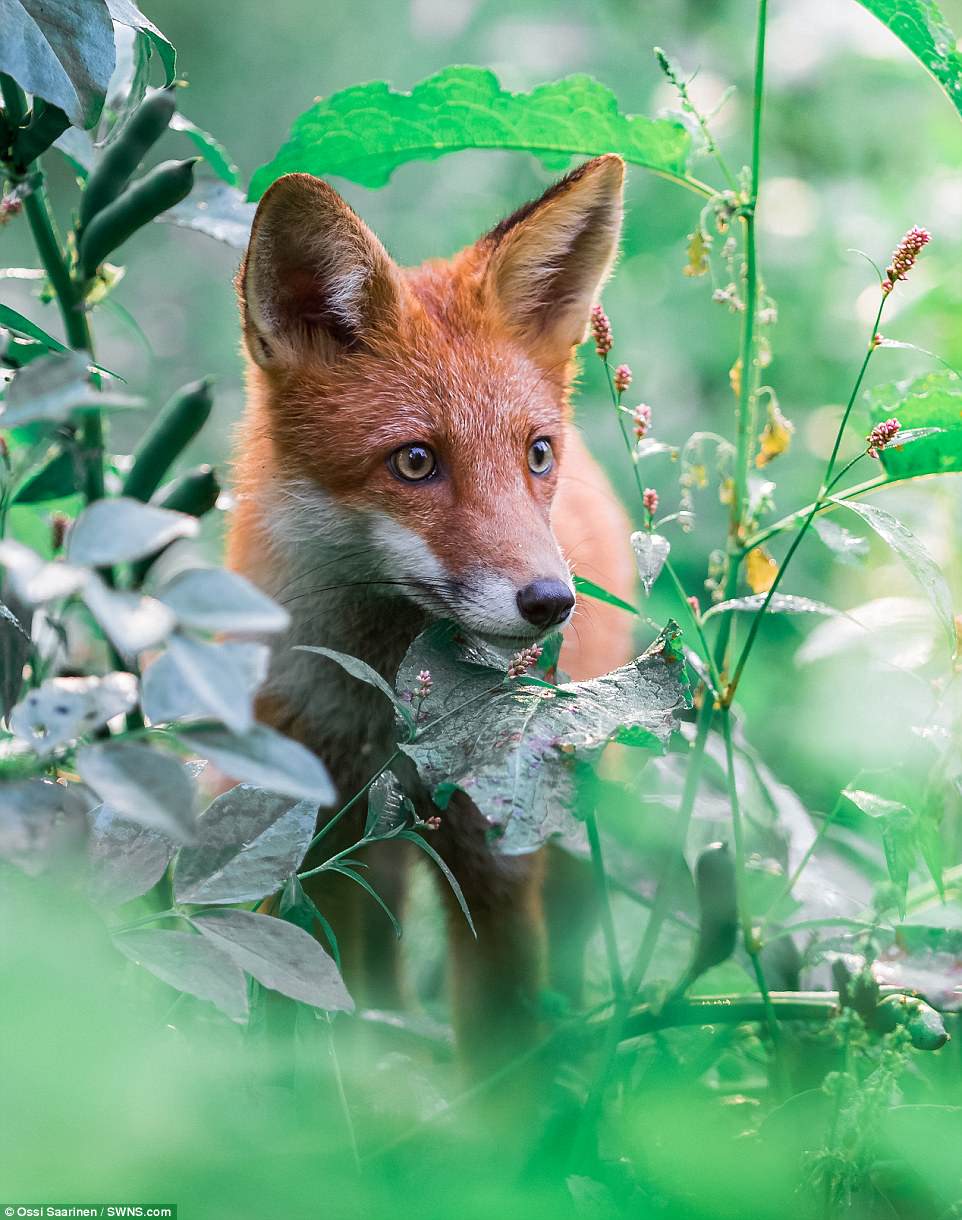 A fox captured in the undergrowth of the Sipoonkorpi forest, an area located near to the Finnish capital, Helsinki 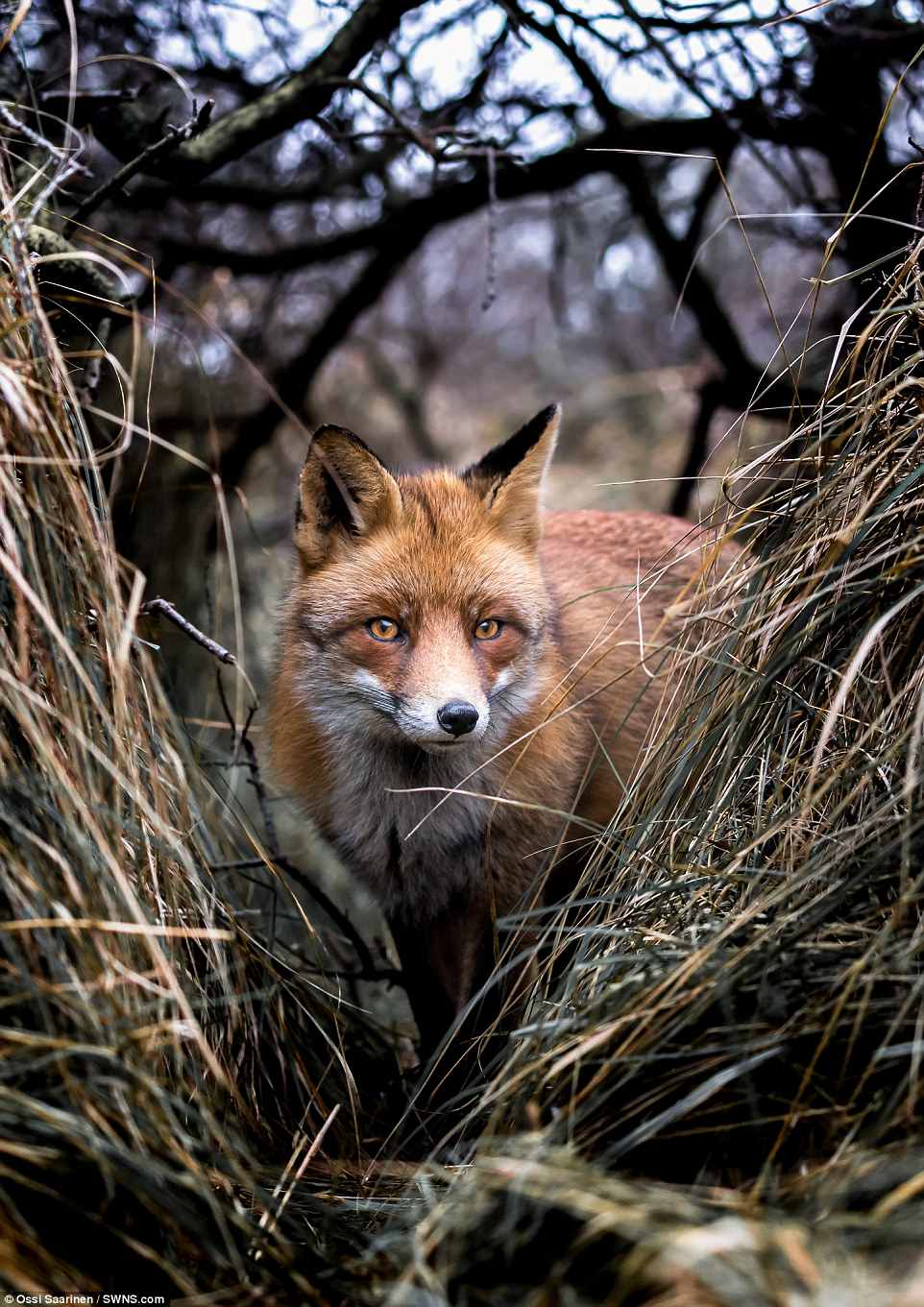 Despite baring their teeth, these two foxes are actually engaging in a bit of play fighting 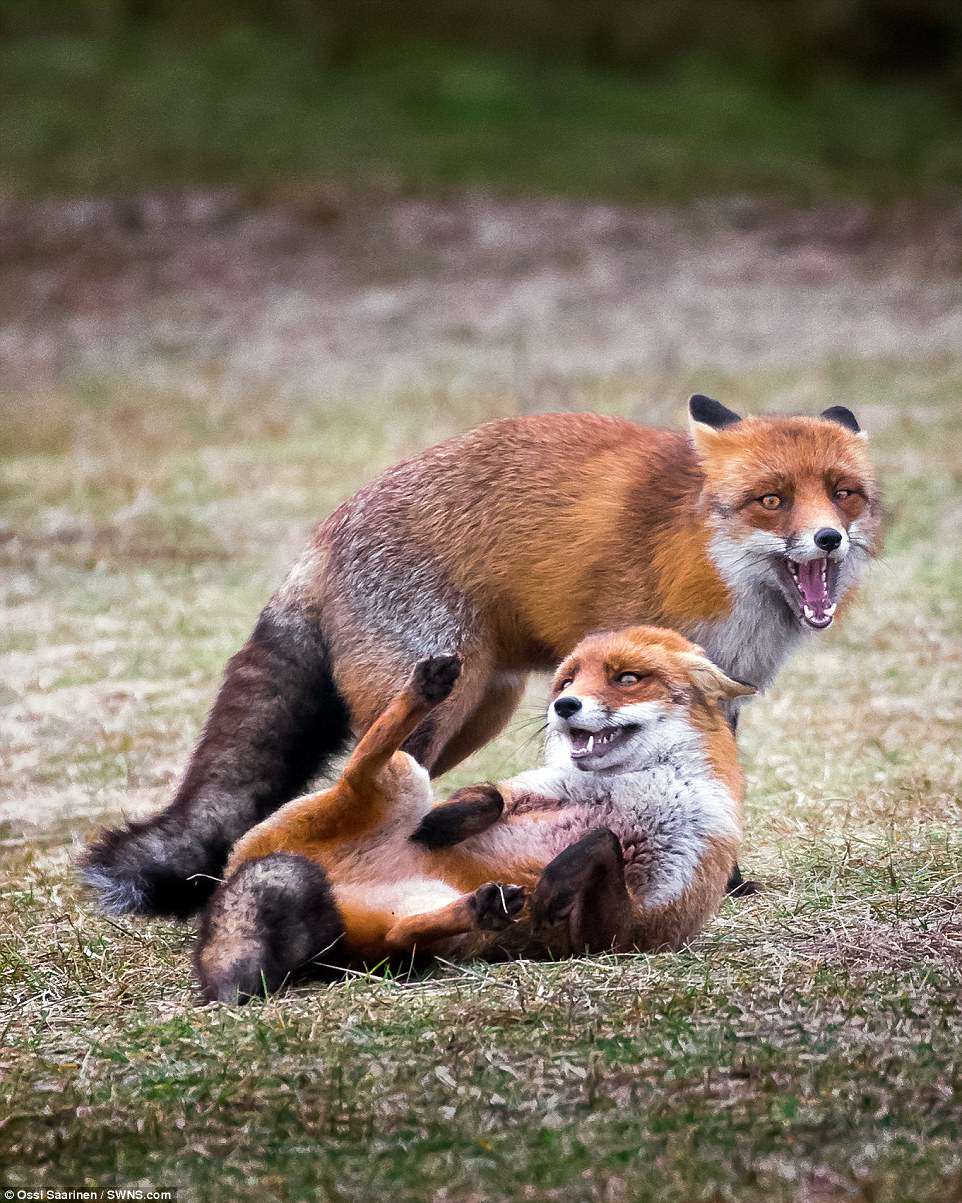 The key to photographing the foxes is to act calm and not make and sudden moves or noises, says Ossi 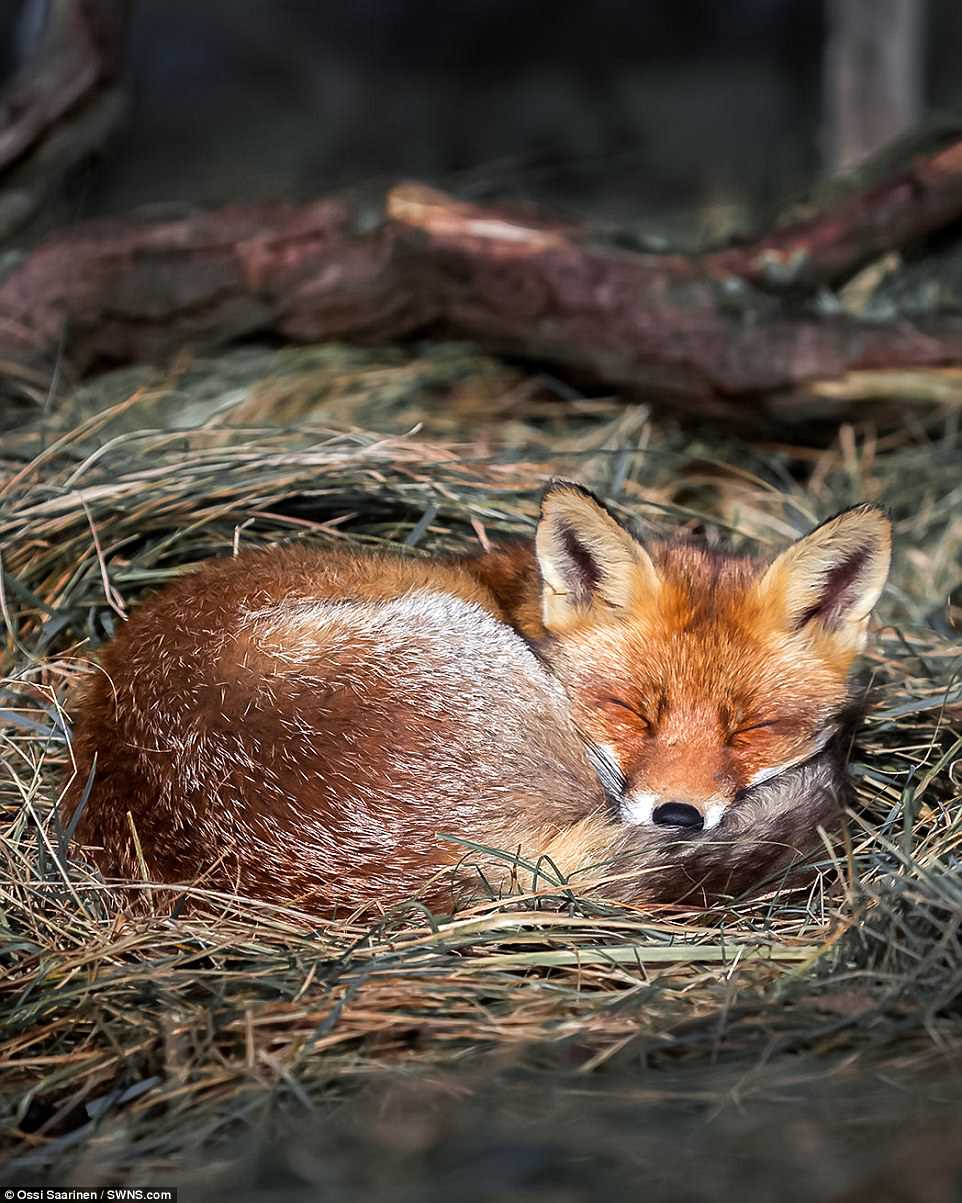 Ossi was quiet enough to be able

Others look majestic as they stroll through the forest matching the orange colours of their bushy fur – while they also show their wild side as they scrap over their next meal.

Ossi, a geography student at Helsinki University, also captured the innocent faces of the foxes’ cute cubs, as they nervously looked out into the big wide world.

‘I especially I like photographing young foxes as they are so cute and their facial expressions are sometimes very funny which somehow make them a bit like humans,’ he said.

‘I try to shoot in a beautiful morning or evening light that makes the photos looks different than if they were taken in normal daylight.

‘I always try to catch them doing something ‘funny’ like scratching their self or with some funny looking face.

‘When I know where and when they move I usually just wait still and quiet until they appear.

‘Usually they let me be around if I act calm and don’t make any sudden moves or high noises.

‘I believe I became some kind of “friend” with them as they started to let me closer and closer all the time.

‘But whenever I found a new fox I need to do all the same process again.’