London: Boris Becker has declared himself a diplomat for a small African country in a bid to stop creditors chasing him for tens of millions of pounds in debts.

The three-time Wimbledon tennis champion was declared bankrupt last summer and earlier this year launched an appeal to find his missing trophies to try to pay off £54 million ($95 million) of debts. 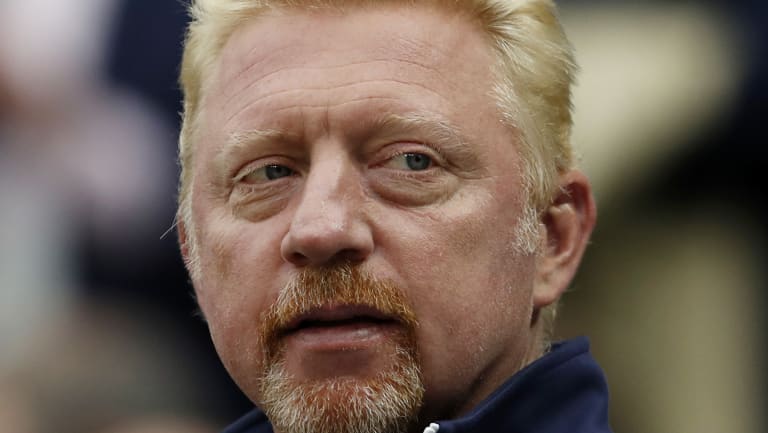 Boris Becker at the Wimbledon Tennis Championships in London in 2016

The German is due to be one of the BBC's commentators when the Wimbledon tennis championships start in a fortnight's time. Now his lawyers have told the High Court that Becker quietly became a "sporting, cultural and humanitarian affairs" attaché for the Central African Republic on April 27.

A defiant Becker said last night he was "immensely proud" of his new role – and attacked the "bunch of anonymous and unaccountable bankers and bureaucrats" chasing him for money.

According to the 1961 Vienna Convention, he cannot be subject to legal process in the courts of any country for so long as he remains a recognised diplomatic agent. He cannot be sued for the cash without the consent of the Central African Republic, while legal claims can only be served on him through diplomatic channels.

Any legal action would require the agreement of Boris Johnson, the Foreign Secretary, as well as the Central African Republic's foreign minister. Experts said that anyone could become a foreign diplomat if invited to do so by the country. 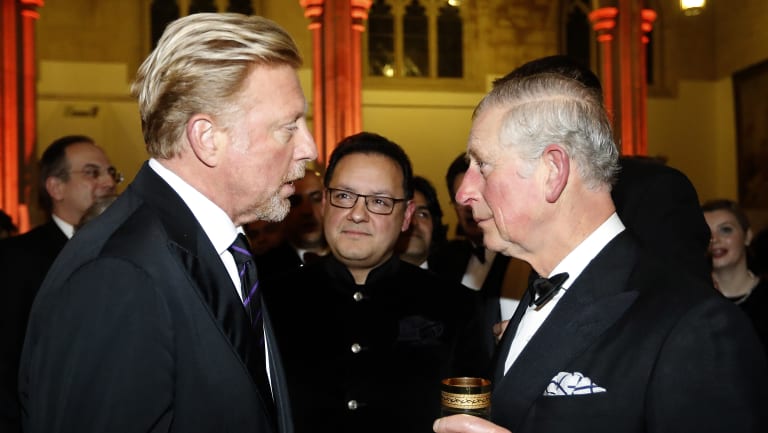 Britain’s Prince Charles, right, speaks to German tennis legend Boris Becker at a reception and dinner for The British Asian Trust at Guildhall in London in 2017.

Becker's decision to become a diplomat could mean that none of the money he is expected to receive for commentating for the BBC at Wimbledon will go to his creditors.

Becker said in a statement: "A bunch of anonymous and unaccountable bankers and bureaucrats pushed me into a completely unnecessary declaration of bankruptcy, which has inflicted a whole heap of damage on me, both commercially and professionally, and on those close to me. I have now asserted diplomatic immunity as I am in fact bound to do, in order to bring this farce to an end, so that I can start to rebuild my life. Once this gravy train for the suits has been stopped in its tracks, my lawyers will turn to the question of compensation."

Becker said he was "immensely proud of my appointment as the sports and culture attaché for the Central African Republic".

"Sport is incredibly important in Africa and is fast becoming a universal language, a form of social diplomacy and a leveller between people from vastly different and unequal social backgrounds," he said.

"My diplomatic role in the Central African Republic allows me to give something meaningful back to sports supporters in one of the poorest parts of the world."

The BBC did not comment. A spokesman for one of his creditors, Arbuthnot Latham & Co, declined to comment.

Becker's bankruptcy followed a £20 million divorce and paternity settlements with his first wife, Barbara, and Angela Ermakova, a Russian model, as well as a two-year suspended sentence for tax evasion.

Germany's Der Spiegel magazine claimed that Becker may have lost his £100 million fortune in part because of questionable investments in the Nigerian oil industry. Becker did not comment on the claim.