Even challenged by extraordinary travel restrictions, our correspondents explored the world’s most compelling places, in 49 countries, although their journeys often became more local, and personal. 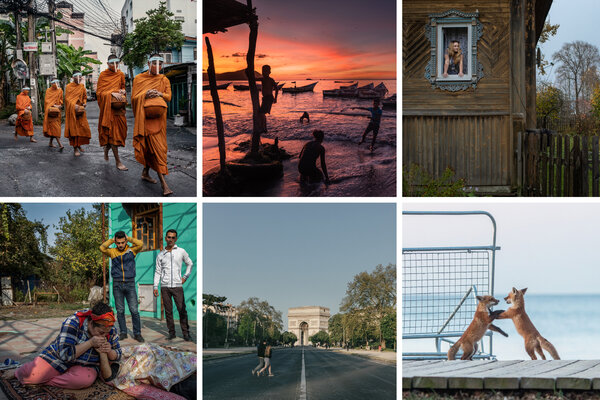 As in more typical years, our correspondents in 2020 sent dispatches from some of the world’s most far-flung, hard-to-access and downright dangerous places — from the deep chill of Siberia to the blazing heat of the Australian Outback; from the wilds of a jaguar preserve in Argentina to the inside of an armored personnel carrier crowded with French Foreign Legion troops in Mali.

With travel restrictions to fight the pandemic imposed almost everywhere, our correspondents had to be more inventive. Instead of getting on a plane — or a boat to a drowning island — they often set off on more local journeys to convey in intensely personal writing how the countries, cities and neighborhoods they called home were experiencing a devastating health crisis.

We were there at the start of the outbreak, with a dispatch in early February from Wuhan, China, the original epicenter, and the first city marooned in the anxious monotony of a lockdown that billions would soon come to endure. Covering the virus so closely meant going into frequent quarantine — four times in three months for Amy Qin.

As the disease spread around the globe, so did our reports, with dispatches covering the effects of the coronavirus on six continents, from a hushed Bogotá to Ottawa, where Canada’s “voice of the nation” continued to ring out; from a shortage of sheep in Senegal to a silent soccer match in Tokyo to a privacy-deprived island in Greece.

In Sydney, Damien Cave dove underwater to report on spearfishing’s appeal in Australia during a pandemic.

Bookstalls were endangered in Paris, bars shuttered in Beirut, baseball stands emptied in Taiwan and London cabs banished to a graveyard. In Indonesia, the global slowdown further immiserated thousands of trash pickers.

As the world took the first tentative steps to reopen this spring, we documented the return to an odd, and temporary, sort of semi-normalcy, taking a 3,700 mile road trip across Europe, from a drive-in disco to one-on-one classical concerts.

The year, mercifully, wasn’t only about the virus. There was militant pageantry on display at the India-Pakistan border, protest art on display in Baghdad and Paris, and love for communism on display at a Chinese lake.

There was mudlarking to try in London, gold to prospect in Scotland, a road race to run in Somaliland, a female lion tamer to meet in Egypt, Lebanese cannabis fields to walk and a Berlin airport to open at long (long!) last.

Correspondents need to eat, and drink, too, and there were ancient dates to savor in Israel, the coolest dive bar in southern Mexico to stop by, coffee to sample in a changing Saudi Arabia and frozen fish to chew in Russia.

Here are the 13 dispatches that were most popular with readers in a year none of us will forget, no matter where we were. 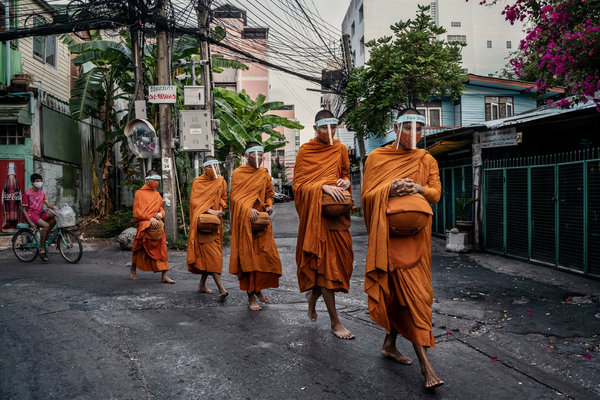 No One Knows What Thailand Is Doing Right, but So Far, It’s Working

Was it the social distancing embedded in Thai culture — the habit of greeting others with a wai, a prayer-like motion, rather than a full embrace — that prevented the runaway transmission of the coronavirus? Did Thailand’s early adoption of face masks blunt the virus’s impact? Is there a genetic component?

Or was it some alchemy of all these factors? We explored what might be the reasons behind Thailand’s low rate of infection in the most-read dispatch of 2020.

Treasure Washes Up on Venezuela’s Shore, Bringing Gold and Hope to a Village

“I began to shake, I cried from joy,” said Yolman Lares, a 25-year-old fisherman who initially stumbled upon the treasure. “It was the first time something special has happened to me.”

A pair of international lovers, 89 and 85 this spring, found a romantic way to (almost) stay in touch during a year of separations, meeting every day at the closed German-Danish border to chat, joke and drink schnapps.

“We’re here because of love,” said Karsten Tüchsen Hansen, a retired German farmer. “Love is the best thing in the world.”

A Danish Children’s TV Show Has This Message: ‘Normal Bodies Look Like This’

Facing the audience of 11- to 13-year-old students, and the TV cameras, five adults stood completely naked, like statues, their arms behind their backs.

“OK, children, does anyone have a question?” asked the show’s host.

Canada’s largest city was politely abiding by a strict coronavirus lockdown. But when a family of foxes set up a den in a prime Toronto location, all bets were off.

“The fox is a little flash of beauty and resourcefulness,” said Al Moritz, Toronto’s poet laureate. “It’s a fugitive and it’s lovely.”

They didn’t have an oven. Their apartment resembled Santa’s workshop set up in a dorm room. But two rookie bakers are thriving in Mexico City.

Their success, a rare bit of good news in a country pummeled by the coronavirus, is a testament to the power of cooking as a survival strategy in Mexico’s food-obsessed capital.

Like Its 2 Royal Guests, Canada’s Most English City Reinvents Itself

Victoria is peppered with Tudor Revival architecture, pubs with names like “the Churchill” and specialty shops selling marmalade jam. Until 1950, its police officers wore bobby-style helmets.

And if Prince Harry ever gets lonesome for royal life while in Canada, he can always visit his great-great-great-great-grandmother, perched at a dining room table over a glass of sherry, her hair lovingly shampooed and fluffed by one of her most devoted subjects.

For Seoul’s Poor, Class Strife in ‘Parasite’ Is Daily Reality

Like the family in the Oscar-winning film, many in Seoul’s so-called dirt-spoon class dwell in basements far below the rich.

“Those living up there,” a 63-year-old taxi driver said, “must look down on people like me like pigs.”

Of Beards and Bubonic Plague: German Village Prays for a (2nd) Miracle

In 1633 the residents of a Bavarian village, ravaged by a pandemic that killed one in four, pledged to God that if he spared those remaining, they would perform the Passion Play — enacting Jesus’ life, death and resurrection — every 10th year forever after.

Another pandemic, 387 years later, forced villagers to abandon that promise.

In Azerbaijan, a String of Explosions, Screams and Then Blood

Caught in an Armenian rocket attack, a New York Times reporting team captured the agony of a dirty war.

A burned-out car still smoldering. Blood smeared on the sidewalk. Shrieking. And a grief-stricken mother, cradling her dead son’s head: “He was coming to tell us something was happening, and he died.”

With the mobs of visitors gone, Paris once again belonged to Parisians this spring.

And, of course, to “les microbes.”

— By Adam Nossiter; photographs by Andrea Mantovani and Dmitry Kostyukov

She Used to Clean City Hall. Now, She Runs It.

In Russia, elections are typically theatrical affairs with the results preordained. Sometimes, though, they go off script.

No one was more surprised to win an election in a Russian village than Marina Udgodskaya, the new mayor, who did not campaign, has no interest in politics and said she had agreed to run only to help her boss. “I like farming,” she said.

In a Tough Year, a Nativity Scene ‘That Has Had Problems’

The Vatican’s Nativity scene this year has prompted much criticism, some head-scratching and a lot of welcome laughter.

The three wise men, life-size and cylindrical, looked as if constructed from ceramic oil drums. Joseph and Mary seemed like enormous, Bible-themed Weebles. And who was that wearing an astronaut’s helmet?