The Gem Spa, a 24-hour corner store, had been transformed overnight into a "Schitibank" – "a new concept bank, in New York's bohemian East Village". 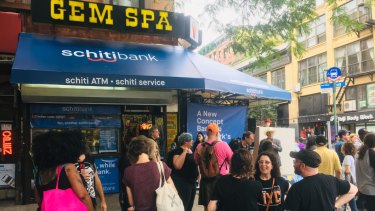 Scenes from a “cash mob” at the Gem Spa corner store. Credit:Matthew Knott

Posters invited customers to "Juul while you bank" [Juul is an e-cigarette] and earn "Robert Mapplethorpe reward points". Mapplethrope was a famous downtown photographer from the 1980s. They could also withdraw cash from "the same schiti ATM used by the New York Dolls".

The bank was a work of protest art. The aim was to lure people into the Gem Spa and make a broader point about the hyper-commercialisation of New York's social and economic life.

Since the 1960s Gem Spa was a focal point of Manhattan's counterculture. Hippies and punks would gather there to buy cigarettes, flick through underground magazines and bum around. 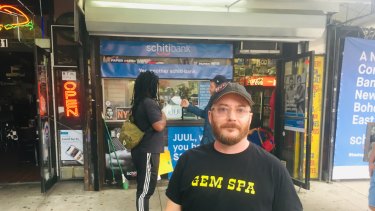 Allen Ginsberg mentioned the store in his poetry. Jean-Michel Basquiat named a painting after it. The New York Dolls featured it on the back of an album cover.

But today Gem Spa is on life support. The store recently lost its cigarette and lotto licenses, and had to suspend sales of newspapers and magazines. Some of the padlocks and emergency ponchos on sale look as if they've been there since the Nixon era.

The store's decline caught the attention of Jeremiah Moss, the author of Vanishing New York: How a Great City Lost Its Soul and founder of a group that supports local small businesses.

Moss contacted a pair of designers who had previously staged a publicity stunt at an old-school deli in Brooklyn that was about to close because of rent hikes.

For the "artisanal landlord price-hike sale", they raised the price of the deli's items 2.5-fold (in line with the rent increase) and labelled everything artisanal. Even the cockroach spray.

Moss asked them to do something similar for Gem Spa, and they came up with Schitibank.

The event was conceptual, but also had a practical element: a "cash mob". This essentially involves getting as many people as possible to spend money at a chosen business.

Gem Spa would usually have only a few customers at any one time; on this day there was a line stretching out the door.

"I've lived in this neighbourhood for 51 years and this place has been everything to us," resident Sheila Meyer said.

"It's one of the last things left of the old East Village. The area has been taken over by chain stores and restaurants that cater to tourists – not us."

Daniel Neudell, who used to visit the store in his youth, said: "St Mark's used to be the epicentre of hippie, weird, queer, radical culture. That's gone now but it's nice to have a reminder of it."

Asked what he liked about the store, he responded instantly: the egg creams. 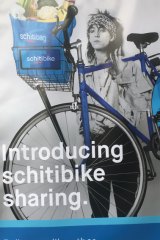 An egg cream is an old-school New York drink with a misleading name. The ingredients are soda water, chocolate syrup and milk, making it a lighter, fizzier alternative to a milkshake. A sign above Gem Spa boasts that it sells the best egg creams in the city.

It was heartening to see so many people opening their wallets, but I couldn't help but wonder if the protest, while well-intentioned, was misguided.

After all, New York has always been a place of frenetic change. Stores open, they close, something new pops up.  The city's dynamism makes it exciting and alive.

Gem Spa thrived in the past because it offered something customers wanted. Can it really survive on goodwill and nostalgia?

A few weeks later, I popped by the store and asked owner Parul Patel how business was going. She said it had predictably died down since the cash mob, and a new ban on flavoured e-cigarettes had cut off a growing revenue source. 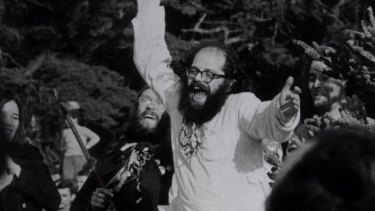 But she was doing a roaring trade selling black Gem Spa T-shirts to young Instagrammers. And the store is stocking magazines again – a small, but important, sign of progress.

"If I didn't believe in it I wouldn't be here," she said. "We have challenges but we're making it work."