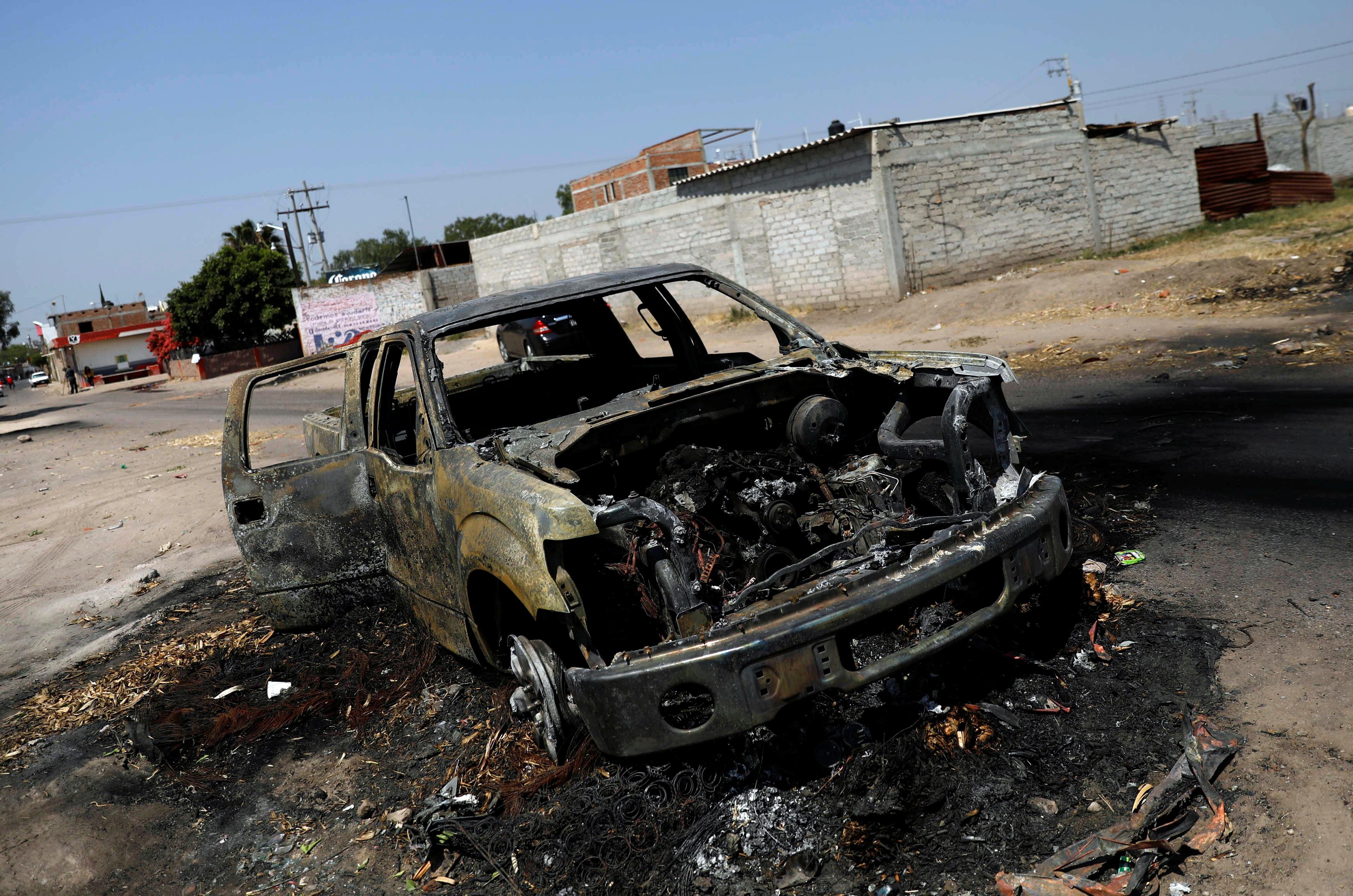 Lopez Obrador said on Wednesday he was winning the battle for hearts and minds against a gang of fuel thieves in the central town of Santa Rosa de Lima, a few miles east of Salamanca, home to one of Mexico’s main oil refineries, and close to a center of the nation’s export-driven auto industry.

But in the grimy settlement of some 2,800 people where authorities say the eponymous Santa Rosa de Lima gang paid residents to obstruct marines and federal police with blockades and burning vehicles and by informing on their movements, some were less certain the government had the upper hand.

“It’s very hard for people to change,” said Pedro Mendez, 52, who sells household goods in the town. “The bad guys know how to get to them and that there are people who’ll take money to do their bidding.”

Others accused security forces of damaging private property and breaking car windows in the raids, while denying they were in cahoots with the gangs.

Santa Rosa is a microcosm of the lawlessness that permeates large swathes of Mexico where cartels have for years replaced the state as benefactors, providing jobs and handouts in return for residents’ loyalty.

It lies in Guanajuato state, part of the country’s industrial heartland that was long peaceful and is a major magnet for carmakers such as Volkswagen, General Motors and Toyota, but that suffered a doubling of murders last year, official data shows.

The effort to capture gang leader Jose Antonio Yepez, known as “El Marro,” or “The Mallet,” and blamed for stealing vast quantities of fuel from the Salamanca refinery, is also a test of the government’s ability to end organized crime’s growing threat to legitimate businesses and ordinary citizens.

Fuel theft costing billions of dollars a year, along with dwindling output, has weighed heavily on state oil firm Pemex, threatening to damage the government’s creditworthiness.

Lopez Obrador’s determination to reassert the government as the main provider of services in anarchic regions is an early hallmark of his presidency, which began on Dec. 1.

He set his sights on fuel theft soon after taking office, turning off oil pipelines and risking a public backlash as lines began to form outside gas stations.

Days after the country’s most famous gangster, Joaquin “El Chapo” Guzman, was convicted in a U.S. court, Lopez Obrador became the first president in decades to visit his home town, cutting the ribbon on a road project.

This week he addressed the violence in Santa Rosa by again urging Mexicans to reject criminal handouts.

“If you need work because of a lack of job opportunities, if you need welfare support, you can depend on us,” he said on Tuesday. “We’re the ones who offer you this.”

His rising popularity in opinion polls suggest Mexicans back the efforts so far.

Eduardo Solis, head of Mexico’s automotive industry lobby, said on Wednesday the situation in Guanajuato was threatening business and had the look of a “crisis.”

Security has sharply deteriorated in the gangland struggle to control fuel rackets, and at 2,609 last year, murders in Guanajuato were over 10 times higher than a decade earlier, official data show.

Hundreds of police and armed forces arrived in Santa Rosa on Sunday to restore order and round up members of the gang.

Yepez has so far evaded detention, though federal forces arrested his sister-in-law, alleged to be his finance chief, along with six others on Tuesday, a security official said.

By Wednesday, the president was saying Santa Rosa had begun to reject the gang’s largesse, which locals said they heard included payments of 1,000 pesos ($52) or more. The burning blockades and protests vanished on Wednesday.

Among evidence authorities have found in raids was a wage envelope stamped with what appeared to be a symbol of a mallet, reading: “Relatives should go out to protest when required.” 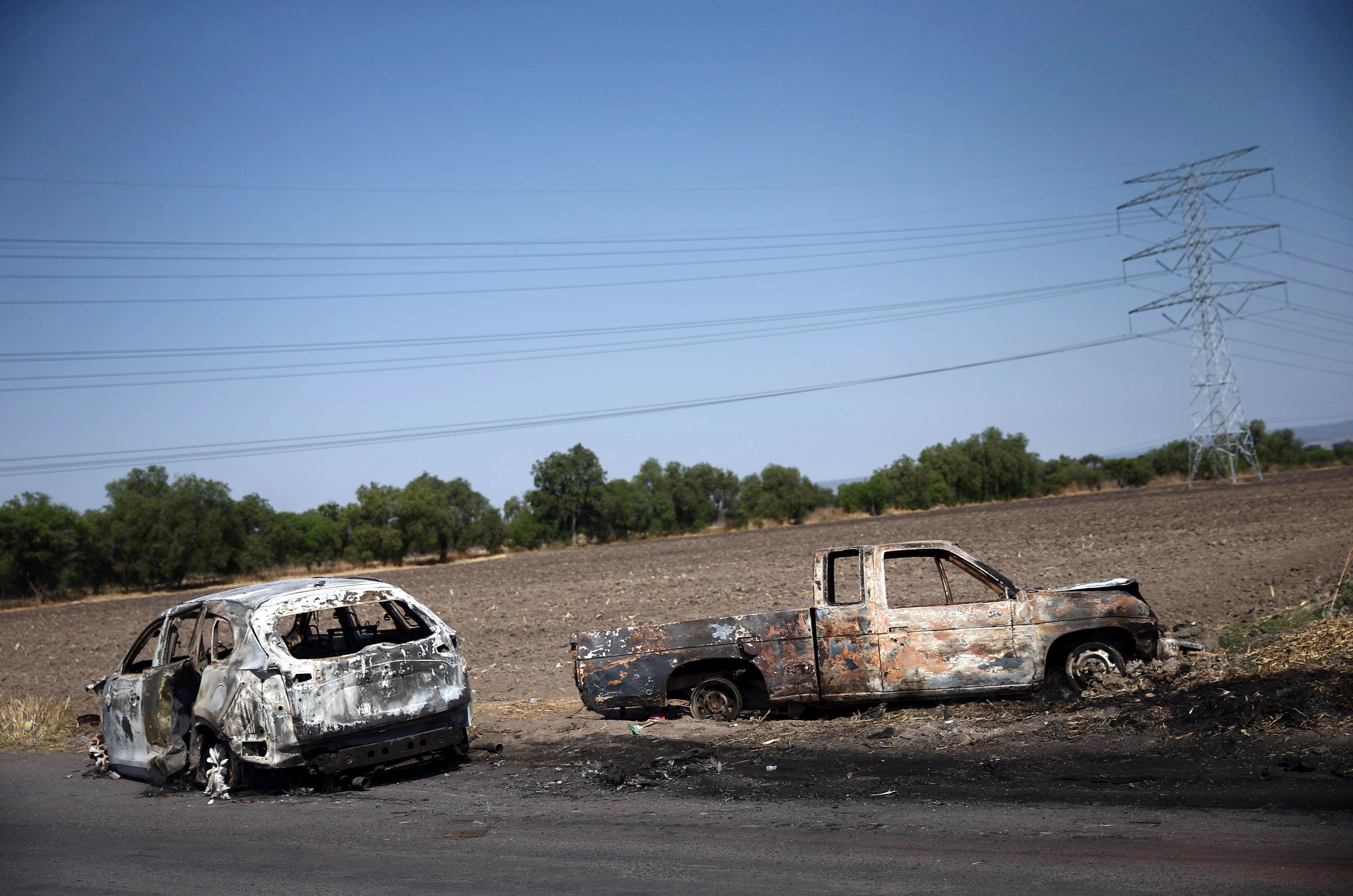 Though reluctant to speak of fuel theft, several residents said they had seen El Marro and that the town was peaceful until “outsiders” began to arrive a few years ago.

Guanajuato’s governor, Diego Sinhue, estimated that around 300 people helped set fire to vehicles, although he defended the town against its infamy as a crime hotbed.

“I’m afraid to go out. If I leave the house something could happen to me because I can see the government’s angry,” said Estela Mendoza, a 44-year-old grandmother, speaking through a hatch in the door of the modest house she shares with her family and which she said she had not left since Sunday.