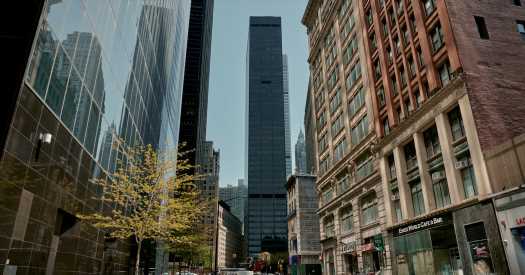 No other city in the United States must confront the changing workplace more so than New York, whose offices before the pandemic attracted 1.6 million commuters every day and helped sustain a swath of the economy, from shops to restaurants to Broadway theaters. The pandemic has also placed enormous pressure on the commercial real estate sector, a pillar of the New York economy, as landlords rush to redesign offices and dangle incentives like lower rent to retain and attract companies.

Across Manhattan, 18.7 percent of all office space is available for lease, more than double the rate from before the pandemic, according to Newmark, a real estate services company.

Kathryn Wylde, the president of the Partnership for New York City, an influential business organization, said that New York City was facing its biggest crisis since the 1970s, when half of the city’s 125 Fortune 500 companies moved out.

“This is as close as we’ve come to that type of scenario where there’s an exodus from the city, and the recovery took 30 years,” Ms. Wylde said. “The city has to attract people for reasons other than going to the office.”

There are signs that the situation in New York could get worse. A third of leases at large Manhattan buildings will expire over the next three years, according to CBRE, a commercial real estate services company, and companies have made clear that they will need significantly less space.