Madrid Police shared the clip of the tiny pooch, named Poncho, leaping into action after an officer suddenly falls to the ground during a training exercise. 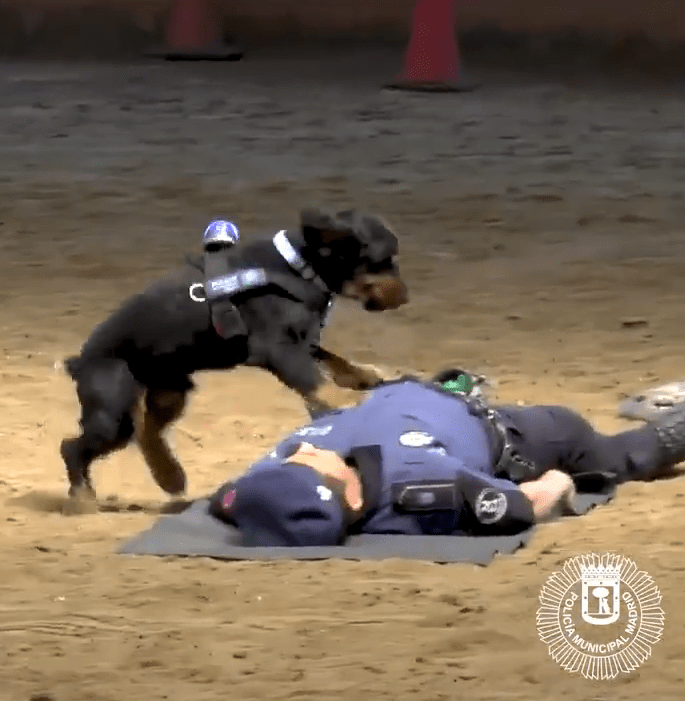 The dog is seen bounding over and immediately begins to jump up and down on his chest with his front paws in an attempt to wake him.

When the officer fails to respond, the dog – who is wearing a flashing blue police light on his back – then places his ear next to his mouth as he tries to listen for breathing.

Realising that the man is still alive, he tries again to rouse him by jumping up and down on his chest and repeats his actions of listening for breathing.

A few seconds later the handler is "revived" and sits up to give the dog a treat much to the joy of the audience, who can be heard applauding the amazing lifesaving display. 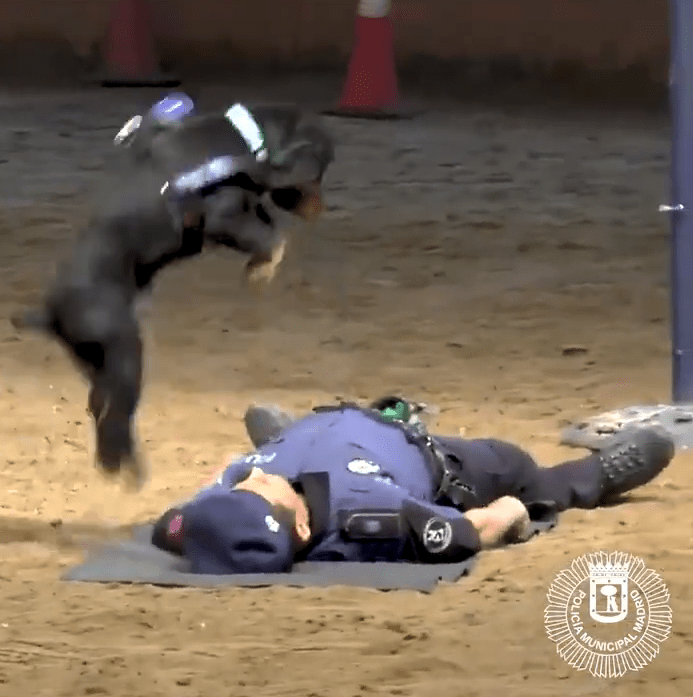 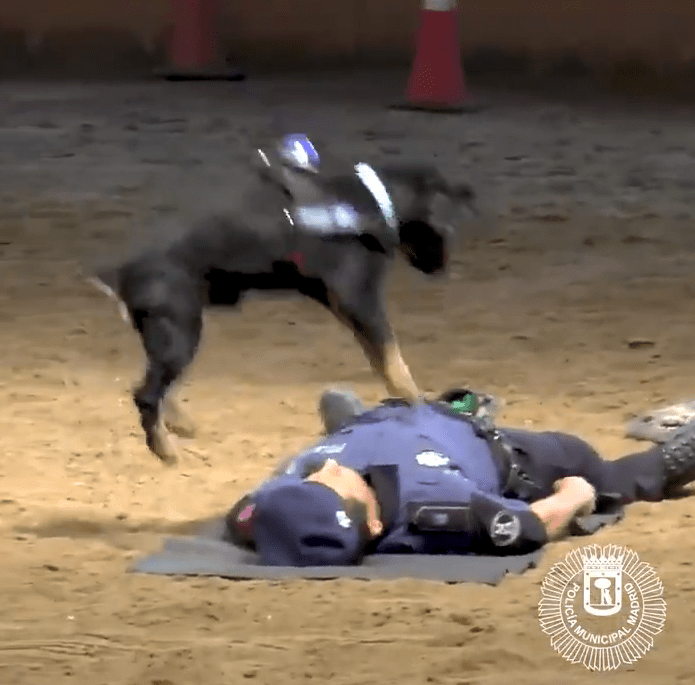 Posting the video on its Twitter page, Policía de Madrid said: "Heroic’ performance of our #Compañerosde4Patas Poncho, who did not hesitate for an instant to 'Save the Life' of the agent, practicing #RCP in a masterful way."

The ended the tweet with a quote from the 19th century American humorist, Josh Billings: "The dog is the only being in the world that will love you more than you love yourself."

The video has already been viewed more than 2million times since it was uploaded three days ago.

It comes after another clever canine "performed CPR" on his handler at last year's Crufts. 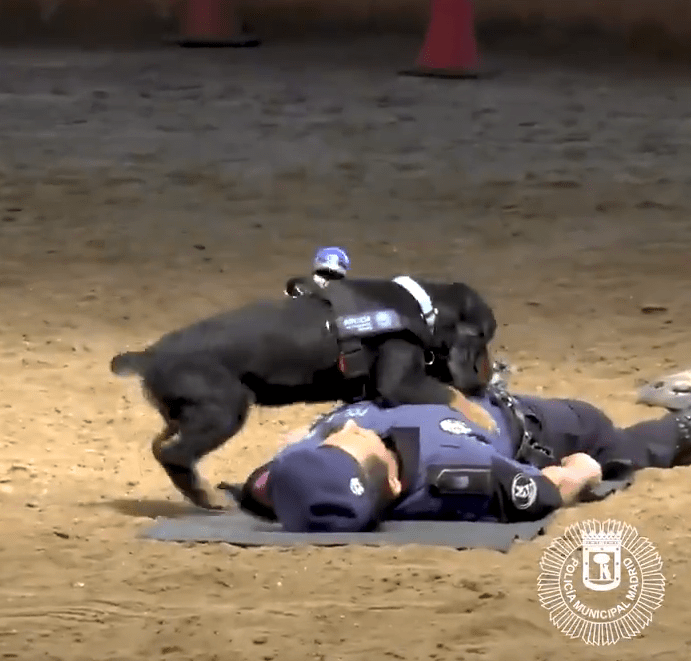 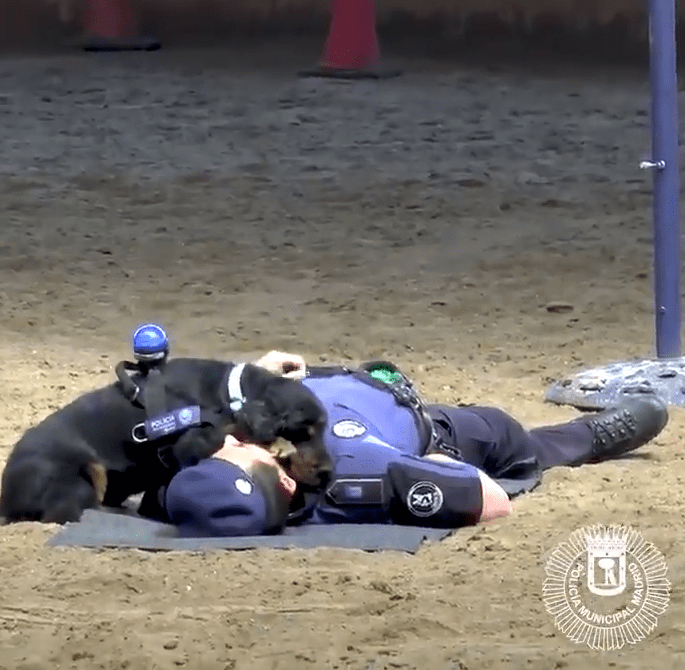 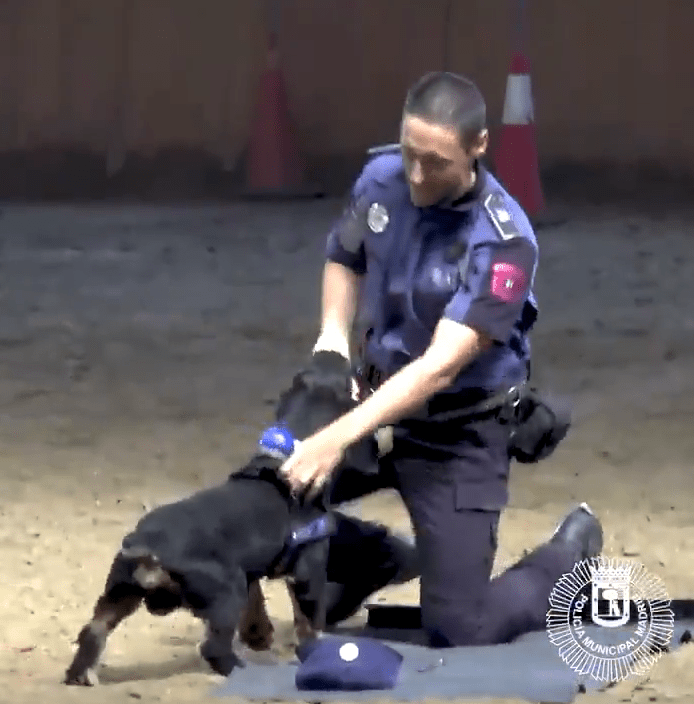 Talented pair Deril and Lusy Imbergova, who starred on Italy's Got Talent, held an amazing four-minute military-themed routine at the world's largest dog show in 2017.

When Lusy pretends to have been hit by a grenade and plays dead, Deril begins bouncing up and down her chest before giving mouth to mouth.

Not once but three times the smart Belgian Shepherd bounces up and down, pressing his paws on his beloved trainer before she springs back to life.

Experts are yet to say whether a dog can perform forceful enough compression to carry out CPR effectively, but there's certainly been cases of mutts managing to rouse people when they are knocked unconscious. 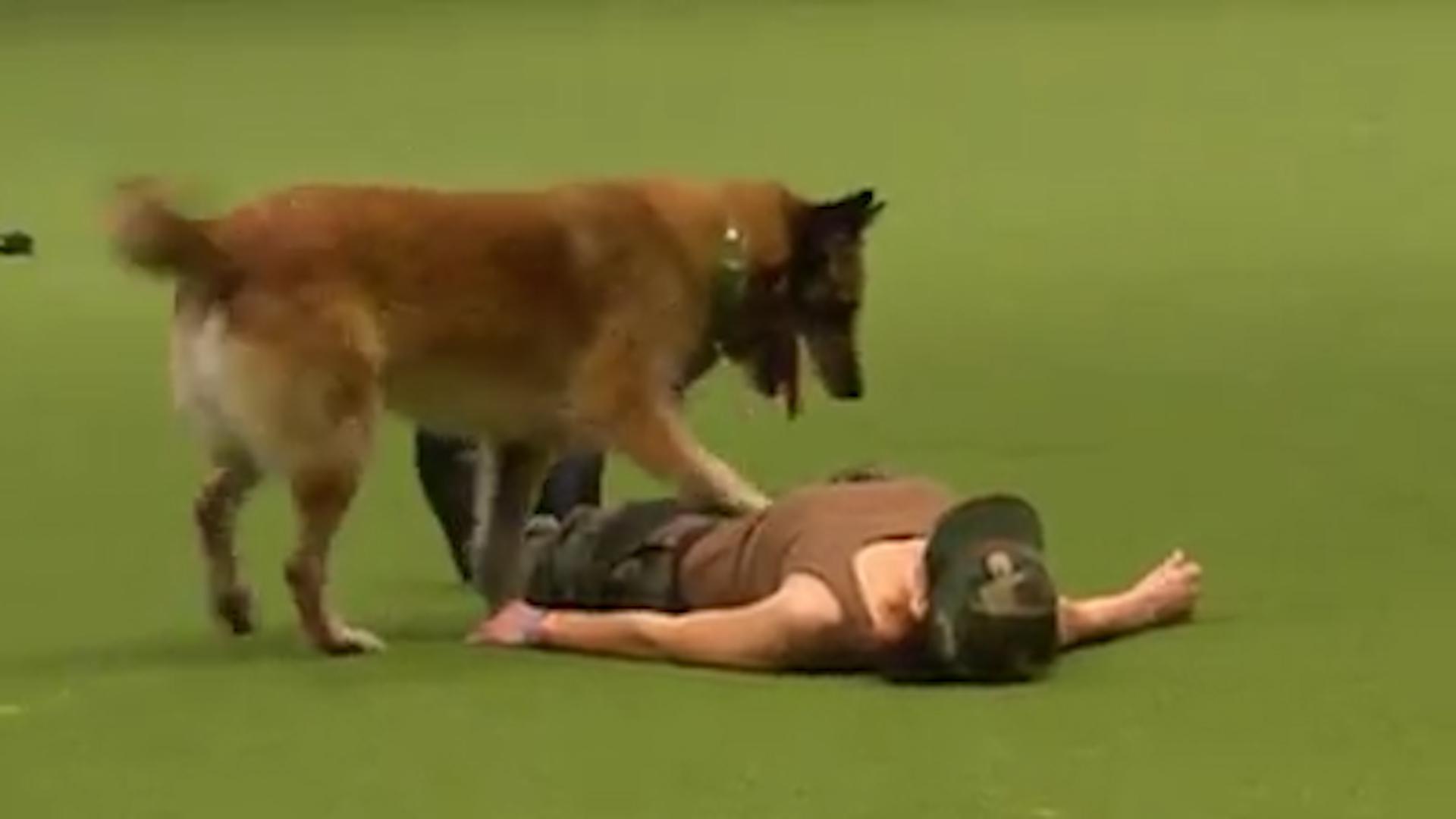 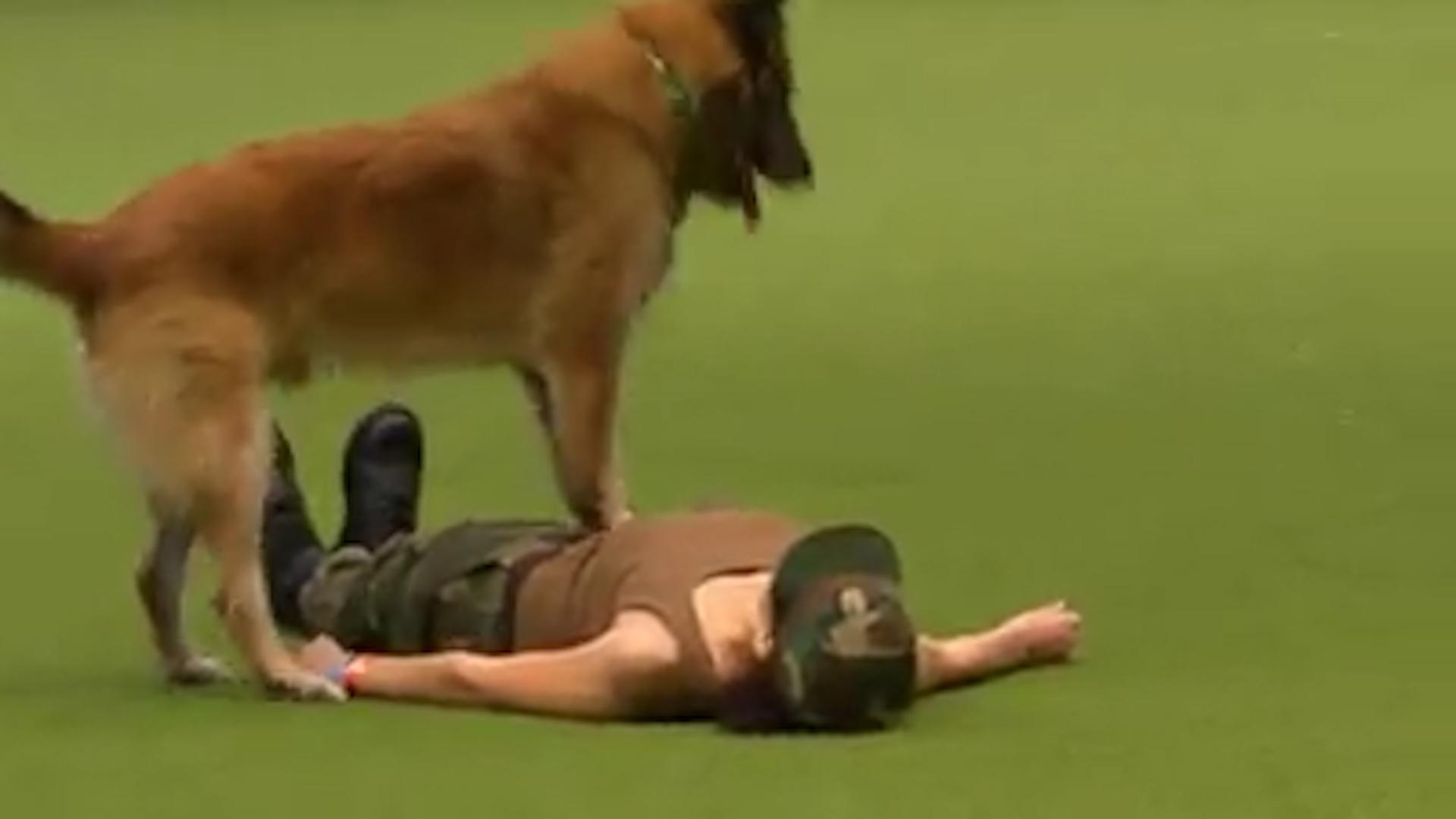 In 2007, a cattle dog named Teka was credited with helping save her owner's life after he collapsed and suffered a massive heart attack.

She jumped up and down on Jim Touzeau's chest and barked in his face which was enough to rouse him so he could call for help.

Medical experts were unable to confirm whether the canine CPR had any medical impact but say Mr Touzeau would not be alive today if not for Teka's efforts, the Brisbane Times reported.

He told the newspaper at the time: "I don't know if she actually kick-started my heart. But the doctors said that if I hadn't come to and called for help the chances are I would be dead."

Teka was awarded the RSPCA's animal achievement award for her live-saving efforts.